Slow cooker spaghetti squash is such a great healthy food trick to know about. Use it in place of pasta with your favourite sauces, or even in place of noodles in stir fry!

If you’ve been following along with this blog for awhile, then you know that I really love a good healthy food trick. I’ve shared quite a few over the years, but lately I’ve really been trying to re-commit myself to using my crock pot even more often than before to make cooking for my family easier. Since a lot of slow cooker meals end up being pretty indulgent, I like the challenge of coming up with ways to use my slow cooker to not only make cooking easier, but to make sure I always have a good supply of healthy food ready to go. Actually, there are a ton of healthy foods that you can prepare easily with your slow cooker once you start thinking about it, it just seems like no one likes to talk about them that much. 🙂 This slow cooker spaghetti squash is a new favourite of mine.

OK, so truthfully, I’ve shared how to make squash in the crock pot before, but I thought this particular recipe deserved a blog post of its own. When people are looking to make squash, they usually have one type of a recipe in mind, but when they’re going for spaghetti squash, it’s often because they’re looking for a healthier, more veg-ified noodle alternative. I thought it would be good to talk specifically about the spaghetti squash today to cater to those who are looking specifically for an easy, healthy noodle/pasta replacement, and also so I can show you how the spaghetti squash looks when it’s done. 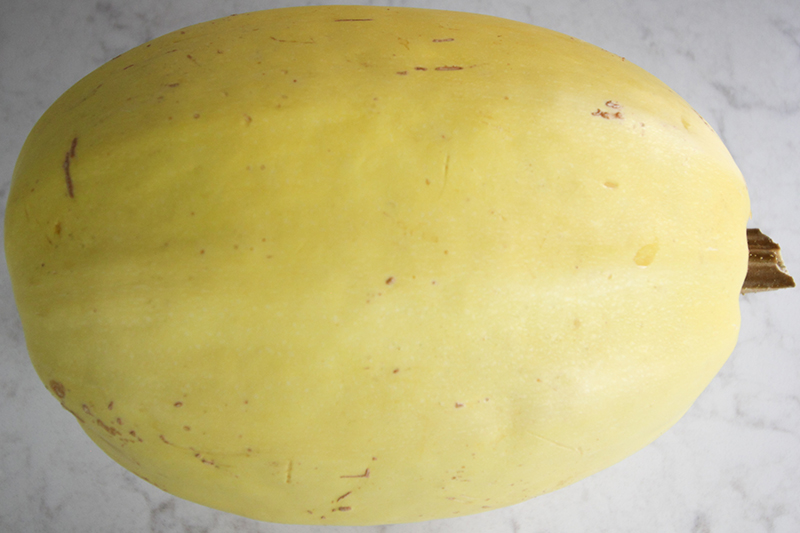 To prepare your squash for slow-cooking, first wash it well, dry it, then cut it in half or in quarters depending on the size of the squash and your crock pot. 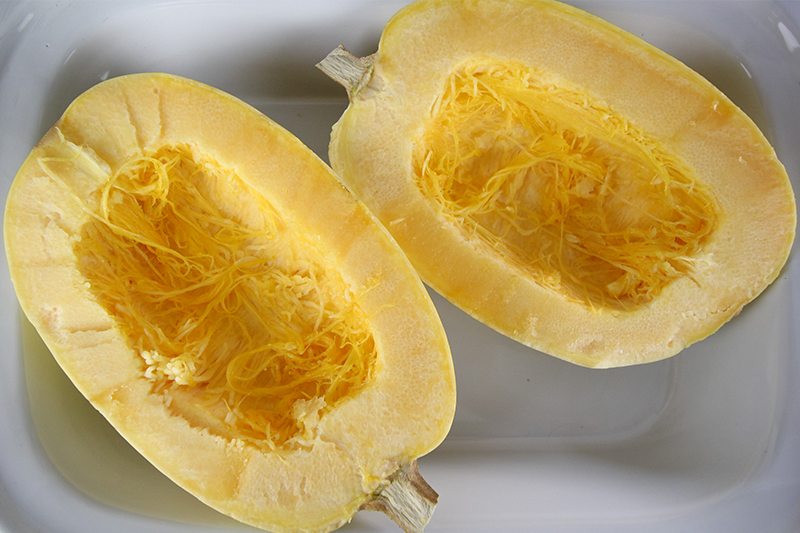 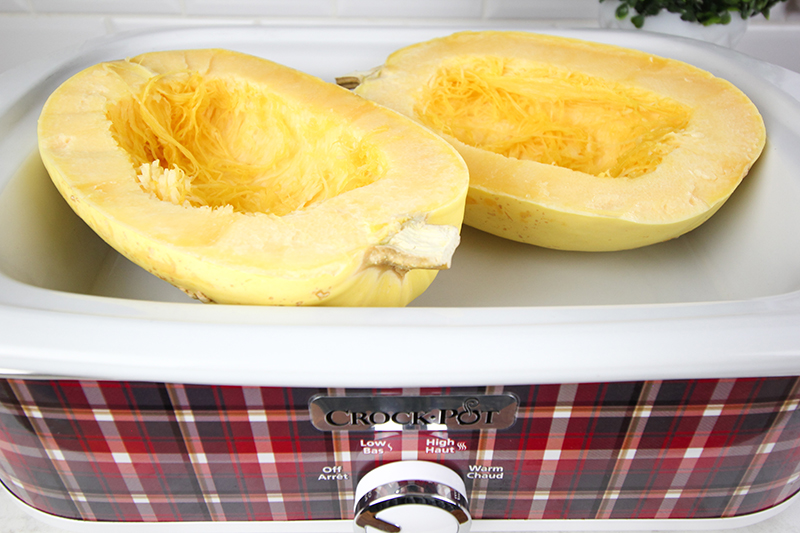 Literally all you need to do is stick the squash in the slow cooker, turn it on low and let it cook! The great thing about simple foods like this is that they’re the healthiest foods and they’re also the easiest to prepare. 🙂

After about 6 hours, you should have something that looks like this: 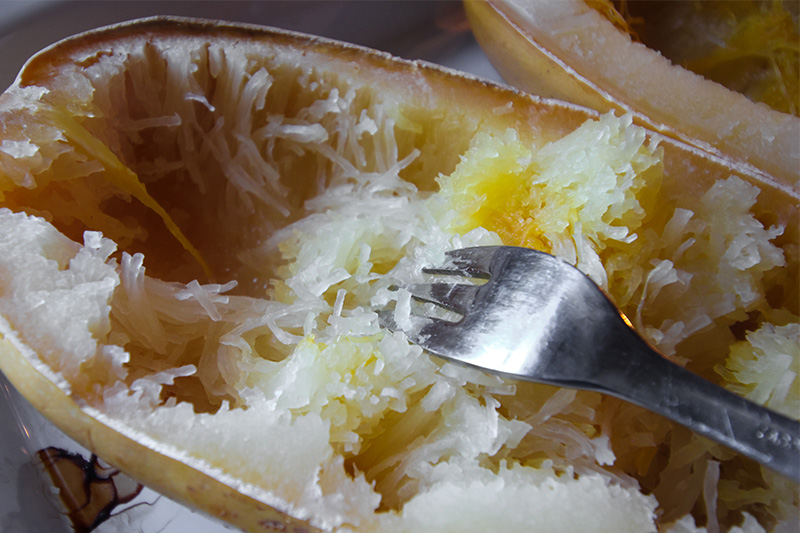 Use a fork to scrape the noodley bits out a little bit and separate them, then scoop everything out and serve it directly onto your plate! 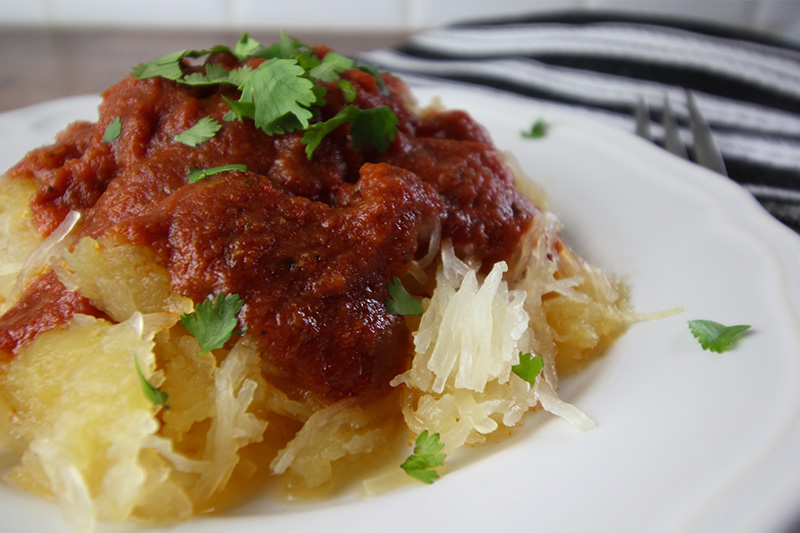