In today’s post I’ll share how we’ve started the process of creating a naturalized meadow garden in one small section of our property – something we’ve always wanted to do!

We have a really weirdly-shaped property, something that I think most people would really not like, but it’s actually something that really attracted me to this place when we first bought it. We only have about an acre and a half here and it’s spread out in a long, skinny stretch of land, with the road in front and the creek running behind it. It’s the kind of property that has often made people say “What the heck are you supposed to do with a piece of property like that?” When I first saw it, I immediately loved that the piece of land was so long and skinny because it meant that it would take quite a long time to walk from one end to the other and I could create my own little walking route. And that’s kind of how this naturalized meadow garden plan started to form!

Why This Type of Garden is Perfect for This Spot 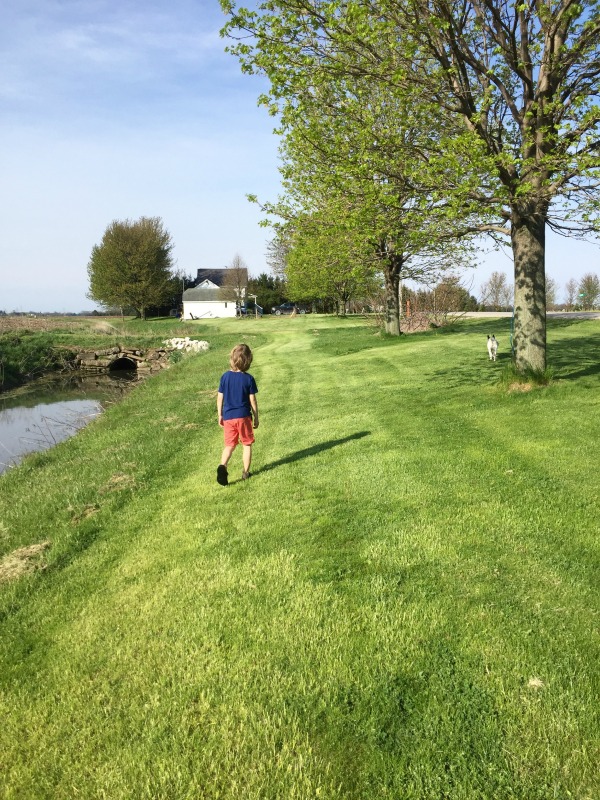 One of the reasons that I was really interested in naturalizing this part of our property is that it runs right next to the road, which can be pretty busy at times, at least as far as country roads go. I really wanted to be able to create some kind of barrier between the traffic and where we walk, so that we can kind of get the sense of being away from everything, just for a little while. A little grove of sumacs popped up on a pile of rocks we placed here temporarily a few years ago and we loved them so much that we just left them. We’re now allowing them to spread out a bit further so we can enjoy their shielding capabilities along that section of road. 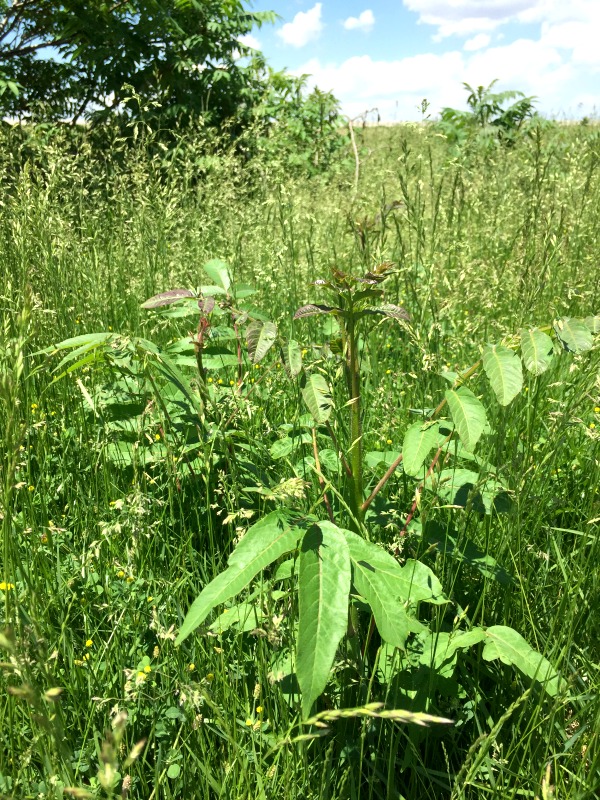 Of course, this requires no work on our part because sumacs spread pretty happily all on their own, which brings me to the other perfect thing about a garden like this: It’s basically zero maintenance.

We spend so many hours every week in the summer cutting our lawn and this allows us to cut a little bit less! The only thing we need to do is cut the path that runs down the middle and that takes almost no time at all.

The Beginning Stages of the Naturalized Meadow Garden

I would really like to just leave this part of our property to do its own thing naturally. We’ve left the creek banks alone for the last several years, after they’d been cut regularly by the previous owners, and it’s been really neat to see more and more varieties of wildflower popping up every year. This spring, the Dame’s Rocket along the creek was really spectacular and that’s something we didn’t have at all until a year or two ago. 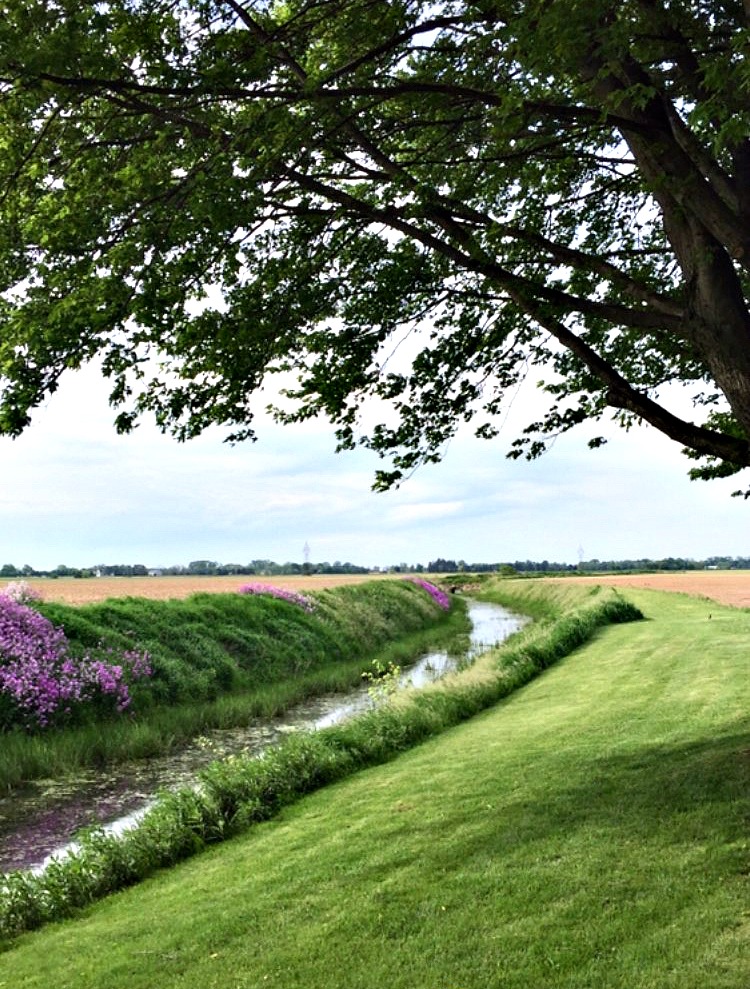 I love the idea of just watching nature do its thing and hopefully seeing the garden getting more and more colourful every year and so far, all we’ve done is just stopped cutting that little section, allowing the grass to get long. I’m hoping for a little common milkweed this year, but I don’t really expect much else.

I discovered this “swamp milkweed” last August growing next to the creek so I’m hoping for some of that one day too. Such an unattractive name for a such an elegant flower, don’t you think? Ha! 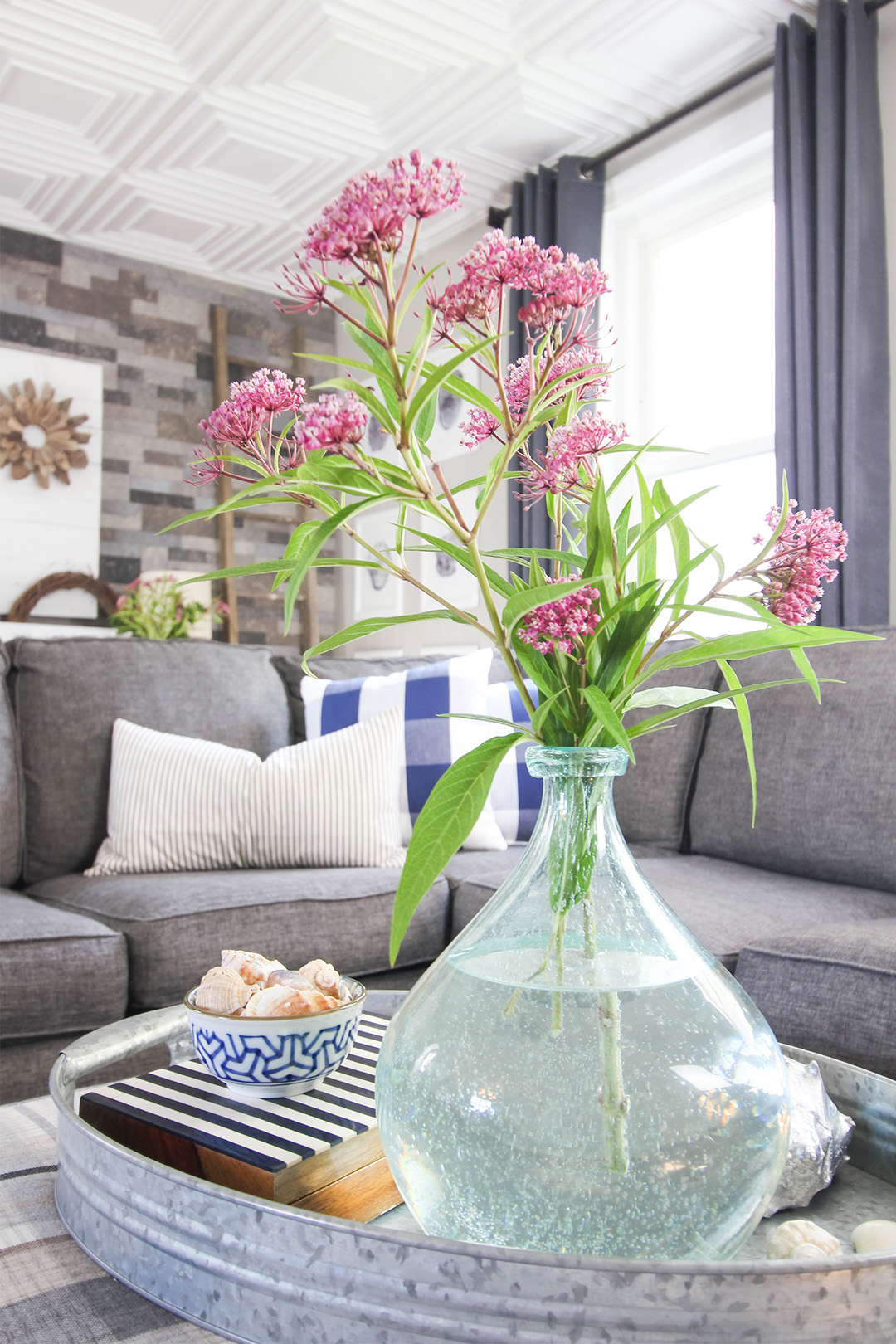 I’ve also seen some really beauitful examples of meadow gardens that are somewhat natural, but have also been helped along with a few different flowers added in, either wildflower seeds, or just regular perennials. I’m not ruling that out completely either, and I may consider adding one or two things here and there if inspiration strikes.

I’m on the lookout for a few books about this style of garden, so let me know if you have any favourites! Most of the ones that really caught my eye seem to be out of print now, but this one called Garden Wild seems promising.

Here you can see how our little “meadow” looked the first week that we left it to grow. 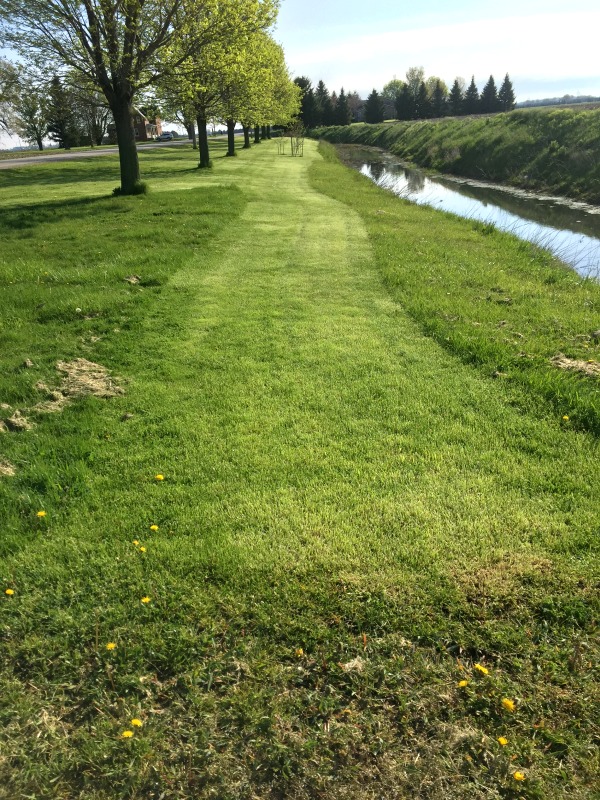 And here’s how it looks now! 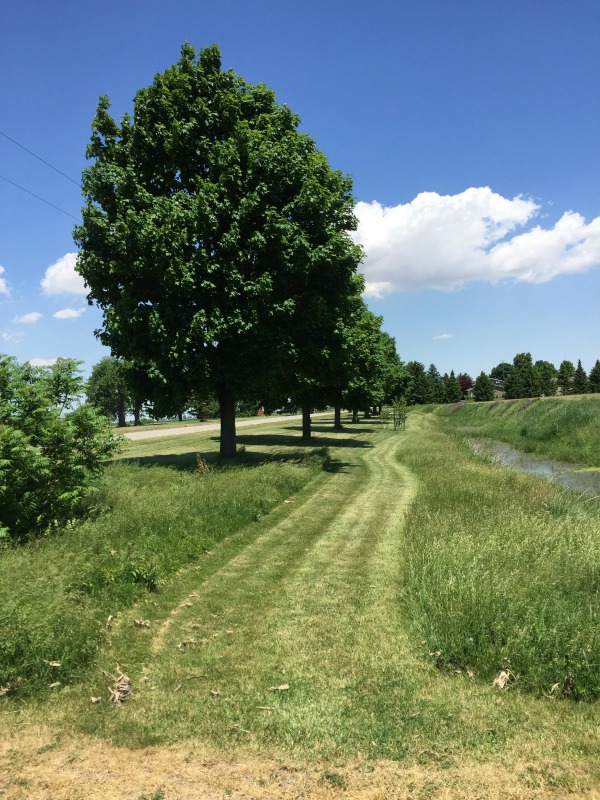 There isn’t much a difference yet, visually, but I do have to say that this garden is already doing exactly what I had hoped it would do, even at the very beginning stages. It’s drawing us out to this end of the property a little more often, and it’s making us stop to take notice of what’s happening as nature takes over and works its magic. It’s really a great learning opportunity for the whole family and it’s just generally good for all of us, I think. 🙂

So that’s the newest “gardening” development over here, if you can call it that! Do you have a natural or semi-natural garden? What tips do you have for us?