It’s easy to grow this leafy green superfood right in your own backyard garden or even in containers! Here’s everything you need to know about how to grow kale!

Kale has gotten itself quite the little reputation over the last few years as being a really super healthy food, and for good reason! Kale has been so hyped up over the last little while that it kind of seemed to me like it must be a really special, finicky thing to grow. Last year I decided to give growing kale a try and I thought I was in for a bit of an adventure, because I was sure it was going to be kind of a trial and error thing. It ended up being pretty much the easiest thing I’ve ever grown and we were eating fresh, organic kale harvested right from our garden all summer long! I thought I’d share what I’ve learned about how to grow kale today so you can add it to your garden too and enjoy it like we have been.

How to Grow Kale: Why It’s One of My Favourite Things to Grow Now

The first thing that I found to be a really pleasant surprise about kale was how quickly it grows. If you’ve ever grown radishes, then you know that they’re one of the fastest-growing veggies out there. You plant the seeds in the garden and about three weeks later, you’re ready to harvest. You’re pretty much on the same schedule with kale. You’ll have smaller salad-green size leaves in about two or three weeks from the time you plant. A few days later they’ll be quite large.

Kale is fun as well because you can keep harvesting leaves from the same plants over and over again and they’ll just keep regrowing, just like with other salad greens. You just don’t have to wait as long for them. 🙂

I was also really happy to find that kale is both a cool season and a hot season plant. It does well in early spring or later into the fall, but it also really thrived when we planted a few rows of it in the peak heat of July just to see what would happen. It’s basically just happy all the time. Here I am last summer standing awkwardly with some Kale from our garden wearing a shirt that says Kale, because of course. 🙂 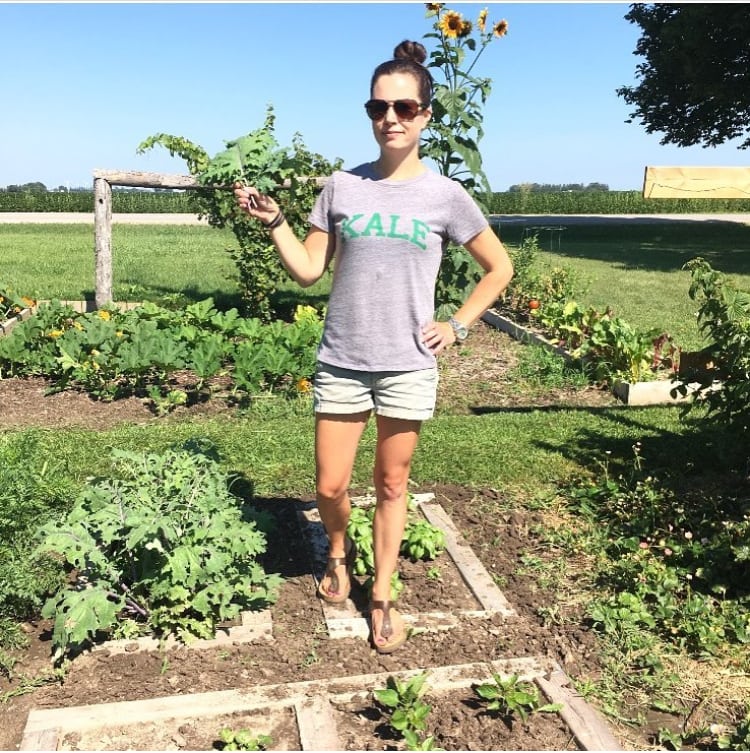 How to Grow Kale: What to Watch Out For

With kale you’ll have to watch out for things like not having to weed it much because it honestly outgrows the weeds and crowds them out. Also, you’ll want to look out for not having to water it too often because it’s tough and can withstand a bit of a drought. Ha! 🙂

But seriously. There really isn’t too much you have to worry about.

The one issue we did find was that as the kale grew larger, it seemed to be more prone to getting eaten by insects and we’d find a few lacy, hole-y leaves as we let it get bigger later in the season. It seems to do better if you harvest the younger leaves more often rather than letting it grow to the size of those big leaves that you buy in the grocery store. 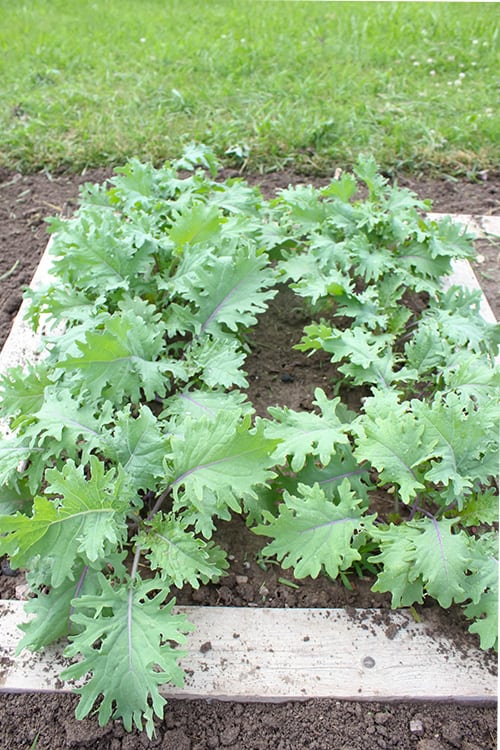 I also like to grow flatter-leaved varieties of kale in the garden rather than the curly varieties because they’re easier to clean and you don’t have to worry about bugs hiding in all the folds of the leaves. This one that we grew this year is called Red Russian and it’s a keeper! It’s a fairly common one so it should be able to find the seeds for this type in your local garden centre. 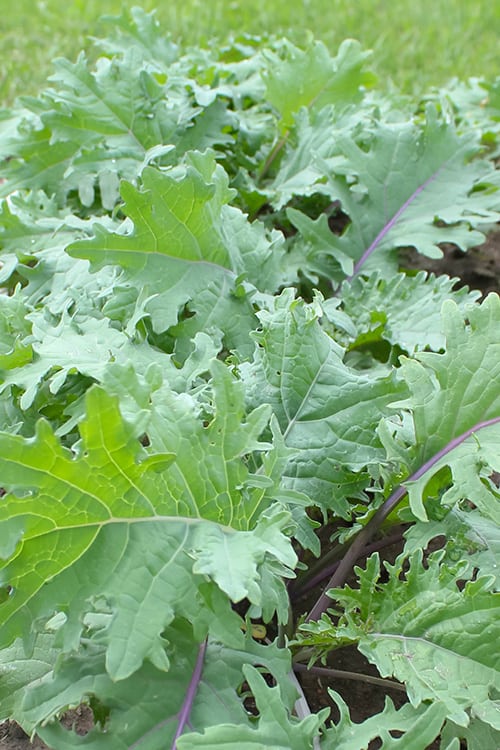 Where to Grow Kale

You can grow kale in rows or in containers if you prefer, but our favourite way to grow it is right in the ground in these little divider squares we’ve made. We just prepare the soil, plunk the wooden divider down, and plant two to three mini rows right inside the square. The kale fills in the whole square super quickly and then we don’t have to worry about weeding in the square at all, but we can easily see where to hoe around the outside of the square to keep weeds down out there without accidentally hurting the kale. 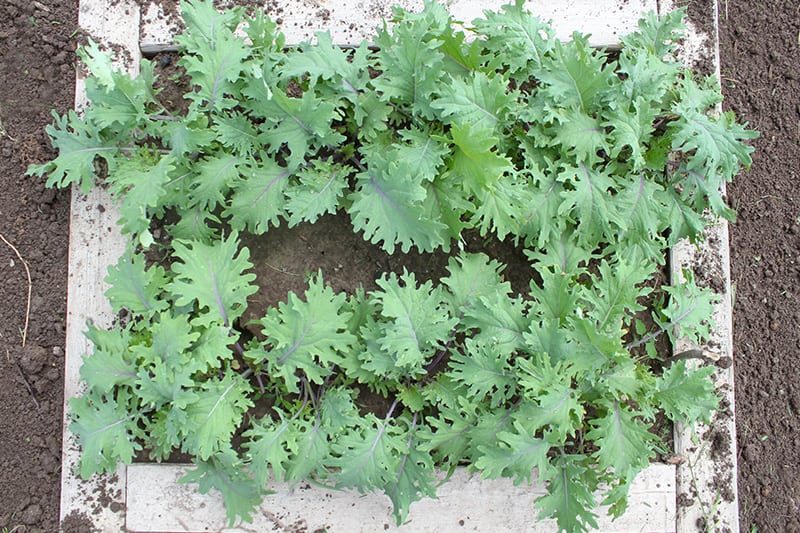 Kale would work beautifully in patio pots as well and it’s pretty too! 🙂

Are you a big kale eater? Have you tried growing kale in your garden?