If you’re all out of your usual favourite fire starter the next time you want to have a campfire, try this instead! This potato chip fire starter works amazingly well!

We heard about this crazy-sounding camping idea a little while ago and decided to try it out in our backyard fire pit the other day before our camping trip this year. We were pretty sure that this was going to be a complete disaster and we actually had our little can of lighter fluid out with us so we could actually start a fire after we tried this trick out and failed, but it ended up working really well!

This potato chip fire starter idea might not be what you end up using for your camp fire all the time, but it’s definitely good to know about in a pinch!

Here’s how it works!

How to Use a Potato Chip Fire Starter

Grab a handful of regular ol’ potato chips. We just grabbed a cheapo bag for trying this out and they were just fine. 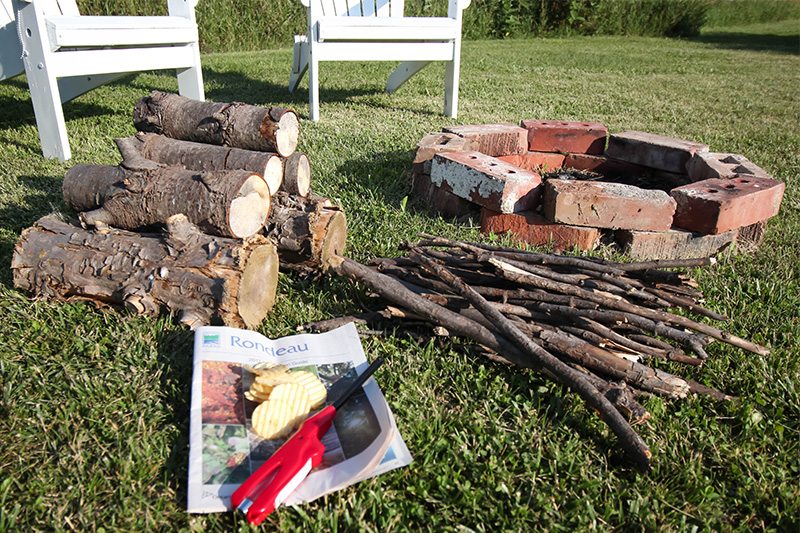 Place your potato chips down in the middle of your fire pit and light them. 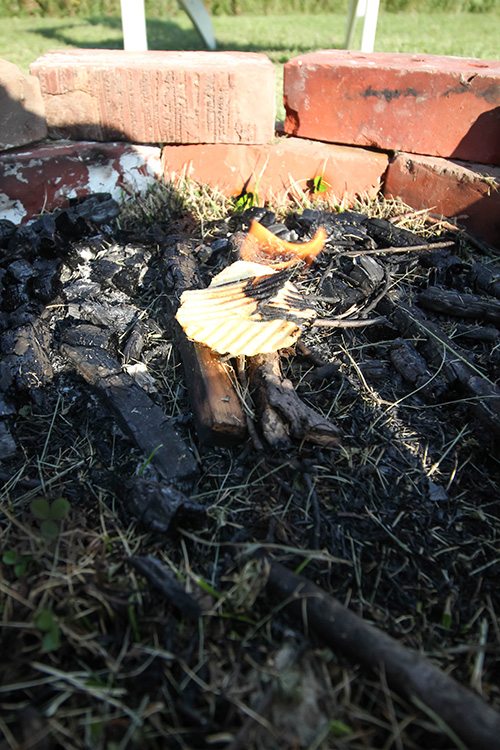 Build a little teepee of kindling around your burning chips. By the time you’re done building, the flames should be big enough to start to catch the kindling on fire! 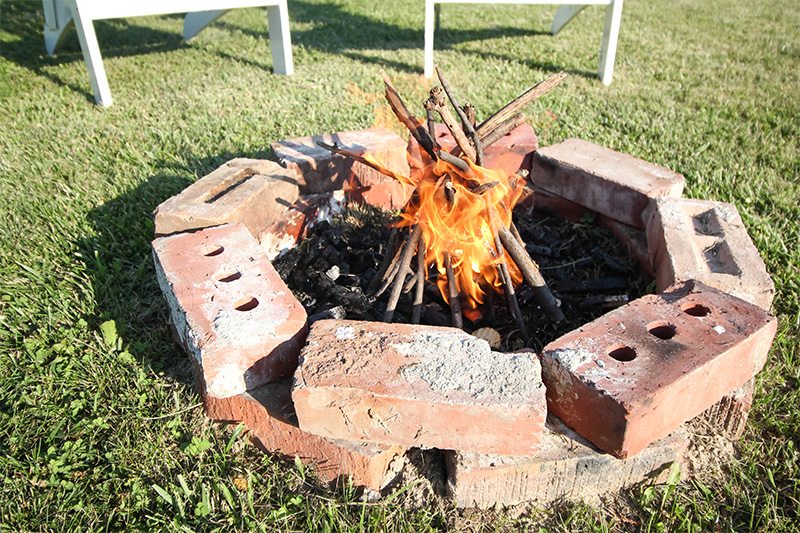 If it’s easier for you, you can also build your little teepee first, leave a little opening in the middle, and put your pile of chips right in there before lighting them. 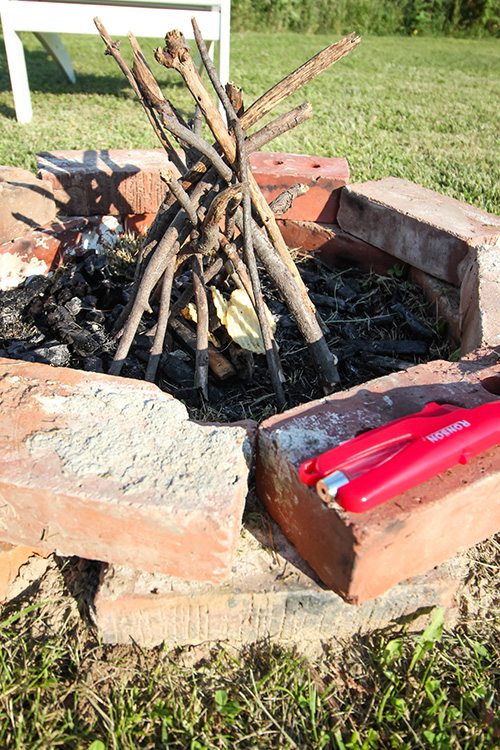 The chips will burn for about three to four minutes, which is plenty of time to get a good fire going! 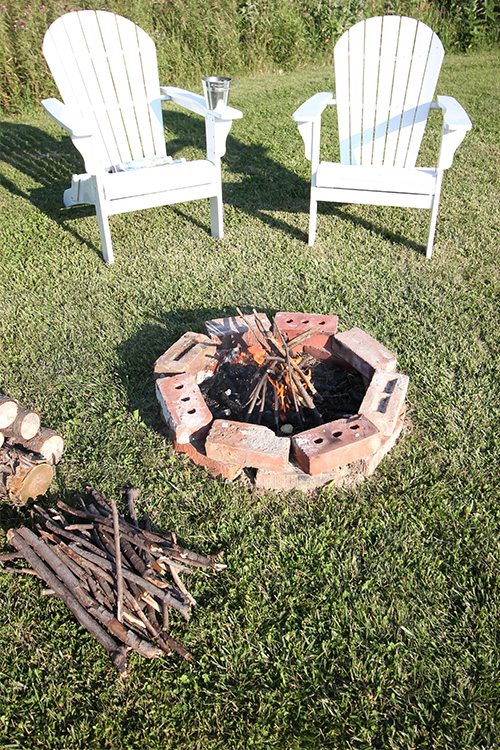 We had a little trouble with a strong breeze blowing our chip flames out early on, but we found that if you use a slightly bigger handful of chips instead, that makes the flames just a bit stronger and they can withstand the wind pretty easily. 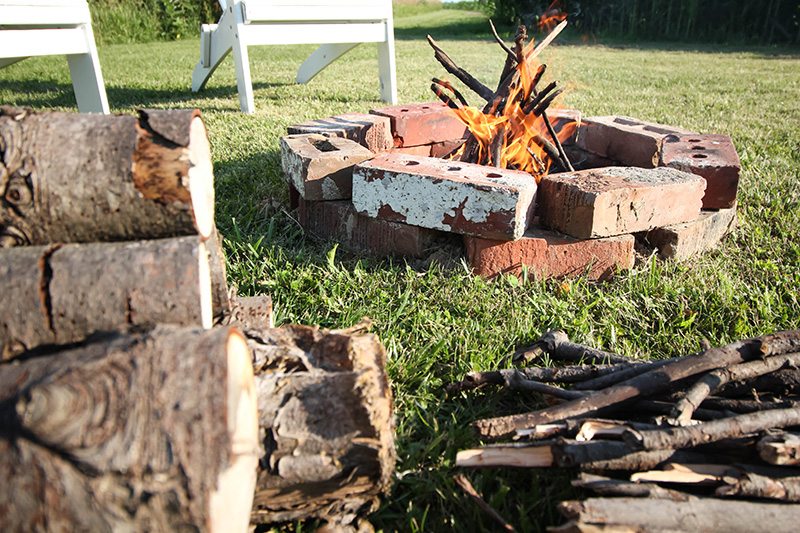 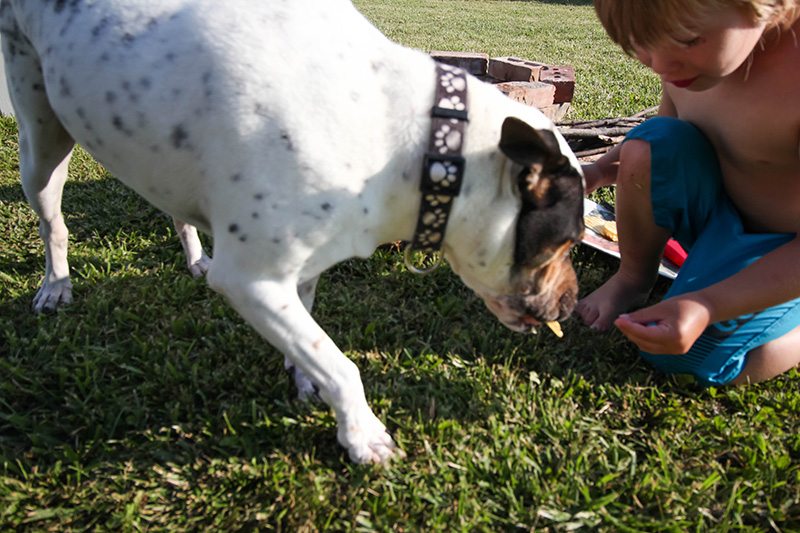 Other than that, this method was really a complete success! Who would have known? Not us! 🙂

Definitely keep this idea in mind for when you’re camping and you realize that you forgot to bring along your favorite fire starter!