OK, this may seem like the most random project ever, but I decided to share it anyway because a)I had a lot of fun making the little tassels, and b)I found myself getting kind of excited about the possibilities with a project like this as I was working on it. A fabric tassel garland would be such a great backdrop for a party if you made it really big and used it to cover a blank wall behind a food station or something like that and it’s also a fun idea for decorating kids’ rooms or for holidays. So I thought this might be an idea that could come in handy at some point.

This is actually kind of a project gone wrong for me. You may have noticed this little mini garland hanging on the ladder in the background when I showed you my door hanger basket that I made to put Canada flags in earlier this week. I had originally thought that I would put the garland on the wreath on the door to bring in a little more Canada Day red, but it just wasn’t working. These things happen! It looked odd on the wreath, but I decided to stick it on the ladder anyway because I liked it. And for no other reason than that! 🙂

So here’s how you make one of these garlands!

Whether you make yours big or small, the process is pretty much the same.

Start out by cutting out some rectangles of fabric. Each rectangle will become one tassel (Probably. Unless you miscalculated like I did. 🙂 ) 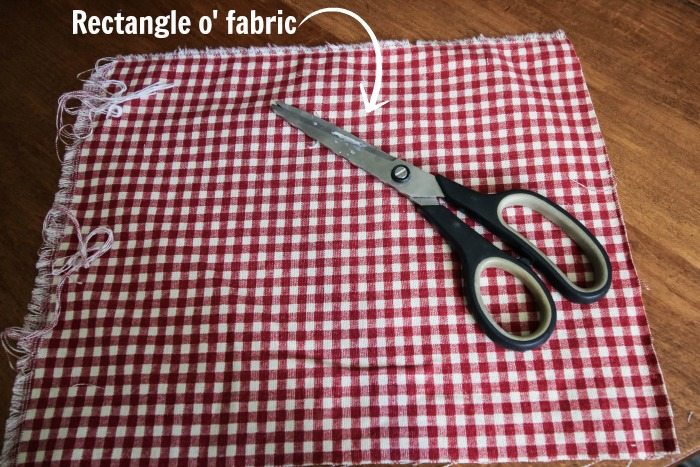 Your tassel will end up being as tall as half of the width of your fabric, so size it accordingly.

Cut 2 sides of each rectangle into strips, leaving about 2-3 inches uncut in the middle. 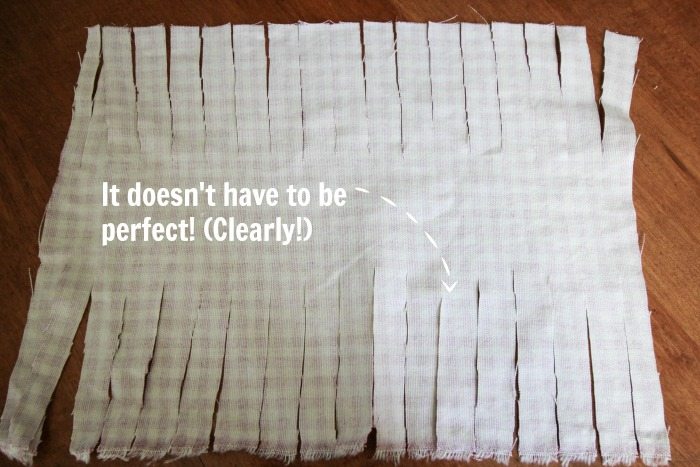 Here’s where I realized that I miscalculated! I actually needed only about half of this length, so I just cut my rectangle in half to become 2 tassels instead of one! 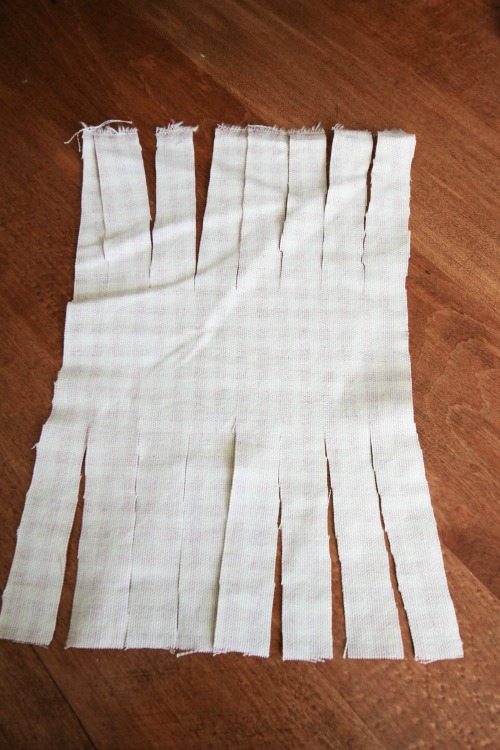 Roll each stripped rectangle up….. 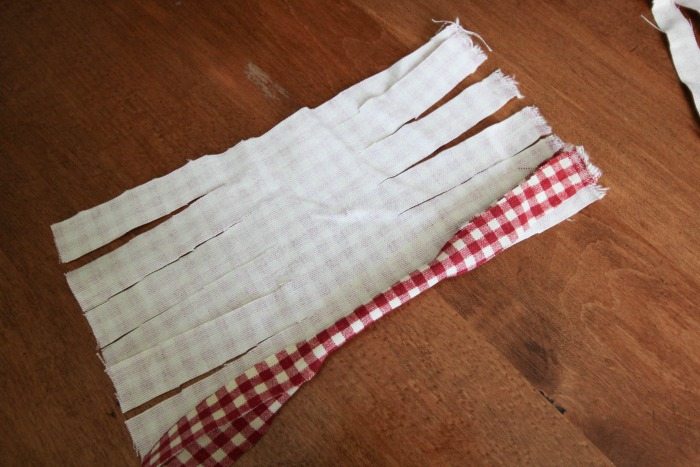 And then fold it in half to make your tassel! 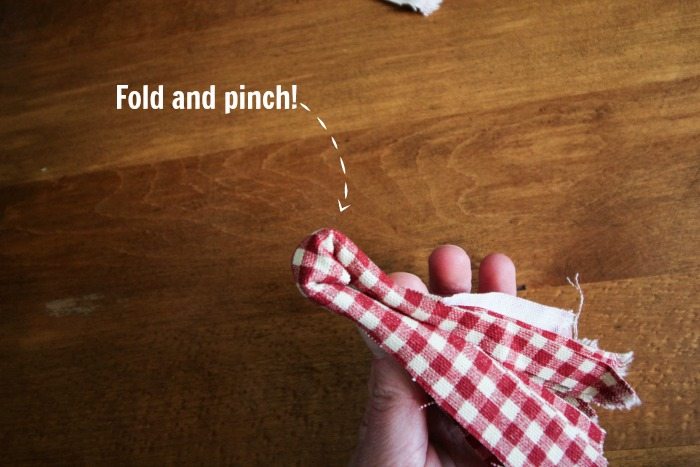 Secure the tassel with some string or a thin strip of the same fabric. 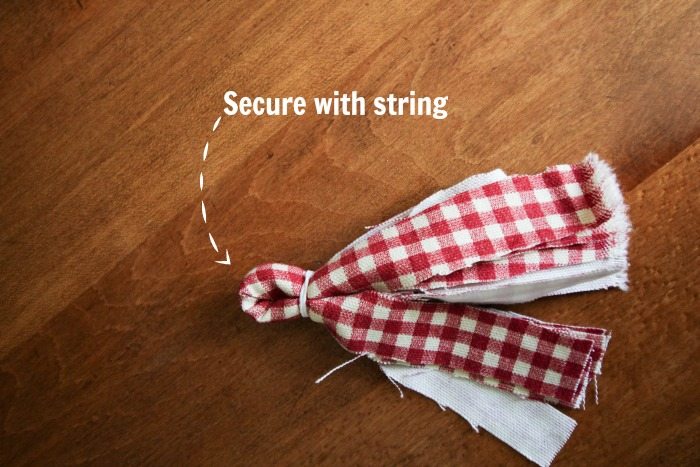 To make your tassels into a garland, just thread them onto a string! If you have trouble getting the string through the middle part of the tassel, use the tip of your scissors to push it through. 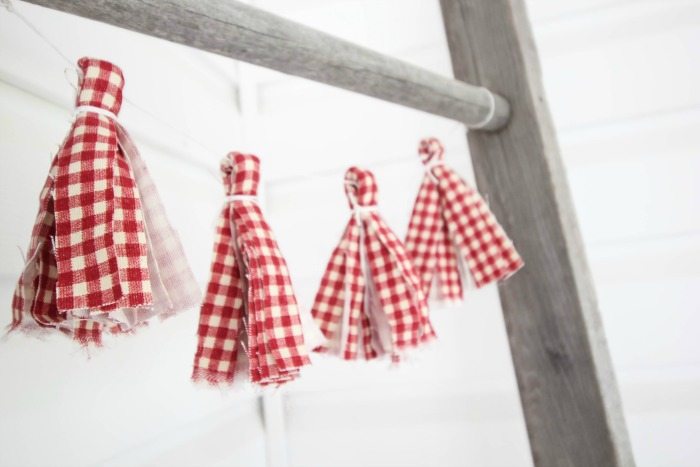 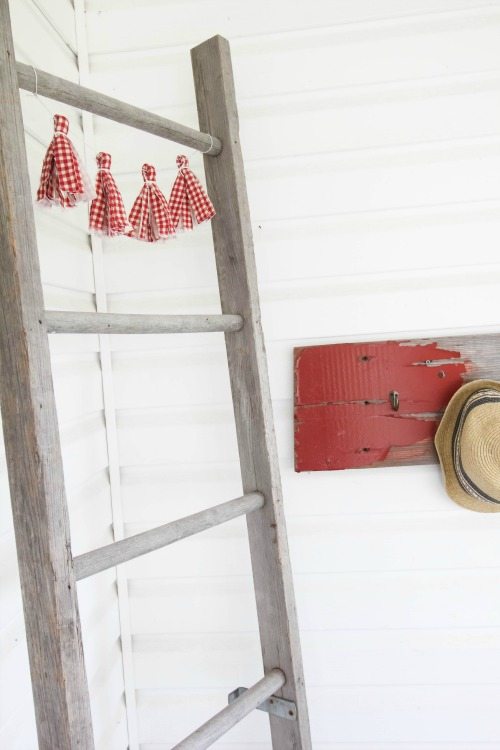 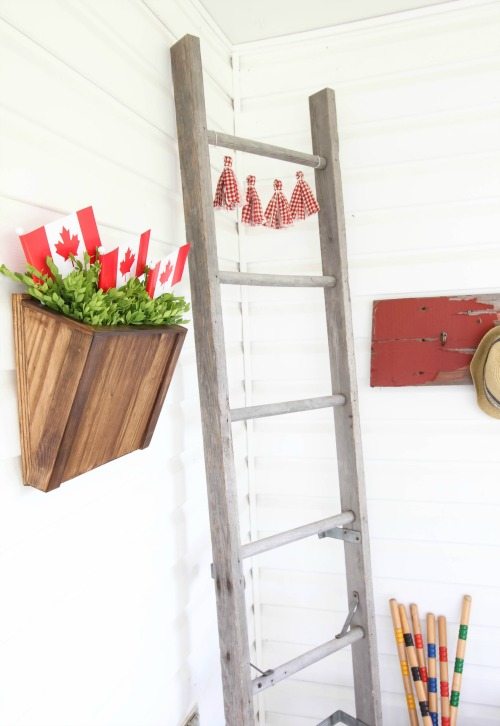 Have you tried making these fabric tassel garlands before? What did you use them for?