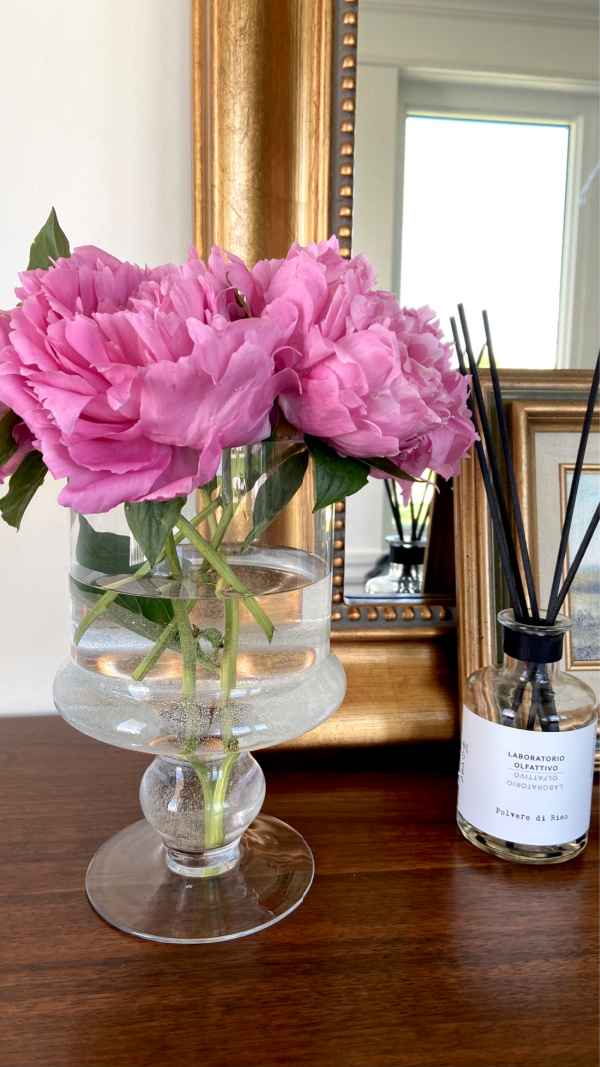 Happy Friday! I’m back with another update on the happenings around here, as documented by my phone. 🙂

We have a robin’s nest on the trim above the front door and it’s just been the neatest thing to watch this spring. It was a whole thing. At first, these poor robins kept trying to build a nest on top of our truck tire every day for about a week, and we kept removing it of course. Finally, they realized that wasn’t working and found a new spot. It was a pretty clever spot too. The porch is covered and safe, and the trim above the door does make for a pretty secure little spot. The babies hatched and we got to see them peeking their little heads out, looking for food, which was just adorable. We stayed off the porch for quite awhile because the mama bird would get spooked and fly away every time we came close, but she eventually realized that we weren’t a threat so we started using the porch again and she was just fine with it. 🙂 They did make quite a mess though, so I’m glad that everyone seems to have left the nest as of the last few days and we’ve been able to give the porch a really good deep clean. I wonder if any birds will come back and use that spot again next spring. 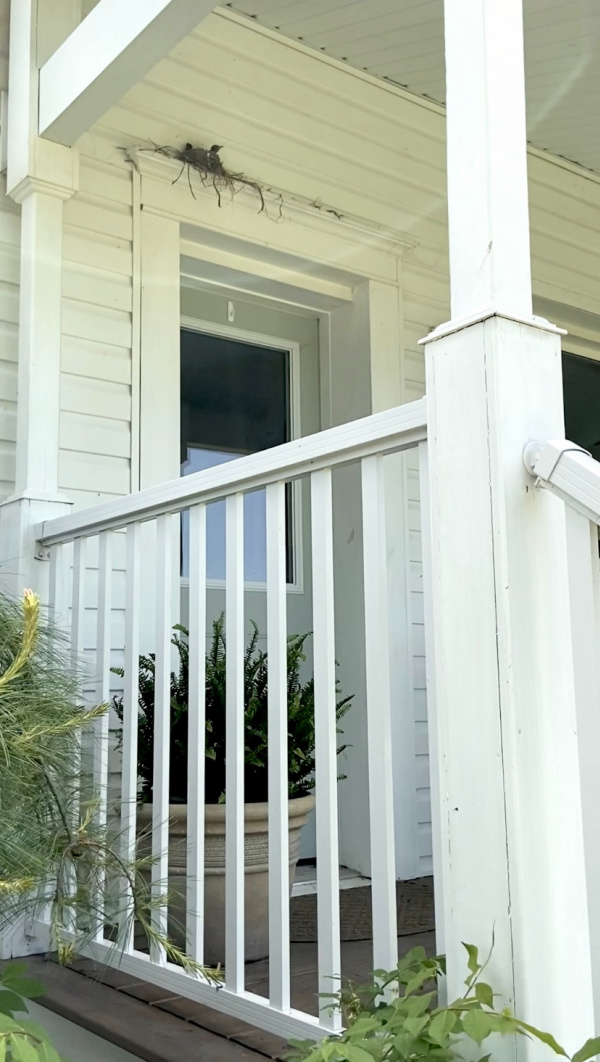 I’ve been documenting on Instagram how Jack has been learning all the flags of the world, and he’s really putting me to shame. He’s been randomly quizzing me and while I’ve been learning a lot, it’s pretty shameful how few I actually know. I think he’s up to 160 out of 197 now with this game he plays on his iPad called Flags of the World. The neat thing about it is that he’s actually learning how to spell all of the names of the countries too. Last week he decided he needed to challenge himself a bit more so he drew an entire world map with each country’s flag in it. Parents, be warned. This is the kind of stuff your kids will get into if you let them watch TikTok freely one day. Apparently there’s a whole community of flag enthusiast content creators out there with tons of followers. 🙂 Here’s Jack, fresh out of the shower one morning this week, after just breaking his record again! 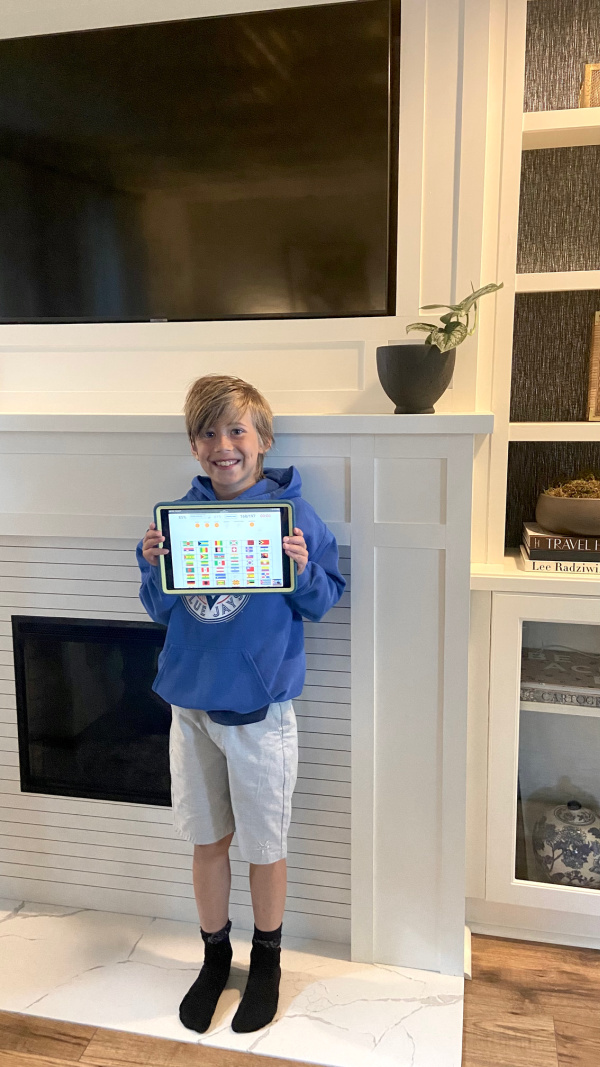 I definitely have a case of “and just one more thing…” in the living room at this point. Isn’t that always the way it goes? You change one thing and you think that will be it, then pretty soon you start noticing other things that you might like to change too. Suddenly it became clear to me that the living room would be the perfect place for a pair of classic gourd lamps that I’ve always loved, some family photos in frames with oversized mats that just always seem to catch my eye, and an updated print in my big, beautiful gold frame over the desk would be a nice refresh too. I would also like to find a place for a set of these candlesticks because I miss my festive gold ones that I had out in the winter. On the other hand, I’m kind of surprised at the number of things in the room that I’m feeling are still just perfect. I don’t feel the need to change a thing when it comes to my shelf styling, I don’t think the white velvet curtains from last summer will ever feel wrong, and the round gold coffee table still feels just right. So what I’m saying is that we’re still headed in the right direction. 🙂 Creating a home is such an adventure, isn’t it?

Here’s a very “real life” shot of the living room one rainy evening this week, with the dog on the couch and the back cushions all rumpled. There’s a lot of good happening in here though too and I’m happy with it. 🙂 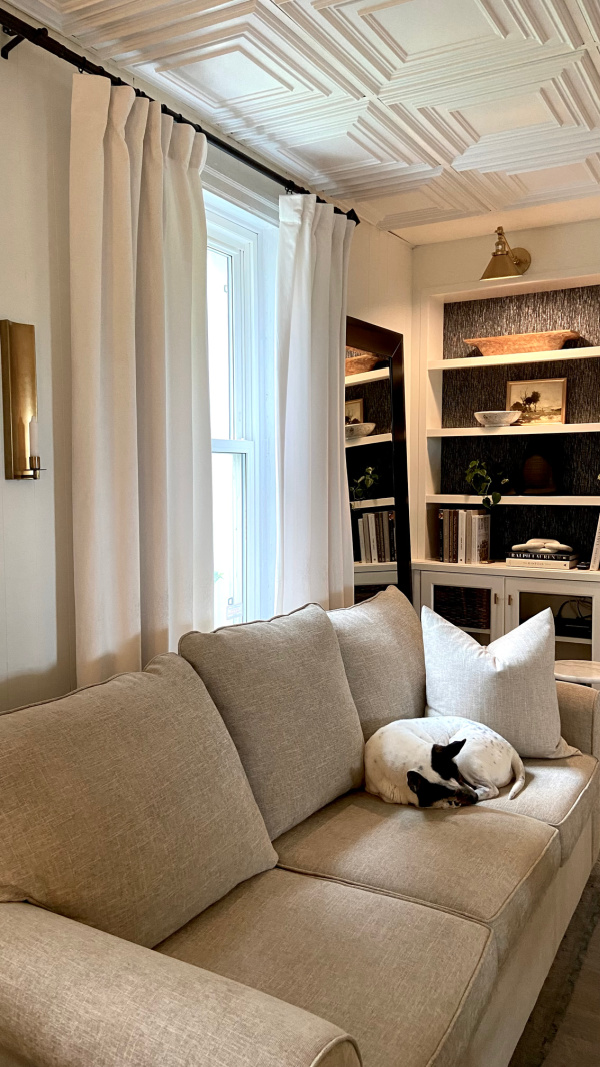 Kennedy’s school had an art show and Jack got to run in a track meet! I swear, this whole slowly returning to normalcy thing just never gets old. It’s such a thrill for me to see my kids going out and doing normal things out in the world. Of course they go to school and sports and all that, but having extra events that are kind of just for fun still feels like such a luxury. The high school had an art show last week where they had dance and drama performances in the theatre, band performances set up around the school, and various art pieces by students set up in the hallways. Kennedy had a couple of her pieces featured and it just made me realize once again how much we missed these little things during the past two school years. Jack was chosen to go to the track meet to represent his school and he just soaked up every minute of it. He’s been loving the little after school training sessions over the last few weeks and it’s just so neat to see kids having the chance to try to excel at new things all on their own. 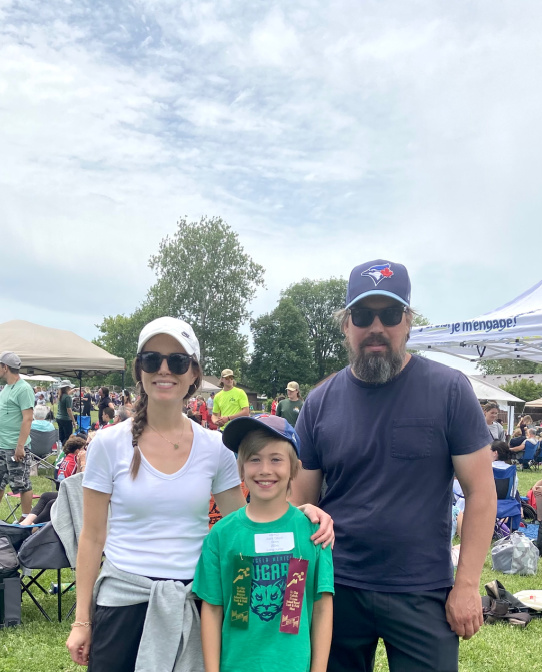 Chris is on a roll in the backyard! He spent all last weekend cutting down and getting rid of two huge trees that were just tiny in a little garden on the side of our house when we moved in. They had become huge though and were going to become a problem with the way they were threatening to push up against the house. That corner of the garden is open now, so I think I’m just going to do a nice little shade garden there that should be fairly self-sustaining. Our back deck had really started to go downhill the last couple of years and there were a few boards that looked like they were not too stable, so we’d just abandoned it altogether to avoid anyone falling through. After the trees were down, he started tearing the deck apart so I guess we’re getting a new back deck now too! There were quite a few boards that were still in good shape, or that had parts in good shape, so he’s been using what was salvageable to built a little shed to put up for his mom out at the lake. A very productive time all around! I’m tempted to go ahead and order a few more of my favorite all-weather Adirondack chairs to go out there right now, but I’ll be patient and wait until the deck is actually finished. Maybe 2-3 metal console tables in a row too along one side for a nice place to set up snacks and drinks would be good too? These have kind of a classic French cafe vibe to them and they’re a great price!

-Peony season is here! It’s funny because we’re about 5 minutes from town here, but with our breezes, temperatures can be a bit colder out here and we’re often a couple of weeks behind what’s happening in the gardens in town. So their peonies are just finishing up while ours are just getting started. Here are a few of my favorite peony posts from the past:

-Speaking of birds, have you seen this Hatch Restore alarm clock? I’m intrigued. It has different light settings for a reading light, a gradual “sunrise” wake-up feature along with various gentle sounds like birds chirping, a white noise sound feature as well as a “pink noise” sound feature. I’m not really even sure what that is. I’m really intrigued by the different sound features like the curated channels with different guided rest exercises, sleep stories, and dreamscapes. I’ve been having fun listening to a few sleep casts at night to help me get ready for sleep before bed. The only problem is that they work so well and I often wake up hours later with my headphones still in and my phone still on next to me. So that isn’t the best. I love the idea of a device that uses sound and light to lull me into a deep sleep, and then transitions to something else to maintain sleep. Just such a smart idea.

-I’m on a quest for shorts for summer that actually fit and look appropriate for my real life. It’s hard to find items that are small enough and the right proportions that also feel comfortable and reasonable for someone over the age of 19. I ordered these after seeing quite a few bloggers mention this brand recently. I’d forgotten about them and the fact that they really are a great petite-friendly store for quite a few things. I was a little disappointed at first because although they’re crazy comfortable with that elastic waist, the xxs seemed huge. The more I thought about it though, there are a lot of pretty voluminous shorts in stores these days and maybe that’s not such a bad thing. So I’m keeping them and I’m going to go with it. Love the color, love the details, love the comfort level, and the fact that they have an elastic waist that somehow makes them look more stylish. They aren’t black though, which is what I was originally looking for, so I guess the search is still on. 🙂

-Also, Kennedy ordered these shorts and I’m not usually an Old Navy fan, but these actually look really nice and look much more expensive than they are. And so soft! They’re meant as athletic shorts, but they could totally pass as everyday shorts too. Just had to share all my shorts updates today because it can be quite a quest to find good ones!

-Have you heard of the Amazon shop called Kate and Laurel? There were a few things from there that caught my eye recently. I usually like a side table with a few more special details, but I think these would make beautiful plant stands, which I’ve been looking for. I’m also a big fan of these simple, modern wall art pieces. Can’t beat the price and they’d look great with almost any type of decor.