This weekend was the Victoria Day long weekend here in Canada, the unofficial start of Summer.
My mother-in-law has a place on the beach only about a 30 minute drive from here so of course that’s where we spent the weekend. And probably most weekends now that the hot weather is here! 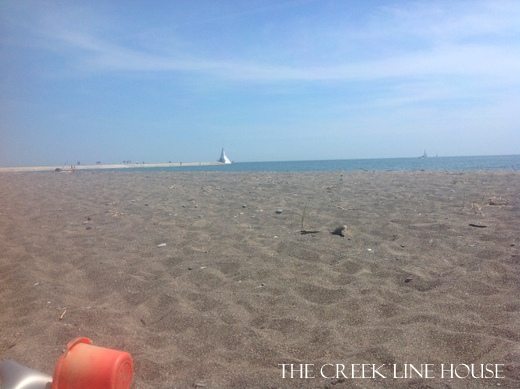 How could we not spend as much time here as possible? 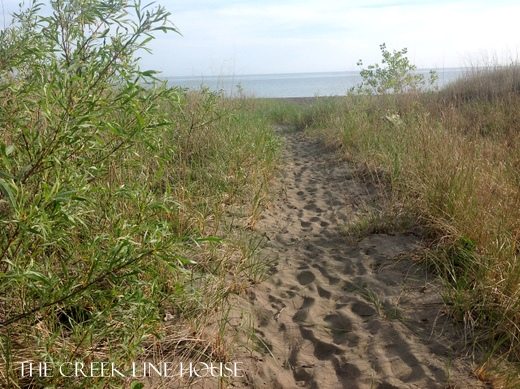 I love this path to the beach, especially the moment when the water becomes visible. 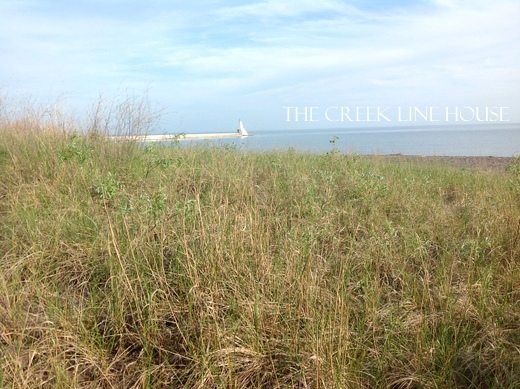 And then you look out towards the pier and see the lighthouse. 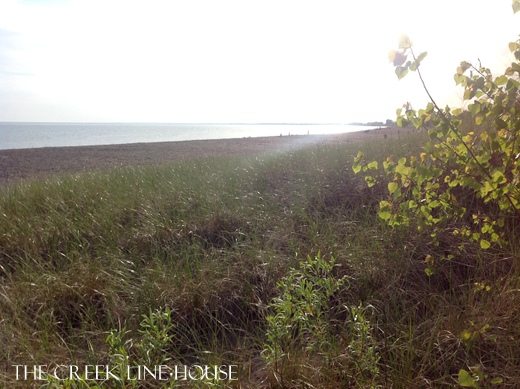 Looking in the other direction down towards the public beach. 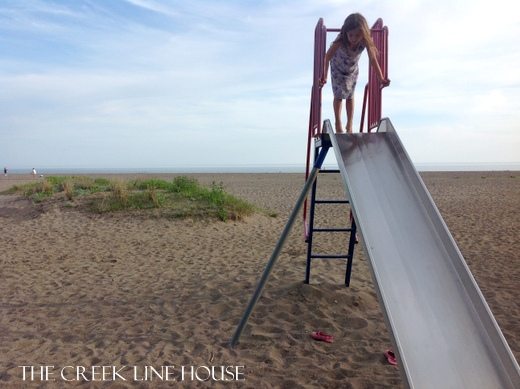 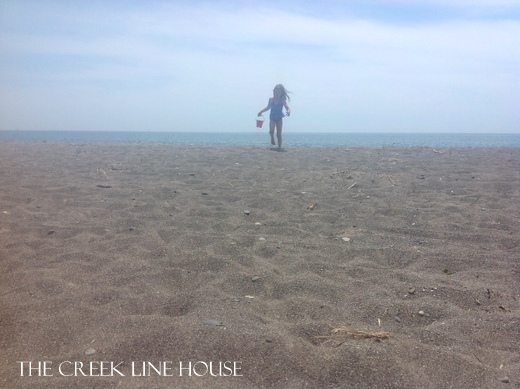 At least a couple of sandcastles were built of course.

Later on in the evening I was reading and Chris came up to tell me to grab the camera and come down to the beach, quick. 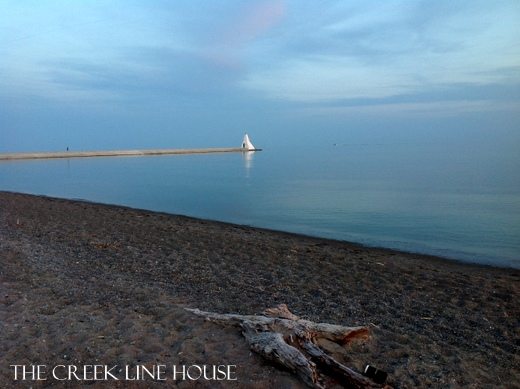 It was hard to capture how neat the light was, but the water and they sky were the exact same color. You couldn’t see where the horizon line was and it felt like you were almost looking at a painting that you could reach out and touch. 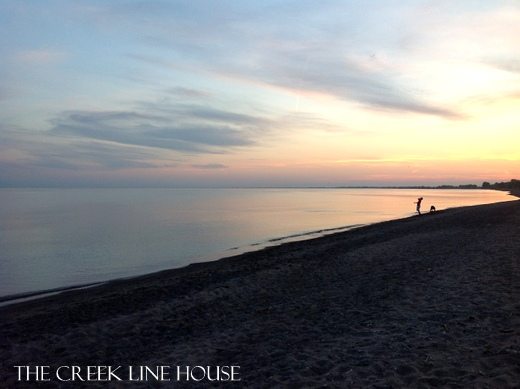 The sun set a little further and I took some photos of these strangers throwing rocks. 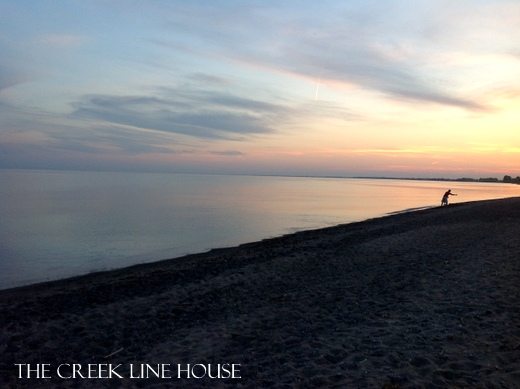 I guess I’m the weirdo who does stuff like that now! 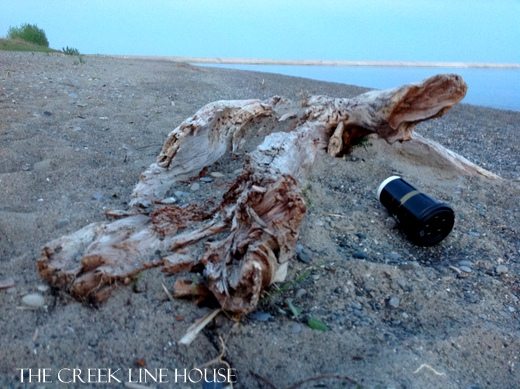 Kennedy got bored of course, because she’s 7 now and thinks that’s cool. I told her to take some pictures so she found an old cup to take a picture of. Isn’t she artsy? 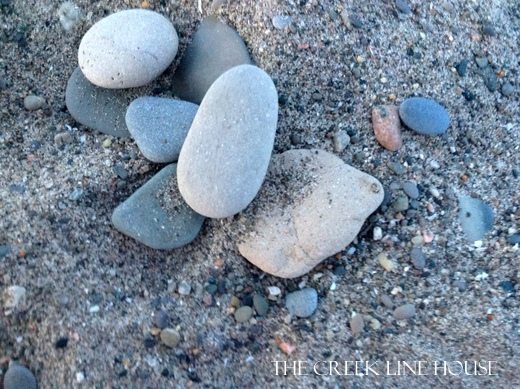 Some rocks. This actually gave me an idea for a craft. I’ll have to bring some rocks back home with me next weekend.

Hope you had a lovely weekend as well!