If your pruning shears have gotten dull, or if you just want to keep them working as effectively as possible, follow these steps to learn how to sharpen pruning shears!

I shared with you the other day that I have a great pair of garden pruners that have been with me for about ten years now. They really do such a great job, but as I showed you earlier, I hadn’t done such a great job of cleaning them on a regular basis. Luckily, they’d been sharpened a few times because Chris is really on top of keeping our garden tools sharp. Really on top of it. He even sharpens our shovels sometimes. Since I was doing a little revitalization project on them though, I thought this would be a great time to show you how to sharpen pruning shears as well!

If you want to see the cleaning process first, you can check that out here: How to Clean Pruning Shears.

How to Sharpen Pruning Shears

To start out you’ll need a basic sharpening file. There’s a file called a “flat bastard” (no idea why) which is just a really simple, rectangular file that works really well for little jobs like this. You can also find tiny files that are made especially for little garden tools, but they really aren’t necessary. If you already have a basic file, use that.

Find the beveled edge on your blade and rest your file against it so that it’s sitting level and flush to the angle of the bevel. 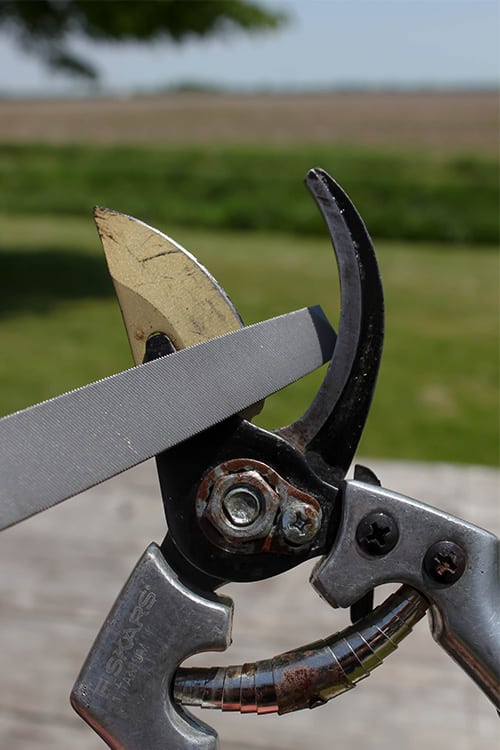 Make short strokes with the files moving out and away from the blade. 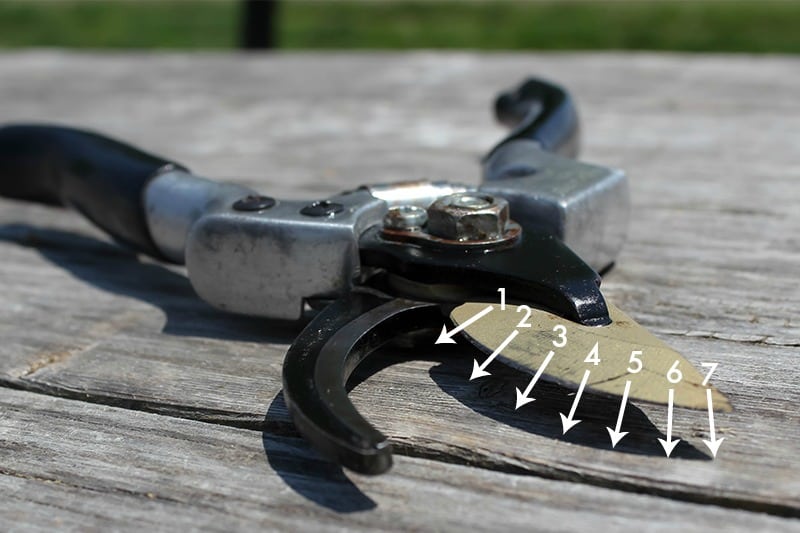 How to Sharpen Pruning Shears: Finishing Up

When you’re satisfied with the way your blade looks, test it for sharpness gently on a small piece of a branch. I know some people who test a blade on their fingernail, but be careful if you do this and don’t cut your finger! 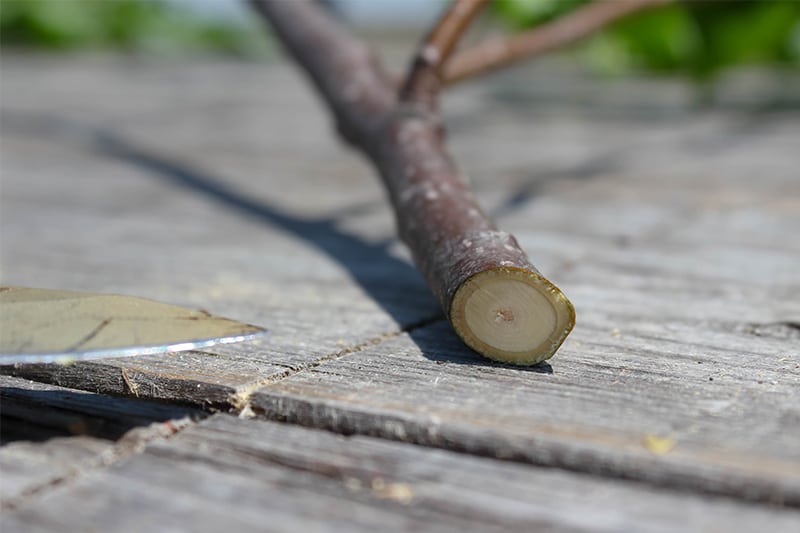 When the blade seems nicely sharpened, turn the blade over and gently run the file over the other side of the blade from the bevel to remove any filings (Chris tells me these things are actually called “burrs” 🙂 ) that are hanging off. 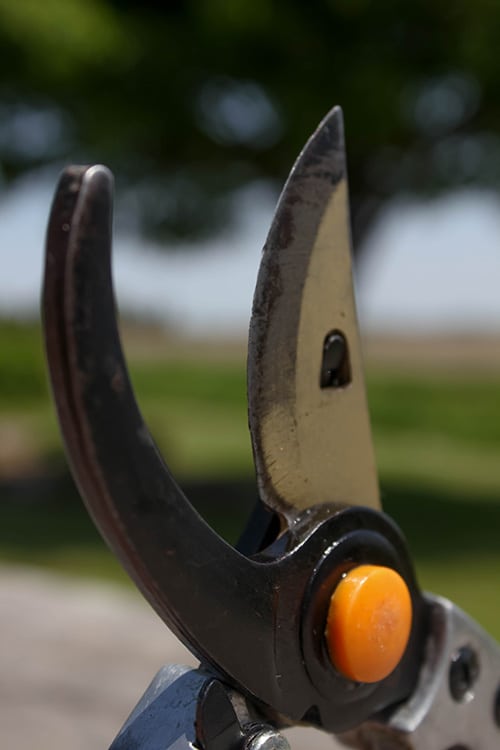 If you haven’t done so already as part of your cleaning routine, oil your blade and the rest of your pruning shears generously with either WD-40 or any kind of regular vegetable oil to prevent rust and keep all the moving parts operating smoothly.

That’s it! In just a few minutes your garden shears will be sharp and ready for action once again! I noticed a huge different after I did this even though it really only took me a few seconds. 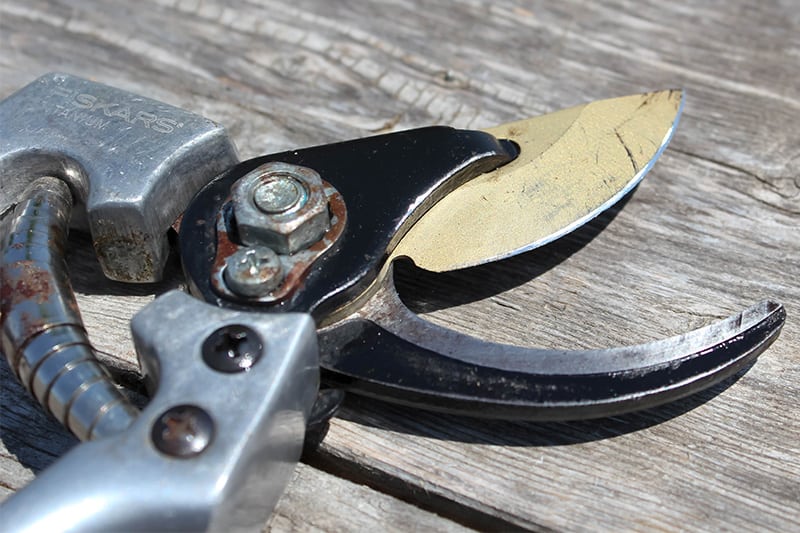 Make sure to sharpen your pruning shears at least a couple of times each season or when you have a day where you use them really heavily.

Do you have any clever tips for how to sharpen pruning shears? Do you have a trusty pair like I do that’s been with you for years?