In today’s post I’m going to talk about what some of our home goals were for our home upgrades in 2018 and report back on how we did!

When I look around our house, I often see SO many projects that are still left to be done and so many different ideas that we haven’t gotten to yet that we’ve been pondering for years and years now. There are other times though when I snap myself back to reality and realize that we’ve really achieved some pretty great things during our little home renovation journey and we’ve actually come a long, long way from where we were when we first moved in seven years ago. 2018 was actually a pretty momentous year for us as far as home renovations go. All of our projects improve the way our home functions and how much we enjoy living here, but this year we tackled a couple of doozies that I just can’t believe we ever lived without. When I was thinking about what my home goals for 2018 were at the beginning of the year, I don’t think I realized how much these projects were really going to improve our quality of life.

I do have to say that I don’t usually set concrete “home goals” every year because sometimes projects come up out of left field and you just have to go with them, even if you were thinking that you’d be working on something else. Sometimes it’s out of necessity, sometimes it’s just out of shear inspiration. We do set a goal of making some kind of significant improvement every year though. We really just want to be able to look back on where we were a year before and have that warm fuzzy “Wow, we’ve come a long way” feeling, you know?

So if we’re going by that criteria, we definitely knocked it out of the park this year. 🙂

The main project o’ the year was definitely the new mud room addition. We had a firm goal to get this one done by the early spring so we could take full advantage of this space during the muddy garden season. We also started this project way back in August of 2017, so it was time. 🙂 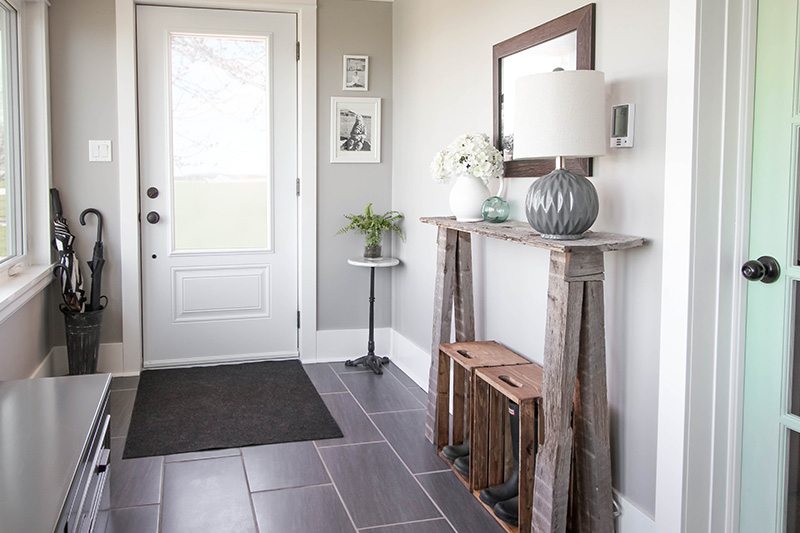 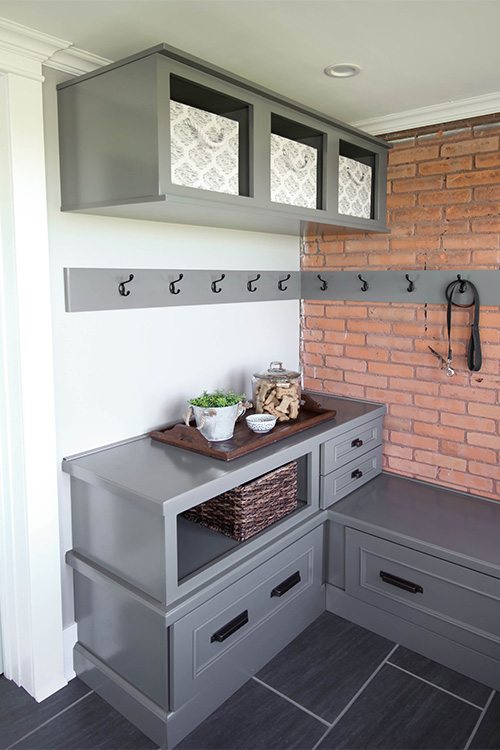 Here’s how the mudroom looked in the fall… 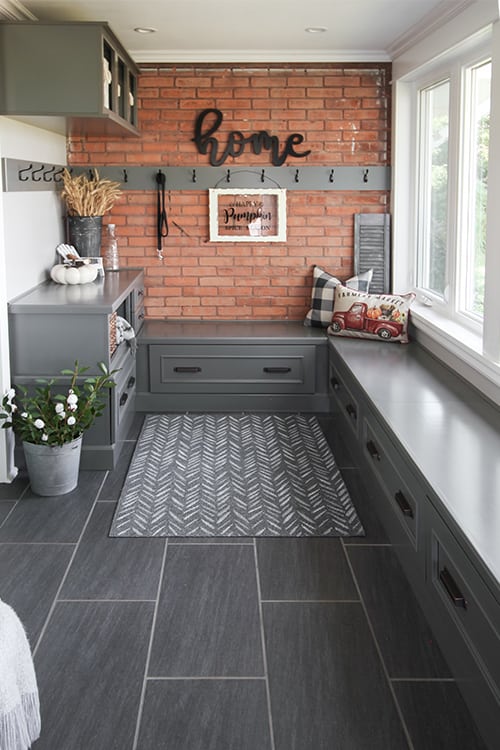 …and for Christmas this year. 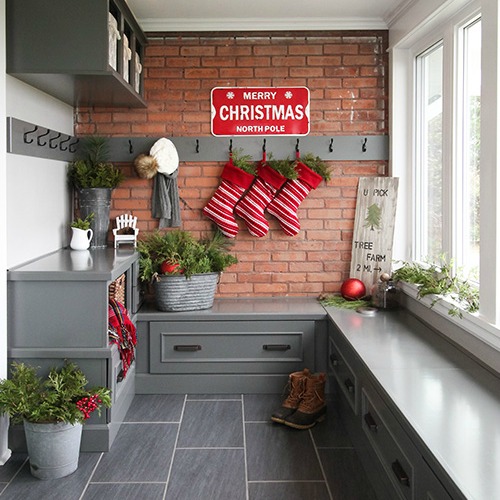 You can read more from this project in these posts:

We knew we wanted to make some significant improvements to the exterior of our home this year and we were tossing the idea around that we would add on a side porch after the mud room was done and also fix up the little stoop area on the front of the house.

We did manage to get the side porch done and I’ve enjoyed having it there so much more than I realized that I would. I thought it would just be a slight improvement over what we had there before, which was tiny and rickety and actually a little dangerous. It’s been so great though just to have the space for people to enter our home comfortably, or for us to sit out there on the steps as a family on a warm fall evening. We also now have things like proper railings, a plug for our Christmas lights, and adequate lighting from the new porch lights we put it. It’s the little things that are really the big things on projects like these. 🙂

Here’s how the porch looked just after it was completely in the early fall. Read about it and see more photos here. 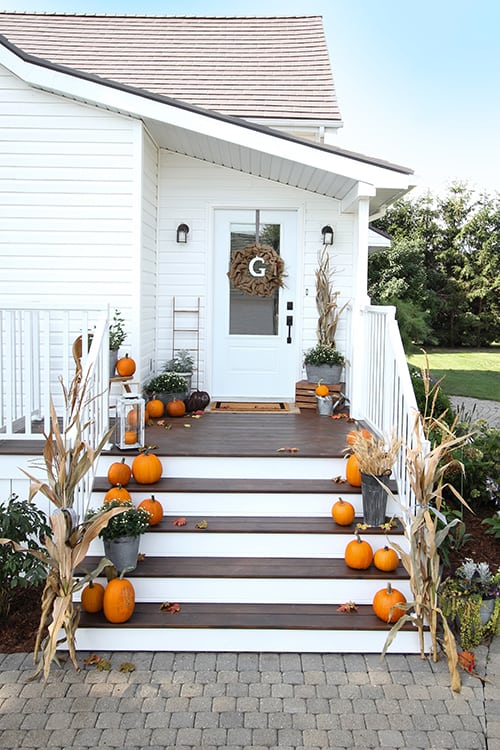 Here’s how it looked while it was in progress! 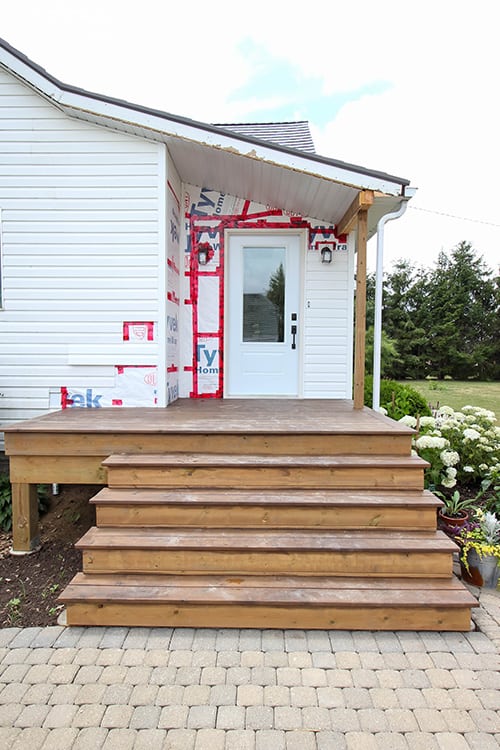 The more we thought about it, the more we started increasing the scope of that project, so we decided it might be best to leave it until this summer, rather than try to squeeze it into the fall and winter this year and end up freezing out there and rushing through it. I’m so (so so so) excited to see that start to come together in the spring though because I’ve always been a little uncomfortable with our sad, non-functional front entrance.

2018 Home Goals: Not Leave the Kitchen a Mess After the Mud Room Reno

After we finished the side porch and decided not to jump into the front of the house project, we moved inside to tackle all of the unfinished business in the kitchen that was leftover from the mud room project. These two rooms are attached and there used to be a window going from the kitchen to the old mudroom, which we closed up. There was also an exterior door separating the two rooms, which we switched to an interior French door when we rebuilt the mudroom as a fully interior space.

We did things like finish the trim on the doorway, install new open shelving and tile where the old window used to be, and finally painted the ceiling in there! It was nice to take the time to finish those little details, but it wasn’t something that was even on my radar at the beginning of the year.

Here you can see the new French door and how the room are connected in this photo from Instagram. 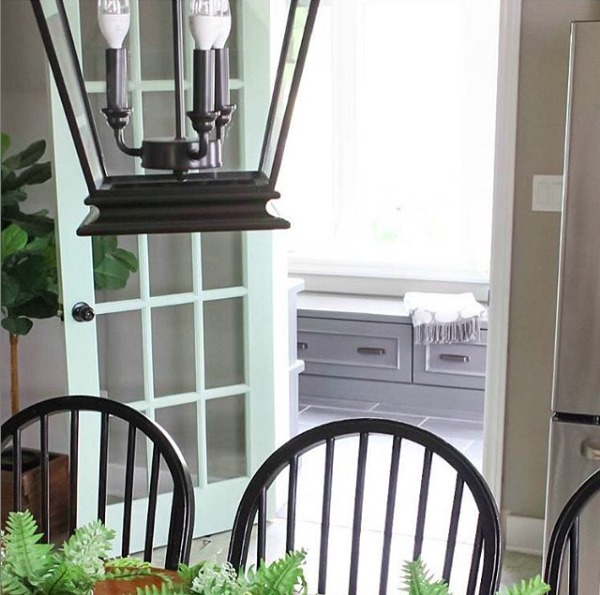 And here, also from Instagram, you can see what we did with the open shelves on the wall where the window used to be. 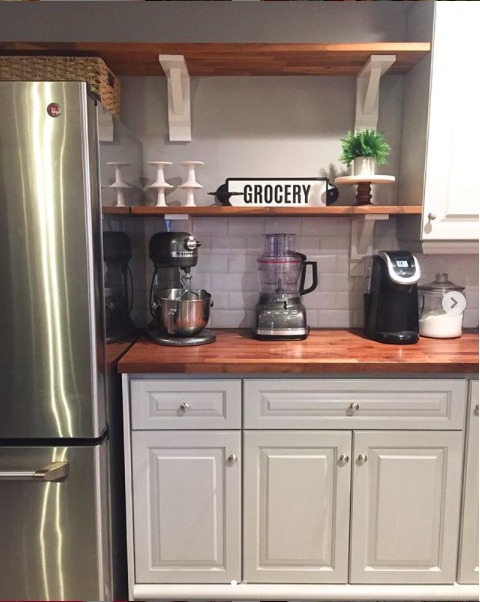 So that’s basically our home renovation story of 2018! Looking forward to 2019, we already have a few projects lined up to start on right away during the colder months. Then, we’ll definitely be moving on to working on the front porch as soon as it gets warm enough to get outside. Of course, I still have that same long list running through my mind just like I have for the last seven years and I still catch myself hoping that we’ll be able to squeeze some of those items in as well, but the main goal for this house really remains the same. If we can look back at this same time next year and feel like we’ve made some significant improvements here and there, I’ll be just as thrilled as I am this year.

Do you set goals for your home every year, or do you just kind of go-with-the-flow like we do?