So you’re going to think I’m a special kind of ignorant after this. Ready? Let’s do this.

Does the United States have boxing day? Is it like what we have here in Canada? I realize that I live oh, maybe 20 minutes from the American border and I should know this. But I don’t.

Well, in case you’re from a country that doesn’t have boxing day, here’s what it is.

Every December 26th is boxing day. The idea is that you box up all your leftover holiday food and give it to the needy. It’s a nice idea, but what it’s actually turned into is a big free-for-all shopping extravaganza with sales and fist fights and the whole nine yards. People basically go out and buy everything they feel like they should have gotten for Christmas but didn’t.

I don’t actually shop on boxing day cause it’s scary, but I did invent my own sad consumerist boxing day holiday. It’s called Birthday Boxing day. So every year after my birthday if I’m disappointed, I get to go buy myself presents and not feel guilty. Only now there’s more. Valentine’s boxing day. Halloween boxing day. Anniversary boxing day.

Our 6th anniversary was on Saturday, and although it wasn’t lame or disappointing at all, I did go buy myself a present today. Just keeping up with traditions, you know? Well, that’s what I tell myself because it’s something I really really wanted but definitely don’t need. It’s for my front hall renovation, of course! 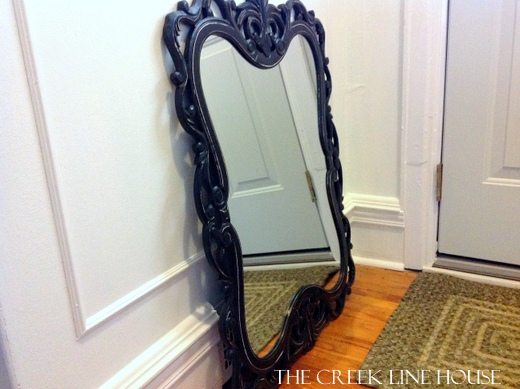 It’s a little crazy, I know, but something about it just spoke to me. Every room needs a little bit of crazy anyway, and this room (is it a room?) was getting altogether too sane. 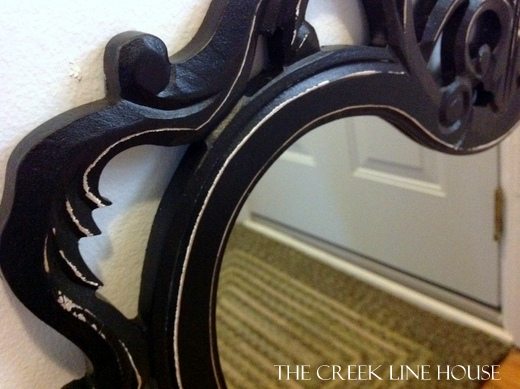 Although I may paint it white, which would be kind of like giving it a tranquillizer, I guess. It’s still crazy, but no one knows cause it’s just sitting there being quiet and polite.

So do you want to see what we did for our not at all lame or disappointing anniversary?

Why, we went on a sweaty, gruelling, near-vomit-inducing bike ride of course!

I took pictures but only of pretty things (ie not us), don’t worry.

If you follow me on Facebook, you may have seen me talking about this 100k bike ride we were going on. 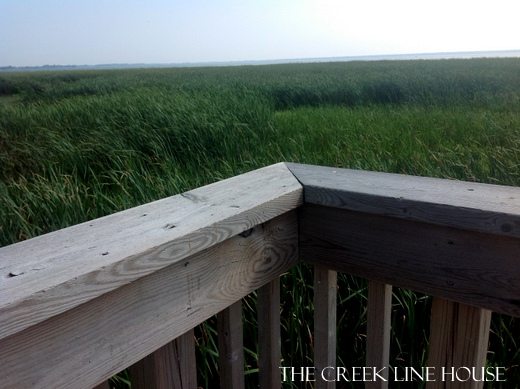 See the other side of the bay? That blurry line across the water that’s barely visible? That’s where we were headed. 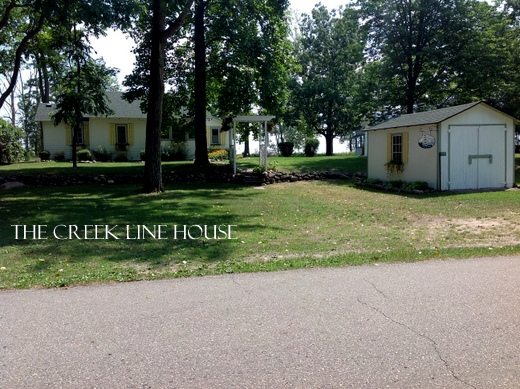 There are a lot of pretty farm houses and cottages that we passed. Most of the pictures I managed to take were while I was collapsed under a tree in the middle of nowhere trying not to be sick, so the angles aren’t the best. 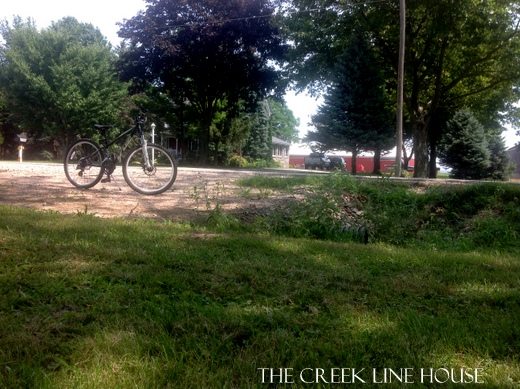 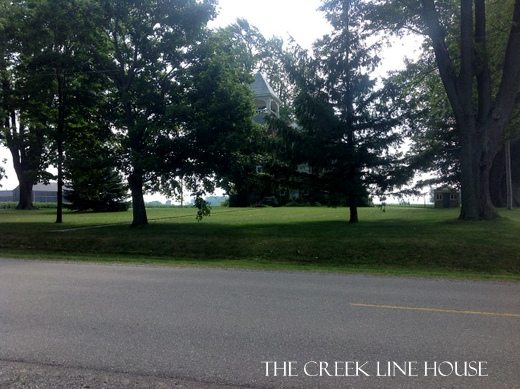 Seriously, believe me when I say this was a really cool house!

This is my favorite barn in the world that we sometimes drive by. I really wanted to take a whole bunch of pictures to share with you, because it is such a work of art from all sides, but it was way too darn hot to stand still. 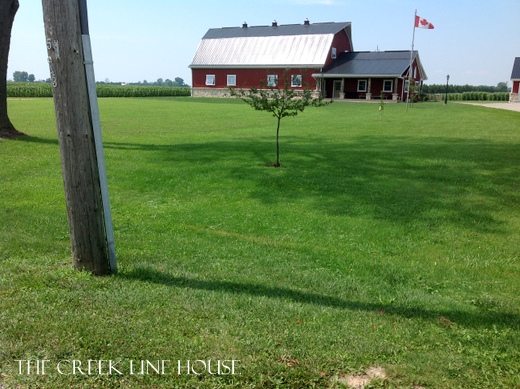 At the far end of our journey, we made it to this nearly deserted beach and sat and ate our granola bars for a few minutes. 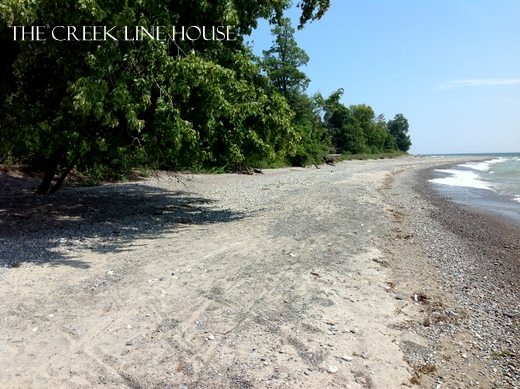 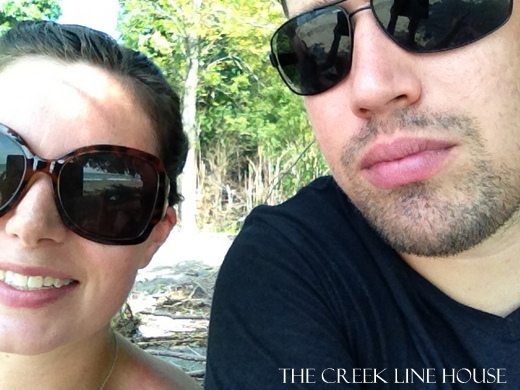 Tricked ya! I did take one picture of us. We look pretty happy still don’t we? It’s like they always say: The first 30k and the last 30k are the hardest, but the middle 25 are a breeze. OK, no one says that, but it’s true!

Then we had to make it all the way back around the bay to get back to our little beach where we stay. 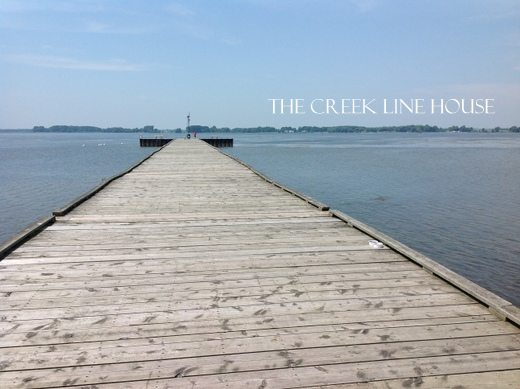 I may have cursed Chris more than once on our bike ride, but it was definitely an anniversary to remember!

Now to go find Chris for help hanging that mirror…