We had a little adventure here a couple of weeks ago and it was pretty neat to watch actually, so I thought I’d share it with you! We have a lot of really big old maple trees on our property, with the four biggest ones kind of around the four corners of our house. The very biggest one was right outside of our master bedroom window, but it had been dying a little more every year and making us more and more nervous with the big wind storms that we get out here all the time. It was a pretty tree though!

We’ve actually had three or four arborists come out to look at it over the last few years and they’ve all said that it really just can’t be saved. Obviously you can’t tell when it’s mid-November and all the leaves are gone, but the whole front half right by the road was dead.

So we had to have it cut down. It was quite the impressive operation though! 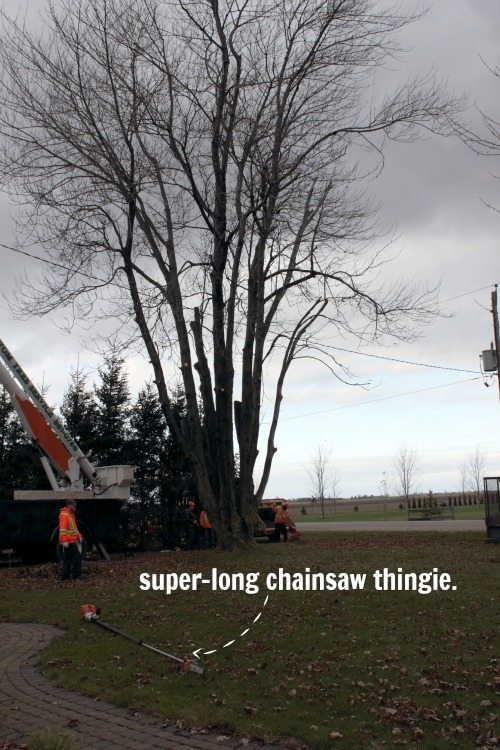 They started out by using this super-long chainsaw-on-a-stick thing to remove all of the smaller lower branches.

Then, we actually had to  have our power line to the house disconnected so that all the machinery could be moved in closer to the tree. 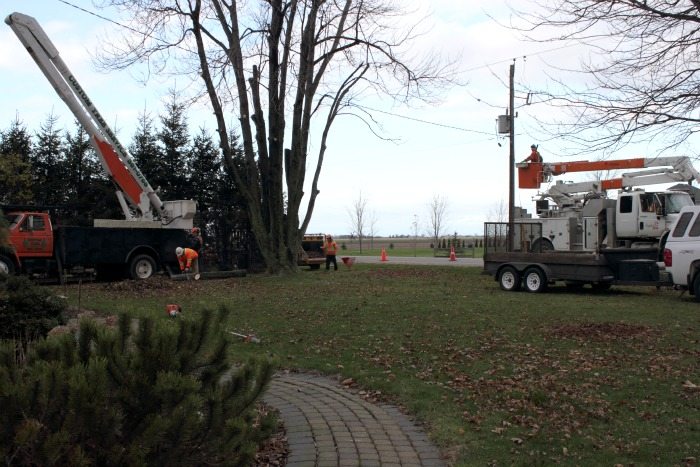 Since Chris was home that day to watch the spectacle, we decided to also paint our kitchen cabinets. And of course the power was out, so we painted our cabinets basically in the dark because, as you can see, it was a pretty cloudy day. It was also cold and windy so we had to do our work inside. They turned out really nice though! More on that soon! 🙂

Back to the tree cutting. 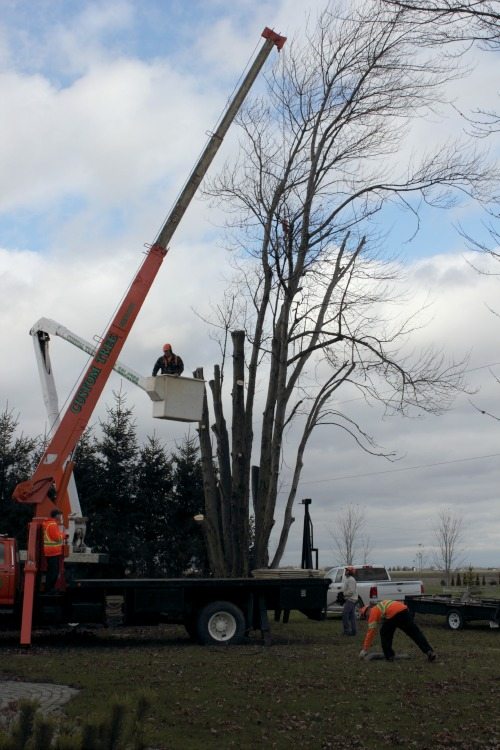 They used a cherry picker to remove all the smaller branches from up top. 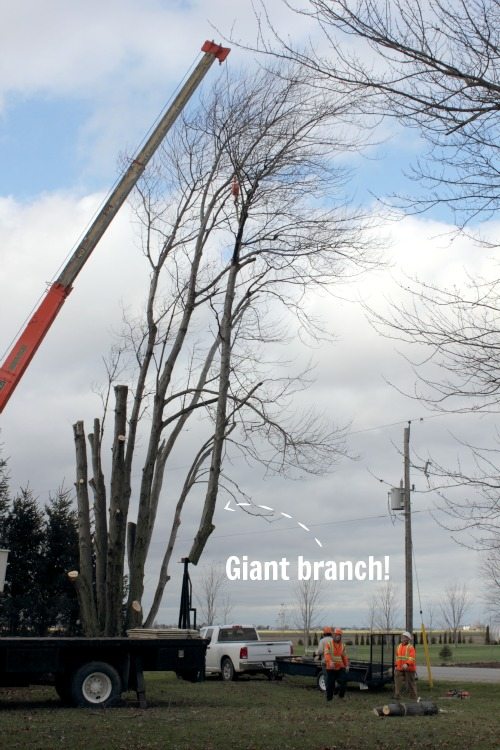 Then they had this super tall boom truck crane thing to hold on to the larger pieces as they removed them so they could be set down in a controlled way. It really was super impressive! I don’t know if you can tell from this picture but that was a huuuge branch!

It really only took them about 2 hours to completely remove that tree, wood and all, from our property.

When all that was left was a stump, we had another guy come in with a stump grinder and grind it all down to a pile of wood chips. 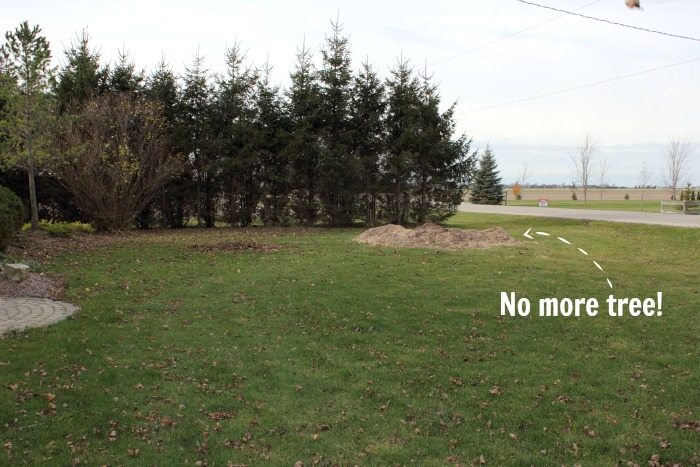 I actually kinda liked the giant stump there, but Chris was worried about it being too hard to cut around when he’s mowing the lawn.

So that was our tree cutting adventure! It cost us about $1600 to have it removed completely so it definitely wasn’t cheap, and it wasn’t the funnest $1600 to spend on our house, but I definitely appreciate not having to feel so terrified of it falling on my bedroom every time there’s a wind storm!