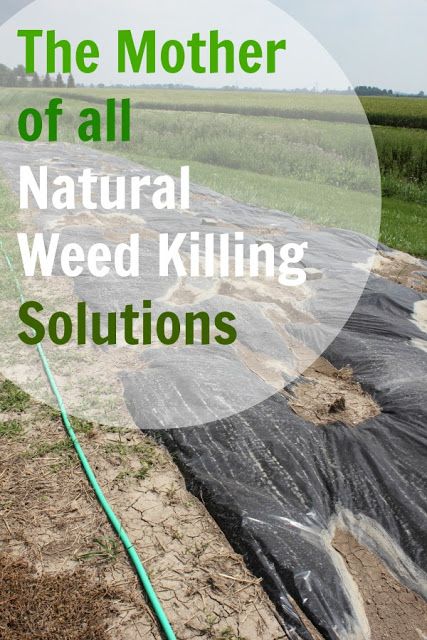 Oh, our poor neglected garden. Between camping trips, soccer games, baseball games and life, we just haven’t had the time to dedicate to it this year. It looks nothing like our garden did at this time last year.

Last year, it was a thing of beauty. All full and lush and green. With actual growing veggies, not weeds I mean. The thing is, it still ended up looking pretty much like it does now by the time the season was done. We really did dedicate a lot of time to it last year, but we just couldn’t keep up. We knew we’d have to do something different this year and maybe that’s why we’ve only planted just a few things so far. This year is a little bit of an experimenting year. 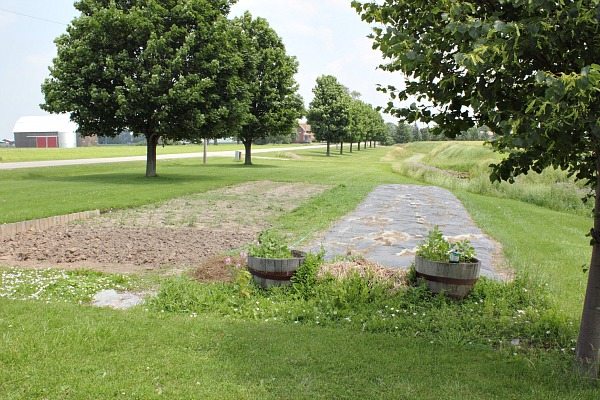 We’ve read several places that the best way (and the only way for some types) to get rid of weeds and keep them away without using crazy chemicals is to smother them with black plastic. For several years. At the start of last year, it seemed like a pretty drastic measure to lose the use of your garden for a few years just to avoid pulling a few weeds, but by Spring of this year, we knew that was what we had to do.

So about a month ago, we covered half of our garden with black plastic, leaving us just half of it to play with this year. It’s honestly still too big for any reasonable human beings to actually fill and keep up with, so we’re just fine with it for now. 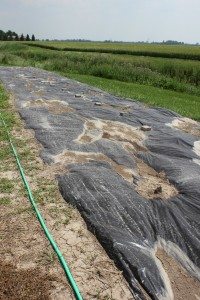 Getting the plastic was easy. Chris picked up a roll at the hardware store for about $50 and it’s big enough to last us until the end of time. Actually putting the plastic down in a way that will last and not allow any light in for the long haul was a little more challenging than it looks. We had to lay down the plastic and carefully dig a trench about 4 inches deep all around the edges, then bury the edges of the plastic. Somehow, wind was still getting underneath, so we used a combination of some patches of dirt on top and some rounded bricks (to prevent tearing) to hold it down. So far it seems to have done the trick!

So why does it need to stay down for several years? I’ve actually read some suggestions that have said you only need to smother weeds for a few weeks. Well, we’re going to be leaving it down for 2-3 years. This is because the weeds need a chance to go through their life cycles and use up all the stored energy they have in their roots. And our weeds have some big roots. One type of weed that we have, I think it’s called Hedgewood Bindweed, is supposed to take about 8 months to use up all the energy it has stored, but the recommended smotheration time is about 3 years to be sure.

So that’s the plan of attack. I’m feeling pretty good about it. Meanwhile, we’re still having a heck of a time keeping up with the weeds in the other half. 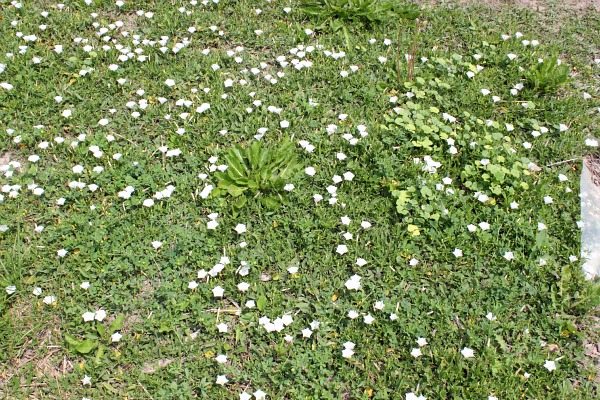 For the record, even with all of my weed killing strategies this year, I’m still kind of a wild flower/weed lover at heart. 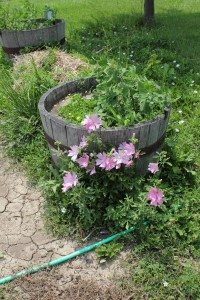 I’m a little bit tempted to one day just let the whole property go au naturel and see what happens. Look at these pretty pinky flowers that popped up!

OK, we do have some actual veggies growing this year, but only very few so far. 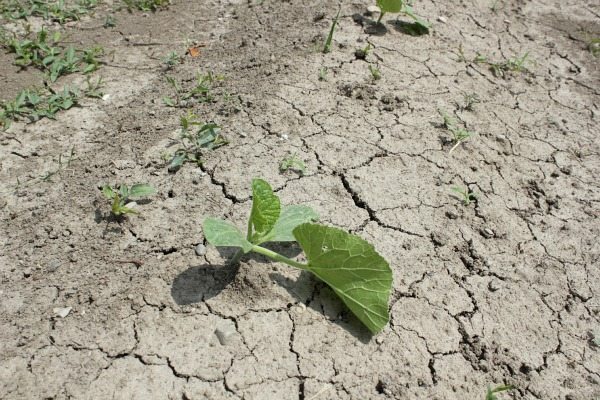 One success is the pumpkins. Last year by this time, I’d already replanted them thrice because of the bugs that were eating them to the ground. This year, one shot and it looks like we’re good to go..er..grow! 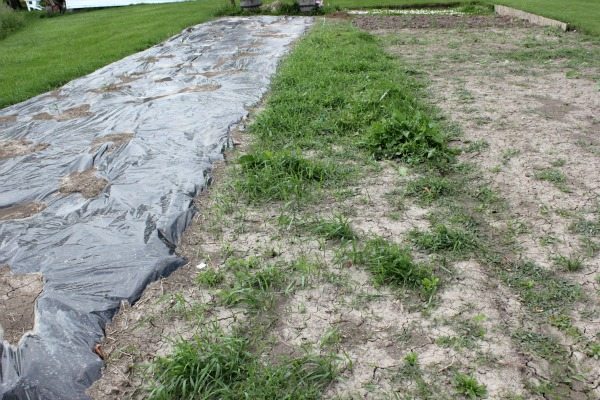 That extra thick weedy patch down the center is where we’re going to put the path. More black plastic covered with some mulch is the plan!

Edit: I should clarify that after those 2-3 years, the black plastic is coming off to hopefully reveal lots of sad and smothered weeds…and great soil! We’re not just going to plant over top like they do with that landscaping fabric. Been there, doesn’t work.

Judging by how well the plasticky side of our garden seems to be doing in the weed department, I’m a little tempted to create plastic paths down the centers of all of our rows in the future just to prevent having to weed so much. I won’t, because that would be even weirder than having a plastic half-garden. But, I could! And it would work!