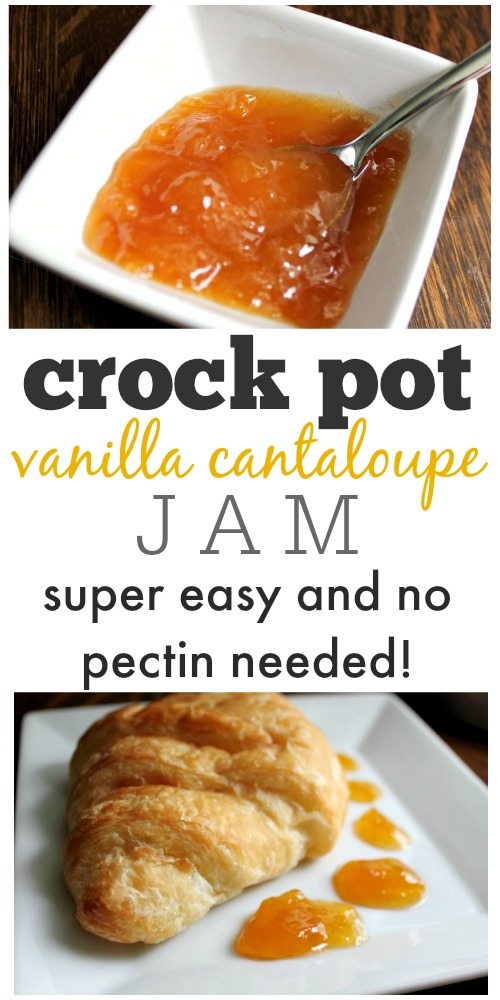 Today, my friends, it’s time for a tale of an experiment gone right! I picked up a giant cantaloupe from the store a couple of weeks ago for Kennedy, because she loves it, but it ended up being too unripe so she only ate a little piece and then didn’t want anymore. Well, I have to tell you before I get to the recipe, that I absolute hate cantaloupe. Can’t stand the stuff. Never could. But this jam is a whole ‘nother story!

I found myself with 2 giant bowls of perfectly cut cantaloupe chunks and no one to eat them, so I thought I might as well play around with it instead of just composting it in the creek right away. 🙂

Instead of standing over a stove for an hour, which I didn’t have time to do, I decided to just toss everything into the crock pot and see if it would work. I was pretty sure it wouldn’t because of the fact that the crock pot needs to stay closed so you don’t get the evaporation and the thickening that you would get on the stove, but clearly it did! I wouldn’t be writing this whole post just to tell you that it didn’t work because I don’t have time for that either!

So here’s how it’s done!

-About 3 cups of chopped cantaloupe

-About 2 cups of sugar

That’s it for ingredients! There’s enough natural pectin in the cantaloupe that you don’t even need to run to the store for that and you can just make it with ingredients you probably already have in the house. It really couldn’t be simpler, but the results taste super fancy! Just go ahead and dump everything into your crock pot and let it cook on high for about three hours. Next, you’ll probably have some chunks of fruit in there still, so get out a potato masher, or something with similar smooshing capabilities and make your jam into more of a jam-like substance. 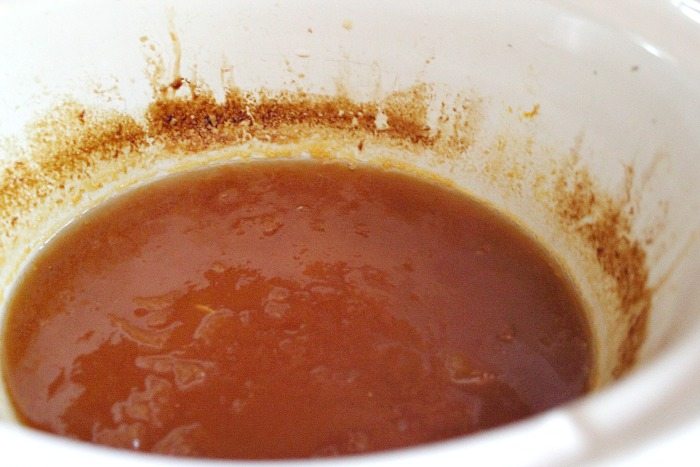 It’s hard to tell just from looking at your jam if it’s ready, so you’ll need to test it. Stick a small dish in the freezer for a few minutes and then place a blob of jam on the cold dish. If it thickens up and looks like something you could use as jam, then it’s done! If it still seems too runny, let it continue to cook and keep checking it with the cold dish every once in awhile. 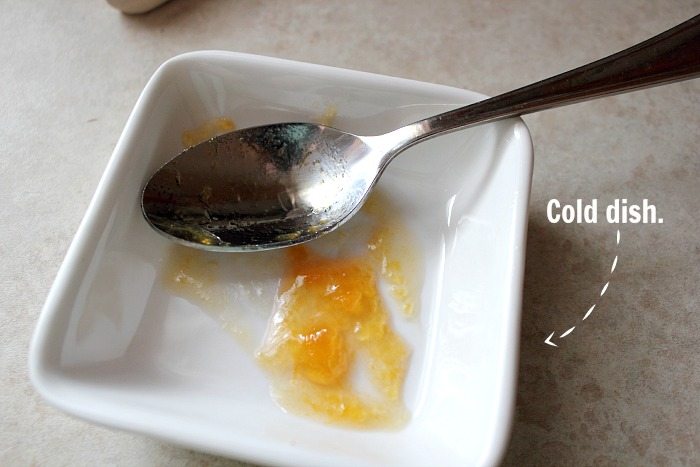 From there, you can either follow a canning process like I did in this post, or you can do like I did this time and just keep it in the fridge and make sure it all gets eaten within the next week or so. Well, OK, I gave some to my neighbor and I froze a bit too for future snacking, but I did eat most of it. I guess I do kinda like cantaloupe after all! To be fair, this jam tastes more like a cross between cotton candy and the nectar of the gods, than cantaloupe. 🙂

*edit* STOP RIGHT THERE!!! It turns out that even though we may have seen melon jams and jellies canned before, the fruit is actually so low in acid that there isn’t really any safe way to can it and prevent botulism! Scary stuff! The sugar that is normally added to jams and jellies isn’t quite enough to make up for the lack of acidity and no conclusive testing has been done to really know what’s safe. So freezing is the way to go! 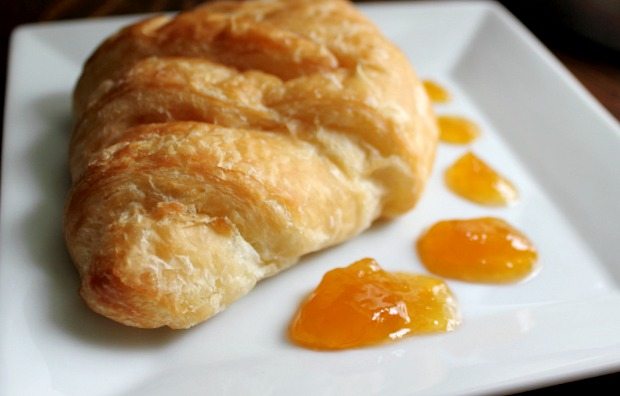 This jam is really yummy on a croissant, or toast in the morning, but it’s really amazing as an appetizer on crackers with a bit of cream cheese or goat’s cheese! 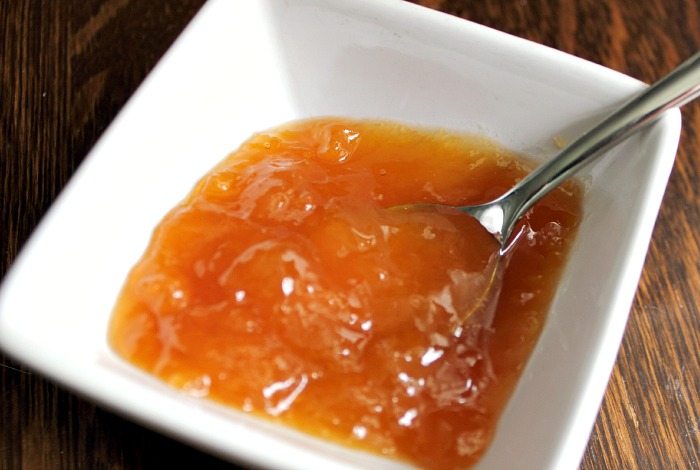 This would also be really great over ice cream or mixed into greek yogurt, but the very best part of it is that it probably only took my about 2 minutes total working time to make this impressive jam! It would definitely be a great thing to make a big batch of to give as gifts or bring as a snack to potlucks later on in the year. So much more interesting than plain strawberry jam!

If you’ve got a whole bunch of cantaloupe growing in your garden this year, or if you see it on sale at the store later on in the gardening season, why not take 2 minutes and give this one a try? Even if cantaloupe isn’t your thing, I can pretty much guarantee that this jam will be!