At some point, no matter how much you try to avoid it, you’re going to have some kind of a messy disaster to clean up in your kid’s car seat. Read on to learn how to clean a car seat cover easily!

I think we all vow to ourselves at some point that we’re going to do a better job of keeping our cars clean. Sometimes we promise that we’ll remember to take the trash with us every time we leave the car, sometimes we swear that our kids will never be allowed to snack in the back seat, or get into the truck with muddy clothes after jumping in puddles in the park. It seems that the more we pledge that we’ll never allow these things to happen, the more likely they are to take place. Am I right? 🙂 At some point during your run as a parent, you’re going to look into the back seat of your car and notice that your car seat is pretty filthy and you may even feel a little guilty for making your son or daughter sit in such a gross seat for so long without noticing. Ask me how I know. Ha! This handy explanation of how to clean a car seat cover is for exactly those times.

Prepare the Cover to be Cleaned

OK, so what I’m working with here is actually a booster seat because Jack isn’t actually in a full car seat anymore, but pretty much the same concepts apply here. 🙂 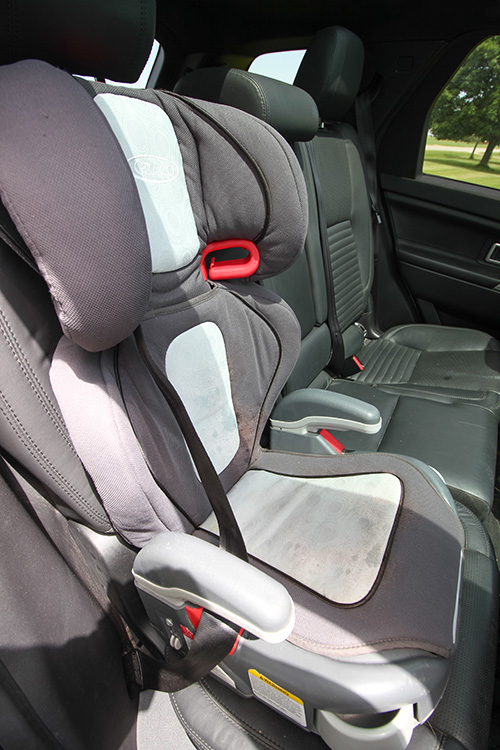 The first thing that you want to do is vacuum your car seat cover while it’s still firmly in place. This will allow you to draw any excess dust or pet fur out of the fibres of the fabric more effectively than trying to do it later when the cover has been removed and can wiggle around as you’re trying to vacuum.

Once you’re done vacuuming, the next step is to remove the cover. This is usually fairly easy to do because these things need to be able to be removed quickly after a really dramatic messy situation, but you’ll probably find that the cover is attached/hooked on/tied on in quite a few different places around the seat. If you’ve never removed your car seat cover before, you may need to take your seat out and turn it around a few times so you can find where are the little hooks and points of attachment are. They can be hidden, but they’re there. 🙂

I take the whole seat out of the car and then remove the cover from it. It’s just easier.

You’ll almost definitely notice that this is a great time to vacuum and wipe down the car seat frame underneath the cover.

Our car seat cover (or rather, series of covers) is attached mostly by little elastic loops that pop over hooks on the actual car seat base, a few longer elastic loops that stretch all the way around the back of the seat, a little row of plastic snappy things at the base of the seat in the front, and tucked in firmly around the seat belt guides on either side of the head rest. Yours will probably have some similar attachment devices. 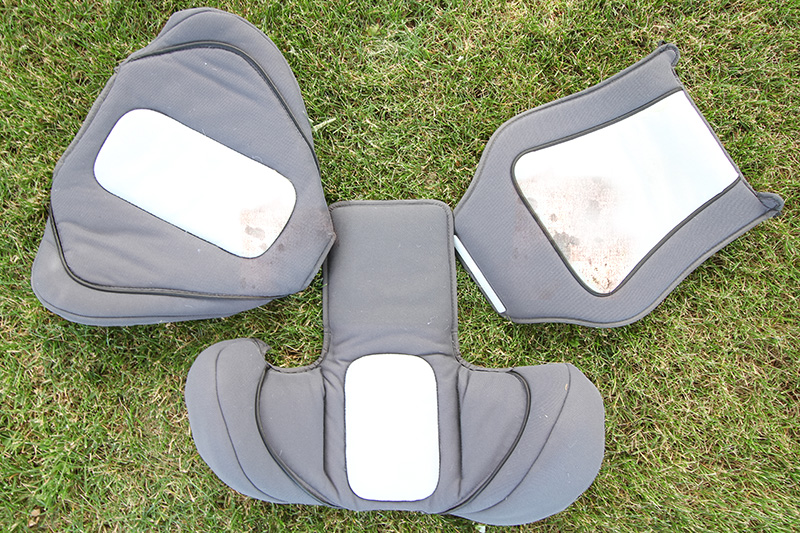 How to Clean a Car Seat Cover

Once you have your car seat cover vacuumed and removed, you basically can just treat it like any other laundry! Yay laundry! (Did I just say that out loud? :)) I usually give ours a good spray down with an appropriate stain remover, then toss it into the machine with the rest of the day’s laundry. The most difficult part is finding a window of time where we won’t need the car seat to run out anywhere and actually remembering to get the cover off in time to get it into the laundry. 🙂

If your car seat cover has any stiffer foam sections, you’ll want to air dry your car seat as much as possible, rather than using a dryer. A nice sunny day can speed up the drying process, of course! Putting anything with foam into the dryer can cause the foam to break down more quickly and if you find that you’re washing your car seat cover often, it can become lumpy and uncomfortable, or just look kind of sloppy.

Our car seat cover is mostly just soft and pliable, so I put it in the dryer on a low setting and it comes out looking just fine, mostly. Maybe it’s a little less crisp around the edges than it looked when it was brand new, but at least it isn’t caked in dirt and juice spills! 🙂 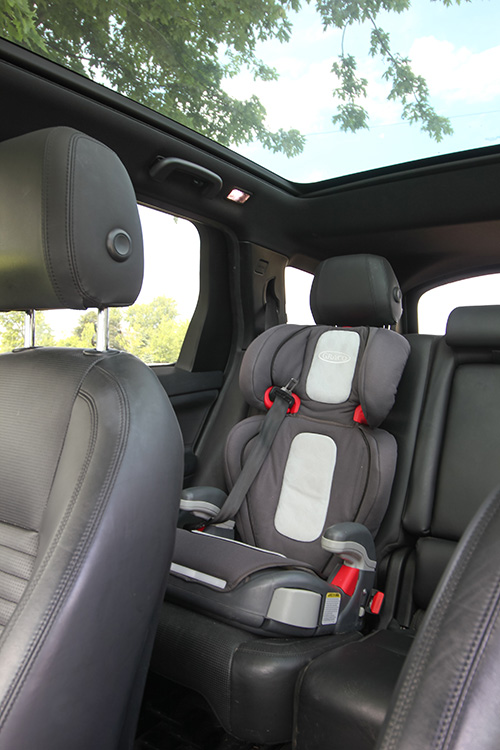 So that’s how to clean a car seat cover! Have you tried to take your car seat cover off to clean it, or do you usually just try to spot-clean the worst messes and hope for the best?