Learn how to propagate succulents using just a leaf taken from an existing plant! This is both really neat and a great way to grow yourself some free plants!

I’m sharing another little succulent trick that I learned recently. Like most people, I kinda, sorta knew that you could supposedly easily grow more succulents from existing plants, but I wasn’t really clear on exactly how to do that. When you propagate a lot of plants from cuttings, you often need rooting hormone or something else to help the process along, but succulents are really not needy at all. This process isn’t totally dissimilar to the process for fixing stretched succulents that I showed you the other day. You just need to know about a few little variations and you’ll be on your way! So here’s how to propagate succulents.

When I was working on this little “project” Kennedy told me about how she had seen a tiktok where someone had gone into a local garden centre and found some leaves that had fallen off of plants in the succulent section and taken them home to do this project for free. Technically that’s stealing, so it’s probably better to borrow a few leaves off of a friend’s plant, or a plant that you already own, but I still thought that was pretty clever and resourceful of that tiktoker. 🙂

For your vessel, something big and shallow works well. You don’t need a lot of depth for your potting mix, but it’s nice to have a good amount of surface area to work with if you have a lot of leaves to work with. I used a drawer organizer that I had handy, but something like a baking sheet or a boot tray will work well too.

A spray bottle works really well for watering because it will add moisture to the soil in small amounts without flooding your unrooted leaves and causing them to float away on you. I love these simple glass spray bottles because they’re attractive enough to leave out all the time.

How to Propagate Succulents

This is the simplest little five minute project ever when it comes to the part of the process where you’re actually “active”, however there is quite a bit of waiting after that’s done. 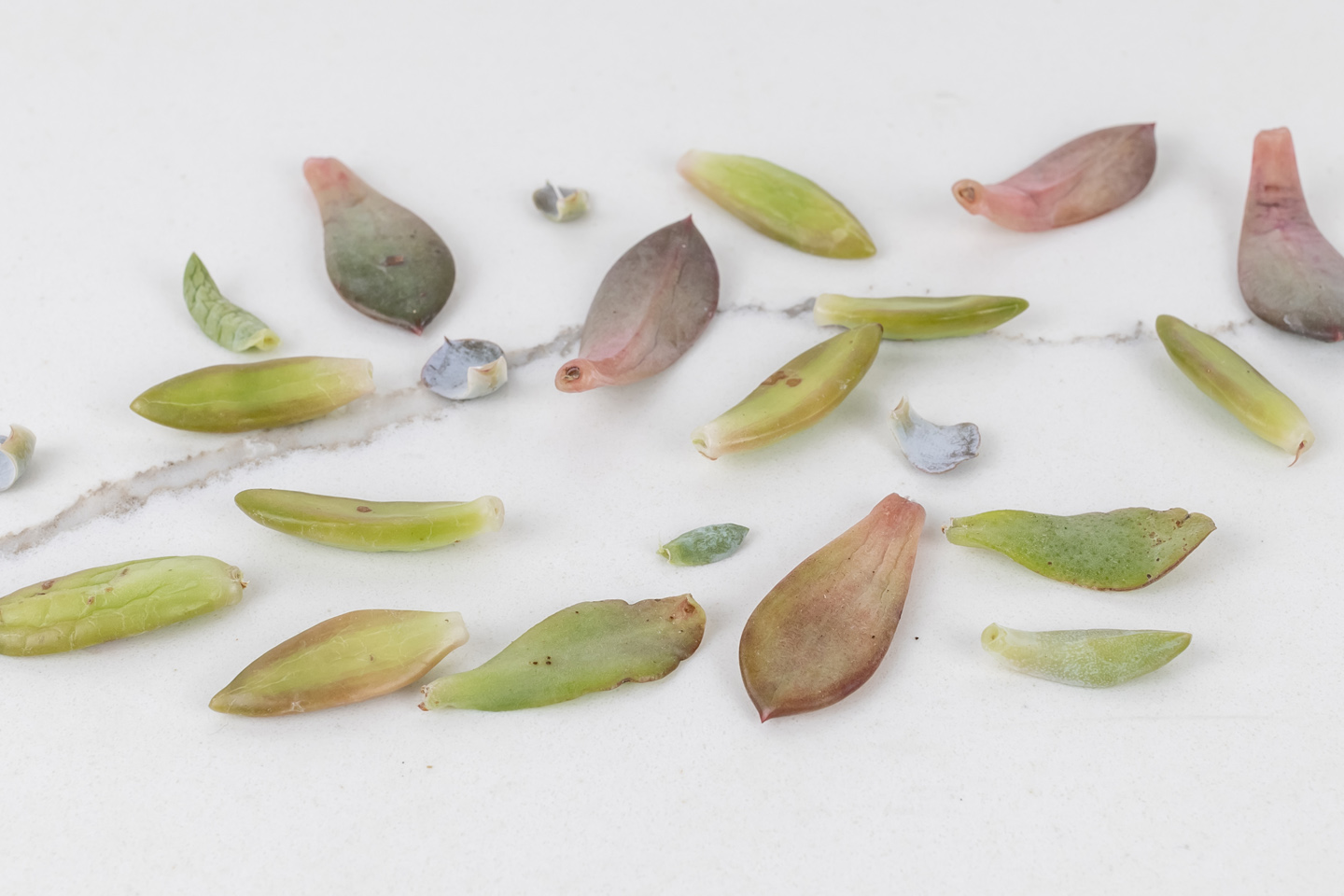 Start out by removing succulent leaves from an existing plant. You’ll need to be sure that you get the whole leaf to break off right where the leaf meets the stem. Broken or torn leaves won’t usually work. After the leaves have been removed, allow them to dry out for 1-2 days. This causes a scab to form over the exposed area and protects the leaf from bacteria when you introduce it to the potting mix. You may even see some tiny hair-like roots starting to form after this drying time. 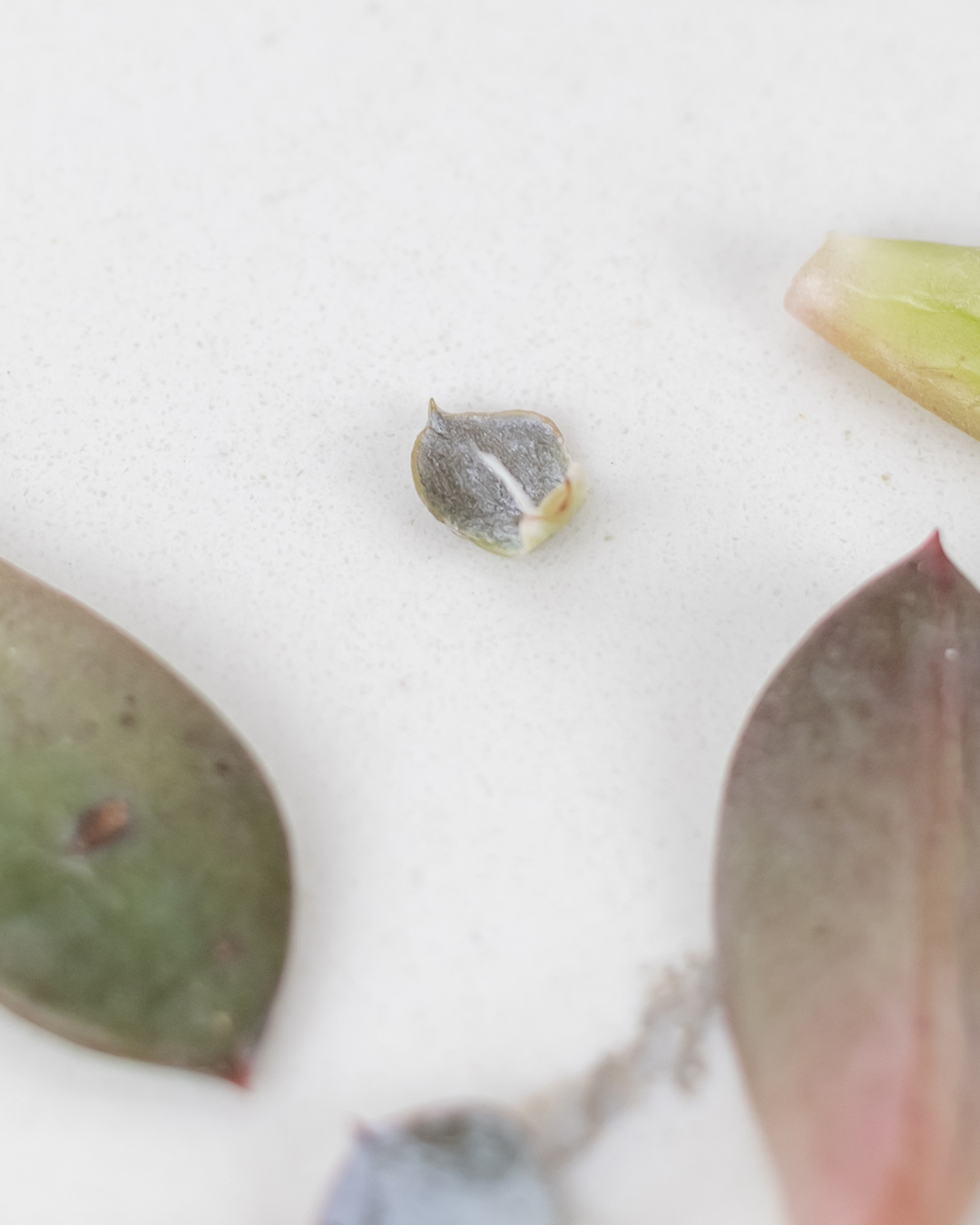 Fill your large shallow container with potting mix and smooth it out to create a flat surface on top. Arrange your leaves on top of the surface of the soil as shown. 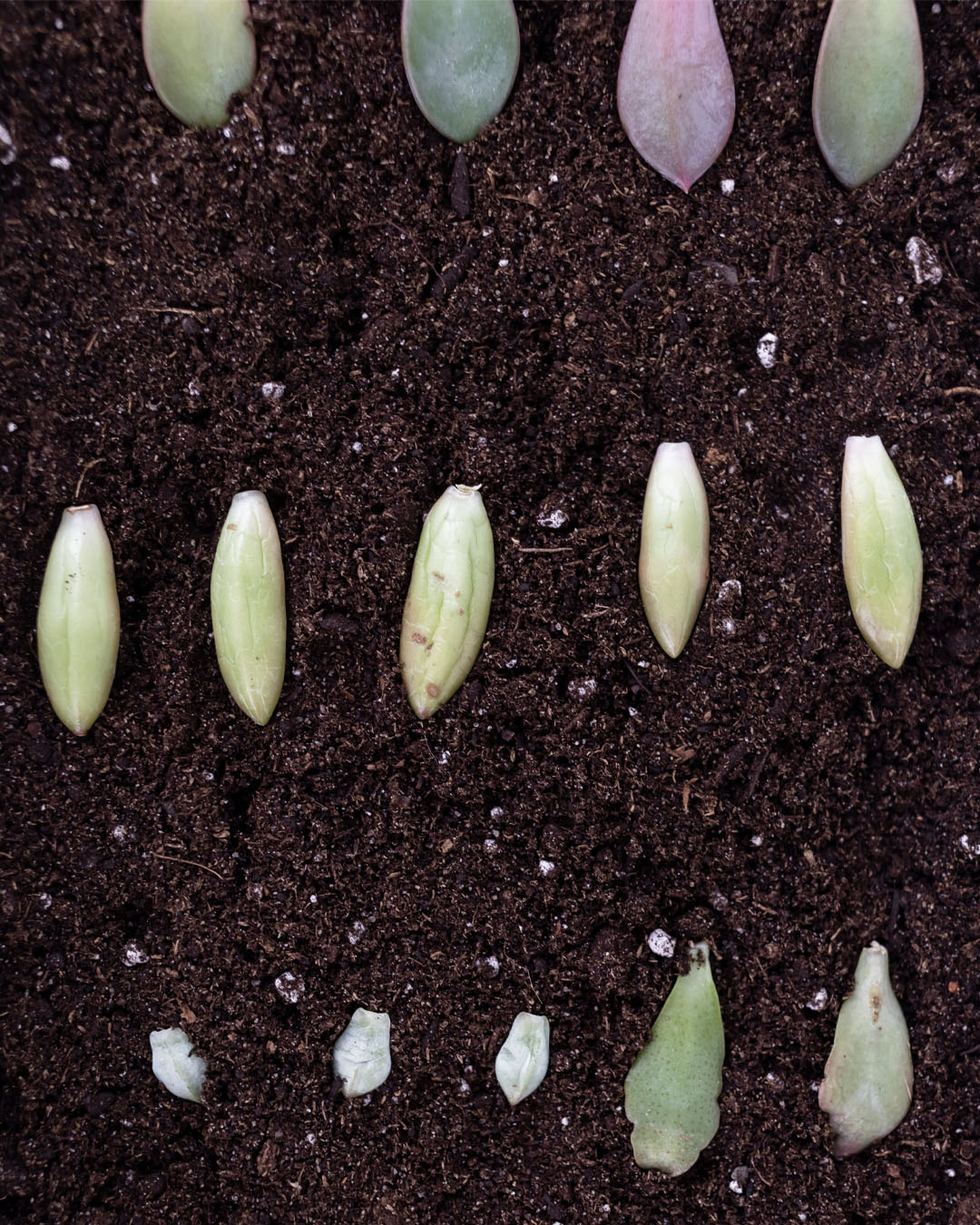 You can just line them up in straight lines like I did or you can create a pretty pattern if you like. The only really important thing to remember here is that you’ll need to leave about an inch of space at the base of each leaf so that the new succulent has a little room to grow once it gets started. 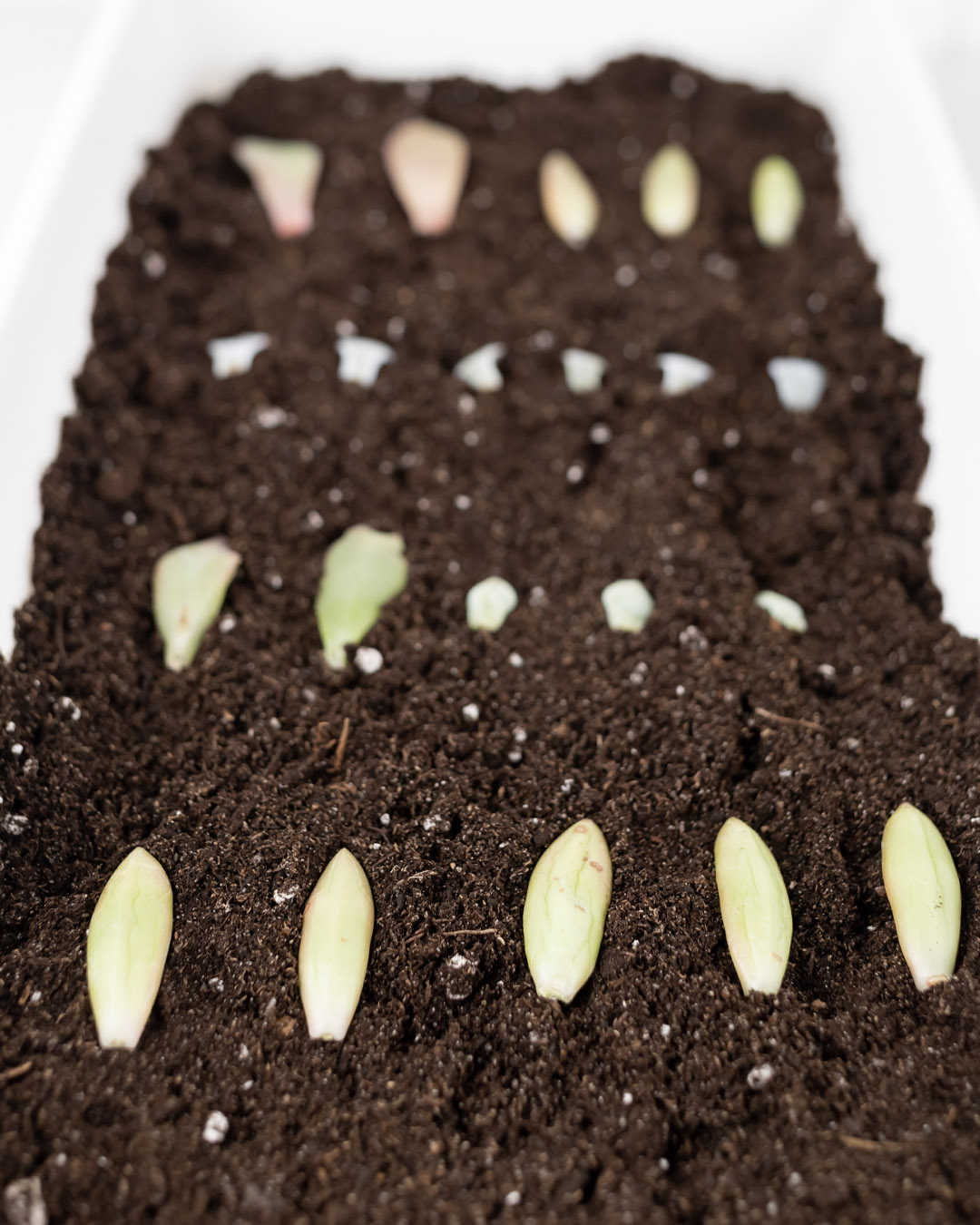 The potting mix will have a small amount of moisture in it if you’re using it straight out of the bag, so you won’t need to water your succulents for about a week. With a shallow set up like this, you will need to water these new succulents a little more often that you would water your fully-grown and potted succulents. So probably once a week instead of once every two weeks like you would normally do.

Succulents do like quite a bit of light, so place your tray of leaves in a sunny window or under a grow light. After several weeks, you should start to see teeny tiny new succulents starting to grow at the base of each leaf. Leave that larger original leaf attached until the new succulent is quite well-established and ready to be moved into a regular pot because the new succulent will actually feed off that original leaf and take moisture and nutrients from it as necessary. Isn’t that neat?

Have you propagated succulents before? Is this how you did it?