We’ve just installed one set so far on our house, but already I can see what a difference they make. We have a total of 8 shuttered windows on our house, so doing the rest of them won’t be a huge project and we should be able to show you the whole before and after fairly soon! For now though, let’s focus on the one set on the windows by the deck. We recently remodeled and stained our deck. You can read all about that and see the full before and after here.

Here’s our deck with the old green shutters. We still have a bit of work to do on that area but it really does look a million times better back there. 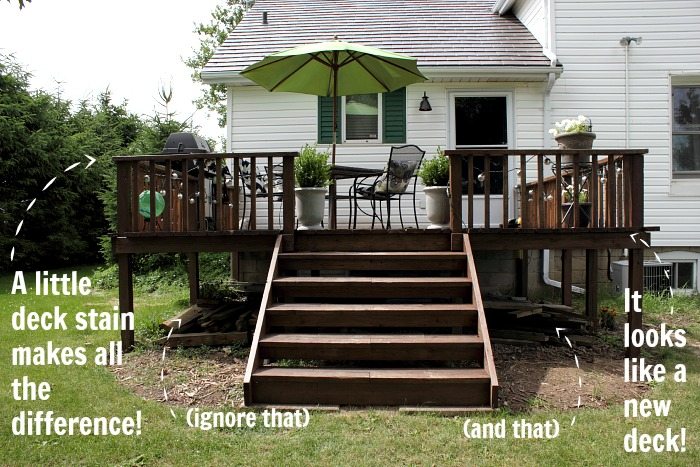 The problem with these shutters is that they’re built right into the siding so they look really really fake. They look OK from a distance, but they really bugged us. Also, white houses with dark green shutters are really popular around here and we didn’t want to be “one of the green houses” on our street anymore. 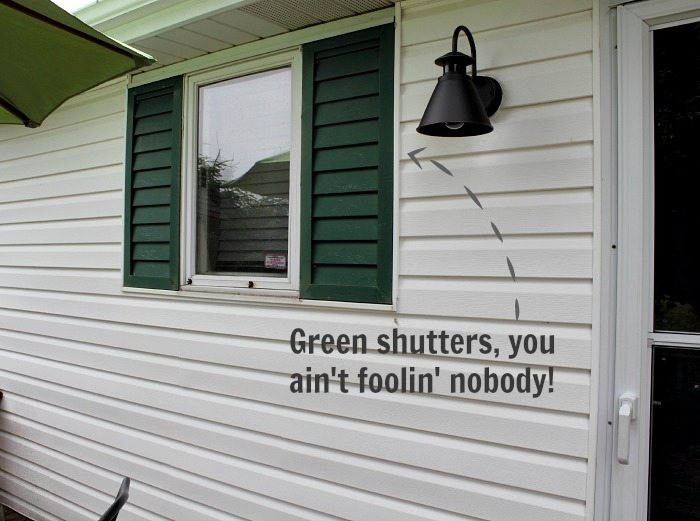 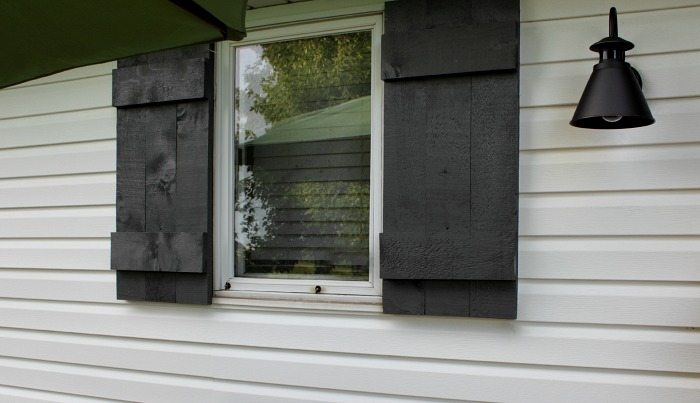 Just so much nicer, right?

Here’s how we made them in like 5 minutes flat! 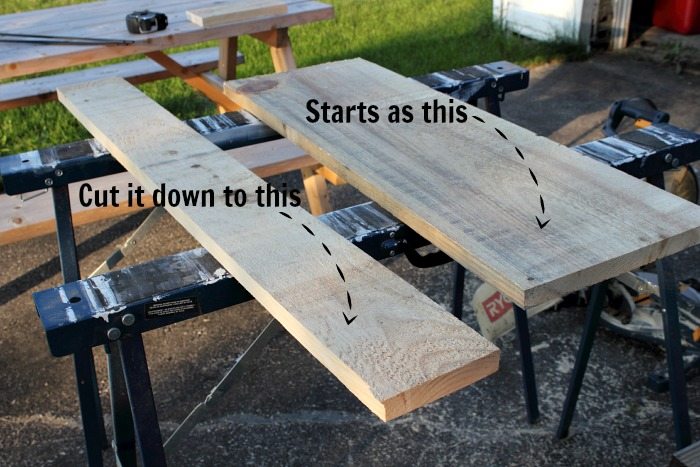 Chris picked up some 1×12 rough cut pine. The roughness of it gives it extra farmhousey appeal! We cut it down into 5″ strips. You can do any size you like, we just went with a size that would cover up our existing shutters. We made our shutters 3 boards wide and then put one board across the top and the bottom for a classic look. 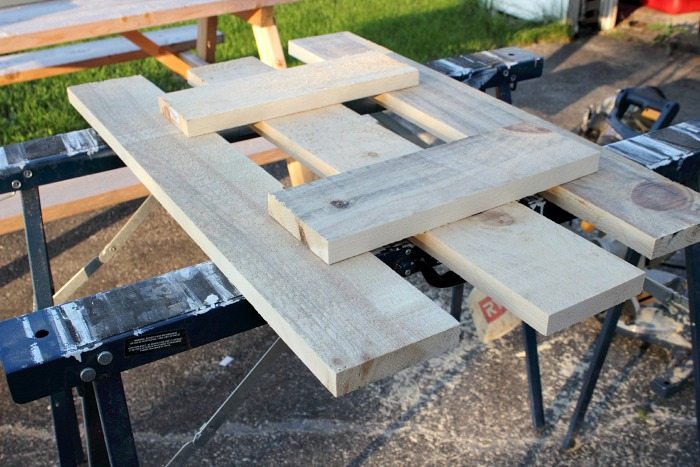 Then we clamped them all together and secured it all with a few screws. 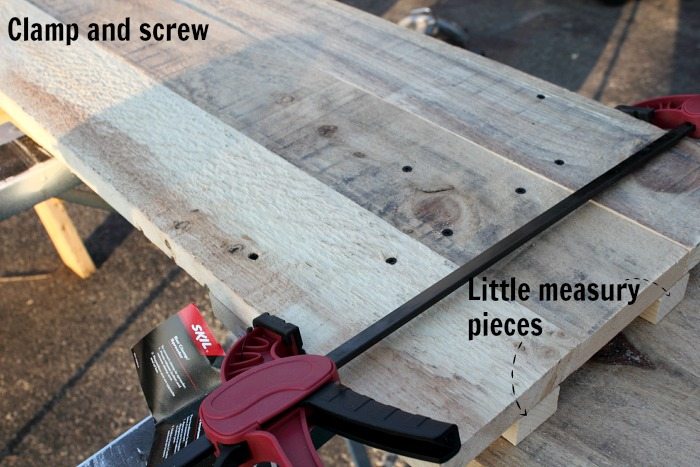 We cut a couple of little measury pieces to put up against the top and bottom cross pieces so we could make sure they were the same distance from the ends on both sides. We didn’t want any shifting to happen while we were adding the screws! 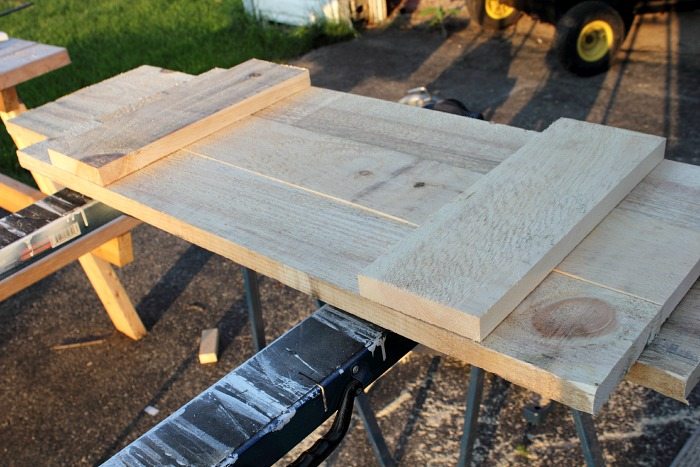 It worked! We ended up with two perfect shutters.

Next we just painted them grey and hung them by screwing them straight into the existing shutters. 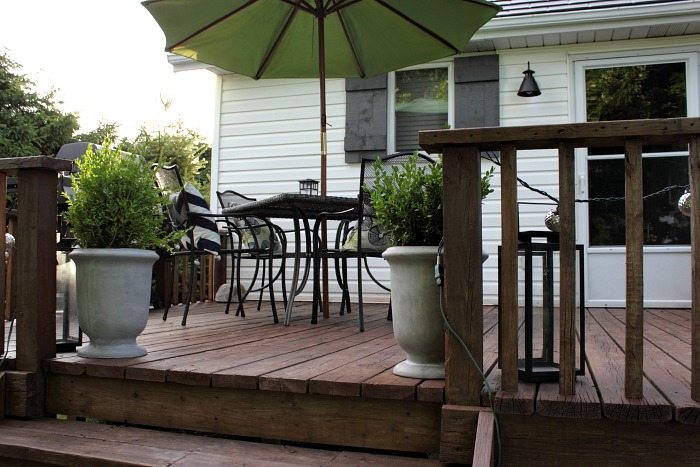 This really is one of the easiest little building projects you can do and it’s a great one for beginners, but what an impact it makes! If you feel like your house could use a bit of a curb appeal boost, why not try adding some shutters in a color you love?