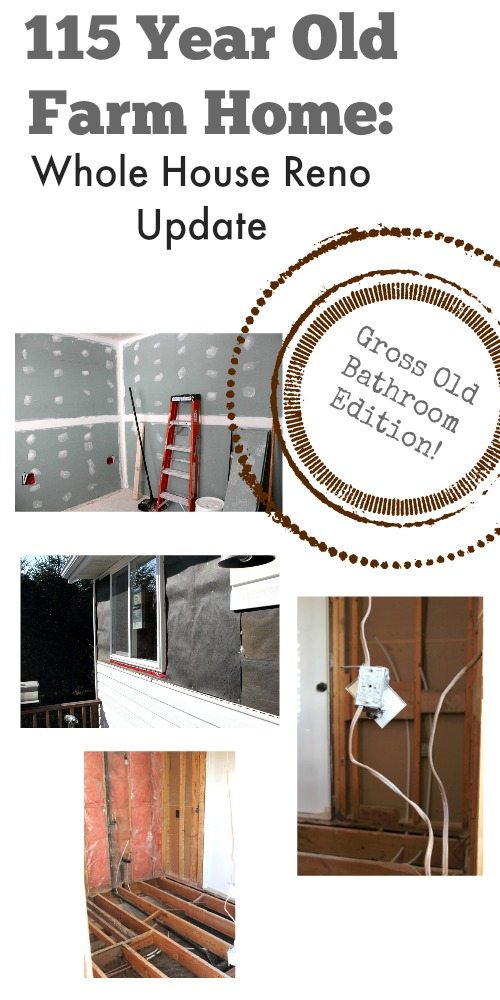 OK, so I know I’ve mentioned that we’re doing this huge, crazy, massive, ridiculous master bathroom reno a few times here and there, but really, I’ve been a terrible blog hostess because I have yet to post anything on my actual blog about the whole thing. I thought today would be as good of a time as any to get you all caught up on everything that’s been going on in there for the last few months so we can all move onto the fun and pretty stuff together really soon. If you’ve ever wanted to be a fly on the wall in a complete down-to-the-studs-and-floor-joists reno in an old farm house, now’s your chance!

So, it all started back in the Fall when we rented a dumpster. We had made good progress elsewhere in the house, and Chris thought that he might start to do a little demo work in the bathroom since we still had a bit of room in the dumpster. Honestly the bathroom had gotten so bad that we weren’t using it anymore. I’ll save those pictures for the full before and after post at the end of this project! It was a wheelchair accessible bathroom, so there wasn’t much of a difference in slope between the shower and the regular floor. Water had been splashing there for the last 30 years and we knew there was mold under there somewhere.

Well, as it always goes with these things, Chris pulled the flooring back and found that it was even worse than he’d thought. Isn’t that always the story? We knew at that point that we couldn’t just do a bit of demo work right now and then more later, we just needed to get all of that mold out NOW!

I honestly wasn’t really fond of Chris being in there breathing all of that in, so we decided to call in a contractor, just to help us get the place safe and get all the nasty stuff out so we could have a blank slate. About 2 days later, here’s how things looked. 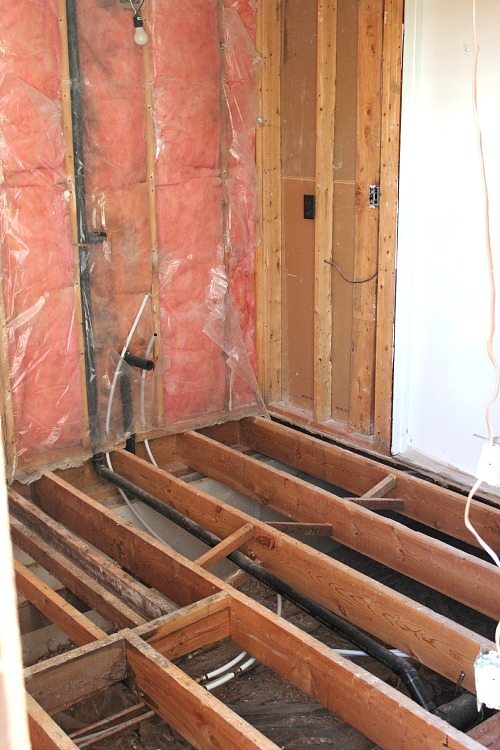 A few of the floor joists actually needed to be replaced because they were so bad. Everything else was washed with an industrial strength mold-remover. I know it looks pretty scary in there, but this is when we started to get really excited. Two days! Look at all that progress! “Well”, we thought, “since they’re here anyway, why not get them to move some of the plumbing and put the toilet and new tub where we’d really like them?”…and “While they’re here, why not move the door? And cut a hole in the wall and put in a new window? Why not move a whole bunch of electrical too?”

You can see where this is going… 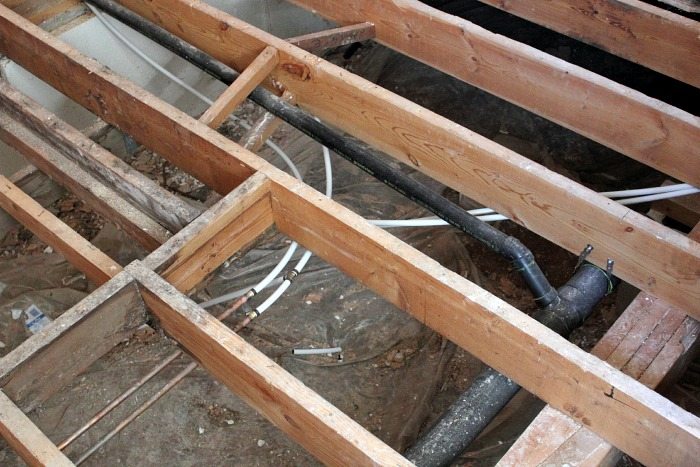 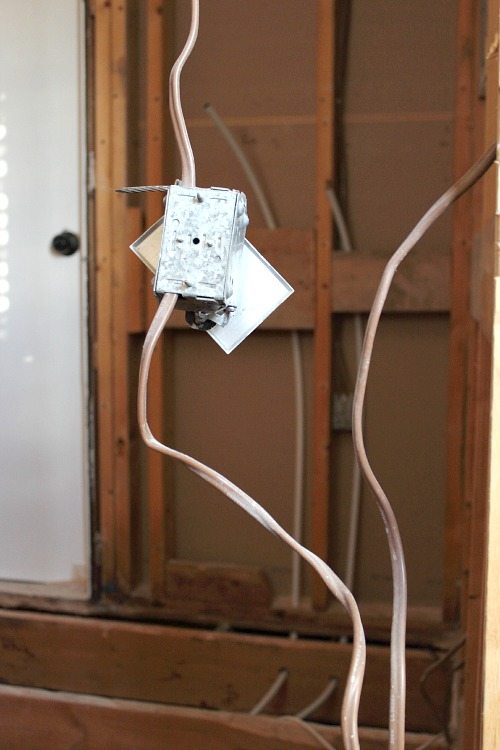 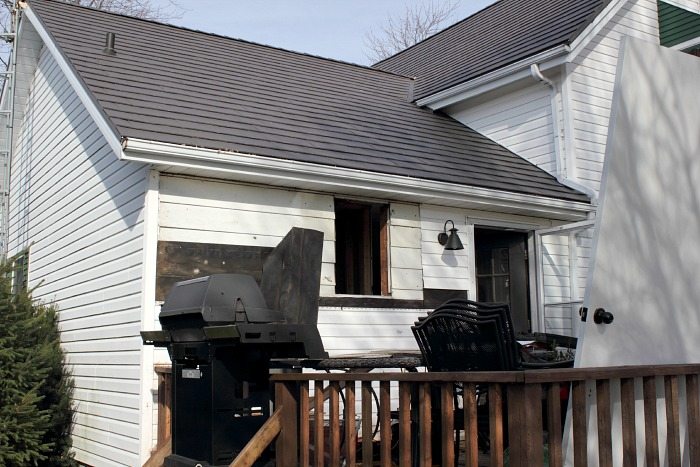 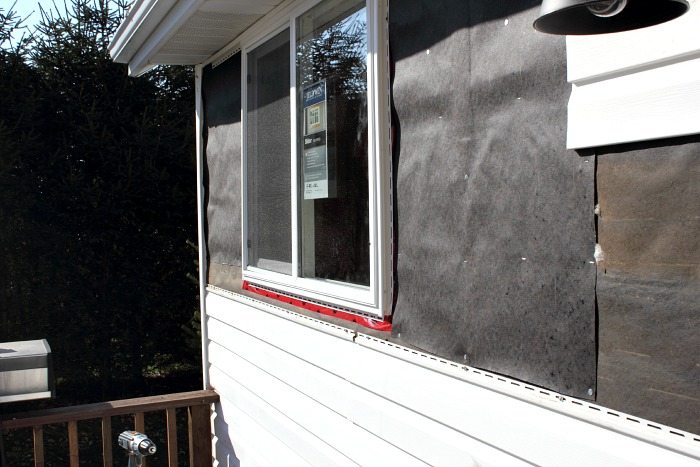 A few weeks into the project, we had made some huge changes in the room and things were really moving along. Then, a couple of things happened: 1) I got baby Jack to start sleeping really well in his crib at nap time, freeing us up just a bit during the day, and 2)Chris realized that he really did want to do more of this project himself so he could be sure that everything is absolutely perfect. Because it’s Chris. So we got the contractor to finish up what he was working on, paid him for those few weeks, and then we’ve started working in there ourselves. Naturally, things have slowed down a lot but we’re definitely starting to get into the really fun stuff now!

Paint! (I’ll give three brownie points to anyone who can guess which color I’m painting this room!) 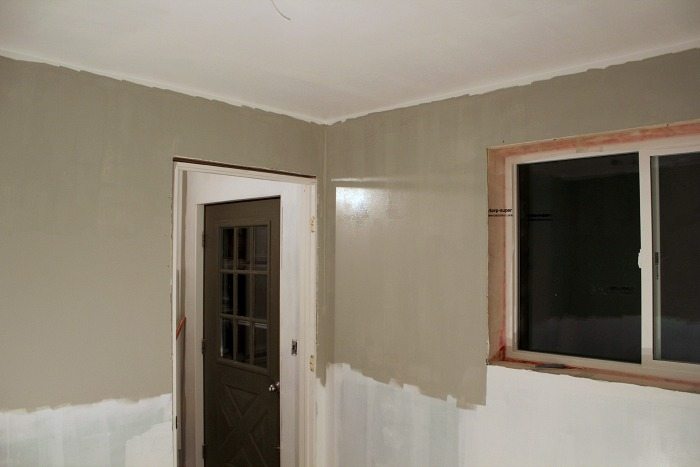 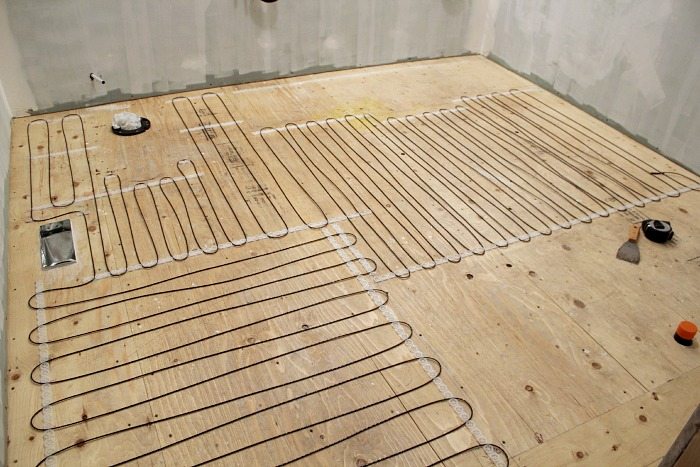 So much fun, right? Honestly, because we’re trying to do lots of interesting things in here, we’re really stretching the limits of our capabilities, but we’re also learning so much along the way!

As for the pretty stuff in here, I’m sooo excited to be partnering with Moen and KraftMaid Cabinetry on this project. The whole room is going to look and function like a dream and I’m pretty sure I’m never going to come out of this room once it’s done.

But first it actually has to get done. So we’re working on that.

Here are some more snapshots of things that happened in the room over the last little while: 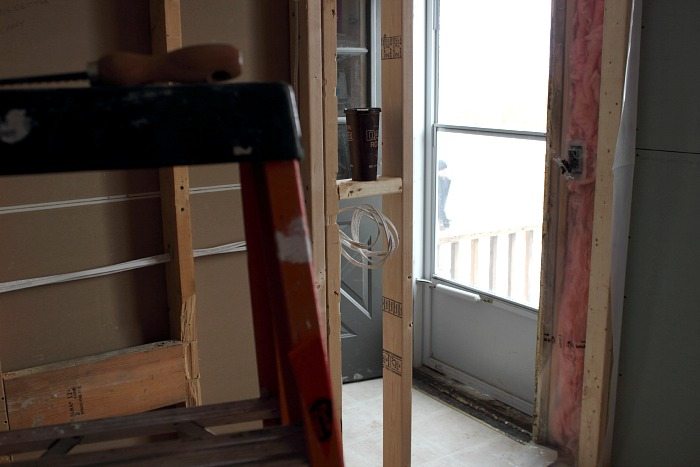 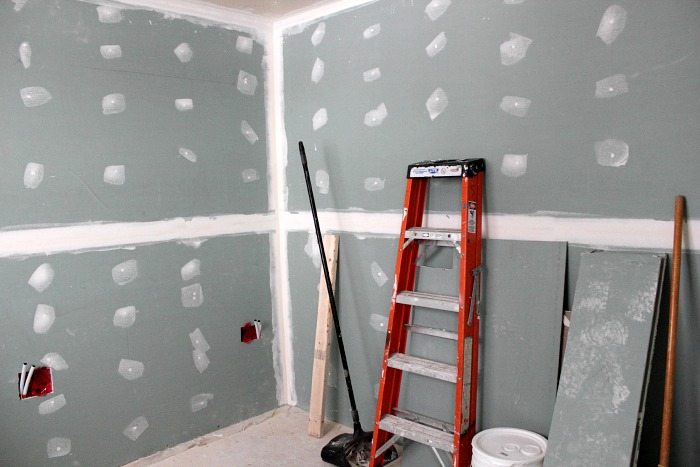 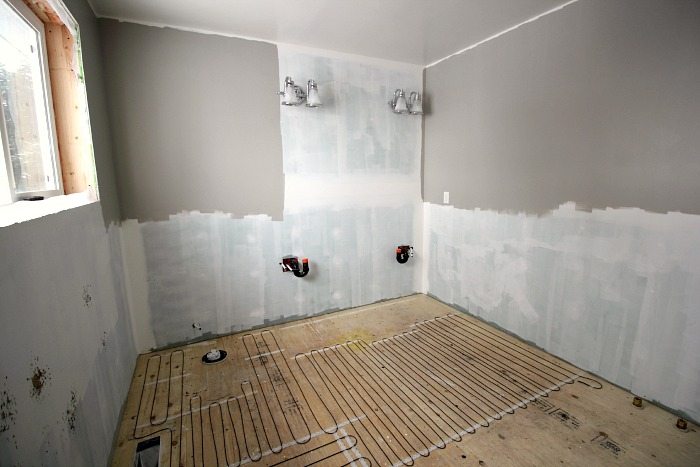 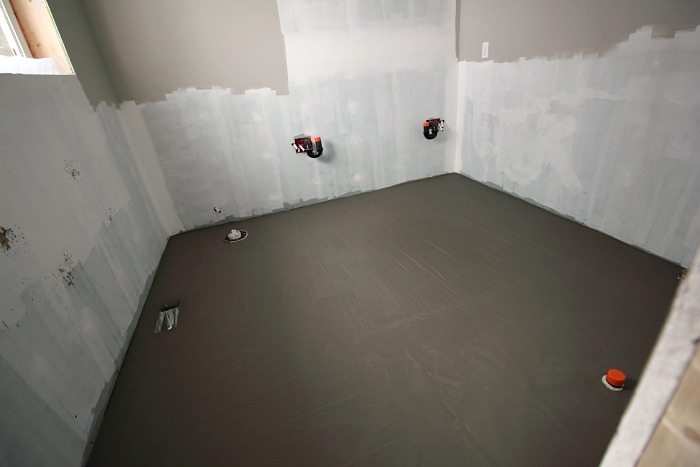 There! Now you’re all updated. I feel so much less guilty now! I’ll have lots more for you very very soon I hope!