Plastic grocery bags have many great uses around the home but saving all those bags just contributes to the clutter in your cupboards.  Well, go ahead and save your bags and say goodbye to that clutter too as I show you how to neatly fold grocery bags.

Some of the women in Chris’ family have been folding their grocery bags like this for the past few years. I have to admit that I kind of thought they were nuts for awhile. Fold grocery bags? Why would I waste my time doing that when I could  just stuff them somewhere and be done with it? Because it’s just so so much better! That’s why!

I finally decided to give it a try and learn to fold my bags myself a few weeks ago and now I’m completely addicted to it. I can’t let a single grocery bag be put away without it first being folded! I’m totally delighted every time I look under the kitchen sink and don’t find a giant mess of bags there. It’s a little corner of happiness and peace in this crazy mixed-up world we live in. 🙂

I’m not even joking, I like it that much.

How to Fold Grocery Bags

So here’s how you do it!

First release your giant mess of bags from whatever sad corner of your house you’ve been hiding them in! Release them! 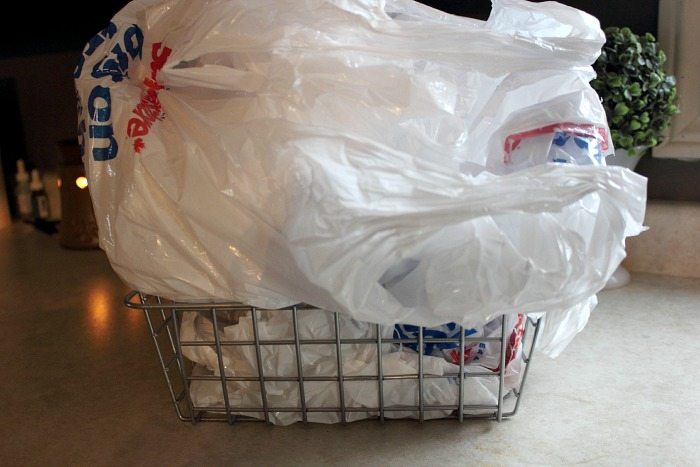 Now take your first bag and lay it down flat! 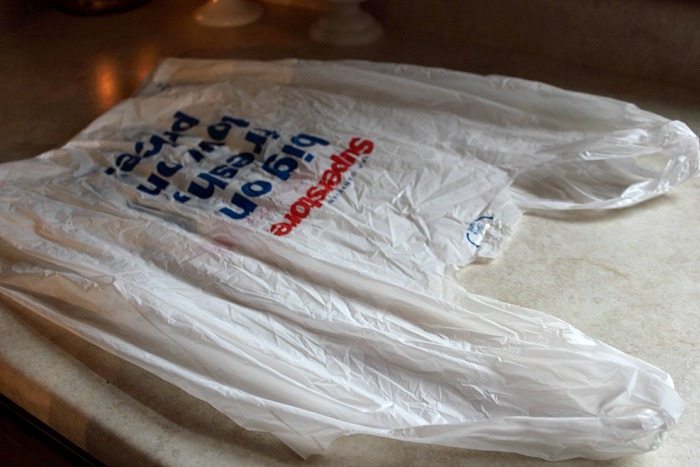 It helps if you kind of pinch inside the bottom corner to get them really straight too while you’re doing this. 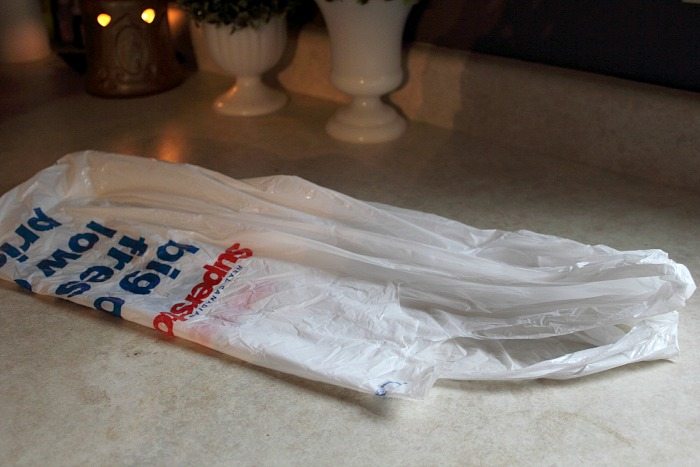 Fold it in half! 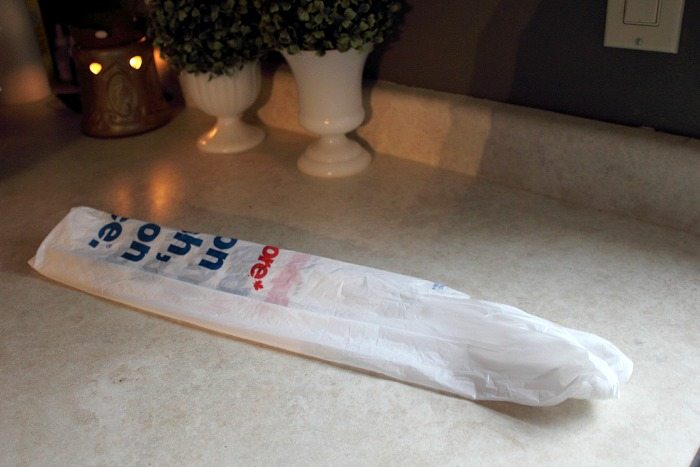 Fold it in half again!

Now you’re going to begin folding it up onto itself in a triangle shape. 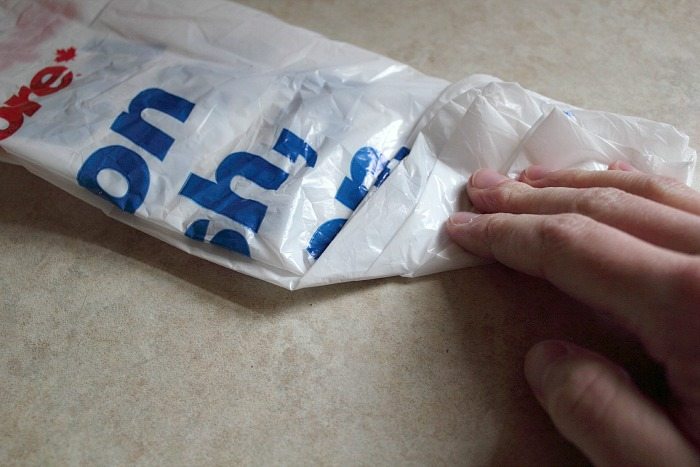 Keep on foldin’ down the line in a triangle shape. 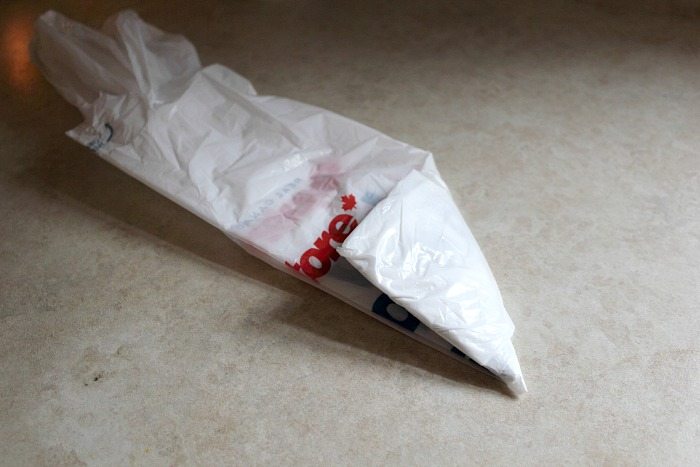 Once you get the to end, you’ll have a triangle shape with a little tail.

Tuck that tail in! 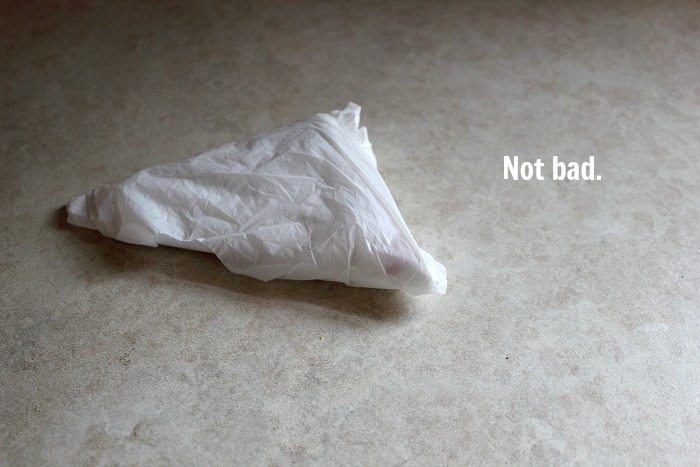 The above is a picture of my first attempt. Just practice it a few more times and you’ll get the hang of it. 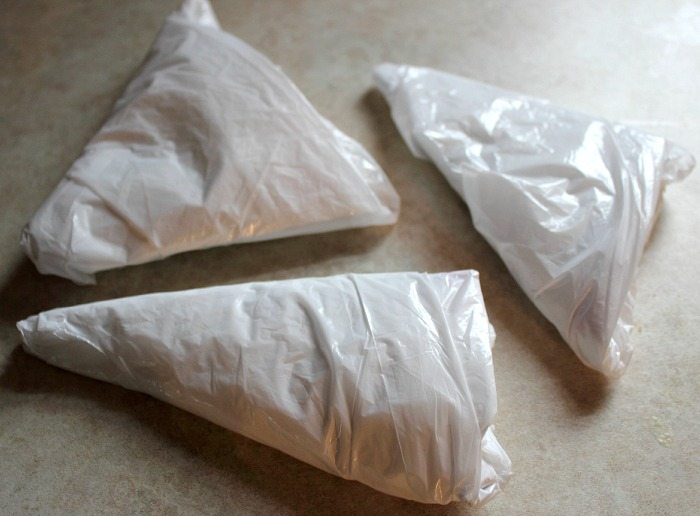 By the time I got about half way through my basket of bags, I was much much better at getting really crisp folds. 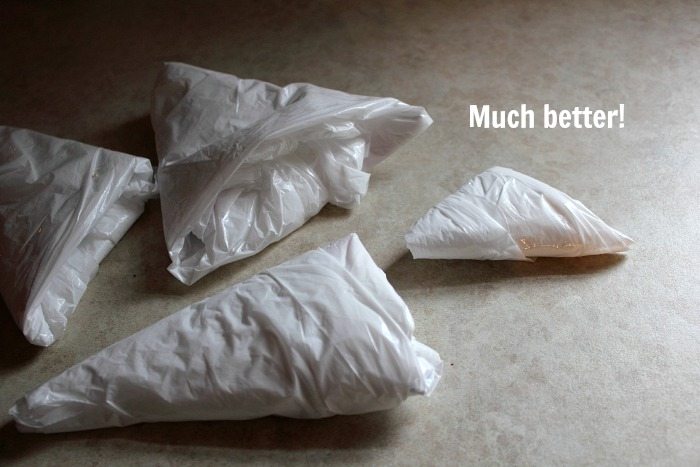 And then my mess of a basket started to look like this! 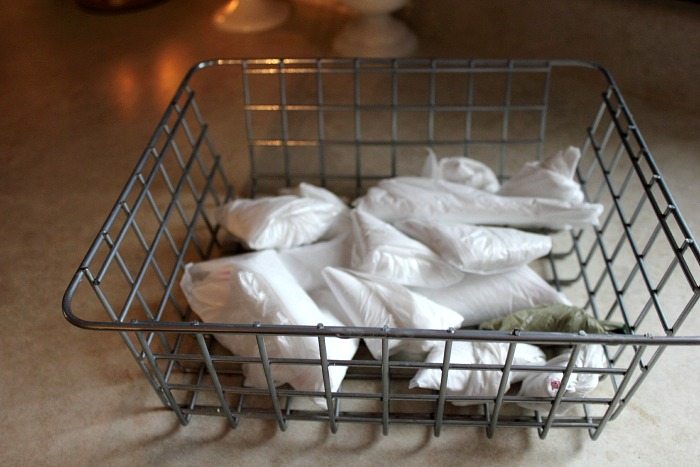 I’ve actually moved my bags to a smaller bowl recently because I really have no need for such a big basket anymore!

Try this one out if you’re always trying to figure out what to do about your plastic bags! It’s like origami for grown ups!

To reuse these bags, check out this handy trick: The Hook on the Garbage Can Trick

Make sure you tell all your friends too. I’ve created several graphics for your pinterest pinning pleasure too, just because I think this is the best thing ever and I know you will too and you’ll want to remember and share it :). Why did I put off learning about this for so long? Oh well! You live, you learn! 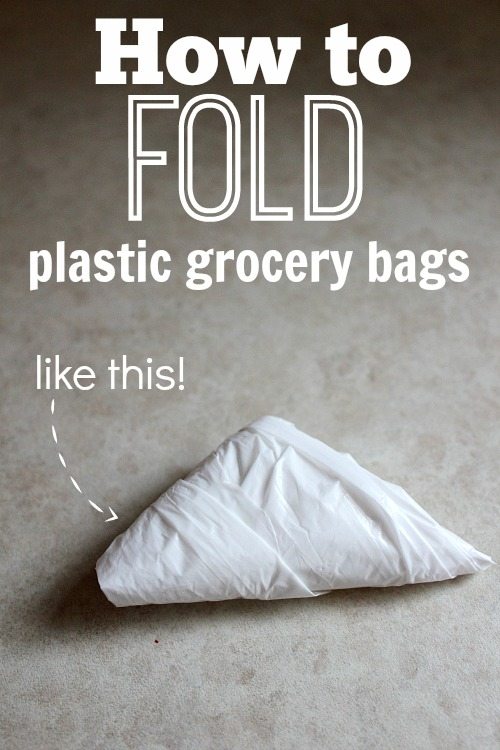 Hope this is helpful to you! And really, if you think it sounds crazy like I did, you have to try it!