Mummy bark is such a fun and easy little treat to make during the Halloween season. Kids love it and it only requires a few ingredients!

I love this recipe for mummy bark for Halloween because it only takes 3 ingredients to make (if candy eyeballs count as an “ingredient”) and it just seems to be endlessly entertaining for anyone you share it with. This is a great little afternoon project to make with older kids or to make for kids of any age.

Kennedy and I made this together and because you need to work kind of fast, we didn’t make it when Jack, who’s three, was around, but we did share some with him afterward of course. He loved it and he laughed so hard at those little candy eyeballs. 🙂

So here’s how you can make some too!

What You Need to Make Mummy Bark

With bark recipes, I find that they work a lot better with milk chocolate than dark chocolate. Bark is just the kind of thing that you expect to be really sweet, so the dark chocolate never seems quite right, even though I usually prefer it for just about everything else. Actually, as much as it pains me to say it, the “cheaper” chocolate seems to be better in bark recipes than the higher quality stuff. If you you your melting chocolate from a bulk foods store like we do and you have several different chocolate options, go with the cheapest one!

Start out by placing your chocolate in two bowls and microwaving them until they’re melted. 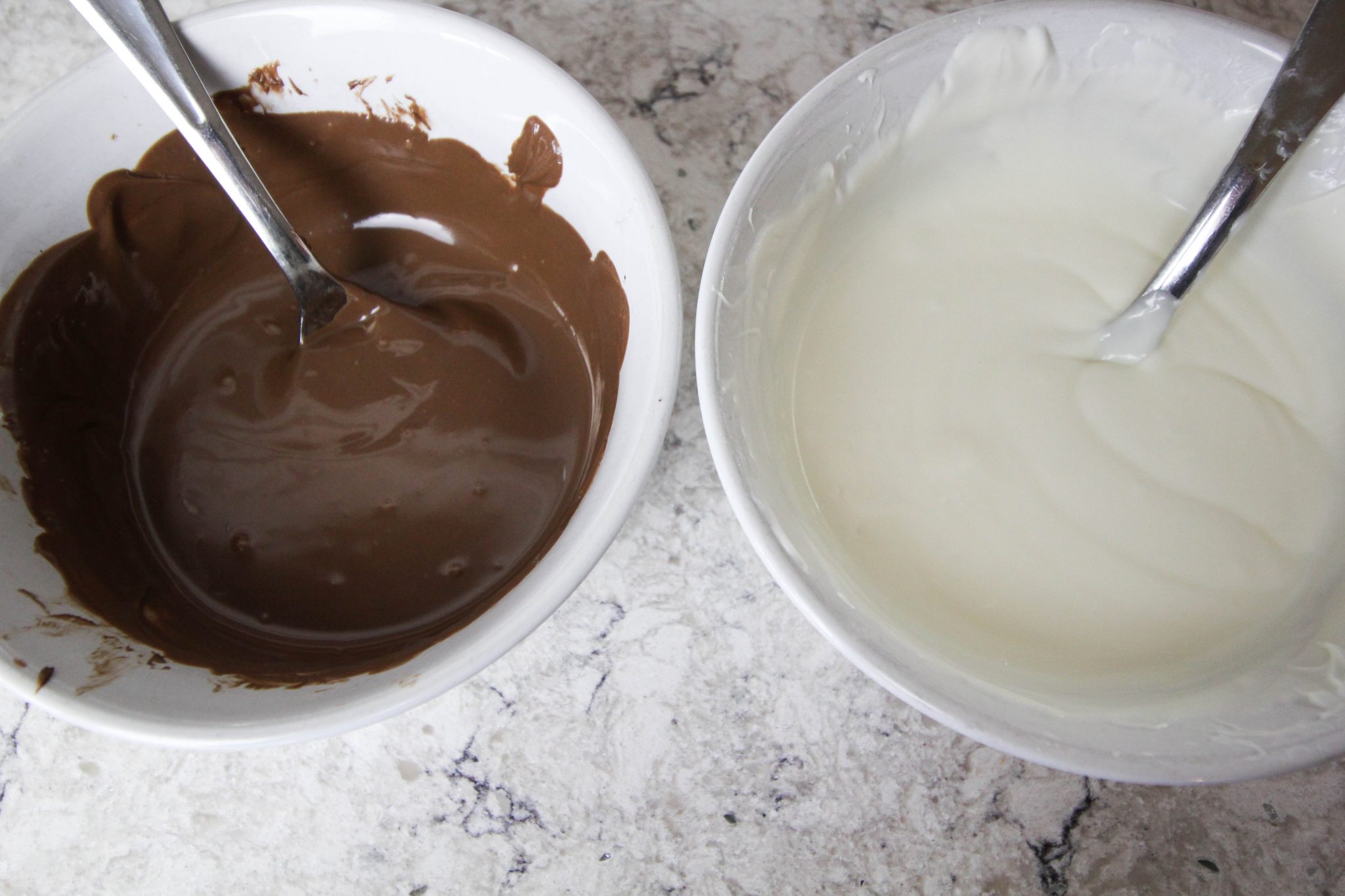 It really doesn’t matter the exact amount of chocolate that you use, just try to have a bit more of the white chocolate than the milk chocolate. Other than that, just “eyeball” everything. Ha!

Line a baking sheet with parchment paper or wax paper and pour down all of your milk chocolate. Smooth it out with a spoon until it’s a little less than 1/8″ thick. 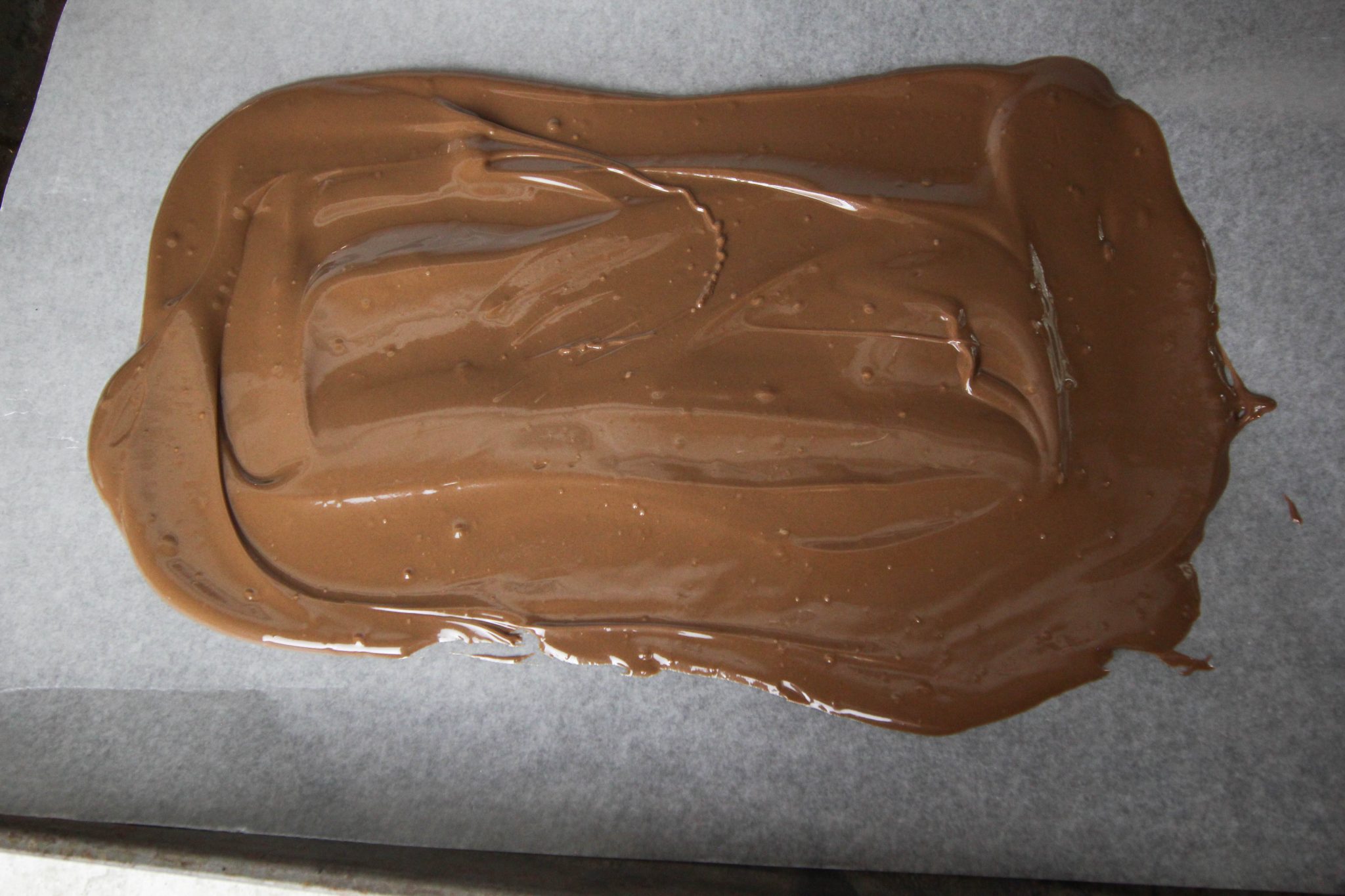 Next, transfer some of your white chocolate to a squeeze bottle. You want the bottle about halfway full. You can keep the squeeze bottle in a bowl of hot water to keep it melted. 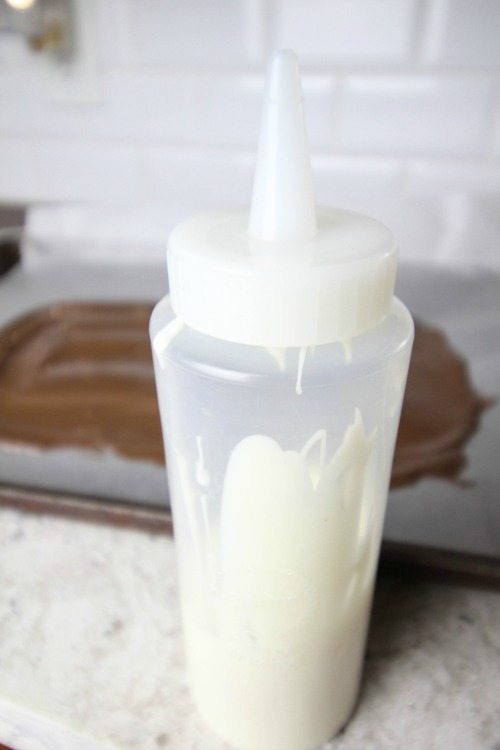 Pour all of the rest of the white chocolate over the milk chocolate, covering it up as much as you can. Smooth it with a spoon to cover any spots you missed. Don’t worry too much about a little milk chocolate showing through because that just kind of adds to the “old tattered bandages” look that we’re going for with these mummies.

Then, take your squeeze bottle and make little zig zags all over the bark. 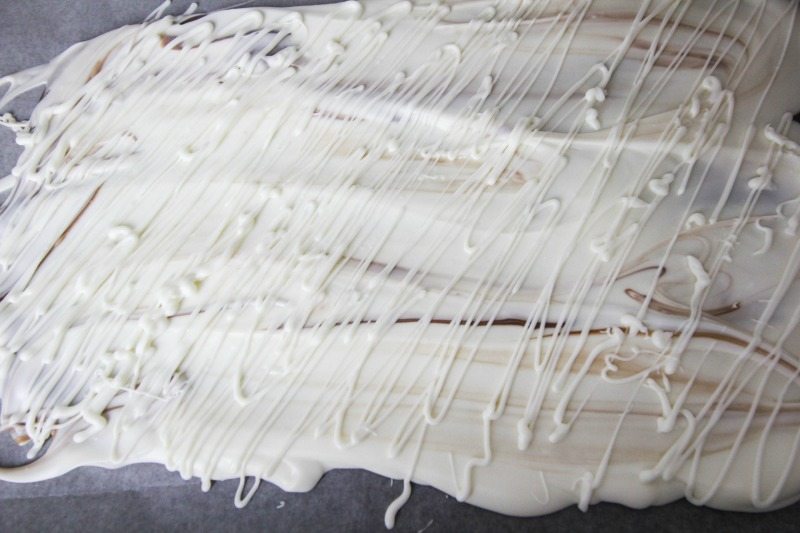 This is where you need to work quickly! Grab your candy eyeballs and place them all over the bark in sets of two. 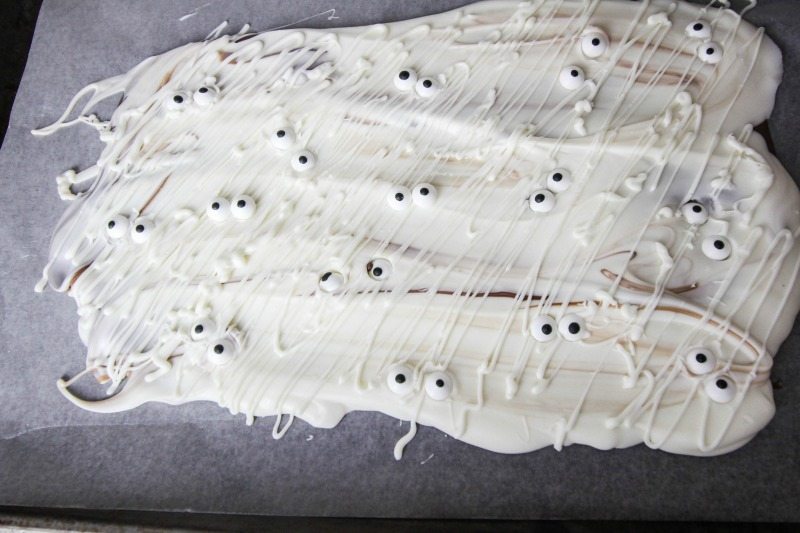 Because we were taking photos and also shooting video for Kennedy’s youtube channel, we were just a bit too slow here so we found it was a little tough to stick the eyeballs into the chocolate. It’s definitely better to do it right away! If you find you can’t get the eyeballs to stick, use a little of the chocolate from you squeeze bottle as glue!

Put the baking sheet with the bark on it in the fridge for about 5-10 minutes and your bark should be fully set. Break it up into little pieces, trying to get a set of eyeballs on each piece! 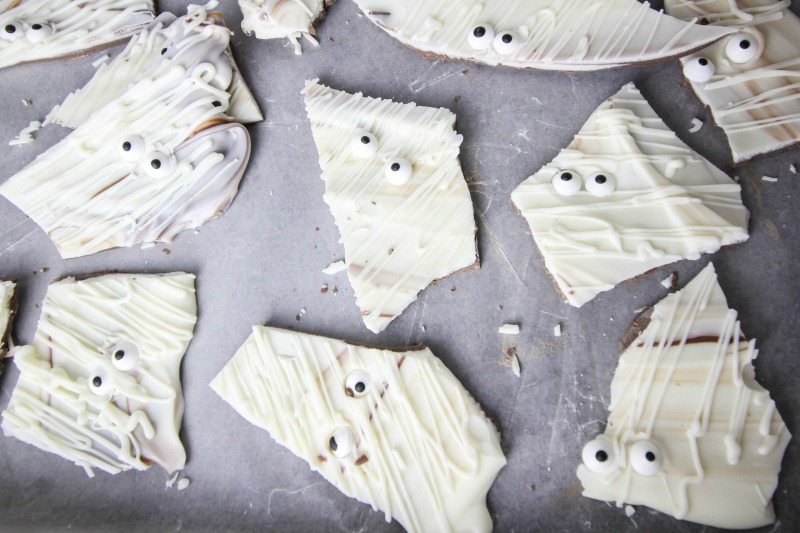 That’s it! Share this with anyone you know who could use a good laugh. This one is definitely a lot of fun to share at Halloween!

Here’s the printable version of the recipe if you’d like it! 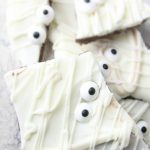 Print
Mummy Bark
Prep Time
10 mins
Mummy bark is such a fun and easy little treat to make during the Halloween season. Kids love it and it only requires a few ingredients!
Course: Dessert
Cuisine: American
Author: Courtenay
Ingredients
Instructions 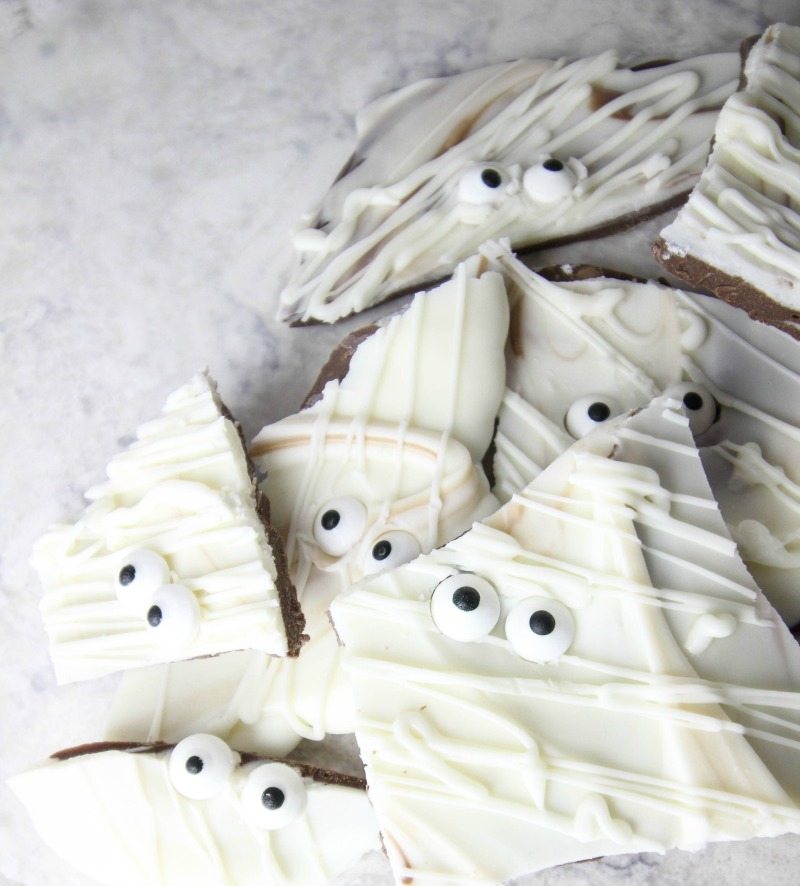 Make sure to pin this idea so you can make it later!