I’ve been on the lookout for something to help me organize my giant basket of magazines and catalogues that seems to be overflowing more and more these days. Everything I’ve found is either ugly and not at all something I want in my living room or too expensive for any real person to be able to afford as many as I’ll be needing.

So I made my own! And I like them waaay more than anything I’ve seen in the stores. 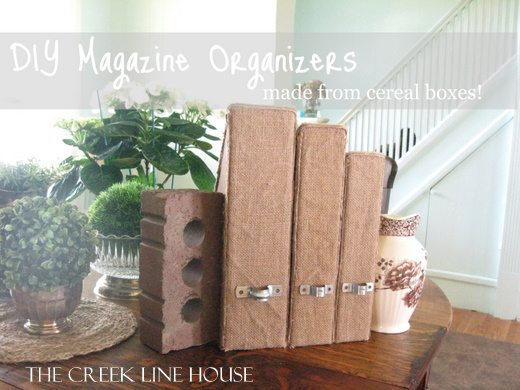 I used various different sizes of cereal boxes to get me started. I think it gives them kind of a custom look. 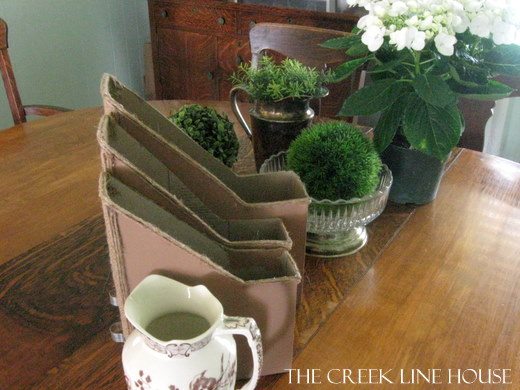 The insides aren’t pretty, but who cares, right? I painted the sides in a light brown and then used a glue stick to attach some burlap to the fronts. 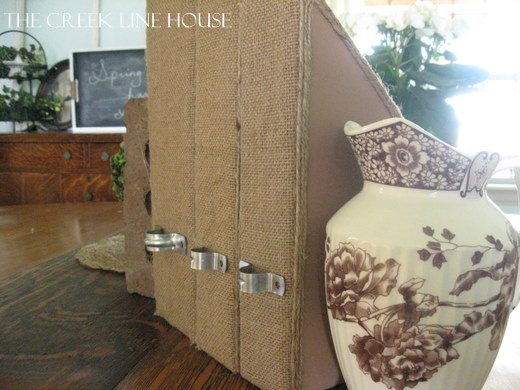 I trimmed all the edges in some twine. The only thing that cost me any money were the little metal “handle” things. I splurged and bought two different packs of ten in two different sizes. So that was about $3. I found them in the “conduit” section of the hardware store.

I was asked three different times if I needed help and on two of those times, I was definitely addressed as “young lady”. I kind of felt like I was in trouble for being in that section of the store. But I pushed forward and bought my conduit,um,.. thingies! 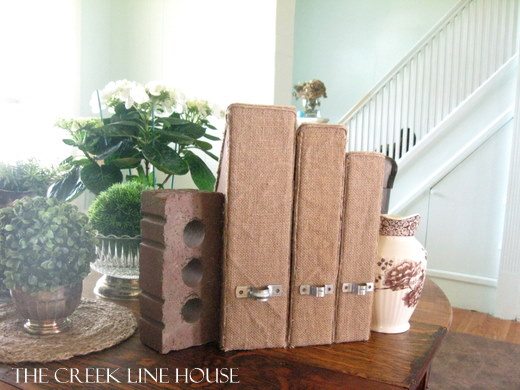 This is an idea I’ve seen floating around the internets once or twice, so it’s nothing original, but I really like the way mine turned out. 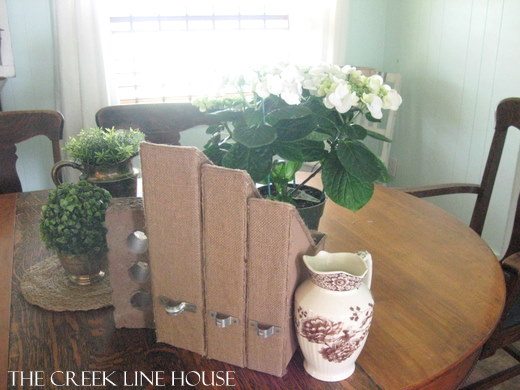 These are going to have a special new home very soon, and I’ll let you see as soon as I actually get that project done. You know how it is! 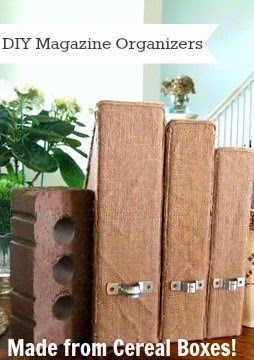