I’ve been making this creamy plant-based pasta over and over again this summer. Sometimes I switch the veggies up a little bit, but it never disappoints!

I think this is my favourite recipe right now. It’s based on something out of Ina Garten’s cookbook Barefoot Contessa at Home and I just can’t get enough of it. I recently figured out an easy little trick for plantifying recipes that call for heavy cream and this recipe uses that trick. This is one of those meals that makes me feel like I’m making something a little bit extra special for dinner, but it really isn’t very difficult to pull together at all. I just throw in a whole bunch of summer veggies, add a baguette to go with it, and we’re all set.

I always do kind of a “mise-en-place” kind of a technique for this, getting each ingredient ready beforehand, and then tackling the actual cooking, because the cooking part of things goes really quickly.

And now you’re ready! Put the water on to boil for the pasta and get ready to make the sauce. Follow along with the recipe below, or print it out and save it in your recipe binder for later. 🙂 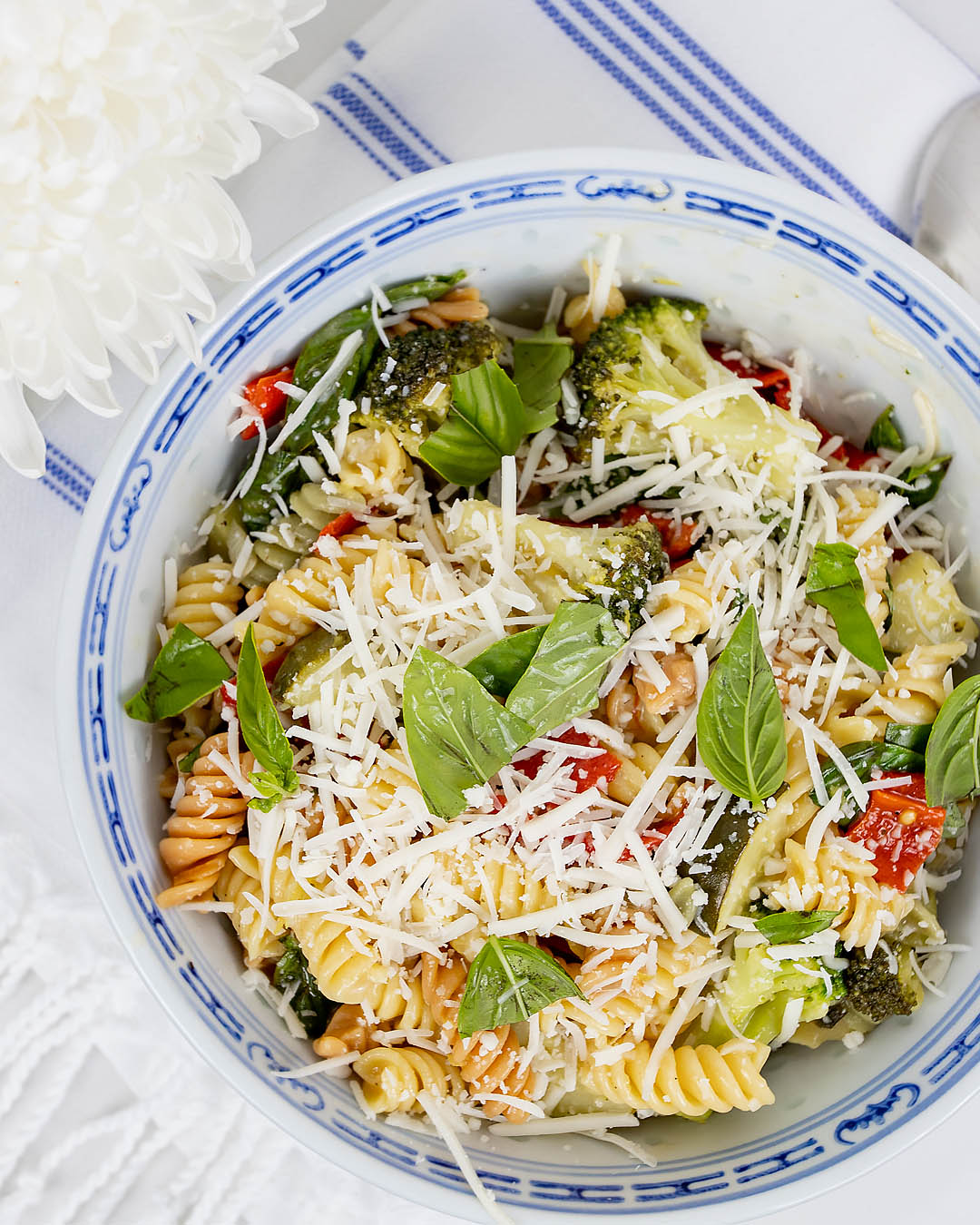 If I’m being honest, this isn’t the exact recipe that I’ve been making over and over again this summer. I actually make three different versions of it, depending on who’s eating. The original was with grape tomatoes in place of the red peppers and arugula in place of the basil. It was outstanding and probably my favourite. Chris doesn’t love fresh tomatoes though, so then I moved on to making the second version of this dish, which involved sun-dried tomatoes in place of fresh. Still delicious, and more accommodating to all of the taste buds in our house. 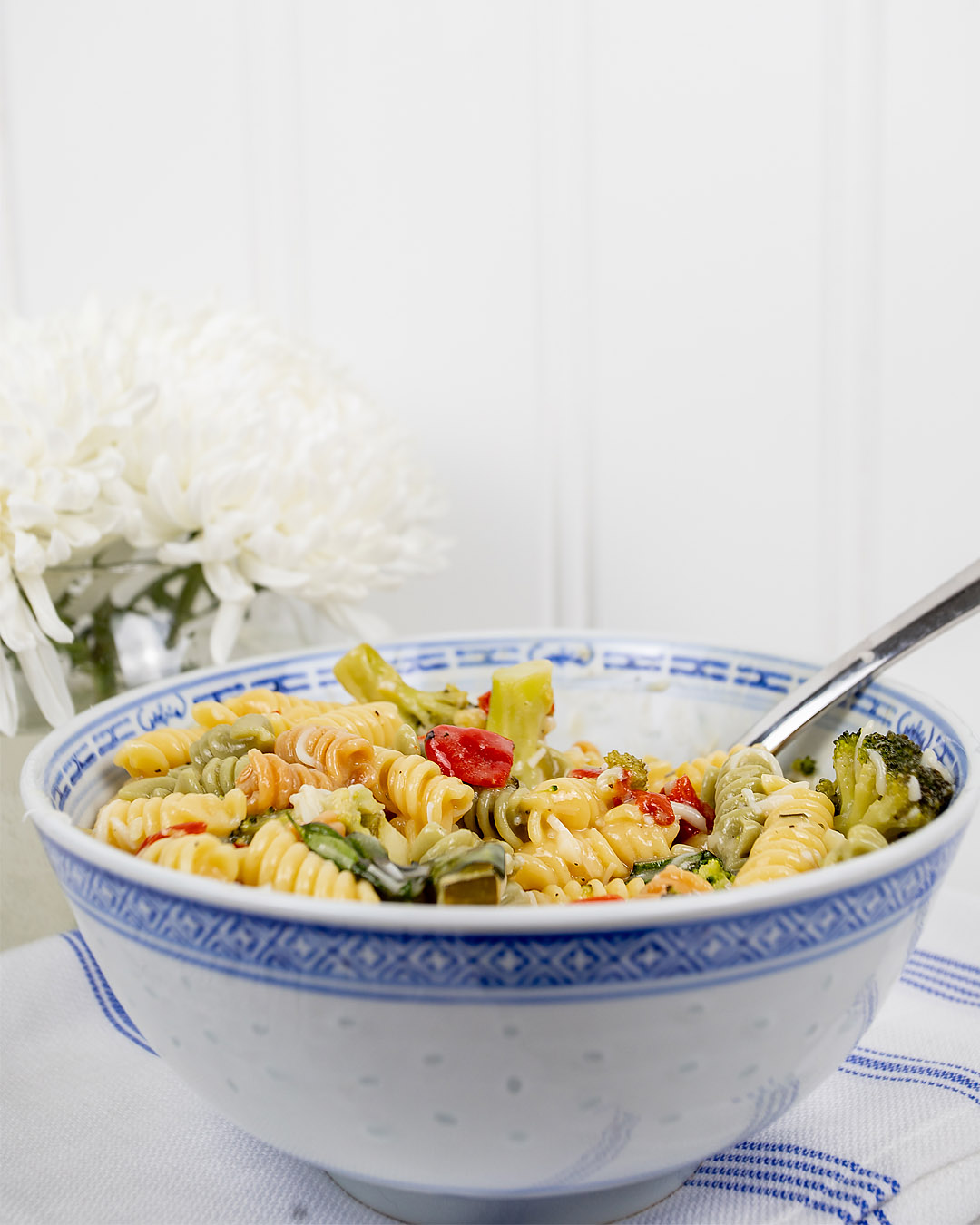 The version I’m showing you here today is the latest incarnation of this recipe and it came about because a)the garden is full of basil and it needs to be used up and b)roasted red peppers are always a good idea and I was feeling experimental. All three versions of this recipe are outstanding though and I bet you could even come up with a few other variations that would work just as well. Summer vegetables just all seem to go so well together, don’t they? 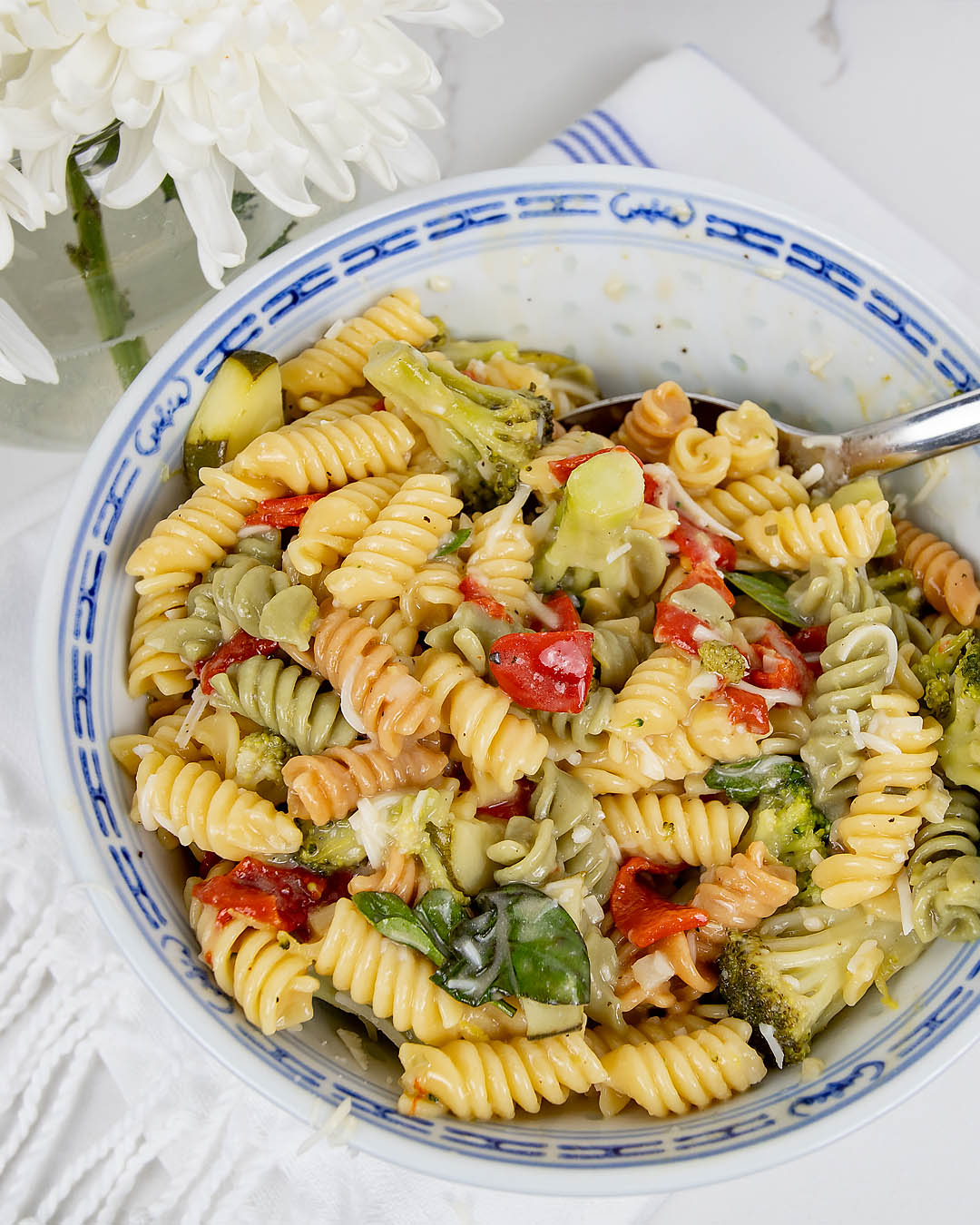 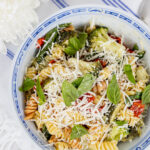 I've been making this creamy plant-based pasta over and over again this summer. Sometimes I switch the veggies up a little bit, but it never disappoints!