This is a fun way to add a seasonal spin to all your fall breakfasts! Here’s how to make my homemade apple cinnamon pancake syrup.

I am just so excited about this recipe. We love to celebrate fall around here and this such an easy way to make fall breakfasts (or breakfast for dinner) just a little more special. My homemade pancake syrup recipe is always so popular, so I thought I’d better share this one too. Who doesn’t run out of pancake syrup at just the wrong time every now and then? This is the perfect addition to your pancake or waffle breakfast the morning of your trip to the apple orchard, or for your special Thanksgiving breakfast. I served it when we had breakfast for dinner on the first day of school. which I thought was also quite appropriate. 🙂 Truthfully, there really isn’t a wrong time for this apple cinnamon pancake syrup. Here’s how to make it! 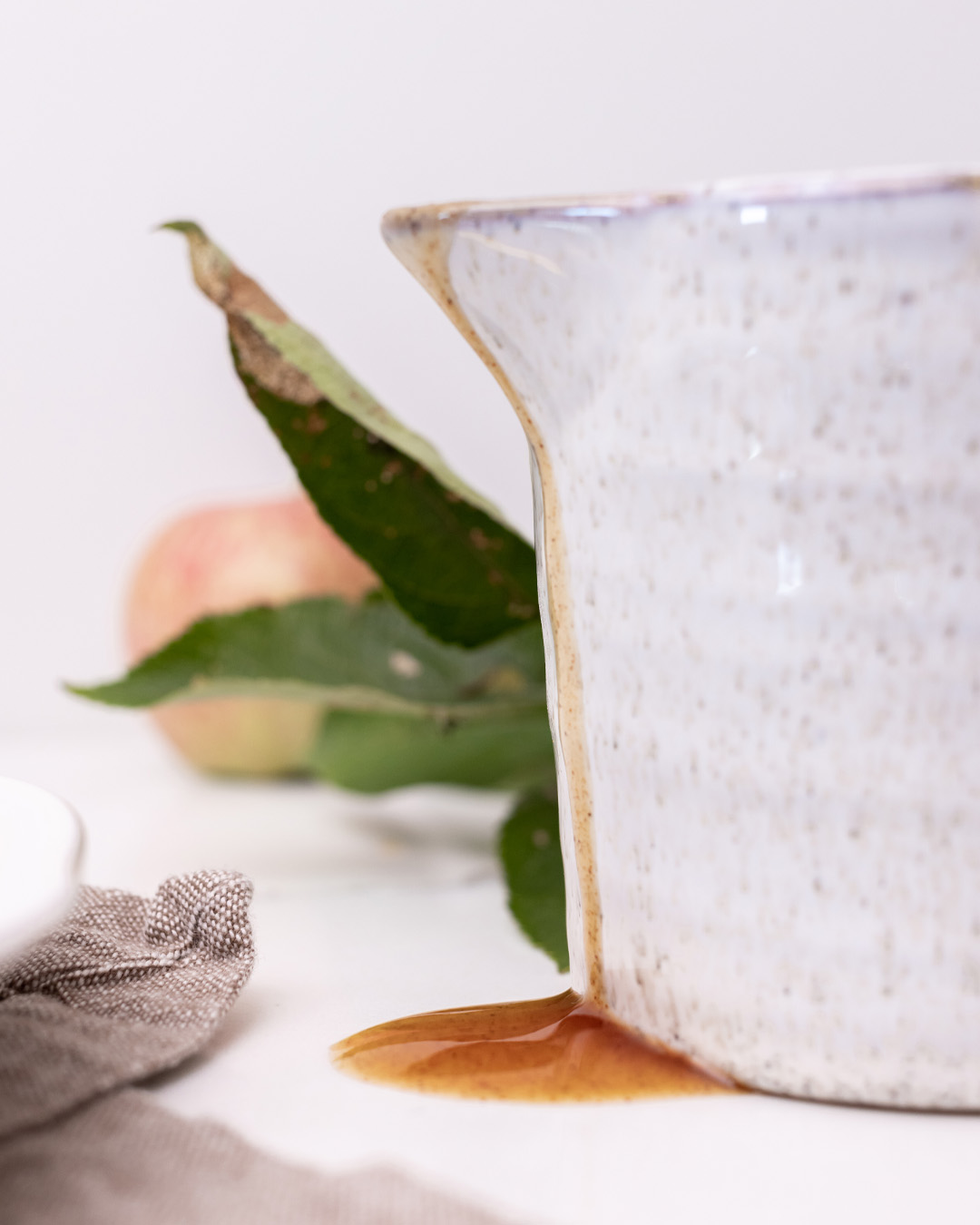 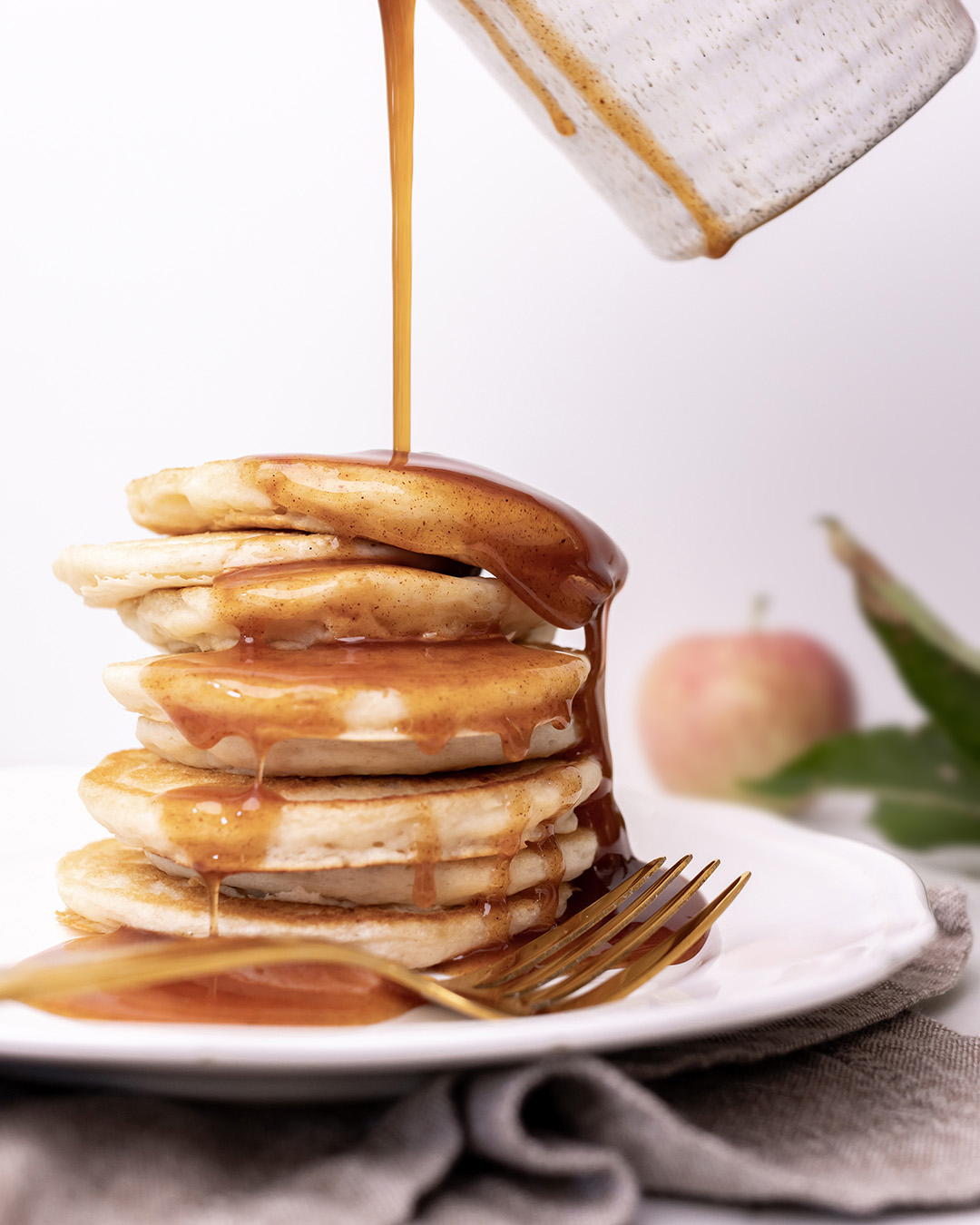 See? I told you there was a shortcut. 🙂 If you keep frozen apple juice concentrate in the freezer, you can whip this up in just a few minutes any time you need it. 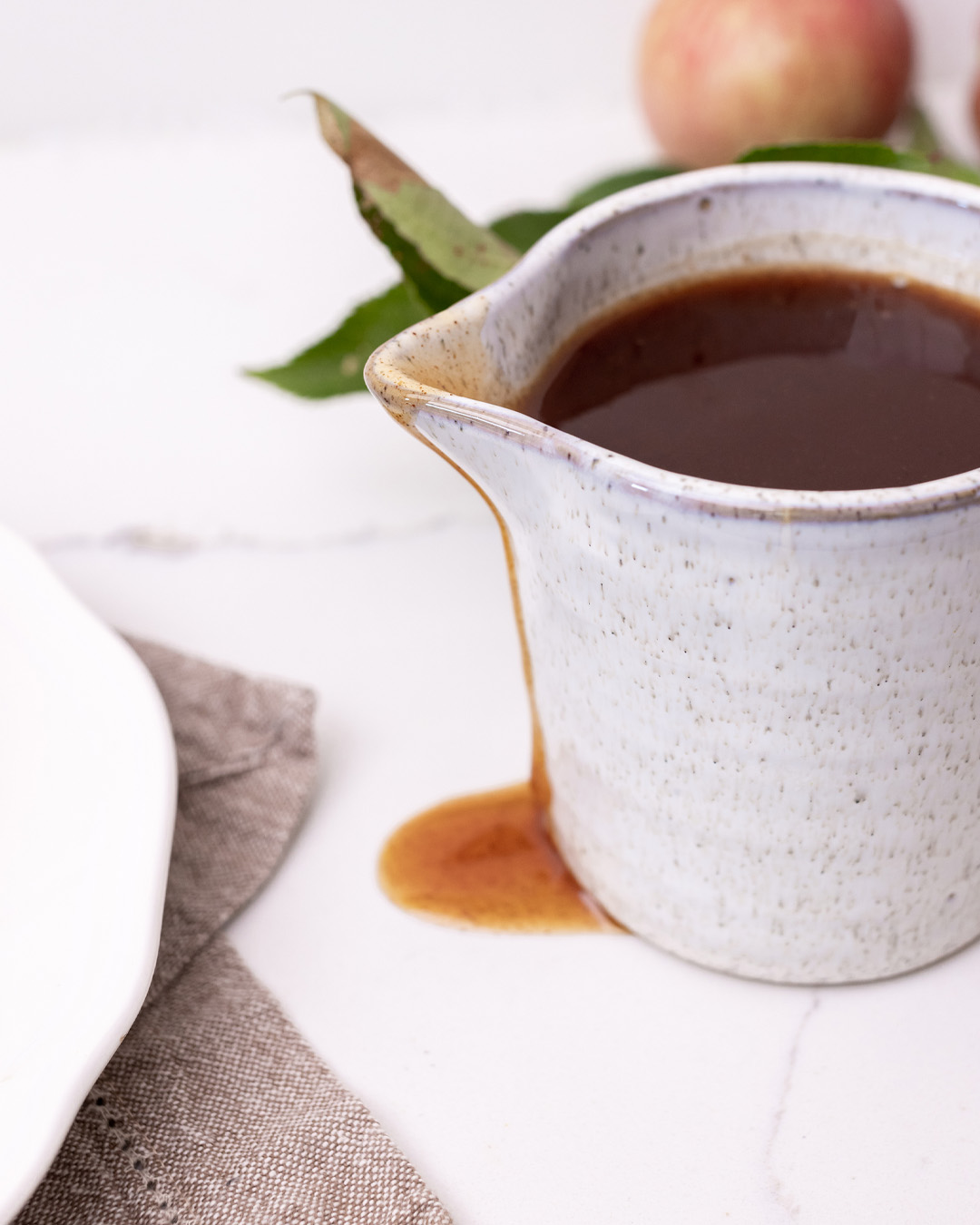 How to Make the Homemade Apple Cinnamon Pancake Syrup

The only equipment you’ll need is a small pot, a wooden spoon, a measuring cup, and a set of measuring spoons.

Basically, you’ll just heat everything up to a boil and wait for the syrup to thicken, which only takes a minutes or two. Since you’re starting with apple juice concentrate, there’s no need to cook everything down to reduce the water content. Clever, right? 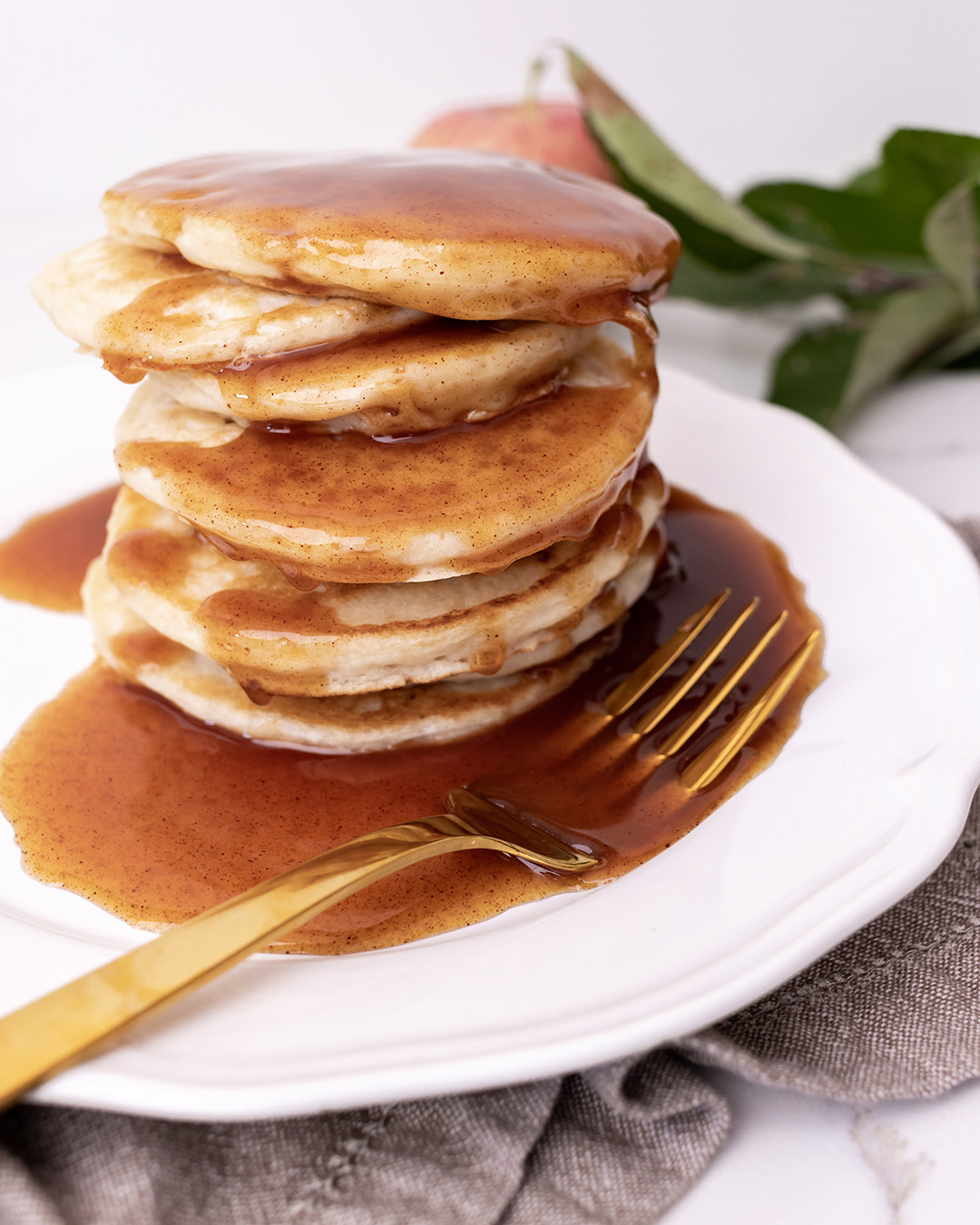 Serve this apple cinnamon pancake syrup on pancakes (here’s my go-to pancake recipe if you need a good one), but of course you can also serve it on waffles or French toast. You could even get creative and drizzle it over ice cream as an easy seasonal dessert. Actually, this recipe makes enough syrup that you could probably try all of these ideas. 🙂 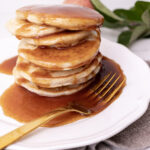 This is a fun way to add a seasonal spin to all your fall breakfasts! Here's how to make my homemade apple cinnamon pancake syrup.