I decided to get serious about whipping our front hall into shape a couple of weeks ago. I started off by pulling up the peel n stick tile off of the old hardwood. After that, we had a bit of momentum and just went for it. If you’ve been following along on Facebook, you’ve had a bit of a sneak peak into what’s been going on. So here’s the scene around here lately. 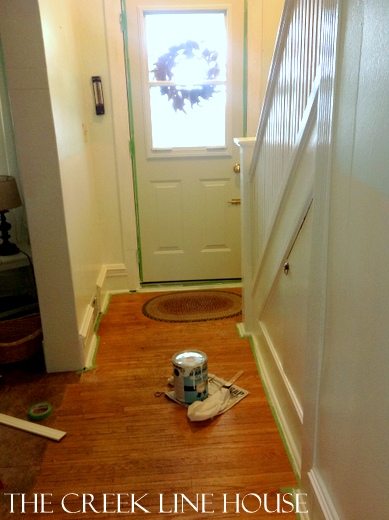 This is how it looked as of Friday, and we’ve made absolutely zero progress since then. Literally, all that junk on the floor is still in the exact same spot.  The weather this weekend was beautiful so that caused us to work on the garden the whole time and completely ignore anything inside the house. I’m not complaining! 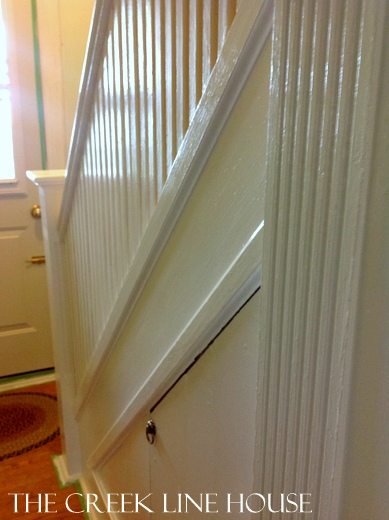 I thought I’d show you around some of the details before we got too far along in this project. I may get too distracted by some pretty decorations and just forget to tell you about all the hard work we (OK, mostly Chris) have been putting in on the trim in here. 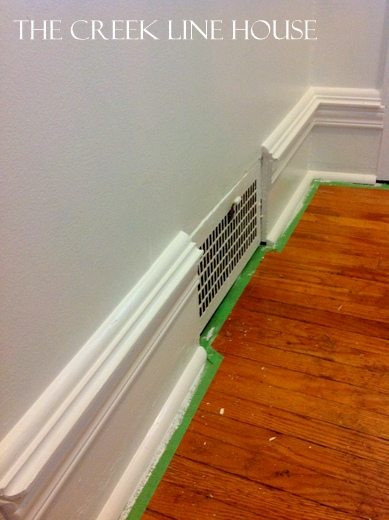 Previously there were just plain boards as baseboards in here so we added a few different pieces of molding to beef them up a little bit. Snazzy! 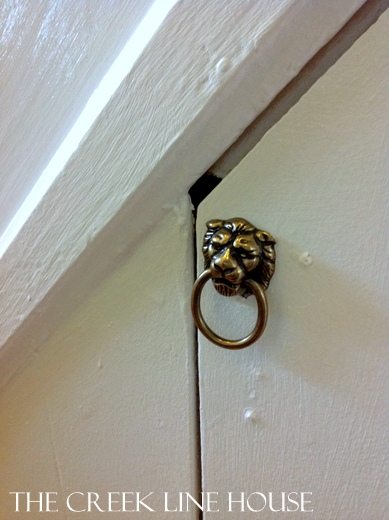 This is Leo. He’s there cause he was $2.79 at Home Depot. I can change him out if I find a better knob for this cupboard under the stairs, but now that I’ve named him, you know that’s probably not happening.  So this is Leo! 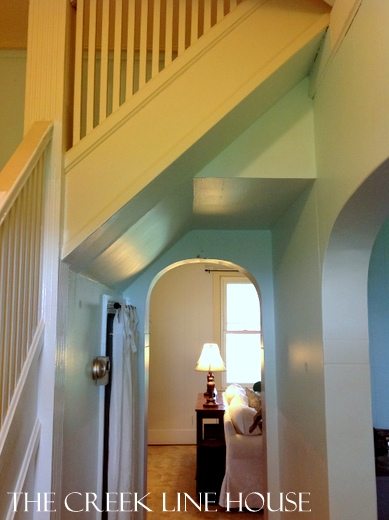 It’s hard to tell in this photo but I brought the white paint up the wall a bit. OK, it’s exactly 42 inches. Several sources suggested you bring wainscoting up the wall 32-36 inches, but ours will go up 42, cause I just think it looks better.

You can see I have a lot of work to do with the white paint still. It’s supposed to rain all day tomorrow, so that should make for a good painting day. Those railings take forever! 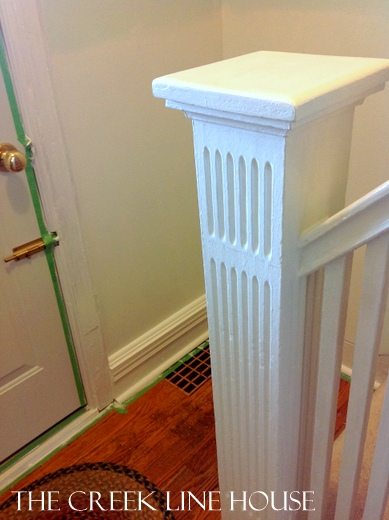 This pillar was already here, but I love it, so it’s going to stay just the same. It’s pretty small in this hall so there isn’t much room for a table or bench. This pillar gives me somewhere to put some flowers or whatever I think is seasonally necessary, decorating-wise.

That’s what we’ve got so far! Up next, more white paint, installing the wainscotting, and then choosing some sort of contrasting color for the top half of the walls.