We’ve moved and transplanted a few different peonies over the years and you’ll be happy to know that it can be easily done. Even though peonies might look beautiful and delicate, they’re great, strong plants!  Here’s how to divide peonies.

We’ve been so lucky to have beautiful peonies growing in the gardens of the two houses that we’ve owned. We didn’t even have to plant them, they were just there waiting for us when we moved in! In this house, we had a huge clump of peonies growing right in the middle of the front lawn and that’s how today’s post on how to divide peonies came to be. I don’t know when these peonies were originally planted, but judging by the size of it, I’d have to guess the plant was at least 750 years old. Ha! Well, Chris didn’t love having to cut the grass around it and since we have a lot of garden space around our house that needs to be filled up, we decided to dig the whole peony bush up and divide it. We ended up with basically enough plants to go around our entire house. I’m not complaining. 🙂

How to Divide Peonies: What to Know Before You Begin

We divided the peony plants in our old house as well, and while we’ve never had a single divided peony plant die on us, it’s important to note that your peonies probably won’t bloom the year that you divide them. Peonies are more than happy to be divided and many gardeners say that you probably should divide them every few years for maximum plant health, but they also bloom most prolifically when they’ve been able to get settled in a new spot for a little while. So if you need blooms this spring, wait until later to divide them!

How to Divide Peonies: When’s the Right Time?

Like most other perennials, you can divide peonies later in the fall, or earlier in the spring. We’ve always done it in the spring with great results. We like to divide peonies right when the bright red shoots come up out of the ground, when they’re about 6-8″ tall or so. I find this is the best way to divide more evenly and you can really tell how big of a clump you’re getting. If you want a little bit of a bigger plant for a particular location, just cut off a section with more shoots coming out of it!

I find that if you’re trying to divide a completely dormant plant, it can be hard to tell how big of a section you’re actually getting because you can’t see what actually grows from that section currently.

How to Divide Peonies: Cutting Them in to Smaller Pieces

When you’re dividing your peonies, you want to dig down quite deep so you can keep as much of the root structure together as possible, but that’s about where the rules end. Depending on how big your original plant is, you may want to dig the whole thing up and then use a sharp shovel to cut it into smaller plant chunks, or you may want to dig it up one smaller section at a time, putting aside each section until you’ve removed the whole plant.

Honestly, we’ve done both and both ways work. As long as your shovel is sharp and you’re able to cut through the plant relatively cleanly, your peonies will be just fine!

How to Divide Peonies: Replanting

When it comes time to replant your peonies, choose a sunny spot with well-drained soil. Just to experiment, since we had so many, we planted some of our divided peonies in a really warm, sunny spot in the backyard garden, and then we planted a few in the front of the house that gets a lot less sun. The plants in the sunny backyard have been consistently about three weeks ahead of the ones in the front of the house and even get produce more flower buds. The ones in the shadier front yard still do well, but there’s a notable difference.

Dig your hole about twice as wide and deep as your clump of peonies and add a little compost or just some rich topsoil to the hole before putting your plant in and filling in the hole.

I find that once peonies are well established, they don’t actually need a ton of daily watering, but newly divided and transplanted peonies definitely do for the whole first year. They have an immediate reaction to hot, dry days, but luckily they perk right back up when you give them a good drink. 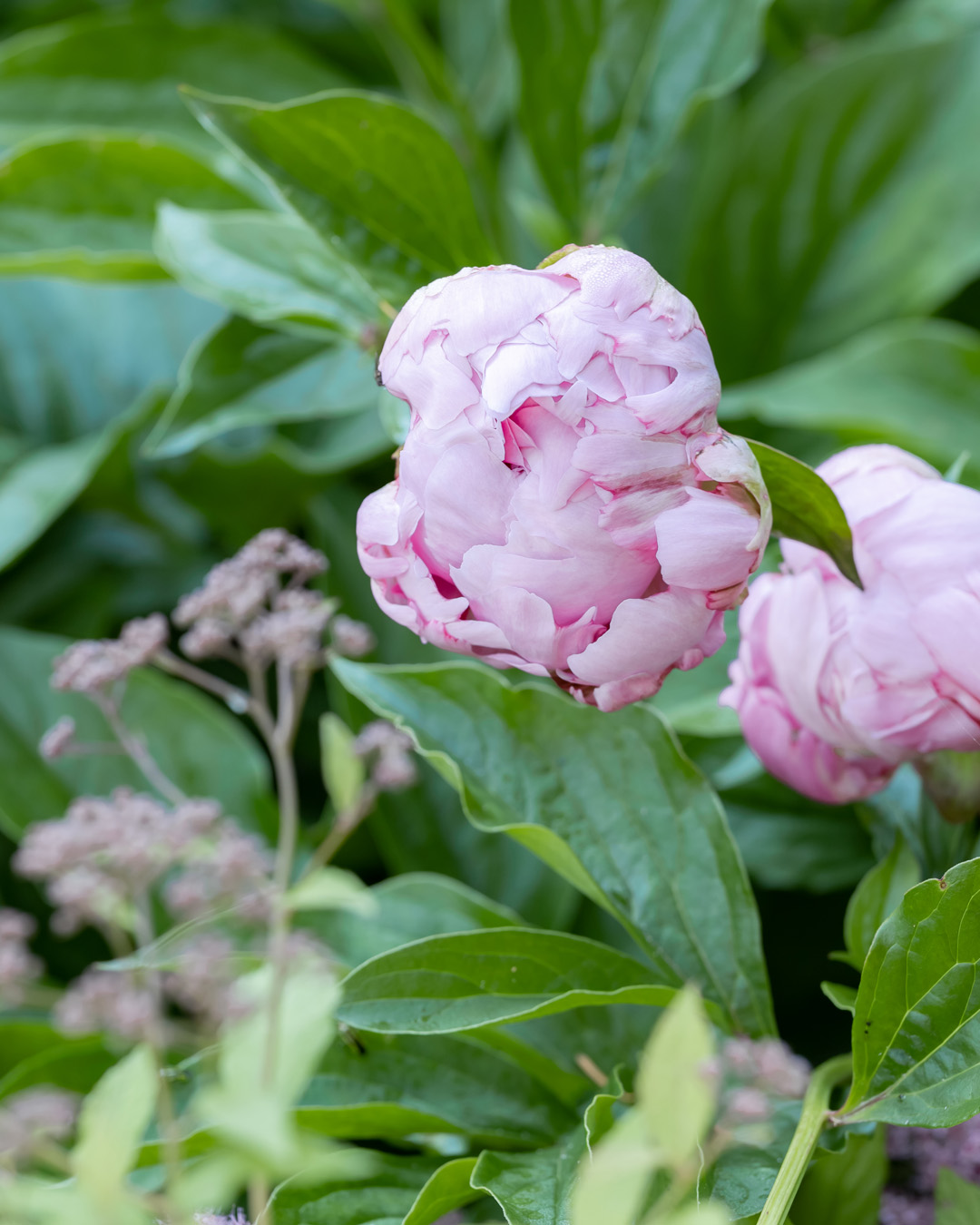 It’s so exciting to have all of these peonies all around our house this year. I’m actually already plotting to dig them up and divide them again in a few years because I can definitely think of a few more areas where peonies would look great!

When it comes to reblooming, peonies definitely follow the rule of “first year sleep, second year creep, third year leap.” While your plants will probably survive nicely if you keep them watered that first year, they probably won’t bloom. Truthfully, they probably won’t bloom in their second year in that location either while they’re in the “creep” phase, but their roots will be spreading and you might notice quite a bit more foliage. In the third year you’ll really start to see some nice blooms forming and each year after that you should start to see more and more. These plants just really love to stay put and get familiar with a particular location. 🙂 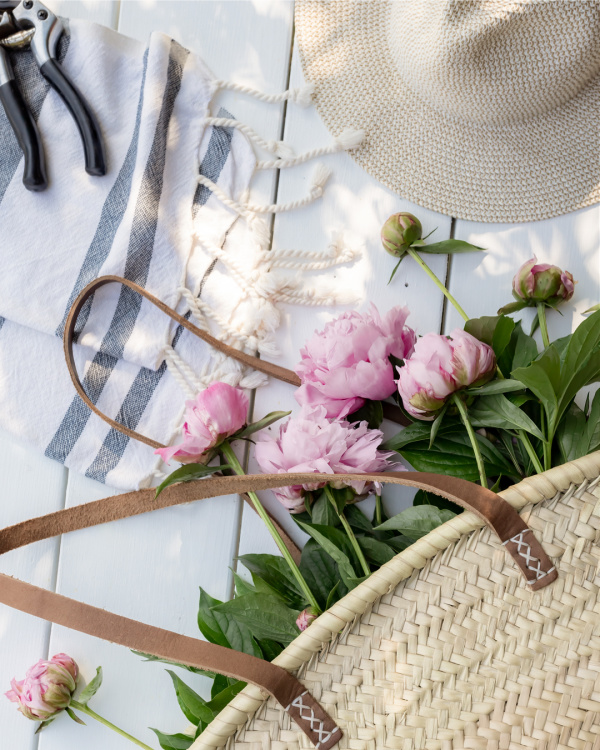 Do you grow peonies in your garden? Have you ever tried dividing them to create more?