Yup. Another Halloween post comin’ at ya! Are you ready for it? 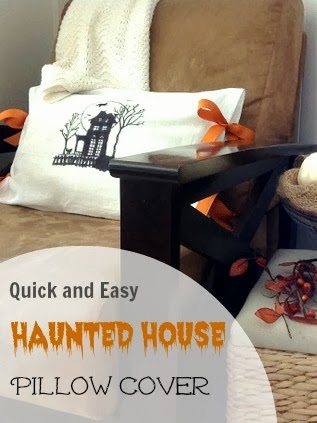 I don’t know why I felt like I needed a Halloween themed pillow this year, but I was craving one. I guess this is my new go-to quick-fix easy-peasy solution for those times when you just gotta have an oddly themed silhouette pillow and you gotta have it now.

Is this normal? Why don’t I just crave ice cream or chocolate or something? 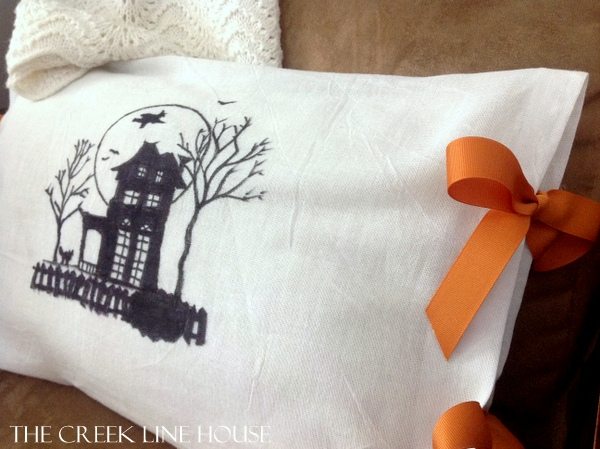 I used basically the same technique as I used on Kennedy’s Horsey Pillow from a few months ago. 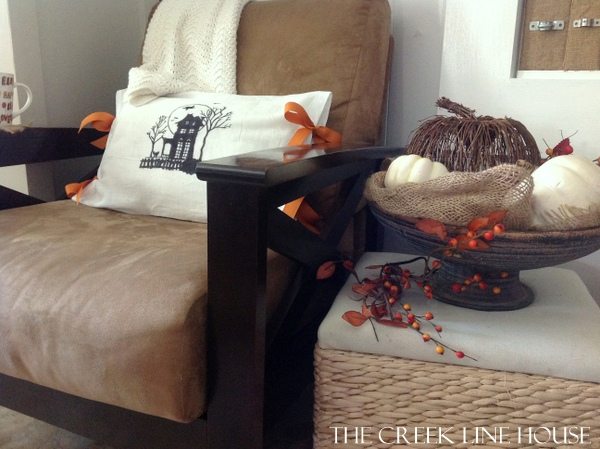 Since I chose a little bit of a more complicated silhouette this time, I printed it out onto wax paper and then pressed that (still wet) onto the fabric, rather than attempting to trace it and ruining all my hard(ish) work that I did making the cover.

The color was a bit light, so I still had to go over it with a Sharpie. I didn’t screw it up too bad though. 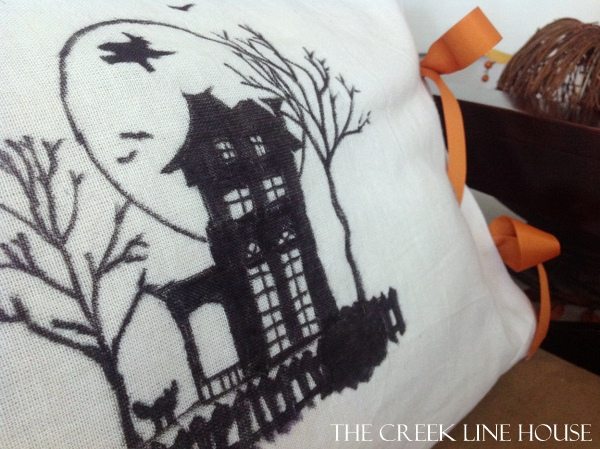 So I got my Halloween pillow! It’s possible that I may be considering putting a turkey on the other side too.

If Halloween gets its own themed pillow, we don’t want Thanksgiving feeling left out, now do we?