Last week we decided to throw together a little “party” for Kennedy and a couple of her friends. It was a good way to keep them occupied and happy for an afternoon, and since her friends agree that Halloween is the most exciting thing ever and it’s totally appropriate to do Halloween crafts 2 and a half month early. That’s exactly what we did. 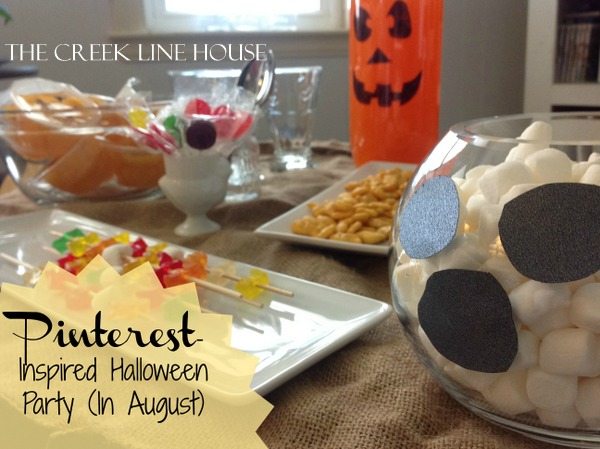 Straight to Pinterest I went! Suddenly I looked like the funnest mom ever. Ha! Got them fooled! 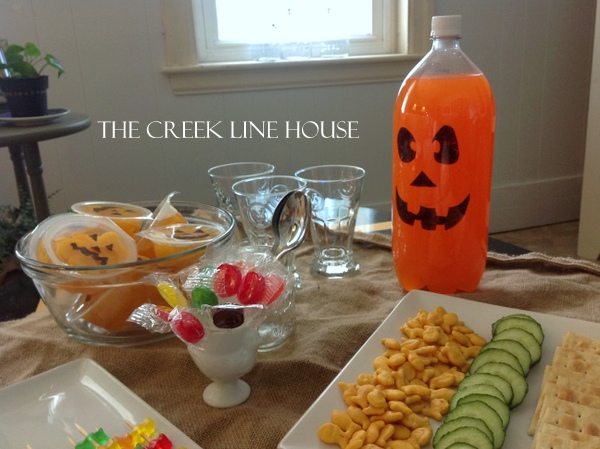 Do you recognize which ideas are the popular Pinterest ideas?

Right. All the good ones. 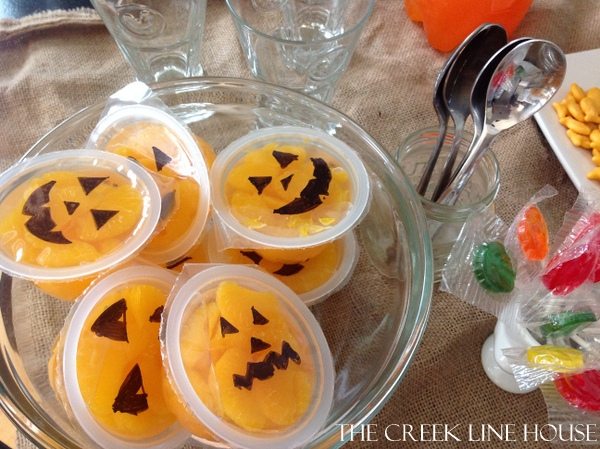 The soda bottle Jack O Lantern is originally from here.

The cute marshmallow ghost bowl is from here. 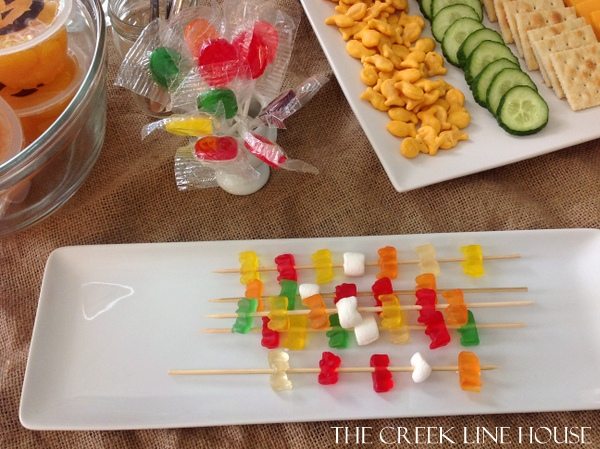 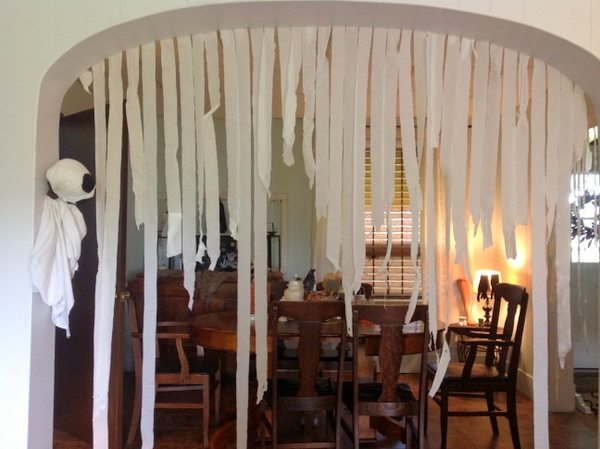 We decorated up the dining room to set the mood, but honestly it turned out pretty terrible other than this crepe paper in the arches. A good test run for the real deal. Now I know what not to do. 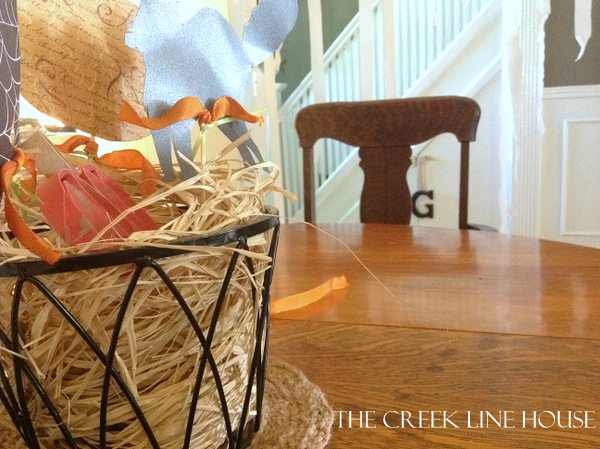 Of course the whole point of the afternoon was to do some Halloween crafts with the kids.

More Pinterest favorites were done of course. Maybe we’ll save that Halloween overload for another day, closer to the actual holiday.

I think three Halloween posts in a row in August are probably enough, don’t you?

P.S. If you don’t think three Halloween posts in a row in August are enough, you can check out my Halloween Pinterest board to hold you over!