I used to bake, like, all the time. Almost everyday. And I ended up eating almost all of it myself. Chris mostly goes for chips if he wants a snack and Kennedy decides she hates a different food almost every week. So I stopped baking so much and I’ve really missed it!

I was so thrilled earlier this Fall when Kennedy started begging me constantly to make some apple crisp for her. Apple crisp to the rescue again! It’s just one of those things that’s easy to throw together and has that comforting apple pie flavor that everyone seems to love. If you’re going to bake one thing this fall, really, it should be apple crisp. Have some for breakfast too if you like. I won’t tell.

Here’s my easy-peasy recipe, just in case you don’t have your own favorite yet! I like to keep is as simple as possible and keep the ingredients to a minimum, just to make sure that I make it all the time. The funny thing about this recipe is, the less ingredients I use and the more I pare the recipe down, the better it seems to taste! 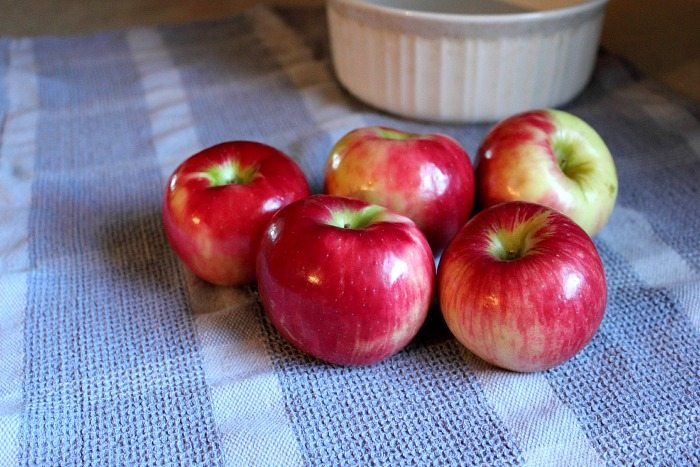 1) Peel, core, and chop enough apples to fill whatever container you’re using about 3/4 full. I used honeycrisp apples cause I’d heard that they’re supposed to be the most amazing apples ever. They kinda were, but then I’ve never met an apple that I didn’t love.

2) Put the apples in your baking dish of choice (mine was a medium round casserole dish) and sprinkle them with about 1/2 teaspoon each of sugar and cinnamon.Stir it all around to coat. 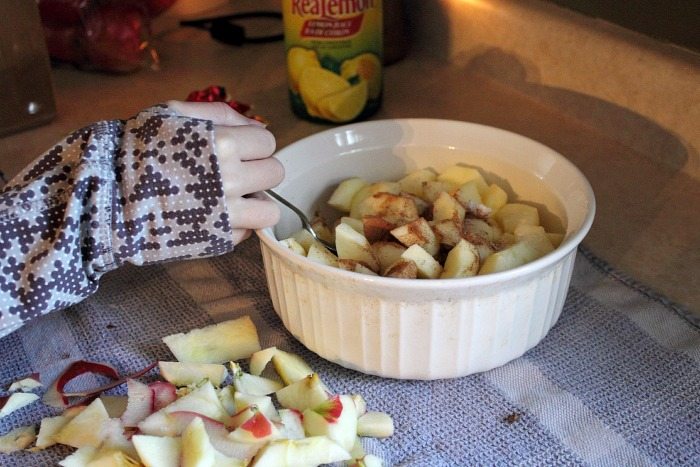 3)Next, make your topping! Melt about a stick of butter. I just do that in the microwave. In a medium-ish bowl, combine about a cup of oats, 3/4 cup of brown sugar and a tablespoon of cinnamon. If you feel like you need a little more topping, just sprinkle in some more oats, and add a bit more sugar, or not. Truthfully, if you combine these ingredients in any quantity and top them with butter, it’s going to taste amazing. So just do whatever looks good to you! You can’t go wrong!

4)Pour the melted butter over the dry topping ingredients and mix it until everything is butter-covered. Yum! 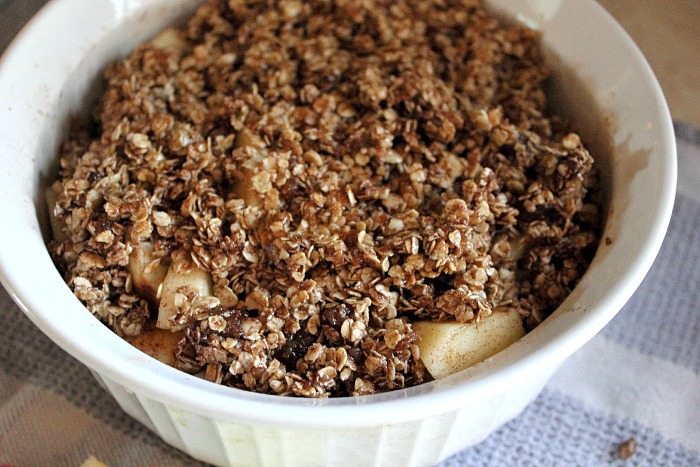 5)Sprinkle your  topping over the apples in your baking dish and pop it into a 350 degree oven for about an hour. 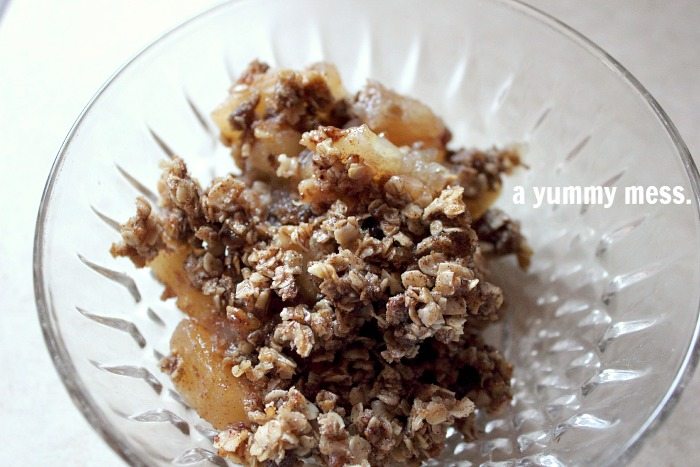 It looks like a bit of  mess once you spoon it out into your bowl, but it’s probably the most delicious mess ever! This apple crisp is great topped with caramel sauce or vanilla ice cream, but in this house we always do whipped cream, just because we take any excuse to use whipped cream that we can! 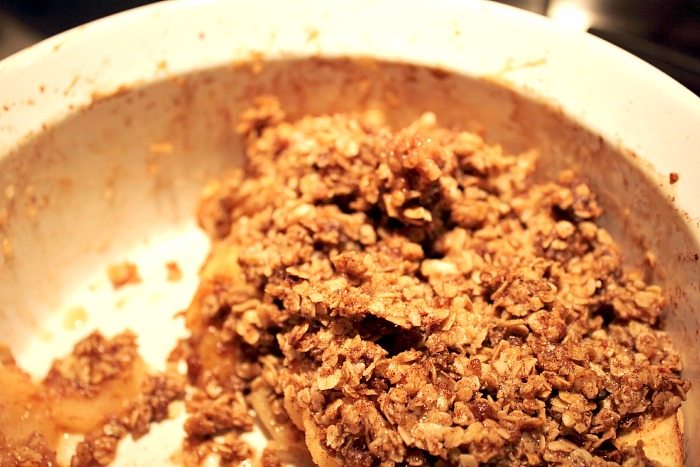 If you’ve never made apple crisp before, make sure you try this super simple recipe out! Let me know what you think!