Back in the Summer, I pinned a pin. It was a great pin. It was an exciting pin. It was a pin of a project that I just had to try out with Kennedy. Back a couple of weeks ago, when we actually still had snow, the time was finally right for…. 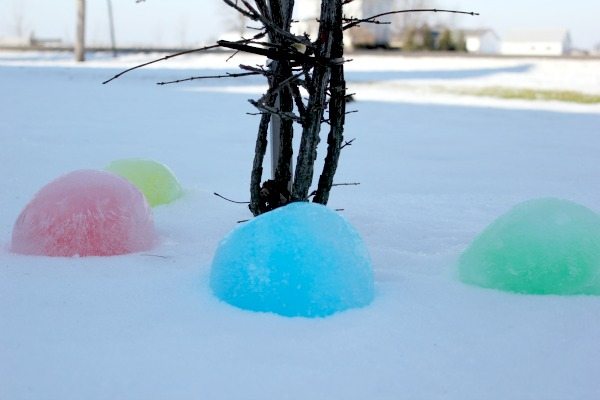 So, funny story. I always think I’m so smart, but it turns out I’m like, really really not.

This is the original picture I found on Pinterest, courtesy of the brilliant and talented We Lived Happily Ever After blog. 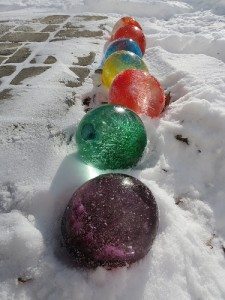 So pretty, right? The plan was that after all the Christmas decorations were down, we would place a bunch of these throughout the yard for some fun Winter color.

The instructions seemed easy enough: Put colored water in some balloons, leave them outside to freeze, and voila!

So away we went, mixing up our colored water. The time came to pour the water into the balloons and they just wouldn’t stretch out and fill up. Oh right. When you make water balloons, you need the pressure of the water coming right out of the tap to make them grow. But wait. My taps don’t have colored water coming out of them. How in the world did they do this???

So we made some clear ice marbles and I thought we’d just paint them afterwards and it would be fine. One thing was for sure: I was doing a post on this! I was going to explain how there was no way to actually make this project work! The fraud was exposed!

Later that night I was explaining all this to Chris after he got home from work. In front of his parents. I had an audience for this. And I was explaining how colored water doesn’t come out of taps and how it was impossible. And his dad and him just kind of looked at each other and laughed. And he kindly explained to me that I could just put a few drops of food coloring into the balloons first. 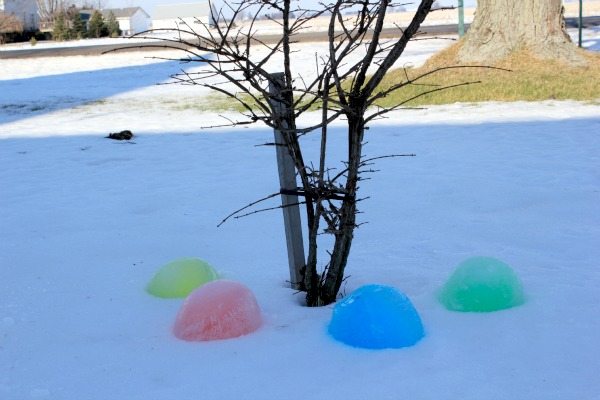 By the time we got this all figured out and the balloons outside and mostly frozen, the weather was starting to heat up. The only semi-cold temperatures probably had something to do with why our balloon marbles look so frosty and not all clear and shiny. 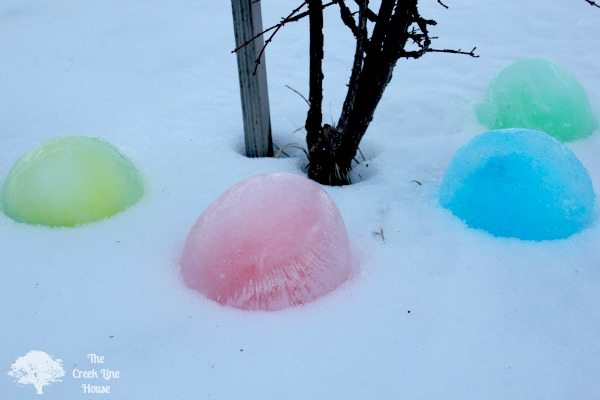 Well, they’re still kind of pretty, so it wasn’t a total failure.

And one year, if we still have snow at Easter, I know just what to do!