I’ve always loved ferns but I’ve killed them so quickly in the past until I learned about this special plant called a Rabbit’s Foot Fern. It’s definitely the easiest fern to grow!

I just had to share this little houseplant tip with you. I’ve always had a thing for the classic look of ferns, but I’ve always managed to kill them pretty quickly. Maybe one day I’ll get brave again and try them in a shady spot in a pair of my square planters because they would just be so amazing on our front porch in the summer, but I’ve never had success with them in the past. I’ve collected quite a few good quality faux ferns over the years, but I think the need for faux might be over with now because I’ve discovered a fern that I can actually keep alive! I’m convinced that this is the easiest fern to grow because I’ve kept it alive for six months now and I think I actually might need to transplant it soon!

The Easiest Fern to Grow

I actually found this fern, called a “Rabbit’s Foot Fern” in our local Home Depot garden centre last summer. I was there with Jack looking at plants and it caught his eye. He wanted to bring it home for his room. 🙂 I knew that I always kill ferns, but this one was particular beautiful, lush, and tough-looking so I thought it was worth a try. 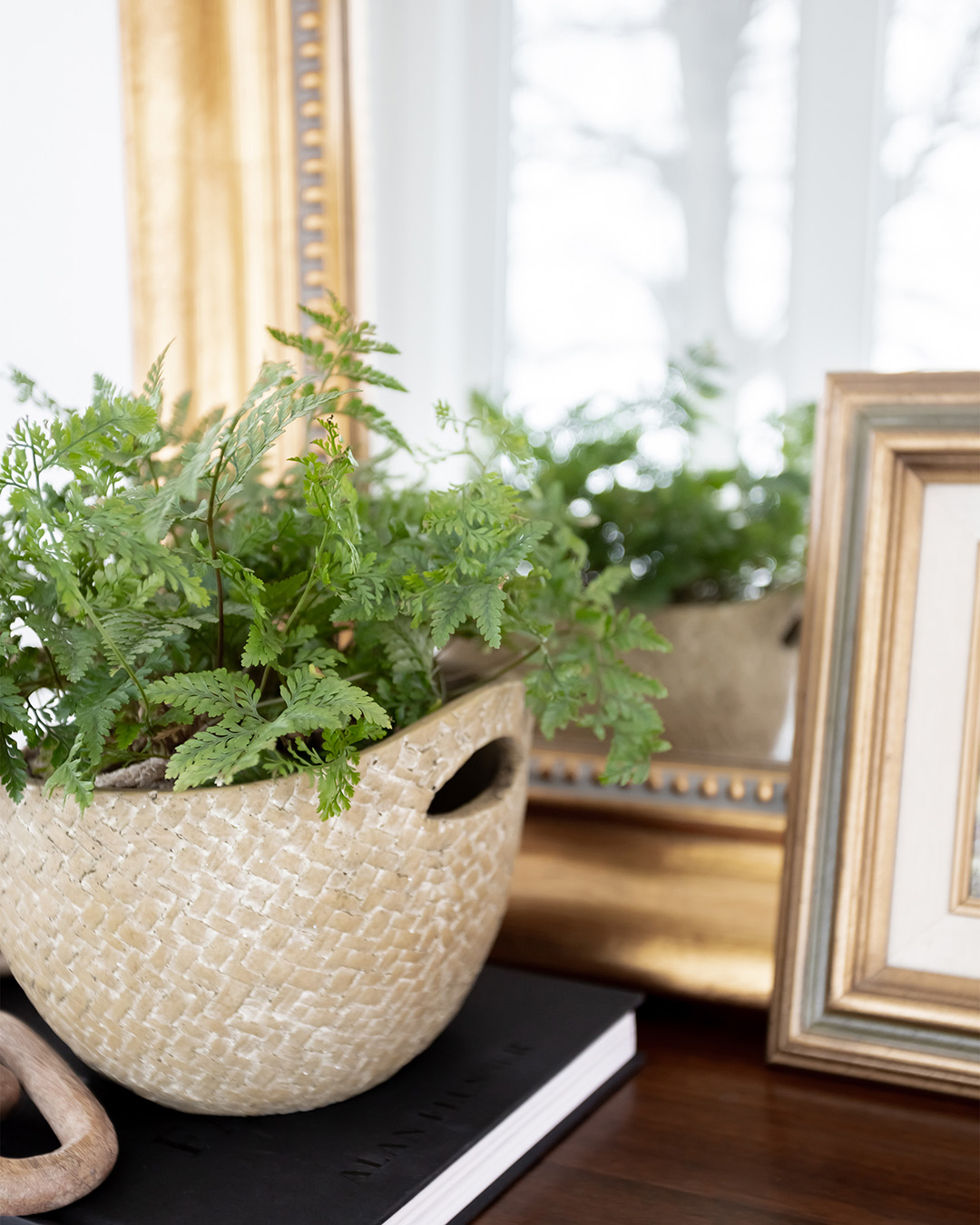 How to Spot a Rabbit’s Foot Fern

You might not notice a Rabbit’s Foot Fern’s most distinctive feature at first when you see one in a garden centre, so if the ferns aren’t labelled, it’s worth giving them a closer look. You’ll be able to tell it’s the right type of fern by the fuzzy little “feet” that are growing out around the base of the plant. Sometimes they’ll grow out over the pot, but they can stay tucked in pretty easily too. The fern itself is usually so lush that it hides the “feet” at least partially. 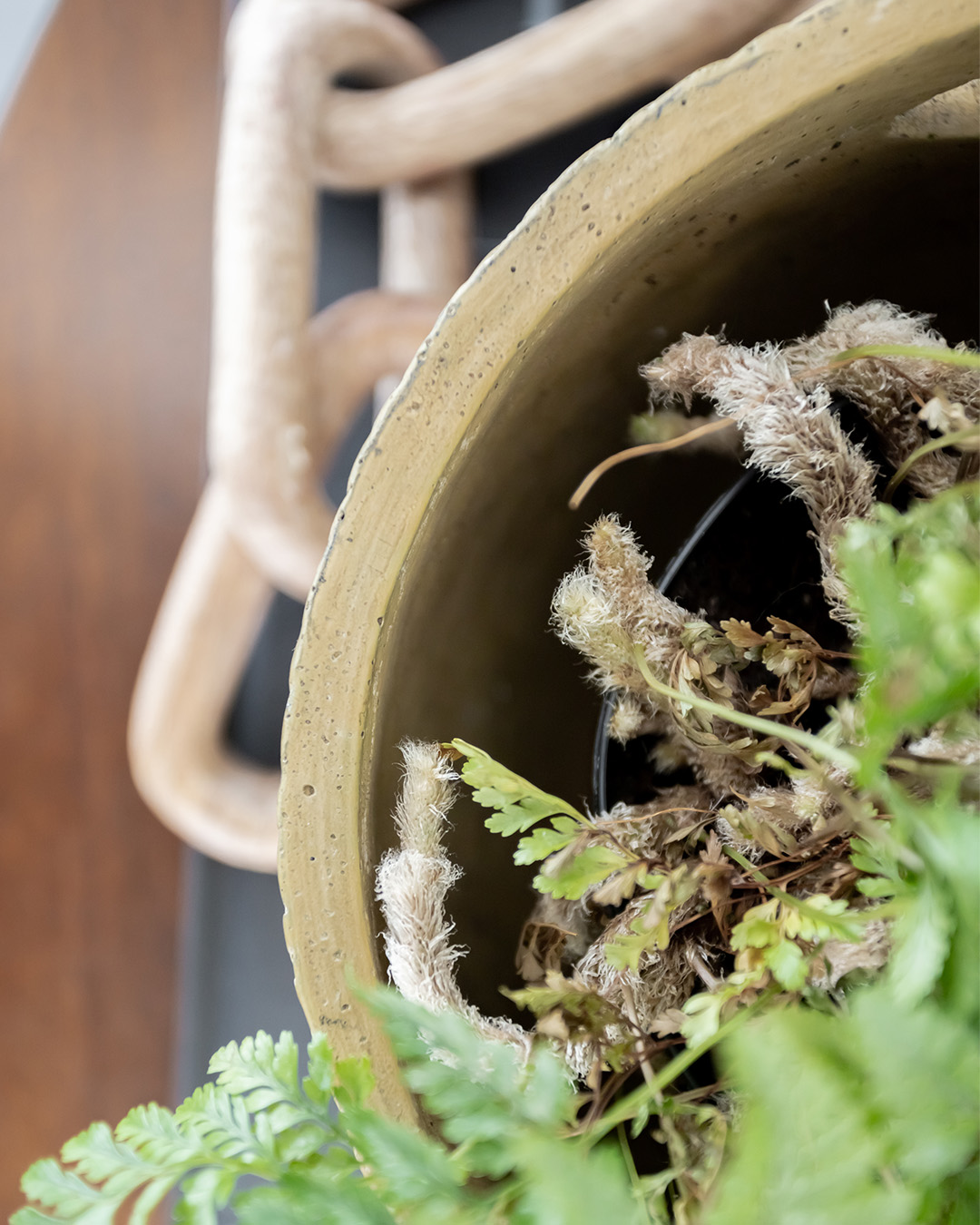 How to Care for a Rabbit’s Foot Fern

Rabbit’s Foot Ferns are actually super easy to take care of successfully, which is how I’ve managed to keep mine alive for so long. They like a temperature of about 70-75 degrees, so basically room temperature, and bright, indirect light which you can easily achieve by placing it next to any average window. I sometimes have mine next to our dining room window, which has a porch roof just outside it, but it also does just fine in this mudroom with its wall of bright windows. I like to move my plants around. 🙂 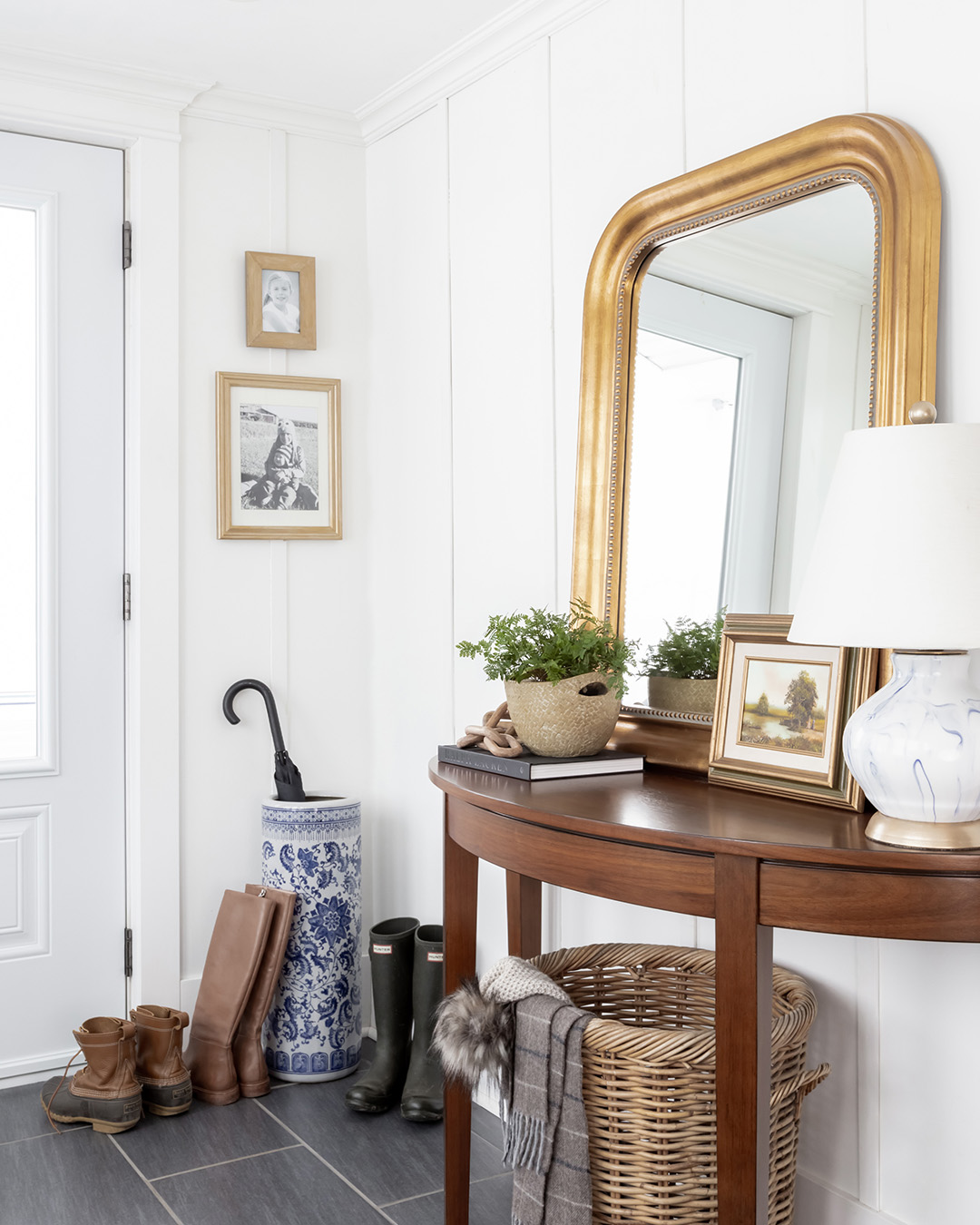 I water my rabbit’s foot fern about 1-2 times per week and give it a little misting every few weeks, or when I feel like it. 🙂 A rabbit’s foot fern will naturally shed older fronds over time, which just shrink down into the plant and turn crispy brown, and can be easily removed by just gently pulling them out as you see them. You can see a few of the dried, shrivelled fronds in one of those above photos.

If you’re not watering your plant often enough, the worst that will happen is that this process will speed up a little bit more and your plant might become a bit thinner, but the remaining green fronds will still be happy and fresh looking.

I love how frequently my Rabbit’s Foot Fern puts out new fronds, because isn’t watching a new leaf unfold the best part of owning houseplants? 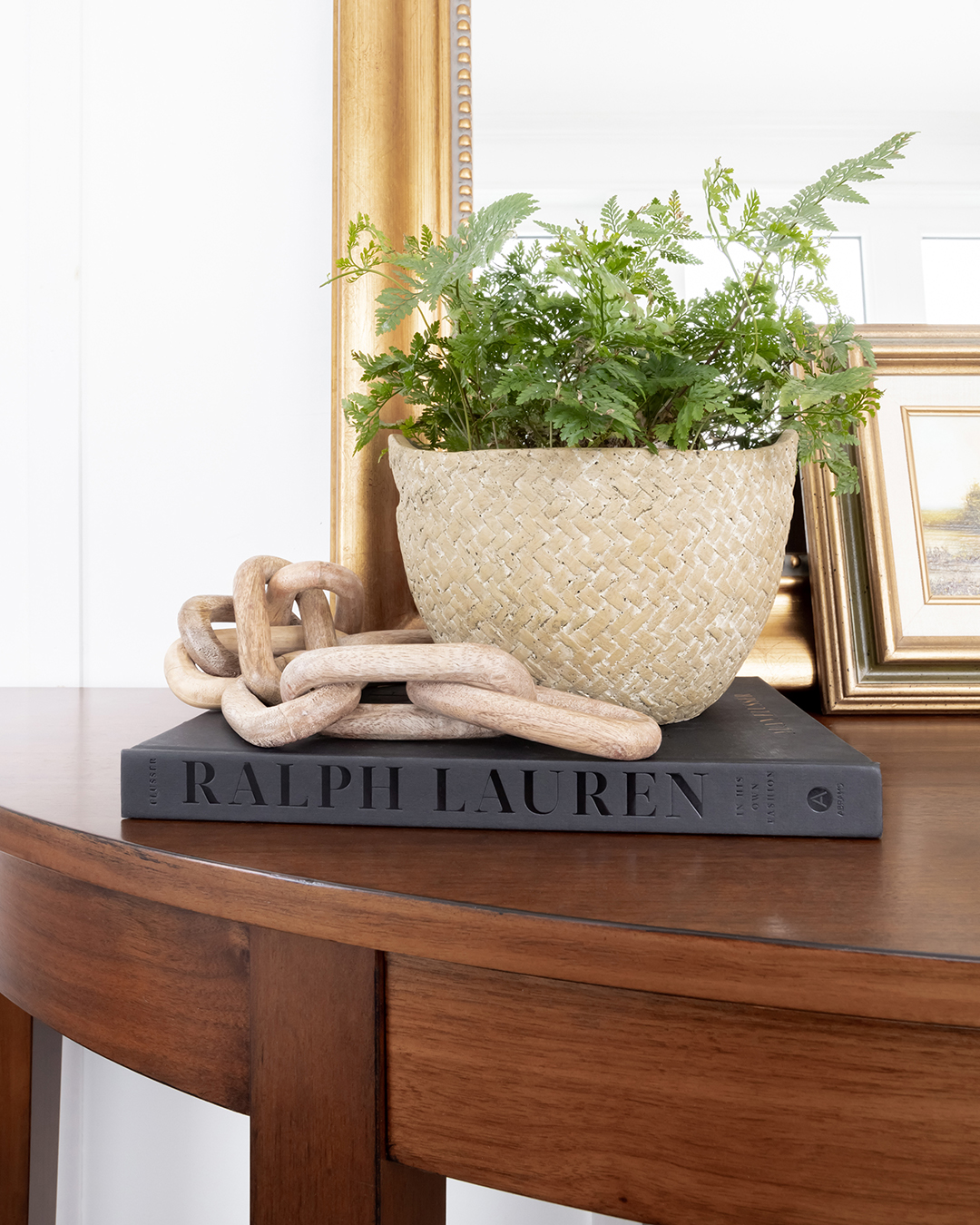 I’ve read that it’s recommended to feed your fern regularly, but honestly I’ve maybe fed mine once in the six months I’ve had it, and it’s just been super happy the whole time, so it’s definitely very forgiving with its feeding schedule as well. I am going to feed it though, now that I’m thinking of it. 🙂

Bottom line: If you see a Rabbit’s Foot Fern at your local garden centre, grab it, especially if you’ve been frustrated by dying ferns in the past.

Have you tried growing a rabbit’s foot fern before? Is there another type of fern that you’ve had really good luck with?