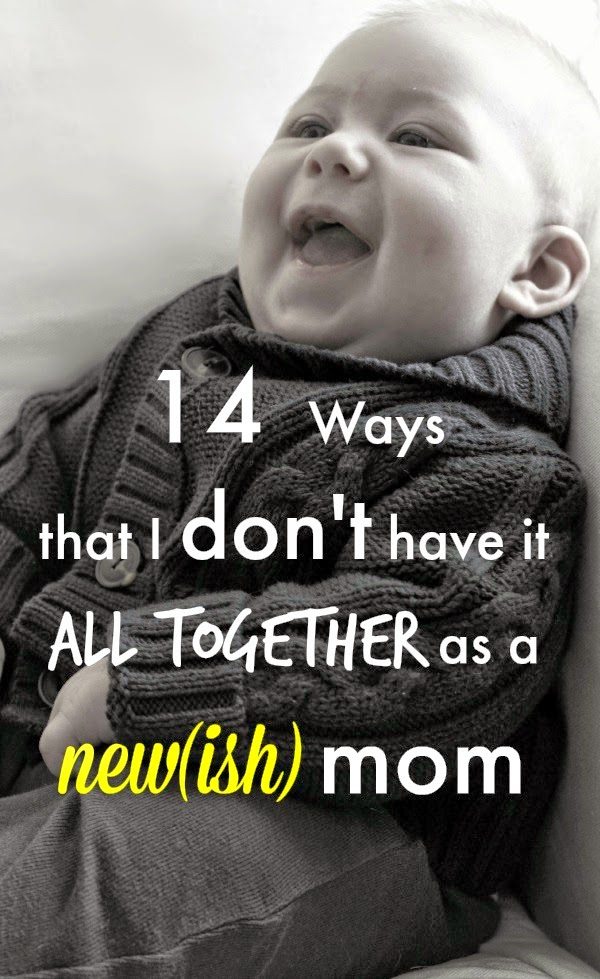 OK, I admit it. I make it look like I’m a pretty together person around here sometimes. Or most of the time. I only show the pretty pictures of my house, I share tips for the things that I know or that I learn to do really well. Part of that is just the nature of this type of blog. It’s part education and part inspiration and those kinds of pretty, useful posts just fit it. Sometimes though, it’s a good idea to “pull the curtain back” and share a little more realness, just to keep things in perspective. So let’s do that, shall we?

I got the inspiration for this post when my friend Erica, recently shared a post like this. It was encouraging and real and fun to read just like all of her posts are and I thought “Hey, I can do that! And I should!” 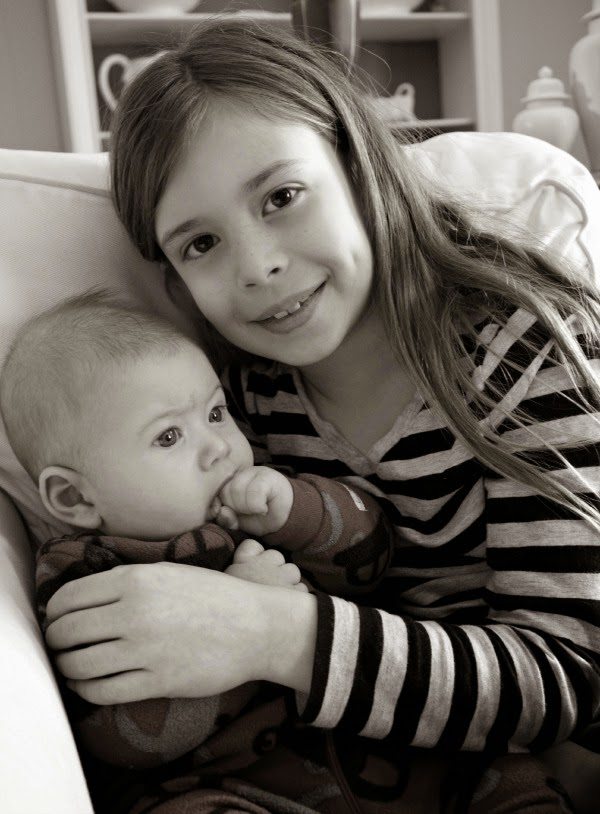 So even though I have an almost 9-year-old daughter and have been a mom for a long time, I find myself in the middle of all of this baby stuff again and it feels brand new all over again. Plus, do you ever really feel like you’re a pro a being a mom? Curve balls are pretty much the name of the game with this gig, aren’t they? So I’m saying I’m “newish”.  And here’s proof I’m no pro:

-First of all. These cute photos of my kids? Well, these are from pretty much the only time that I actually got out my real camera and not just my phone in the last 4 months and took real pictures. I even got some printed out! So I’m milking them for all it’s worth. They’re showing up in relatives’ mailboxes, in social media, and here! 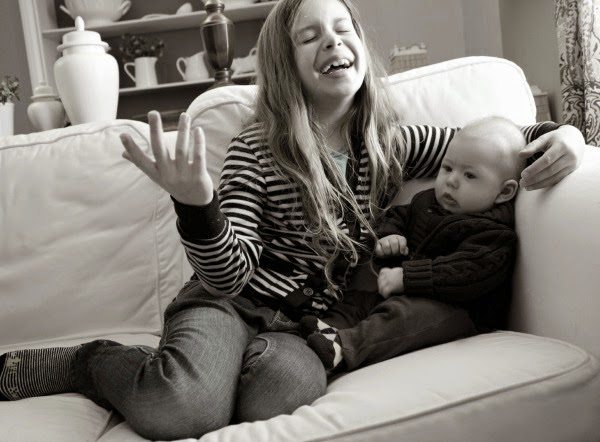 -I gave up on getting baby Jack to sleep in his own crib about 5 minutes after we brought him home, even though I swore up and down that he wouldn’t sleep in our bed. It just became clear that  that was the best way to get us all to have a good night’s sleep and now poor Chris is stuck on the couch for the time being. Yup. I’m that mom.

-Toothbrushing. Remembering to get Kennedy to brush her teeth? Sometimes I get to the end of the weekend and I’m not sure if she’s brushed them once that whole time. Without our usual school routine to remind me, I’m pretty hopeless. She may remember to do it herself, but honestly, I’m pretty sure she doesn’t.

-The stairs definitely haven’t been vacuumed in over 6 months.

-I’ve resorted to cleaning only one of the bathrooms for the time being. The other one is turning into some kind of science experiment. It’s interesting, I admit.

-I say “Yes” to Kennedy’s requests for candy. Every time.

-About 100 cups of tea is what gets me through the day. 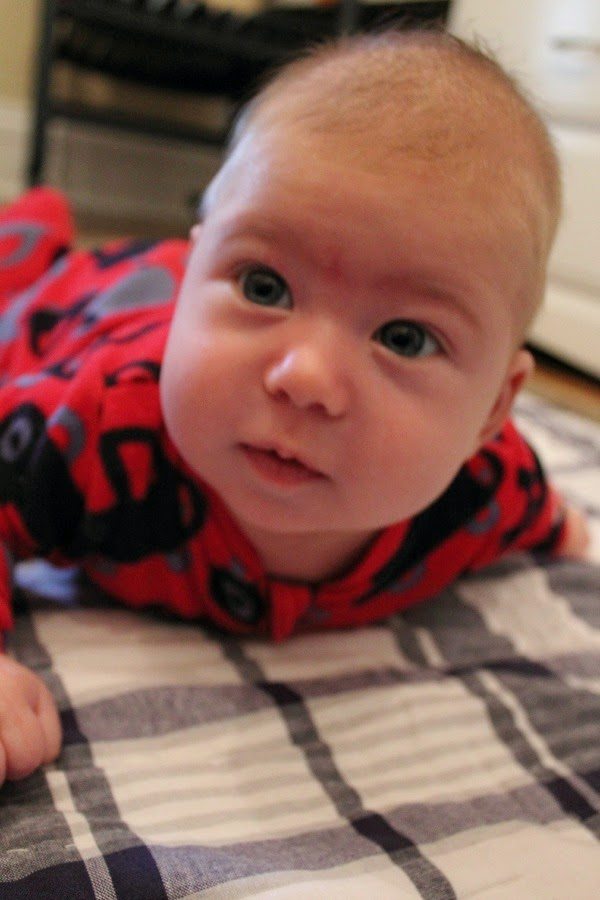 -The last time I mopped the kitchen floor was, um, a year ago? I wipe things up from time to time, but I’m very non-commital about the whole thing.

-The Christmas wreath on the front door came down around St. Patty’s Day. The lights came down just this weekend and that’s only because Chris took them down. If it was left up to me, who knows how long they’d be there.

-We eat almost all pre-prepared foods for dinner around here (except for chili! Which is pre-prepared by me and then frozen, so it really doesn’t count). Those pre-packaged bags of cut up fresh veggies that are way over-priced that used to make me wonder who in their right mind would buy them? I do. It’s me. Like they’re going out of style.

-You know how people say that they live in their PJs or their sweats, but they really mean that they just wear yoga pants instead of jeans twice a week? I actually, literally just keep wearing whatever I wore to bed the night before most of the time. If you see me wearing jeans at the school pick up line (but you won’t cause I don’t get out of the car), I probably slept in them.

-The worst thing is probably that I find myself getting annoyed at things like Chris taking Kennedy for bike rides, or playing games with her because they “don’t get anything done”. I will literally catch myself saying “OK, I’m going to put the baby down and then I have 20 seconds to get this dishwasher unloaded before he starts fussing, so just be aware of that and focus, OK?” It’s funny….. but it’s also really not. I’m the poster child for “Lighten up!”.

-I almost didn’t share that last one because it’s pretty terrible and I’m still trying to convince myself that I’m not that far away from getting things back under control. And I’m so not even close.

-This post? Somehow I managed to have it take me like a month to get this thing put together and published even though I’m swimming (drowning?) in inspiration for it daily. It should have been a no-brainer, done-in-3-minutes type of post. And as I said before, the photos are recycled. 🙂

If you’ve decided to click over and read this post, chances are you’re a mom too and I’m going to assume you totally “get” all that I’ve just shared and no disclaimer is needed. If this is your life too right now, then I’m saying “hang in there” for the both of us. I’ve been through this once before and I know I’ll get to the other side of the chaos eventually! Let’s just try and enjoy it a little for what it is too though, K?

If you caught yourself chuckling a little at my expense, then you’re welcome. 🙂