Have you been trying to grow mint because you heard it’s one of the easiest plants to grow? If you’ve found that it takes a little more to grow mint successfully than you thought, you’re not alone. Here’s what I’ve learned.

I’ve been duped by gardening folklore before and I’m sure this won’t be the last time, but whoever said that mint grows like a weed has very different weeds than what we have here. I’ve been under the impression that the biggest challenge with growing mint is trying to keep it under control so it doesn’t take over your entire garden. If you don’t watch it, they say, it will. Well, that sounds pretty great to me because I have a lot of garden area to fill in, so any plant that’s considered a vigorous grower, or even invasive, is my best friend. I’ve planted mint in a few different places around the property over the past few years, and while most of it survived, it definitely didn’t thrive and it most certainly didn’t “take over”. If you’ve had the same experience and you’re curious as to why exactly your mint has never reached the size and growth-rate that you thought it was supposed to, today’s post is for you! 🙂

I have some mint growing in my little perennial herb garden that has been alive for quite a few years, but has never really done what I had hoped it would. I split it earlier this year and moved half of it to a sunnier spot and the second half has done pretty much the same as what the first has. It’s there, but it’s nothing exciting. It seems like it struggles to just stay alive, mostly.

A few years ago we planted several mint plants around the bases of our apple trees. The mint is supposed to deter pests and we just thought it would look pretty. Today, one or two of those plants are still alive, but they’re small.

So I set out to figure out what I was doing wrong a couple of months ago. I had always thought that, with mint, you basically just plant it and it will take care of the rest. Clearly, that’s not actually the case.

How to Grow Mint: What Actually Works

This spring, my neighbour gave me a piece of her mint plant out of her garden, which had been doing quite well since she planted it last year. I wasn’t about to let that die, since she was so generous to give it to me, so I kind of babied it. Instead of planting it in the ground and hoping it would spread and fill in all the bare spots, I gave it a place of honour in this big barrel planter filled with nice potting mix. This is a great spot that gets morning sun, but is shielded from the harshest afternoon heat. I’ve watered it almost daily and even fed it and it’s already tripled in size.

Could it be true? Does mint actually need care and attention to thrive just like any other plant? Is it, in fact, not very weed-like at all?

Here’s what I’ve learned about successful mint growth, for those of us who haven’t had that fairytale mint-growing experience. 🙂 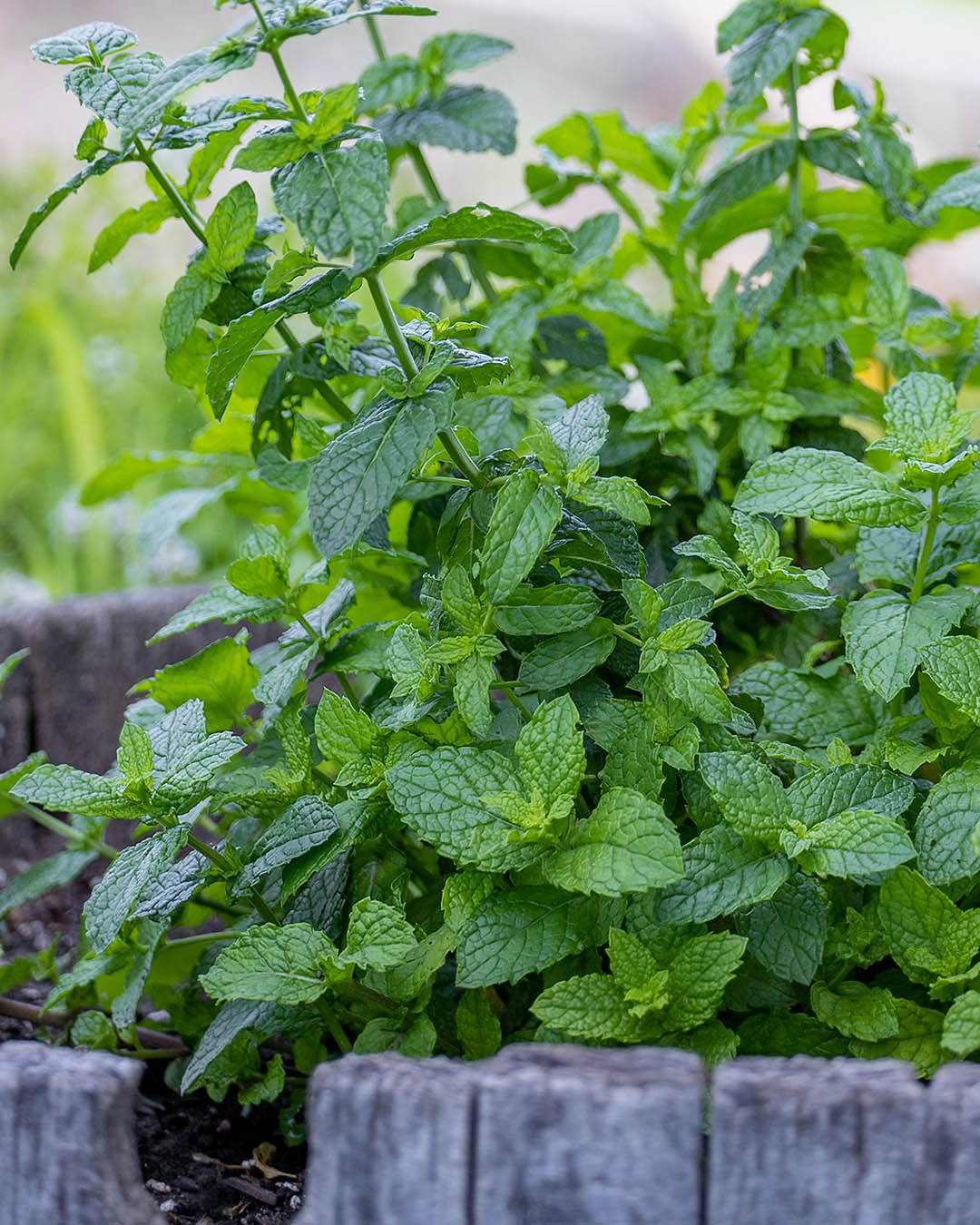 Plan to plant your mint somewhere that you can take care of it easily, like you would with any plant that is precious to you. Part of the problem with planting it out near the apple trees is that that area of our property is a bit of a trek to get to and we don’t necessarily go out there everyday carrying buckets of water.

Weeds (or, native plants, rather) will usually grow on just about any soil that is natural to your area, and this is just not the case with mint. Mint likes rich, well-drained soil. Something like a potting mix is ideal, or well-amended garden soil like you would use for growing your veggies.

We live in a pretty humid climate and get quite a bit of rain, but even that alone isn’t enough for mint. I’ve learned to actually treat my mint the way I treat my perennials or my hydrangeas if I really want it to get big and really multiply and that means daily watering. I love seeing these big shoots coming out of the bottom of the plant. That’s how you know it’s really happy. 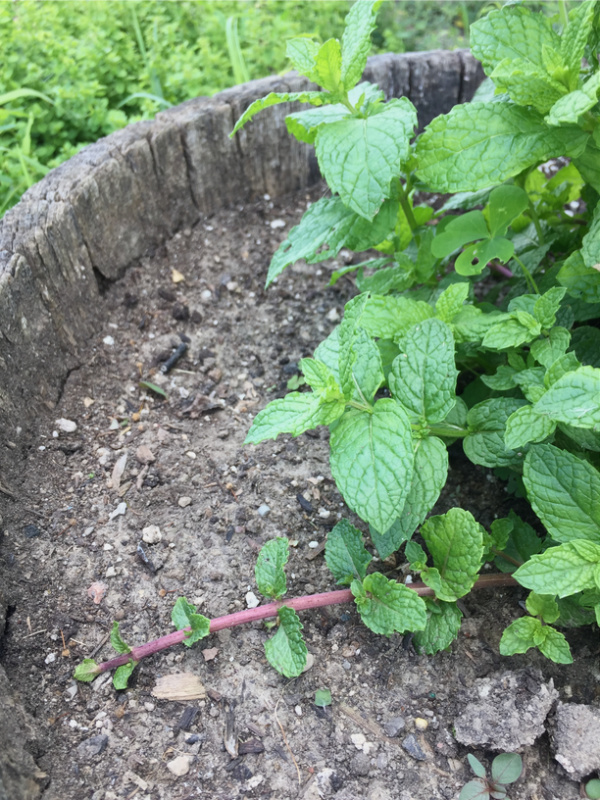 It sounds counter-intuitive to feed plant food to something that people warn will take over your garden if you don’t hold it back, but mint really responds well to a little basic plant food dissolved in water every 10-14 days during the growing season.

So that’s the truth about growing mint! Once you get it really established, it’s both a beautiful plant to have in your garden and super useful in all kinds of recipes all summer long! Hoping to have this barrel completely full of mint soon so that I’ll be able to show you the end result of my efforts! 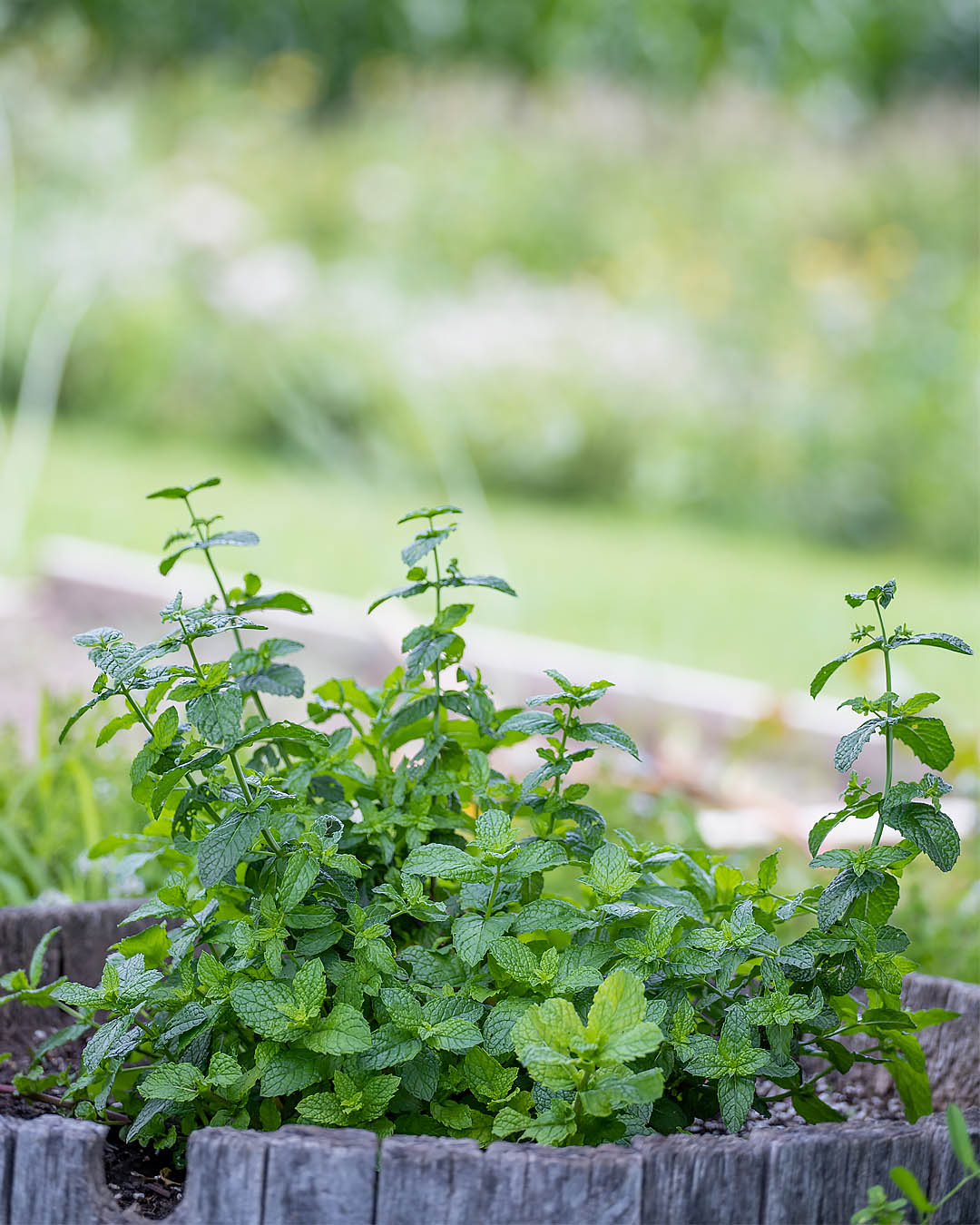