I found these great pillowcases at the dollar store the other day. They were in a pack of 2 for just $2. I didn’t know what I would do with them, but of course I found something within about 26 hours. Actually I found a few somethings. And this is one of them. 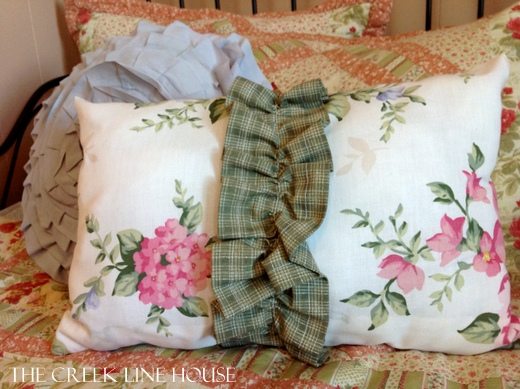 Taa daa! OK, I know this is a total Dear Lillie Rip-off. Those pillows are fantastic. I was just fooling around and seeing if I could challenge myself to make something in that style. I’m not much of a sewer yet, but it kind of turned out. 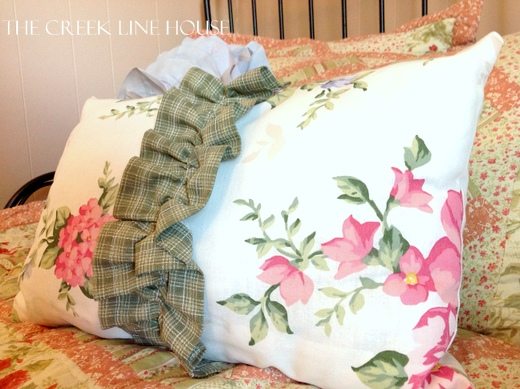 The giant floral that happens to be both classic and totally current is from the dollar store pillowcases and the little front ruffle was made out of some fabric I just had on hand. I’ve been using this fabric to make some custom storage boxes around the room so it ties in. Fancy, right?

I used less than half of one of the dollar store pillowcases, so the cost for this pillow was less than 50 cents. I think that’s a fair price, don’t you? 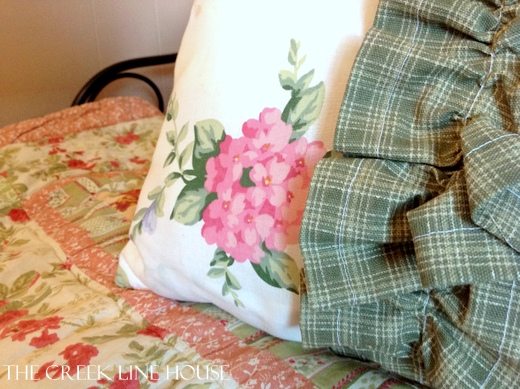 I probably should have not used white thread. If I was thinking, I would have found a matching green, but I really didn’t think it would work out, so it didn’t matter anyway. Ha! Joke’s on me! It looks pretty great actually. 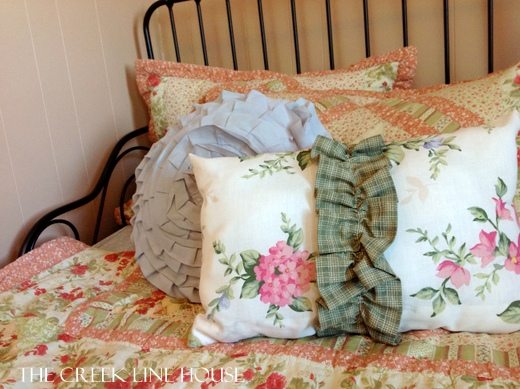 So here’s where I’m at for Kennedy’s “pillowscape” so far. Is that a thing? A pillowscape? Anyway, she wants a horse pillow too, then I think that will be it.

What do all you real sewers think out there? Any tips? Did I do OK for a first ruffle attempt?