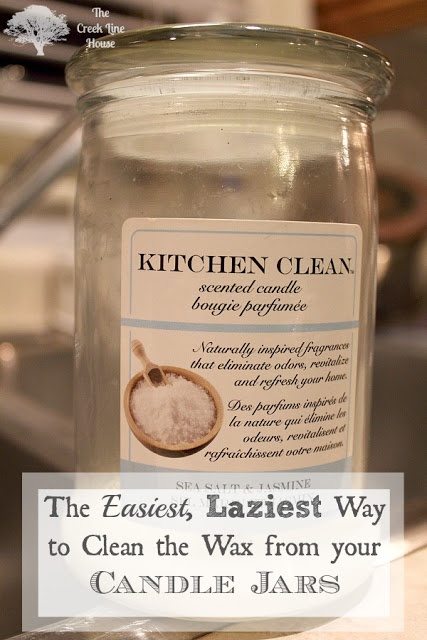 Have you ever bought a candle thinking “This comes in a really cute jar! I’m totally going to re-use this later to store all kinds of things and be super organized!”?

The freezer is fine for plain jars where the frozen wax can just slide right out, but if you have anything funky going on with your jar, you’re going to have to go all archaeologist on it.

Here’s what I do now instead: 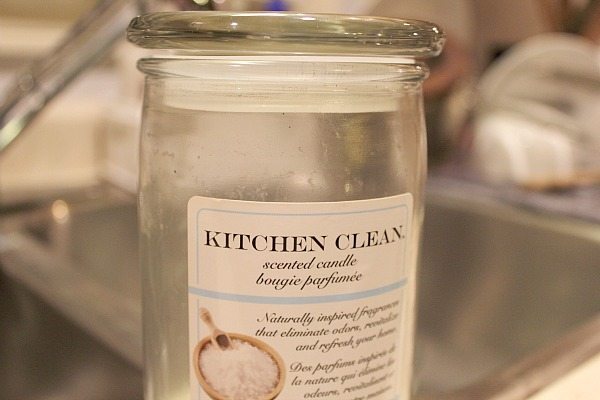 Get a jar from a burned out candle. Does anyone else find it hilarious that this candle is called “Kitchen Clean” and you can see piles of dishes waiting to be put away in the back ground? 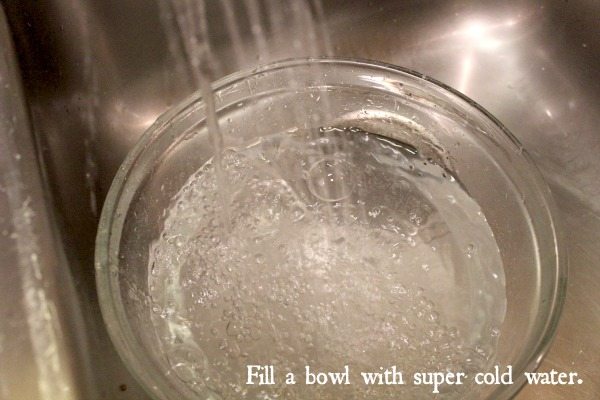 It doesn’t really even have to a big bowl bowl. Just a small amount of cold water will do. 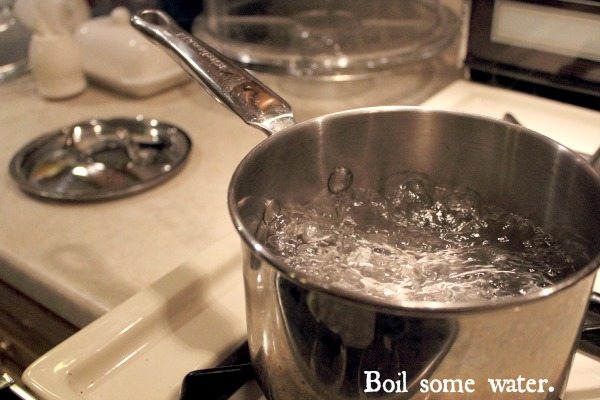 We’re going to melt that wax out! 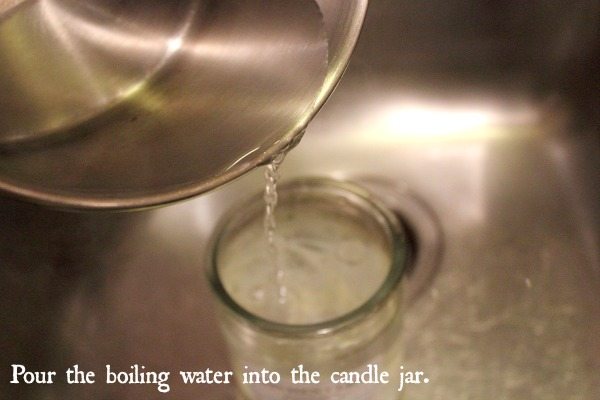 Stir it around a little with a butter knife or something to ensure all the wax gets melted. 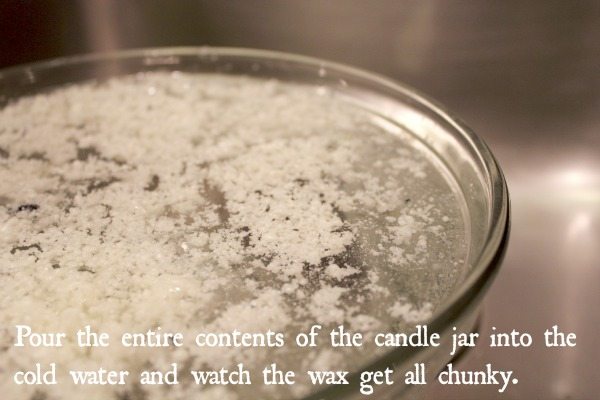 Pour all that melted wax mixed with hot water out and into the bowl of cold water. 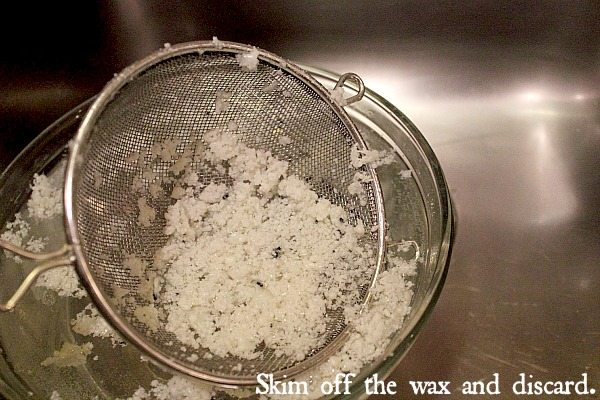 It separates really easily so if you don’t have a strainer to use for this, don’t worry, a spoon will work just fine. 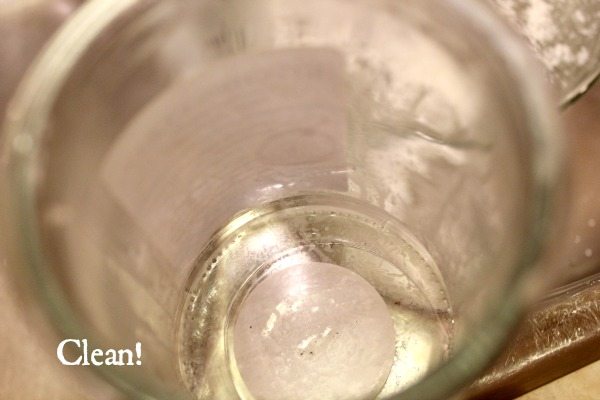 Just a few seconds of work and your jar is perfectly clean! Bonus: Your kitchen will smell amazing instantly if it was a scented candle. 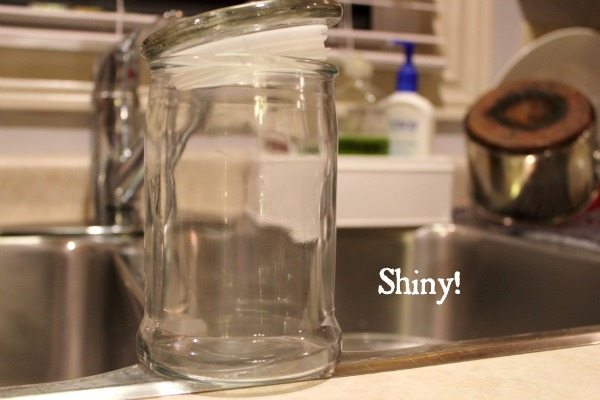 Peel the label off and clean your jar as usual. You’re done!

Now wasn’t that easy? You’re ready to organize, craft or display with your new jar!