Along with all the of the boring, yet important organizational stuff I worked on last week, I also managed to do a few things to pretty up the place, mostly involving paint.

The living room gets the brunt of my decorating experimentation just because it’s probably the least offensive room visually in the house right now. Also, because it’s the least visually offensive, it will probably stay as it is the longest. Until everything else is prettier than it, basically. So it kind of makes sense to invest a little time into it. 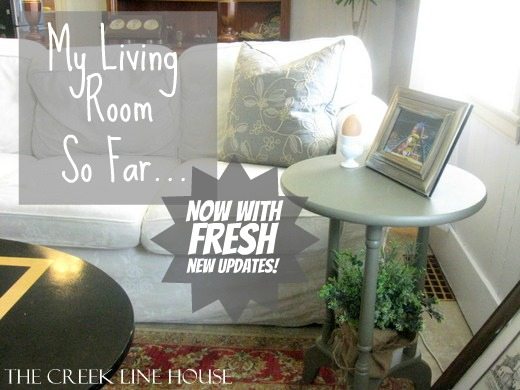 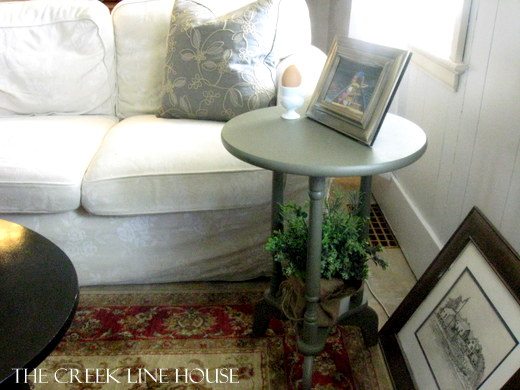 This little side table. Previously just a banged up little wooden side table I bought about 10 years ago. 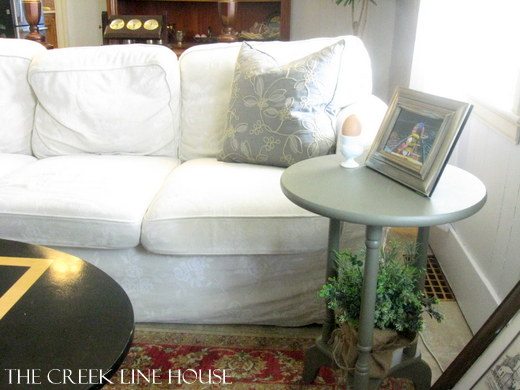 I picked up a little sample size of the (now discontinued) Martha Stewart paint colour called Crevecoeur. For $1! Luckily I bought like 5 more, because this is a great colour and really great paint. 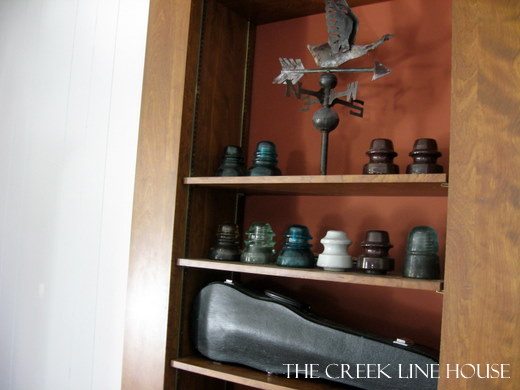 Some of you who have been hanging around here for awhile might remember this shelf. Although there have been a lot of new readers lately so mostly, you probably won’t. Hi guys!! 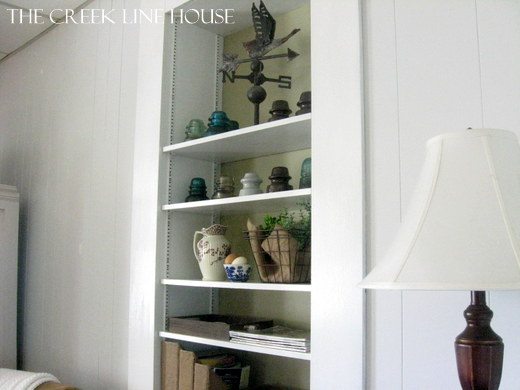 Well, it was bugging me, so I painted it. You know what Chris said when he came home and saw it? “Does this look better?”

Grrrr! He was just joking but he definitely knows how to get to me. 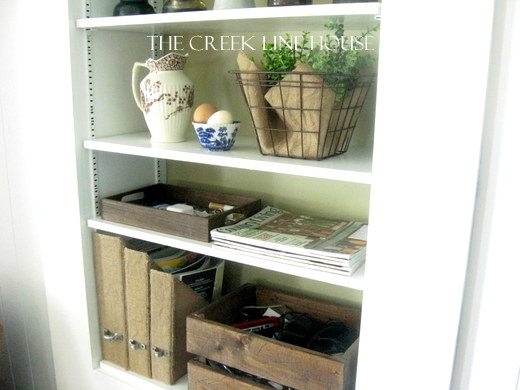 This shelf is kind of nice to look at, but mostly it’s for function. You can see where my DIY Magazine Organizers ended up. They’re stuffed, so I need to make more. 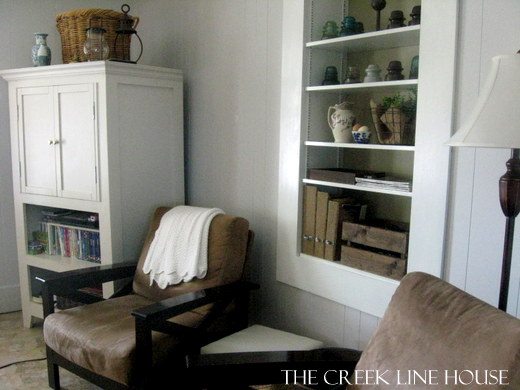 I’m hoping to one day have a whole wall of built-ins, painted white and with some kind of neat lighting in there. For now, having one white shelf is better than none! 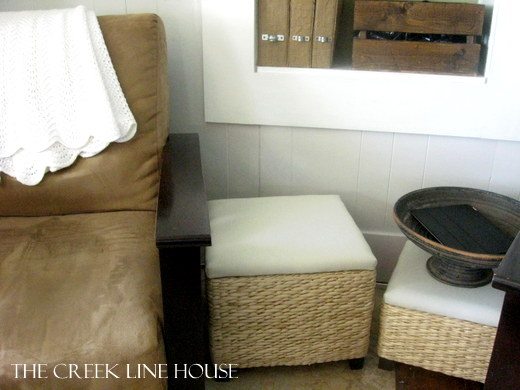 Check these out! They have storage inside too! 2 for $15! I actually kind of look forward to the fabric on top getting dingy cause they’ll look so good with a bit more stuffing and some kind of pattered fabric. And it’ll be a quick and easy fix when the time comes.

So that’s where we stand as far as the Living Room goes. I don’t often show full rooms, mostly cause no full rooms feel ready for it, but I think this one is getting there. 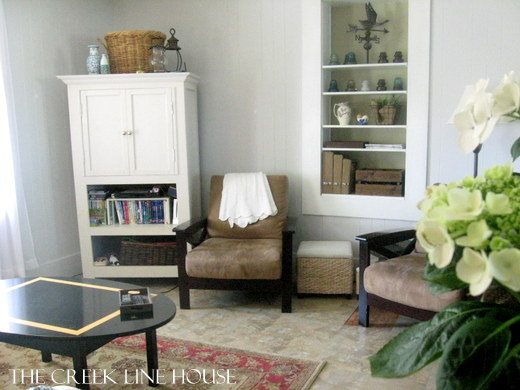 And yes, part of the floor is ripped up. It adds character, right?