If you need a clever trick to help you quickly peel potatoes, look no further! This trick is a little unconventional, but it can really save you precious minutes in the kitchen! 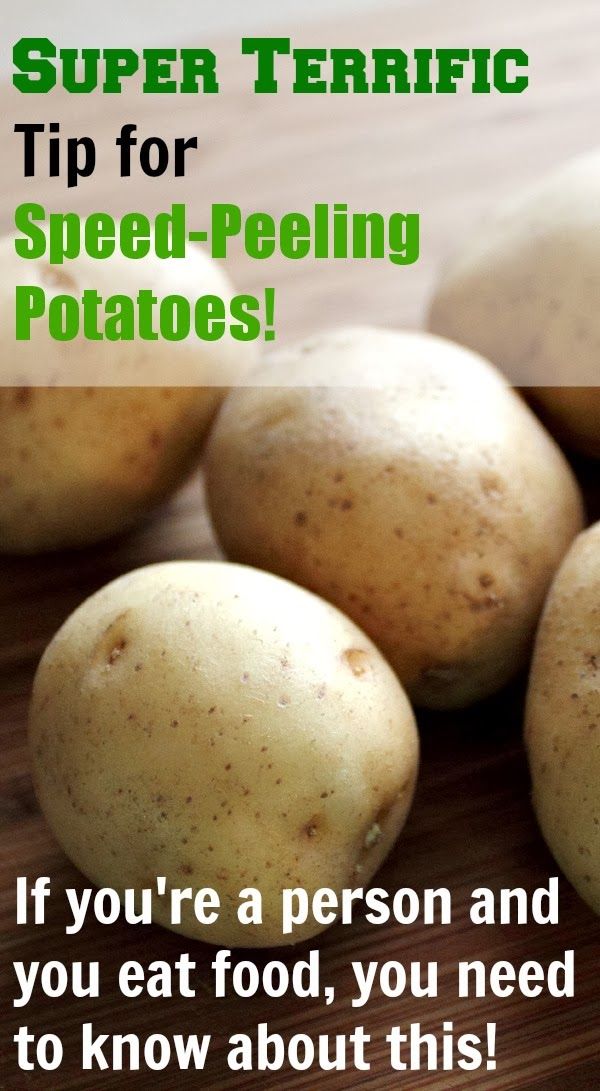 I’ve peeled a lot of potatoes in my day, as have a lot of people. Sometimes when I’m doing it I think to myself “You know, I really like peeling potatoes. Peeling potatoes is kinda nice.” Lately though I’ve been feeling more like “Really? Do I have to? There has to be a better way!”

And there is! And it’s actually really fun too!

This is totally one of those obvious “Why did I never think of this before?” kind of things.

How to Quickly Peel Potatoes 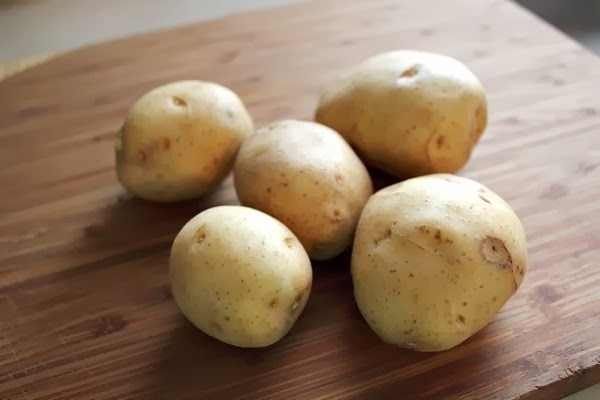 Gather however many potatoes you want to use and give them a quick rinse. It helps if you choose some that are mostly kinda the same size. 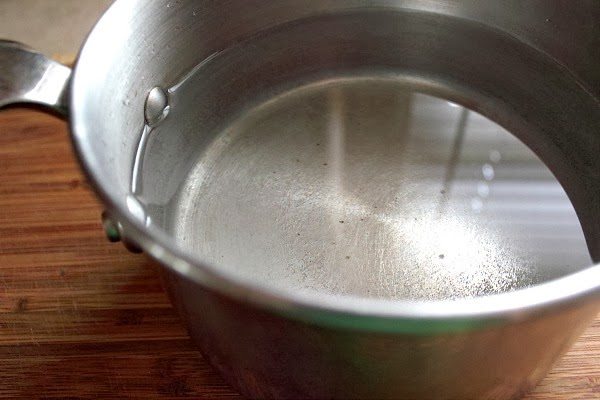 Fill a pot with water and pop them in.

Put the pot on the stove on medium heat, covered, and let them come up to a boil. Boil away for however long it takes them to cook. Half an hour-ish? I always just put them on and do whatever else I need to do in the meantime and poke them with a fork every once in awhile to see how it’s going. If you have really big potatoes, you can just cut them in half to cut down the cooking time if you like.

When  you think they’re about done, get a big bowl of ice water going. 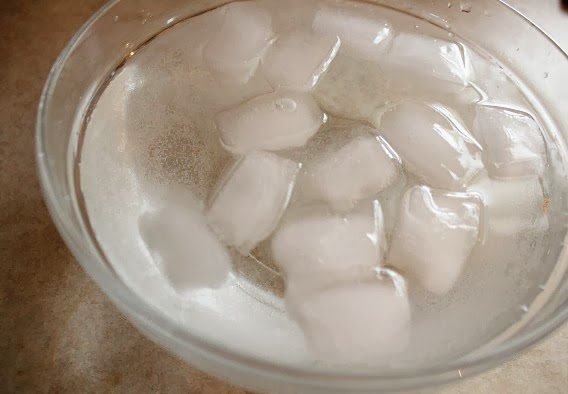 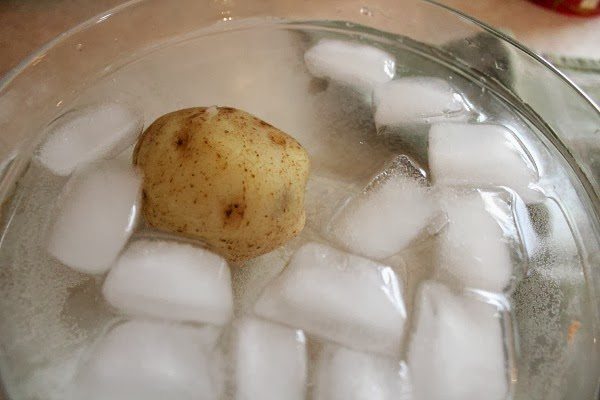 Plunge the potatoes into the ice water (they can all go in together at the same time) and leave them there for about 20 seconds or so. By now, just the outsides will be cool to the touch, but the insides will still be steaming. 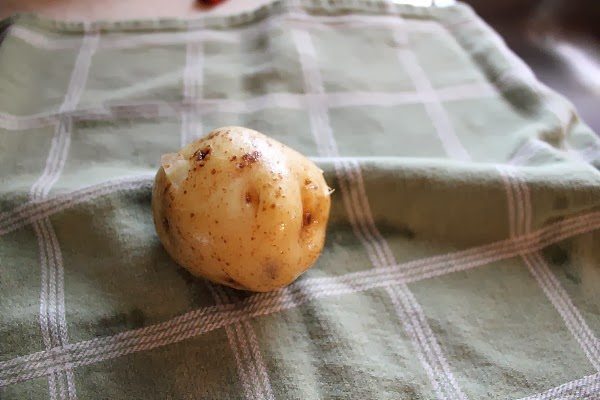 Pull the potatoes out and put them on a clean tea towel. You can use your hands. They won’t burn your precious pinkies. Use your hands to pull/rub the skins right off. It literally takes about 2 seconds per potato. And it’s awesome.

There you have it! Perfectly cooked, peeled potatoes, all ready to be mashed or sliced, or whatever you like!

I will never make peeled potatoes any other way again, that’s for sure!

Another a-peeling kitchen time-saver: How to Peel Garlic in Just Seconds! Really!

An Update and Thoughts on How to Quickly Peel Potatoes

Update: I’ve had some comments where people are asking how this is time-saving if you have to boil the potatoes and then wait for them to cool, when you could just peel them with a peeler in a few minutes. WELL, I thought I’d better clarify. 🙂 First of all, if you’re eating the potatoes, you’ll be needing to cook them anyway, so why not have the cooking step do most of the peeling work for you?

Secondly, you DO NOT need to wait for the potatoes to cool. They will be cool to the touch almost instantly as soon as you toss them in the ice water (within a few seconds) and the peels can be brushed off with almost zero effort with your finger tips in just a second or two. So instead of taking 5-10 minutes to peel a big batch of potatoes, it will take maybe 1-2 minutes AND you won’t have to use that darn peeler thingy that can be so frustrating. Once you’re done boiling and brushing the skins off, the potatoes are ready to eat! Careful though, they might be cool on the outside, but they’re steaming hot on the inside. Just ask my burnt finger!

Also, I love the skins too. The skins are amazing and delicious.  My family, however, does not. Kennedy would never touch potatoes with the skins on them at this point in her life and I know a lot of adults who feel the same way. If I have a big group of people to feed, I always peel the potatoes, just in case. Hope that clears things up! Happy peeling!

Do you have a favourite method to help you quickly peel potatoes?