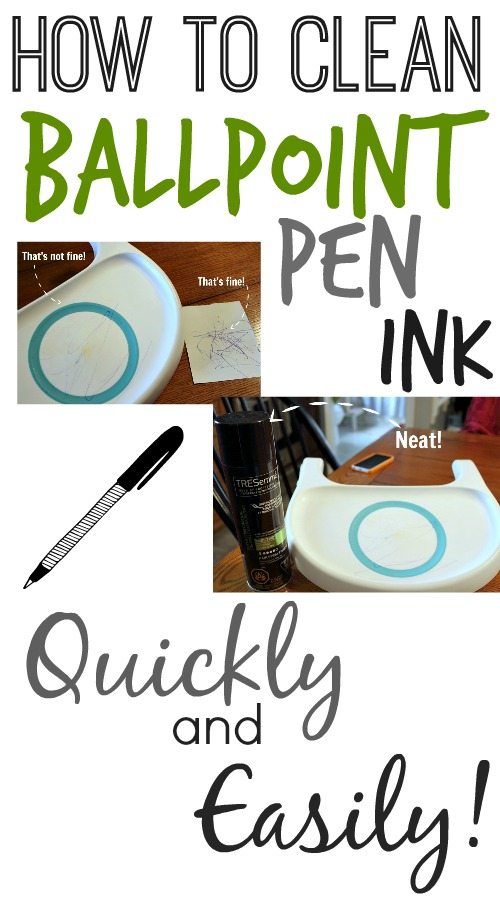 I made the “mistake” of letting Jack play with a pen the other day while he was in his high chair. He’s just fascinated with those things right now! Usually I make sure the pen’s closed or has the lid on, but this time I thought I’d give him a piece of paper and let him go nuts. He was just so excited about it, I couldn’t say no. 🙂 Plus I knew that it would be a good excuse to do a little cleaning experiment!

So here’s what I had after a few minutes: 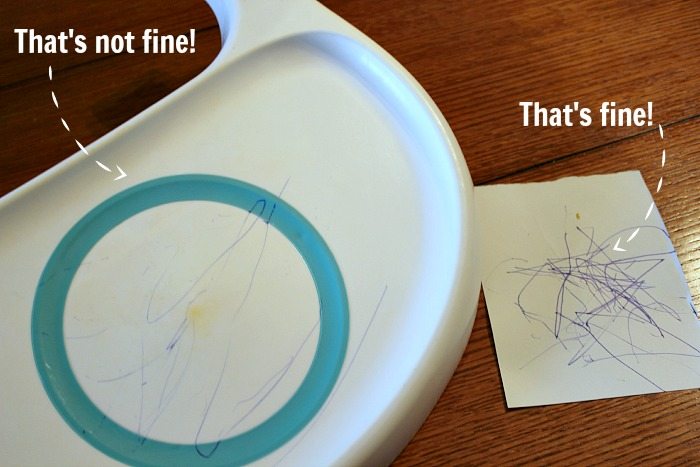 He actually did a pretty good job of drawing mainly on the piece of paper, but of course there was quite a bit of pen on the high chair tray too. And a spaghetti sauce stain right in the middle, too, but just ignore that!

I don’t normally have ballpoint pen all over the place, so this is one that I’d been wanting to try out for awhile, but hadn’t had the chance to. It looks like I’ll probably be using this one quite a bit over the next little while though! Here’s what I used to clean it up in a flash! 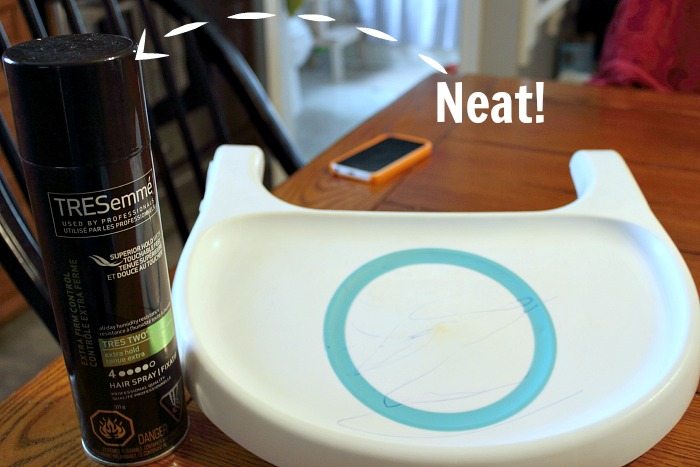 Hairspray! It was so fun to see the ink just basically melt away as soon as I sprayed it on. I sprayed all over the ink and then just wiped it away with a paper towel! For the record, I did try plain soap and water first, just for the sake of the experiment and it did absolutely nothing. The ink didn’t budge. So the hairspray really is the key!

Here’s how it looked after! 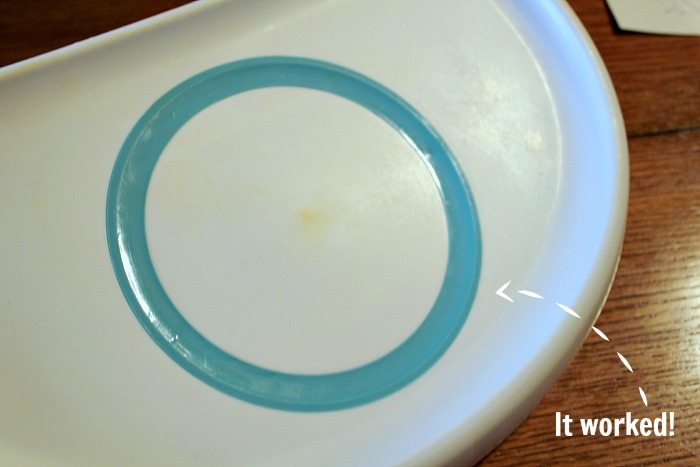 That darn spaghetti stain’s still there though! I’ve been trying to figure something out for that too that doesn’t involve bleach, but nothing yet!

Anyway, that’s how you can clean ballpoint pen if the need ever arises!