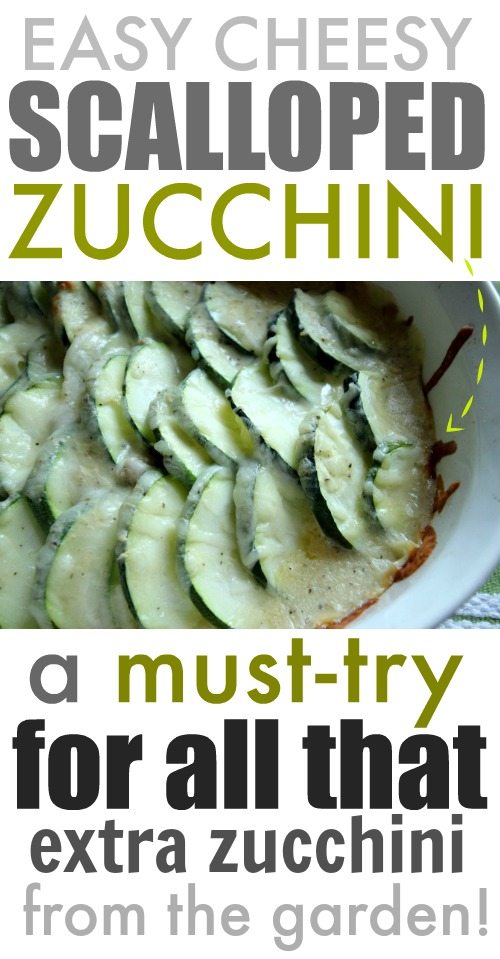 The zucchini cookery is still going strong over at our house! We’ve had so much zucchini from the garden this year and I’ve been determined to use it all up and share some fun recipe ideas with you as well, just in case you find yourself with the same zucchini abundance! This scalloped zucchini recipe was a little bit of an experiment, but it turned out even better than I had hoped! This stuff is really pretty great and I may even like it better than the classic scalloped potatoes!

So far this year, we’ve covered:

Both of those recipes were definitely on the healthy end of the spectrum, but this one is a little more indulgent. Of course, it’s probably healthier than scalloped potatoes, but it’s still pretty decadent as far as zucchini goes and I’d still classify it as comfort food, for sure. 🙂

So here’s how to scallop that zucchini!

Start out with a whole bunch of zucchini! 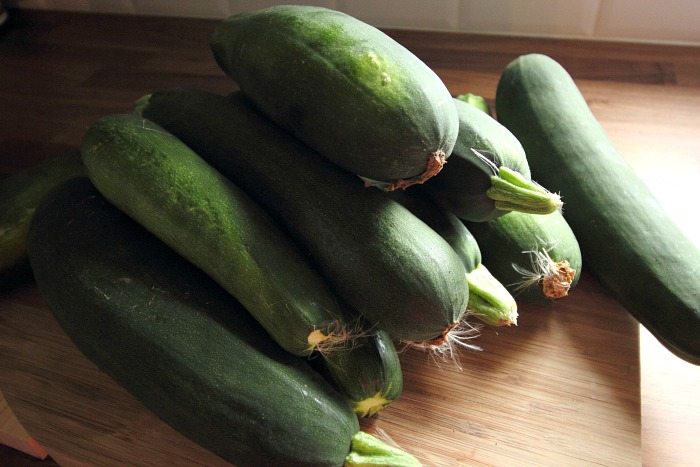 ..or just 2 large ones from the garden should be fine. That’s how many I used to fill a medium-sized corningware casserole. That’s probably plenty. 🙂

Once you’ve cleaned off all the dirt, dust, and fluff from the zucchini that you’re using, chop off the ends and then slice the zucchini into rounds that are about 1/8″ thick. 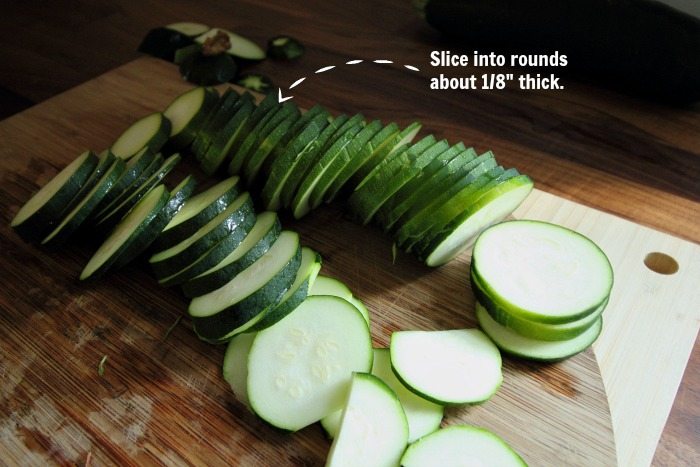 Now, in my humble-ish opinion, scalloped-anything really needs to have onion in it. I know not everyone agrees with me because I recently bought a pre-made frozen pan of scalloped potatoes thinking that it would be easy and yummy to throw in the oven one night if things were crazy and busy and there was no onion in that. I was pretty horrified to say the least. It just tasted bland and pastey to me. So I add in onion.

Thinly-sliced white onion to be exact! About half of a large onion should do it! 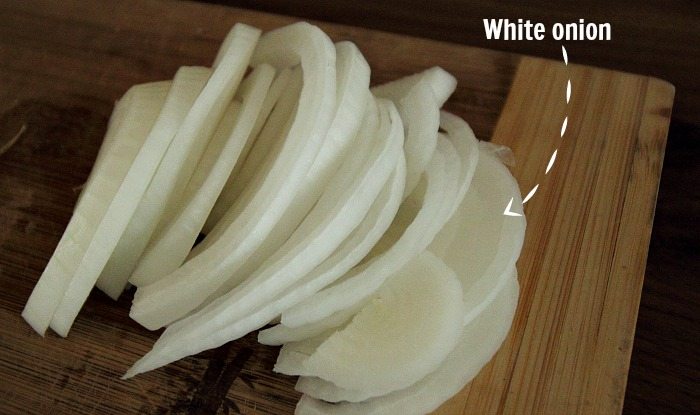 Next, grab a casserole dish and start layering the zucchini rounds in a pretty pattern, with a few thin bits of onion here and there.

Here’s how mine looked when I was all done layering! 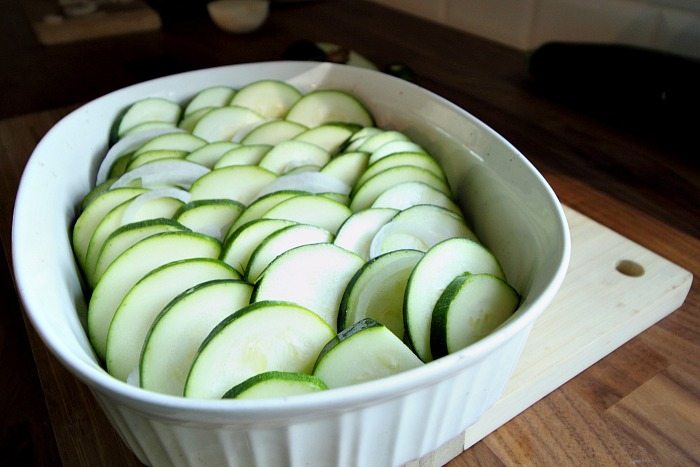 You’ll need to make the sauce next that goes over the zucchini and makes it so extra yummy.

For the sauce, mix together:

Don’t worry if it seems like there isn’t quite enough sauce to cover everything nicely, or if it looks to you like more liquid is needed. The zucchinis actually release a lot of liquid while they’re baking and that liquid blends with the sauce nicely to make everything pretty wonderfully saucy.

The last thing to do before putting your casserole in the oven to bake is to cover the whole thing with a generous amout of shredded cheese. I used a three cheese Italian blend for mine. 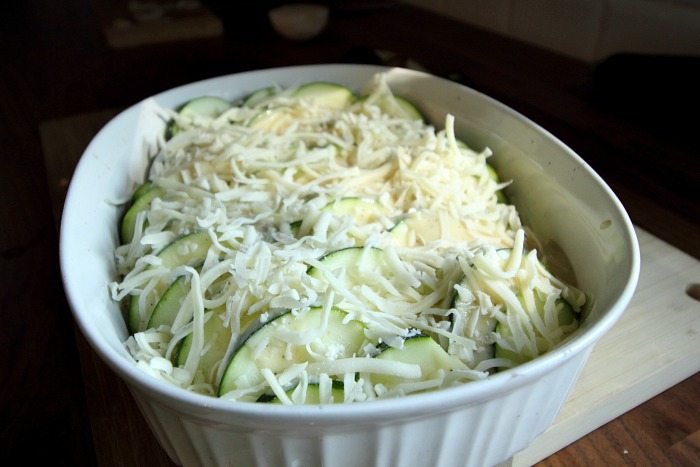 Bake it for about 45 minutes in a 350 degree oven. Because of the delicateness of the zucchini, this dish is best served right away, straight from the oven! 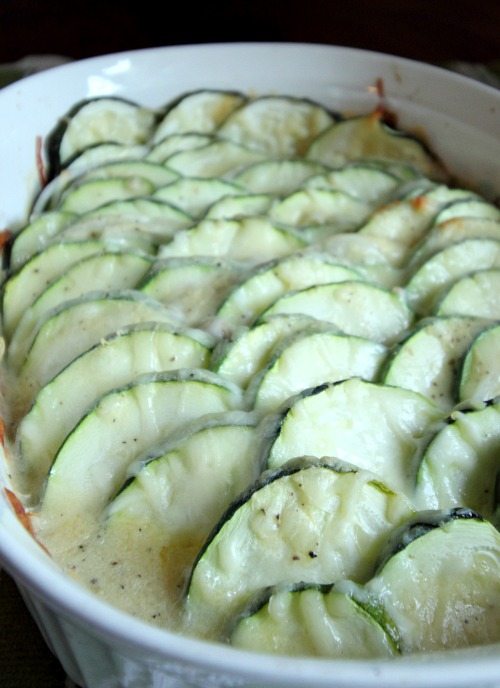 I made this earlier in the day, thinking that I would just reheat it for supper, but because it was so delicious when I tasted a little bite, I ended up eating a whole plate of it for lunch!… and then I kept picking at it for the rest of the afternoon. 🙂 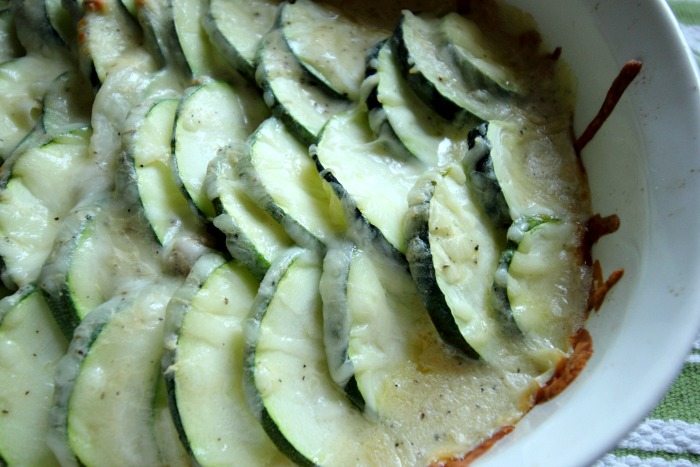 I did end up reheating it and using it as a side dish with dinner and it was still pretty tasty then. Chris actually said it was his favorite way that he’s had zucchini yet, which is a big compliment because he’s not the biggest zucchini fan. I found though that I did like it a little better when it was super fresh!

Definitely try this one out if you’re on the hunt for zucchini recipes!

Are you on a zucchini-cooking mission this summer too? What fun recipes have you tried this year? 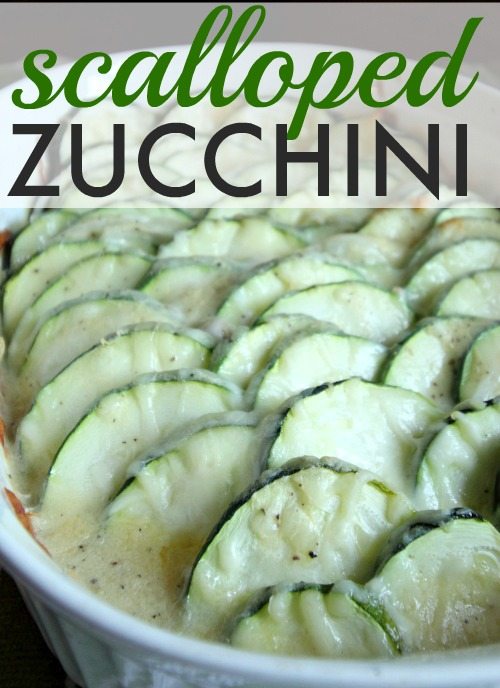