Even though it’s not at all how I envision it will be one day, I still really like my mudroom.

The one wall is all windows, so it’s nice and bright, and even though it’s pretty utilitarian right now, I seem to be able to make it into something welcoming to walk into pretty easily.
I decorate it for most seasons and holidays, but for Summer this year, it just became sort of a dumping ground. Some decorations left over from Spring, some things I’m planning on using in there in the Fall, whatever garden stuff I wanted to be able to grab on my way out the door without going into the scary garage, and various toys.
I thought I’d clean it up the other day, just to get rid of some of the piles of junk and to get ready for some Fall ideas to brew.
It didn’t need to be pretty, just tidy for now. 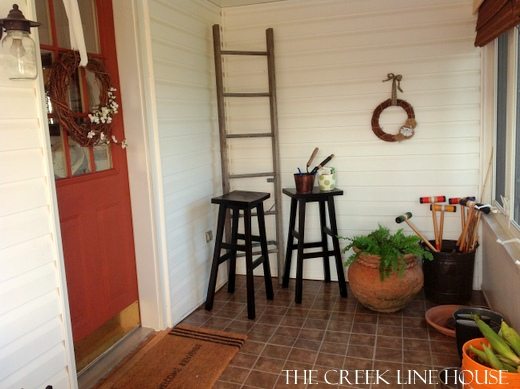 Well, I did tidy it up. Lo and behold: It is pretty! 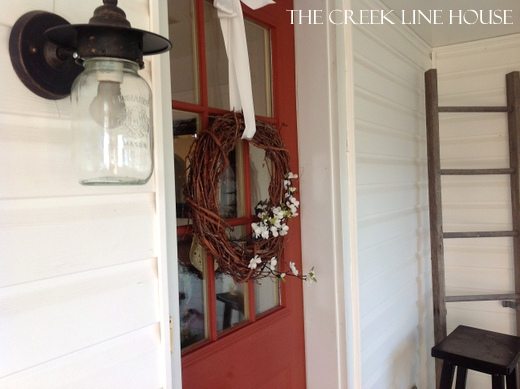 It’s like I staged it to look like I’d just come in from the garden, and the kids had been outside playing croquet all afternoon, and Kennedy’s rain boots are by the door cause she’s just been out in a stable taking care of the horses. 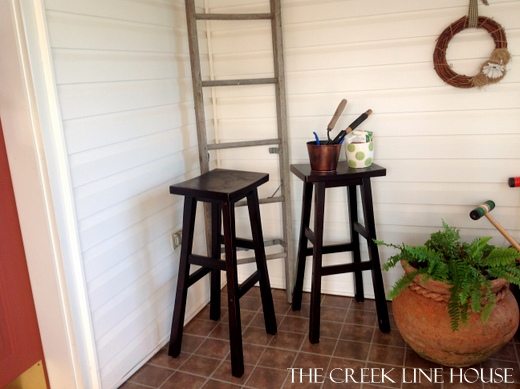 Except, it’s not staged. That’s just actually what happened. 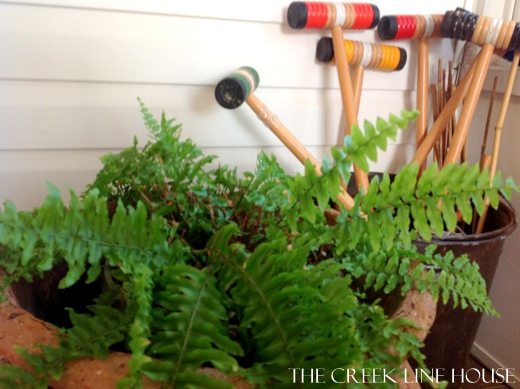 Pretty and authentic! And I didn’t even realize it was happening. I think the decorator in my subconscious is on to something. 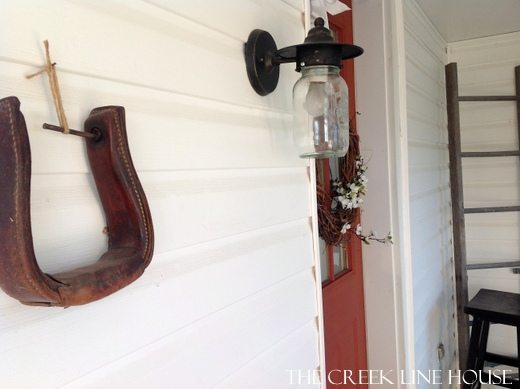 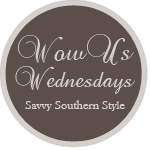