This sharpie polka dot vase is such a quick and easy way to bring a bit of modern farmhouse style to your home for almost free!

The idea for this DIY sharpie polka dot vase hit me the other day when I stumbled upon a bunch of sharpie projects that others had done. I mean, you can do some pretty amazing things with a basic sharpie marker and just the tiniest bit of creativity. Actually, we’re avid sharpie users in this house so I’m pretty ashamed to say that I’ve never thought of using them to create something fun for our home. Until now! 🙂

My own personal style for our home tends to lean naturally a little more towards traditional/country style than modern, but I do like to throw in a few more modern elements here and there to keep things feeling fresh and new. This vase is perfect for that!

So here’s how you can make your own sharpie polka dot vase!

How to Make Your Sharpie Polka Dot Vase

The great thing about this project is that it takes very little artistic skill and it’s very forgiving. 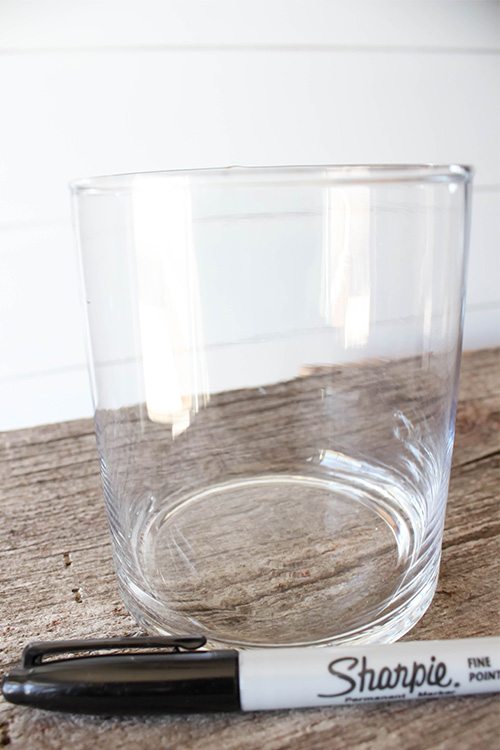 Start out by drawing a few polka dots near the base of your vase. For the same kind of bubbly look as mine draw the polka dots so that they’re closer together, even touching near the base of the vase, and then gradually make them more spaced apart as you move up the vase. 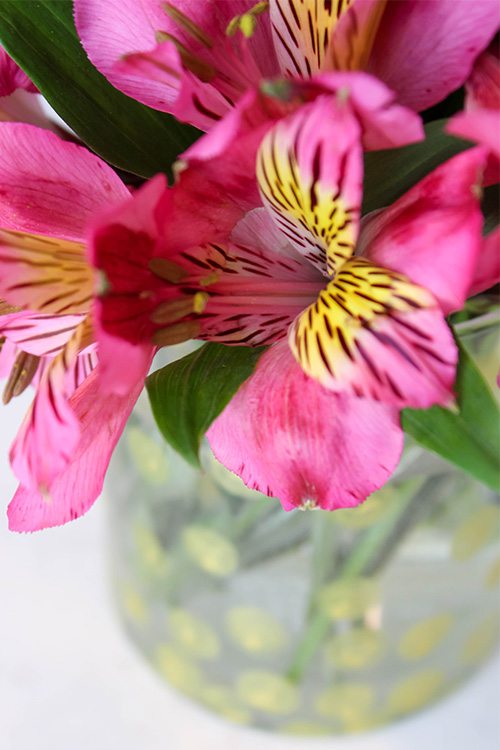 I found that my design looked kind of weird until I drew a few of the polka dots kind of half-off the vase at the top and the bottom. Once I did this, the whole bubbly polka dot thing started look the way it seemed like it was supposed to in my head. 🙂

Don’t worry if you mess up a little and a few of your polka dots are a little too big, too small, or lop-sidded. This just adds to the whole handmade look. 🙂 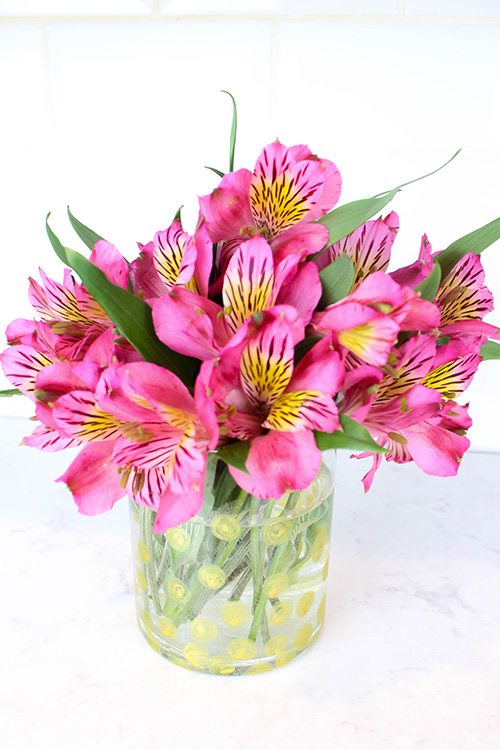 Once you’ve gone all the way around adding polka dots all over your vase, you’re done!

How to Fix Mistakes on Your Sharpie Polka Dot Vase

Again, don’t worry too much about little mess-ups!

If you do make a really big mistake, you can erase it with a bit of rubbing alcohol on a paper towel. Try not to focus too much on the individual dots though, it’s the overall effect we’re going for here! Once you get some nice flowers in your vase, it will be easier to see the big picture. 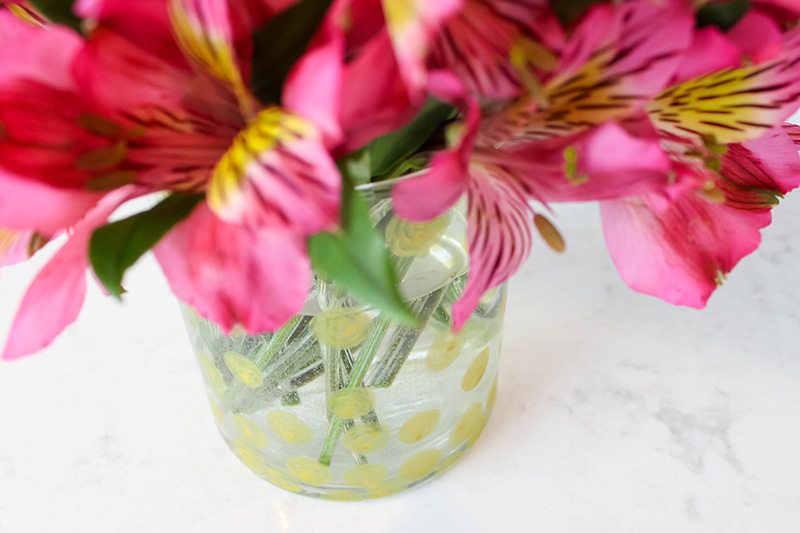 Some people suggest baking the vase to help the sharpie set, but I’m not sure how heat resistant these cheap vases are, so I didn’t risk it. If the sharpie ever gets washed off for some reason, I can always re-draw it and it won’t take me any more than 5 minutes anyway! 🙂

Because these designs can be easily removed with rubbing alcohol, this is a great way to try out a new style for just a little while, or to customize a whole bunch of plain vases that you already own to fit in with a party or a holiday theme! 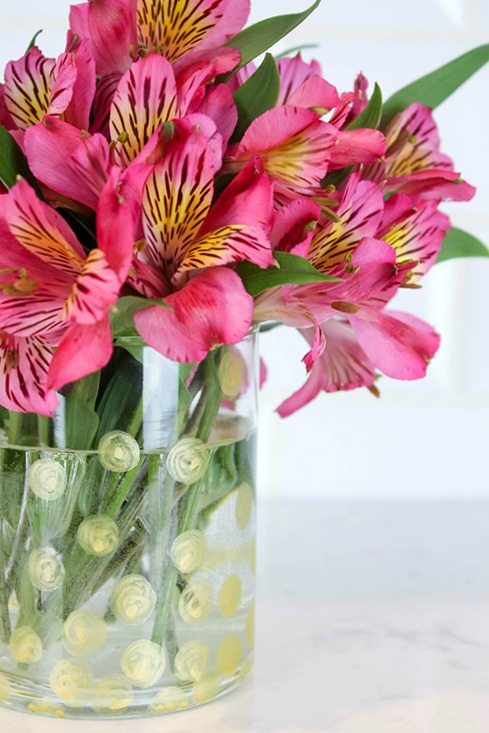 So that’s how to make a sharpie polka dot vase! Have you ever tried drawing on glass with sharpie markers?