Brighten-up rusty chrome surfaces with this quick and easy trick using items you keep around the house.  You’ll never worry about dirty-looking chrome surfaces again once you know this method to remove rust from chrome.

Today’s cleaning experiment comes to us courtesy of my little cousin Matt and his extensive knowledge about how to remove rust from chrome. 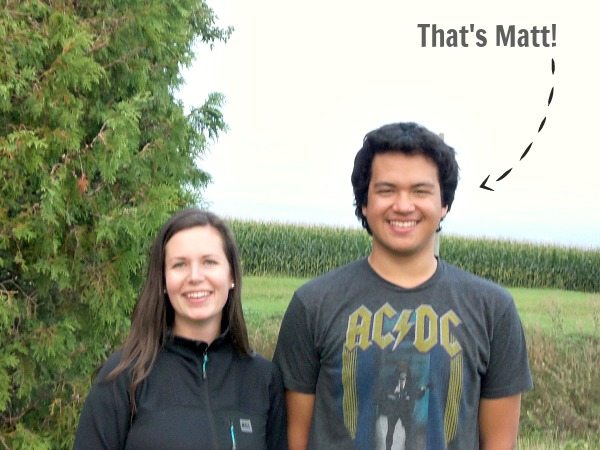 OK, I use the term “little” loosely. He’s like 6 foot a million. Anyway, Matt’s really good with cars and mechanical stuff and when he was visiting us in the Fall, he was telling me about his trick to clean old, rusty chrome parts that he finds. He said he likes to keep cola around but he never drinks it. He uses it for cleaning! Well, I had the perfect area to put this trick to the test, so of course I did!

Here’s the shower curtain rod in our main bathroom. 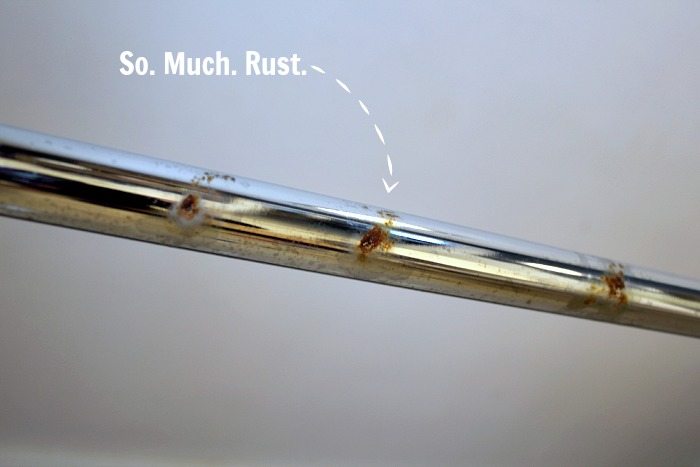 We installed this curtain rod about 3 and a half years ago when we moved in and it had since become pretty encrusted in rust. Actually, I thought it was rusted right through and totally ruined and that we’d be needing to replace it soon. Nope! Not the case at all!

Here’s what I did!

How to Remove Rust From Chrome with Cola

First I took some cola and poured it into a bowl. 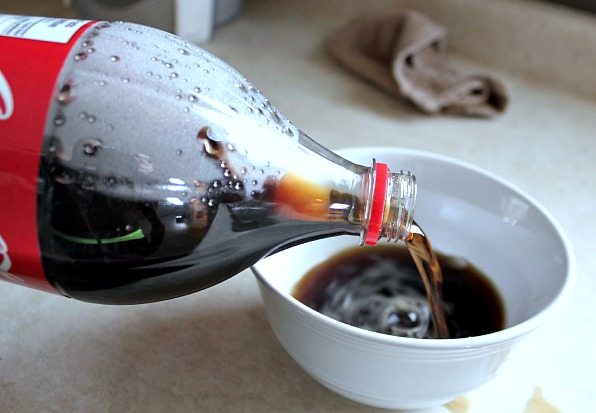 I don’t often drink it because I know it’s not really good for you, but I do like it! It smelled so good! Maybe someone needs to start selling a cola-scented air freshener!

Anyway, once I had my bowl of cola, I dipped a rag into it and then wiped down a rusty area that was about a foot long. 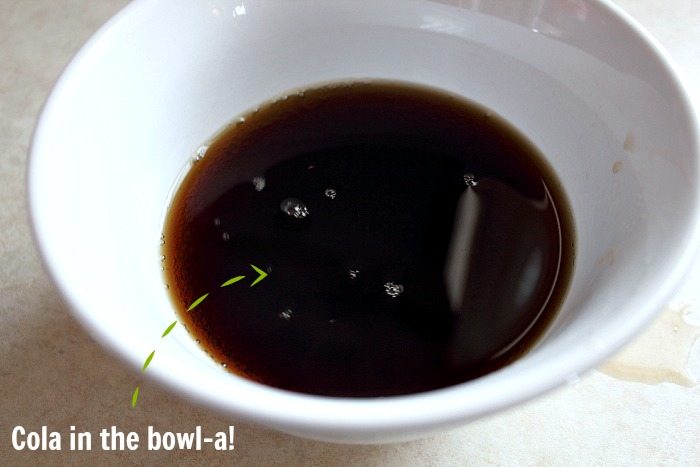 Yes, it’s true. I haven’t been getting much sleep. Please excuse my lame jokes. 🙂

So I wiped back and forth a few times, just to give the cola some time to react with the rust.

Then I took a balled up piece of tinfoil and just used it to scrub away the rust, just like I would use a sponge or a rag or a dish scrubber. 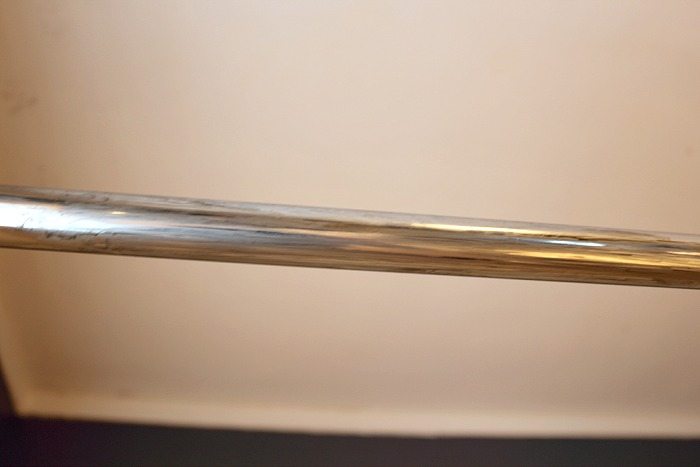 All those crusty rusty parts just disappeared! The tinfoil did turn a bit black, so if you do this on a large area, you may need to get a fresh ball of tinfoil every once in awhile. You can see some of the black residue in the previous picture.

Once I was done removing all the rust, I took a dry, soft cloth and just wiped the chrome clean! 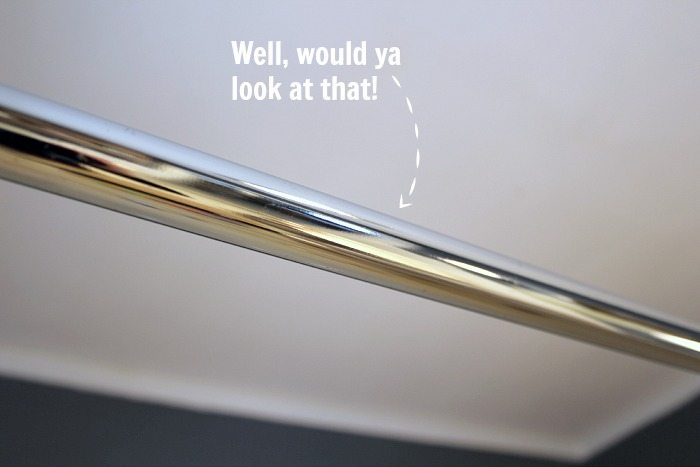 If you’re worried about causing scratches on your pretty chrome, don’t be. Here’s why it works so well: The cola contains carbonic acid which reacts with the iron oxide in the rust and breaks the bond with the chrome. The tinfoil is the exact perfect hardness because it’s harder than the rust, but not as hard as the chrome, so it completely destroys the rust while leaving the chrome in perfect condition. Neat, right?

So now you know how to remove rust from chrome fixtures! Try it out for yourself and let me know if you’re as excited about it as I am!

For more clever cleaning tricks like this one, visit my cleaning archives page!