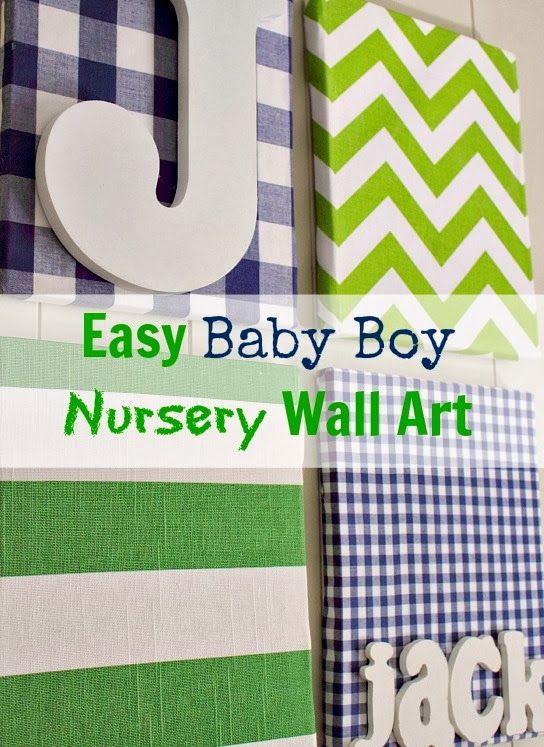 Truth be told, our baby boy had a name pretty much all along. We decided on a name probably the day after we found out it was a boy and it just sort of stuck. A few months later, we still love it. So Jack’s the name we’re going with!

Chris has an uncle Jack, I have a grandpa Jack, and I’ve never met any other Jack that I didn’t like! It seems like it might be a bit of a trendy name right now, but it’s also a classic, so I think we’re good. When we named Kennedy, we thought we would never hear of another one and now I think we’ve met 8 in just the last two years in our little town. So you never know!

As far as a middle name goes… well, this poor kid may end up middle name-less because that’s something we just can’t seem to agree on. Luckily for today’s project, all I needed was a first name! 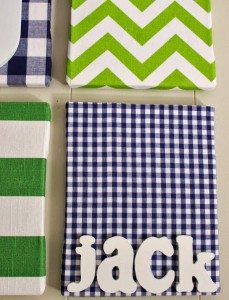 If you’ve been following along with me on Instagram, then you know we’re still very much in “construction mode” in the nursery, but that didn’t stop me from making this wall art and hanging it up just to see how it would look. I’ve been sitting on some fabrics from Online Fabric Store that I really love for a few weeks now, so finally I had to jump in and make my first project.

Let me show you what I did! 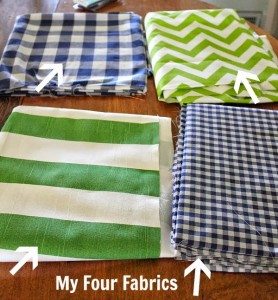 I have a stack of 6 different fabrics that I’ll be using in here, and for this project I chose these four. 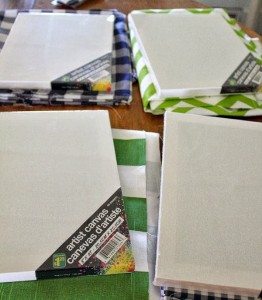 I picked up four plain canvases from the dollar store, each measuring about 8×10. I put them out on the fabric and traced around each one, leaving about 2-3 inches extra to fold over. 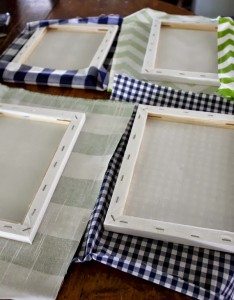 Well, maybe a little more than that. I just eyeballed it! 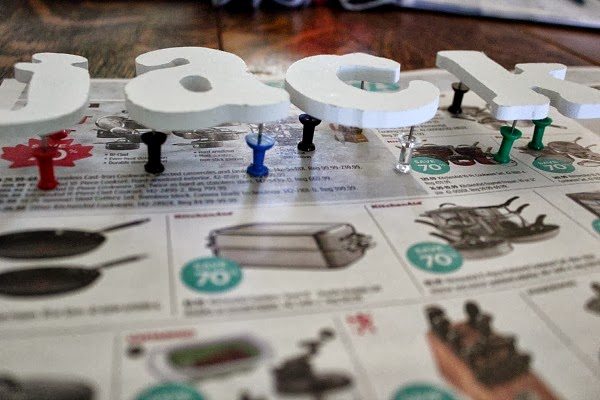 I picked up some small lower-case letters that spelled out Jack from the craft store. I also grabbed a really big “J”. I painted them all with the same white craft paint, just so they’d match. 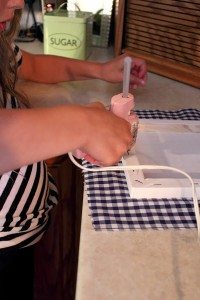 Kennedy helped me wrap each canvas sort of like a present. We used hot glue to keep everything really tight and make our corners as sharp as possible. We found the hot glue worked better than a staple gun for this because some of the fabrics were thicker than others and needed a little extra smooshing in places to make them look really crisp. 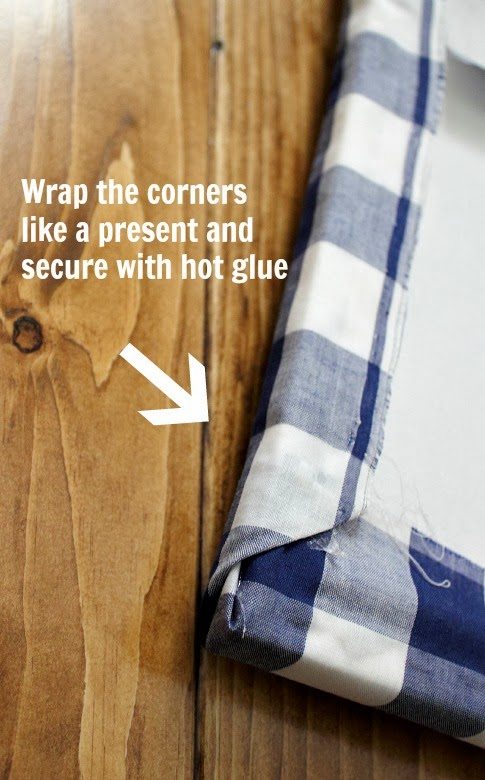 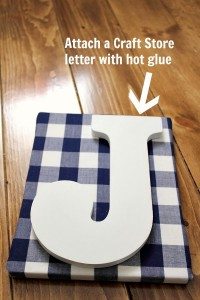 We attached all the letters with hot glue and then the whole projects was ready to shine!
Side note: Do you see the new nursery floors there? Do you see them?! I love them soooo much! A tutorial on that project is coming soon!
Anyway… 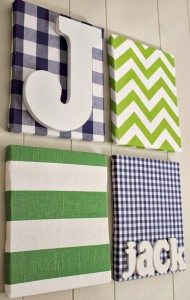 Now we have some wall art! 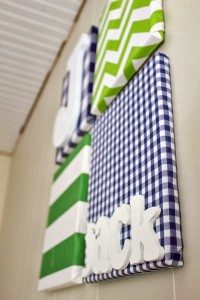 Here you can see how it looks with the wall color and the beadboard ceiling. Crown molding coming soon! 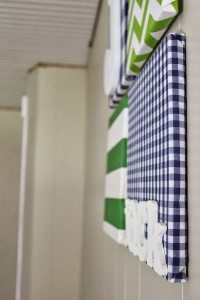 Our execution wasn’t 100% perfect on this project, but it really never is unless it’s something made by a machine, right?(Or Chris!) The key to having an end result that you love, I think, is to start with good quality fabrics in patterns and colors that you really love. And I absolutely adore these ones!
More nursery projects, and more fun fabrics coming up soon!
Thank you so much to Online Fabric Store for providing me with the fabrics for this project and many more nursery projects to come. I wouldn’t be half as excited about how this room is coming together without them!
If you’d like to get to know Online Fabric Store (or OFS, as friends call it) a little better, my favorite ways are through their blog, on Facebook, or on Instagram!
Tweet
Pin7K
Share9
7K Shares