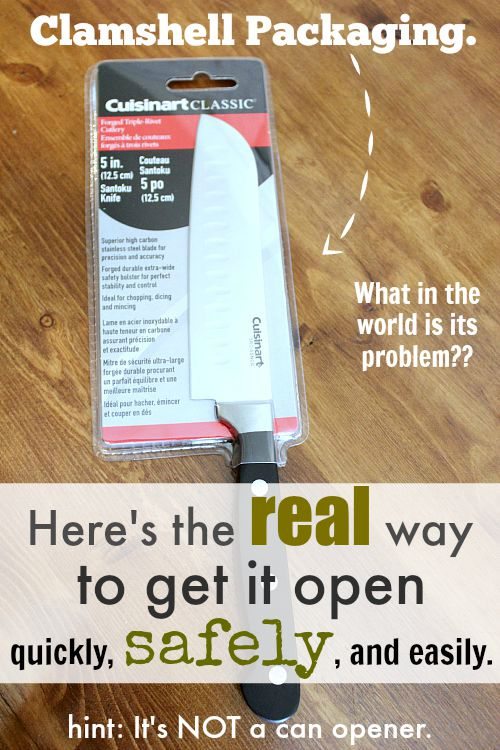 You’ve probably come across the need to get something out of clamshell packaging a time or two in your life. It seems like it’s becoming more and more popular with manufacturers because it’s lightweight, cost-effective, and it guards against tampering. The only problem is that it’s also nearly impossible to open up without facing major frustration or even injury. That stuff is tough!

You may have come across a picture of someone using a can opener to get into this type of packaging. Actually, you’ve probably seen this picture many many times on different social media outlets. It’s one of the most popular pins out there! There’s a good reason for that too! This is a real problem for a lot of people! I’ve tried the can opener trick and sadly, it didn’t work for me. I bet it does work, but you probably need a really specific type of can opener and it probably only works on certain shapes of packaging. And I just don’t know what those are!

The other day I picked up two new knives on sale and they were both in clamshell packaging. I opened the first one up, the whole time thinking how ridiculous it was that I was using one sharp object (scissors) to try to get at another sharp object (the knife), all while creating a third sharp object (the sharp edges of the plastic). And I could have slipped at any moment because cutting through that hard plastic with my kitchen scissors was definitely a struggle. It was particularly ridiculous because I’ve cut myself pretty badly in the past doing exactly the same thing! So that was enough excitement for me for one day and I left the second knife in its packaging.

The next day I picked up a baby thermometer at the store and it was in the same packaging. Don’t worry, no one was sick, I think I just left my old one on a hotel bathroom counter somewhere at some point this Summer and it’s something I like to always have around. After going through that same struggle I thought “There has to be a better way!!”

I put on my thinking cap and grabbed the second new knife, the one that was still in the packaging, to do some experimenting. 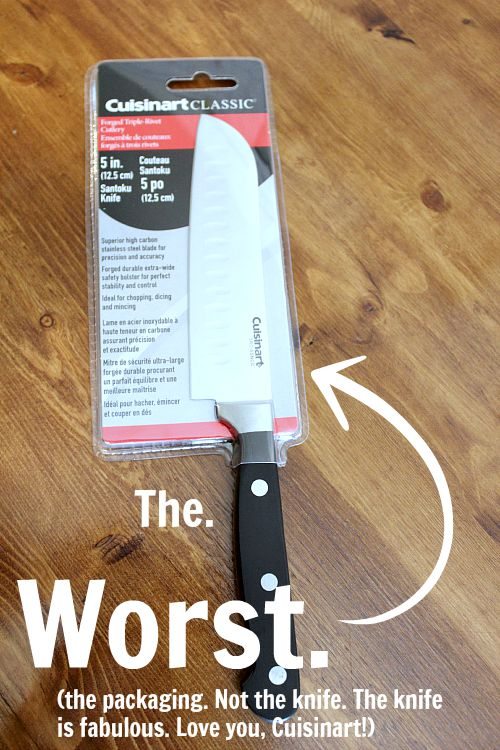 My first thought was to find some garden pruners so I went out to the mud room where we use an old shoe rack to keep all of our garden tools or other tools that we need to grab quickly from time to time. Also, this is the resting place for tools that we use that haven’t made it back out to the garage to be put away for real yet. Guess what I found! The perfect thing! 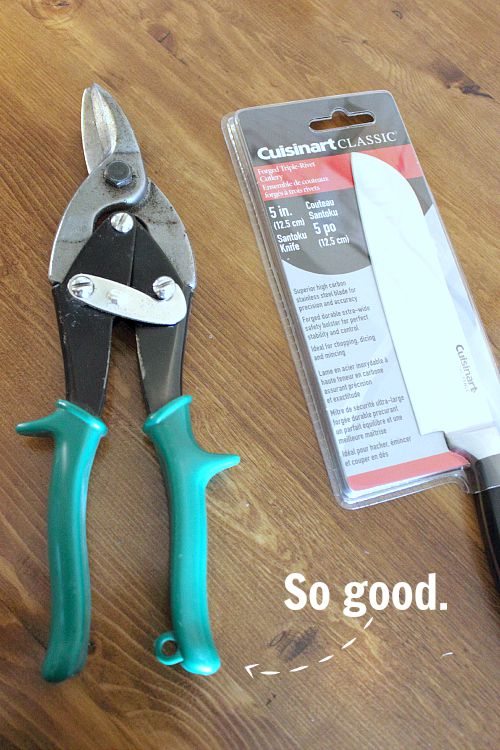 These are called tin snips! I think that the last time we used them was probably last Fall when we were repairing some sections of our downspouts, but I’m glad I stumbled on them that day! They’re pretty much the sharpest, easiest-to-use scissors ever and they’re made to keep your hands safe when you’re cutting through things like sheet metal that end up with a really sharp edge. The angle that these snips make with the plastic packaging keeps your fingers safe, and the fact that they’re so sharp and so strong means that you won’t struggle, slip, and accidentally cut yourself.

To open the clamshell packaging, just cut carefully around the perimeter of the packaging until you can safely and comfortably remove whatever it is you’re trying to get at! 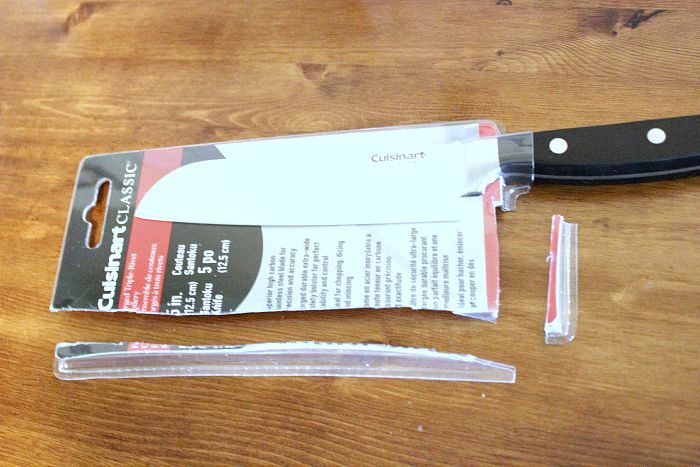 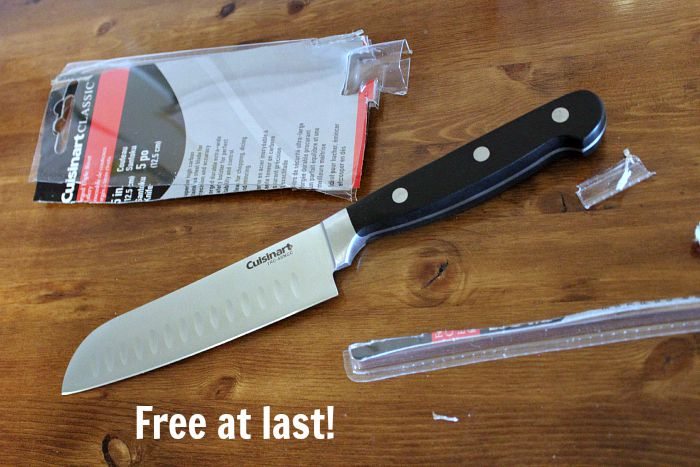 Even if you don’t think you’ll be cutting any tin at any time in the near future, I really recommend that you pick up a pair of these tin snips and keep them in your broom closet or junk drawer or somewhere safe that you can still get at them on a regular basis. I’m pretty sure I’m going to end up using these at least once a week now! They’re great for getting into toy packaging as well! We all know how frustrating that stuff can be!

Looking ahead to the Holiday season and all the extra packaging that seems to come into our homes around that time of year, I’m hoping that this knowledge will save a few fingers from having to go to the ER for stitches!

The links to the tin snips in this post are affiliate links, meaning that I’ll get a few cents if you decide to buy those tin snips right here and now using those links because you just can’t live another second without them. The ones that I linked to are from a reputable brand and are a good price, but as far as I can tell, any tin snips will do the job really well!