OK, I’ll admit that I’m not really the biggest fancy makeup girl. Let me tell you though, whenever I do decide to put it on, I almost always seem to drop something on the bathroom floor and shatter it into a million pieces. Sometimes I tell myself that I can still use it in its crumbled state, but eventually I always just throw it out because it makes too much of a mess. I never thought I could actually fix my broken makeup!

From now on though, things are going to be different!

I’ll probably still drop things constantly, but now I can just mosey on into the kitchen and fix it right up, good as new!

Here’s how to do it!

So you start with some broken makeup. You know how it looks! 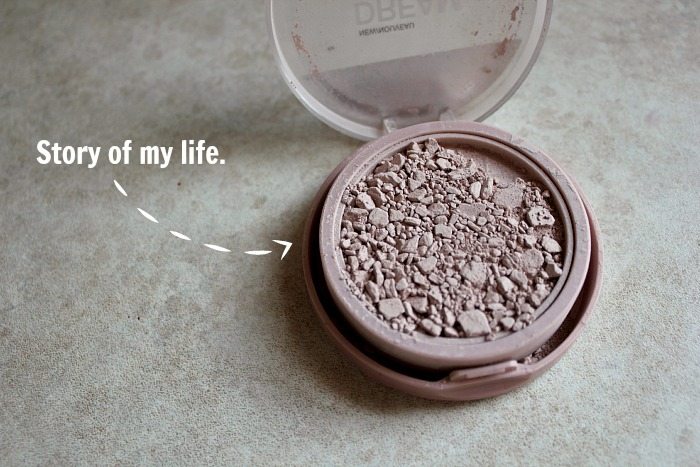 Next, grab your favorite bottle of rubbing alcohol!

Shake a few drops onto the broken makeup and start stirring it around with something like a toothpick. 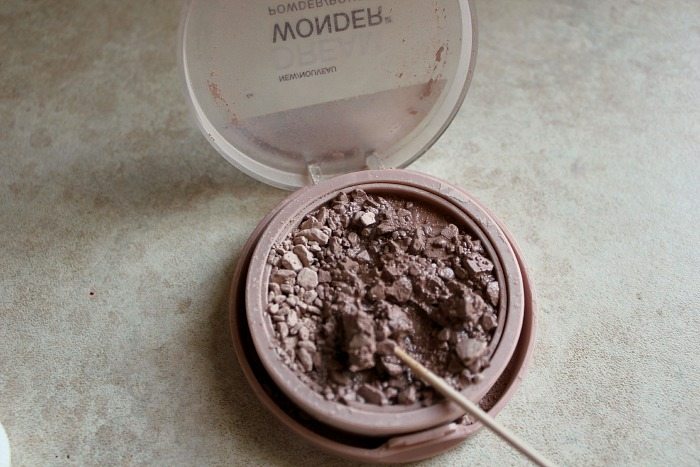 I really thought I’d have to break all the chunks up, but they dissolve instantly right into the rubbing alcohol! 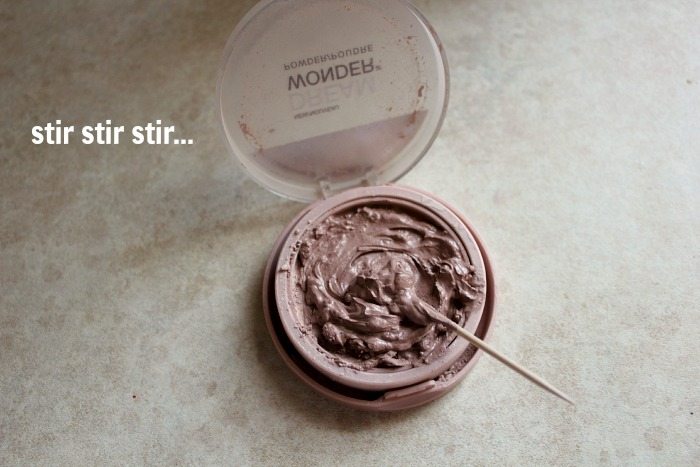 After a few seconds of stirring, use your toothpick to smooth out the surface of your makeup again. You’re probably a bit more patient than I am, so yours will probably look much better than mine. 🙂 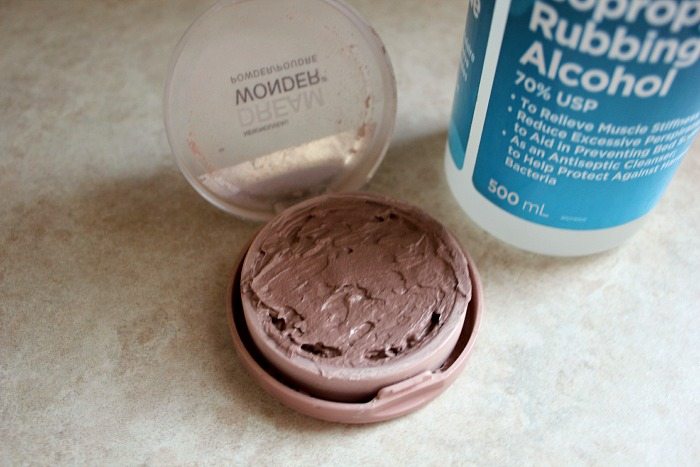 The rubbing alcohol really evaporates so quickly! Mine was all dry in about an hour and a half! 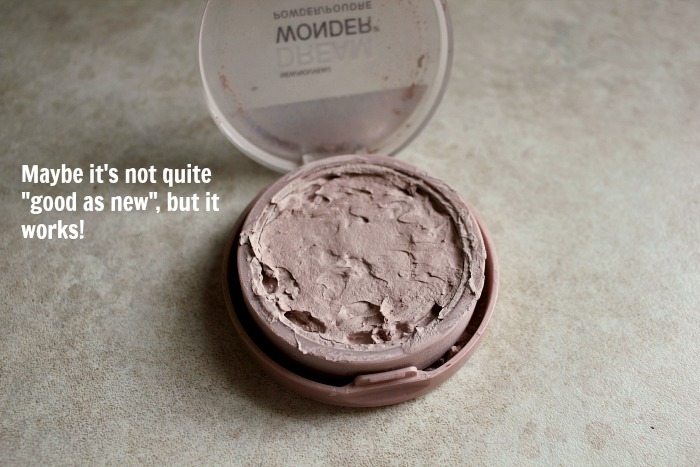 Whether yours is perfectly beautiful and smooth after it dries, or looks a little…um… interesting, like mine does, the important thing is that it works again! Yay!

Another one of life’s little annoyances, solved!

Rubbing alcohol really is some pretty great stuff! If you’re wondering how else to use that bottle you picked up for less than a buck, you can find a few more of my very favorite uses for it here!