I bought myself a couple of new toys the other day when I was out. Just cause I felt like I deserved it.

I had an hour or so to myself so I brought them home and started playing around with them on the dining room table, along with some junk from my “fall box”. I ended up with something I thought I might like to keep around for awhile, even though I wasn’t planning on coming up with anything spectacular. 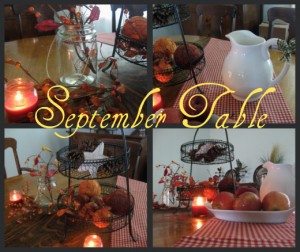 My first new toy is this black chicken wire stand thing (what are these even called in the real world?). Pretty much, you throw a bunch of junk in it and it looks perfect. 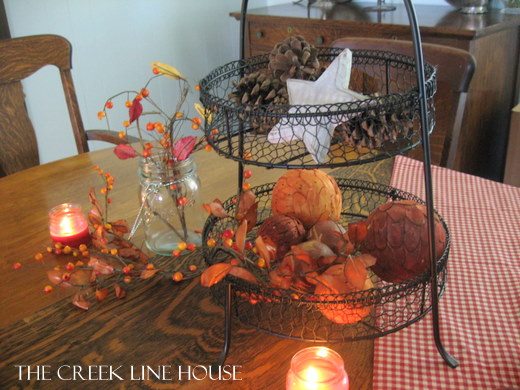 I also picked up this little hanging mason jar. I know I could make it, but it was 2 bucks, so I splurged. 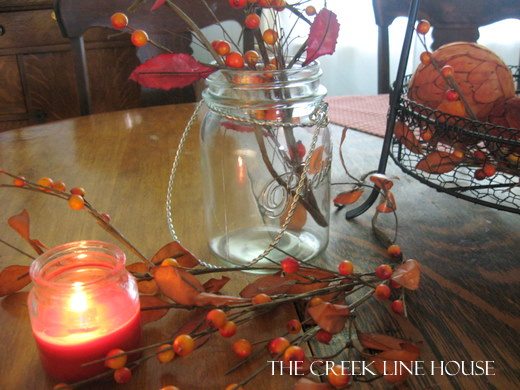 A few of you told me that fall colors would work just find with my weird turquoise walls, but I have to say I was a non-believer. I think I get it now though. 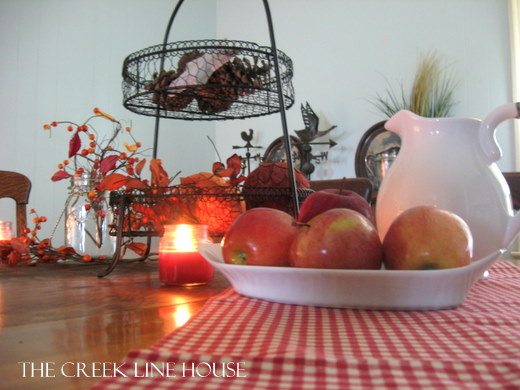 It’s kind of like a clear blue sky shining over the changing leaves on frost dusted tree-tops on a crisp fall day.
I know, so poetic, right? 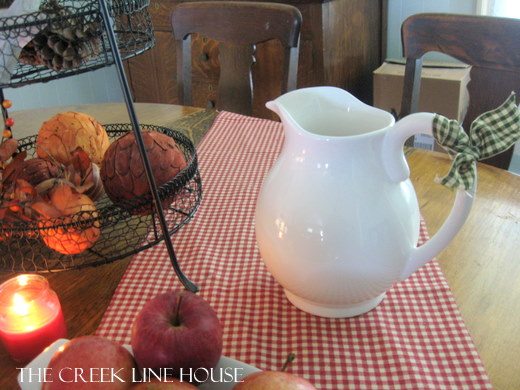 I’m calling this my September table, because ultimately I’d like to do something a little later in the season with pumpkins and gourds and real leaves and whatnot. Everything on this table was just stuff I had leftover from last year. (Except the apples, that would be gross.) 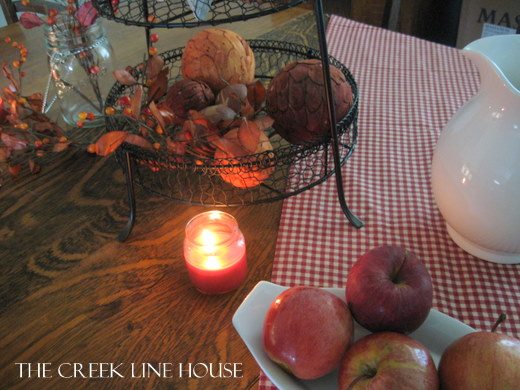 This is kinda harvesty with the apples and the gingham, but in a pinch, I’m sure I could keep it clear through Thanksgiving and not sweat it one little bit.

And yes those are moving boxes you can still see in the background.