I’ve been on the lookout this year for a set of three matching Christmas stockings for us. I’ve found some that I kind of liked, some that I liked quite a lot that were too expensive, and lots of just plain ugly ones.

Then I found these: 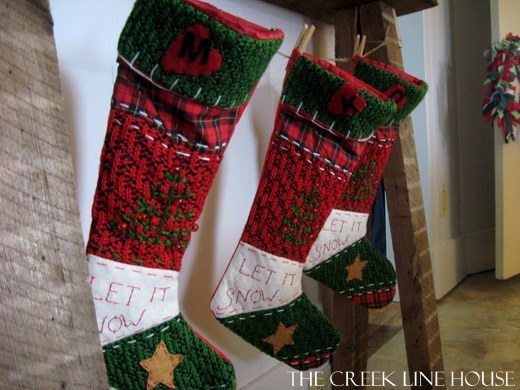 OK, let me explain. They weren’t really free, but I had already bought them last year. I guess I had the same idea in mind last year at the end of the season and I’d forgotten that I’d bought them. So this year I ended up spending zero dollars and zero cents on them. Pretty neat huh? 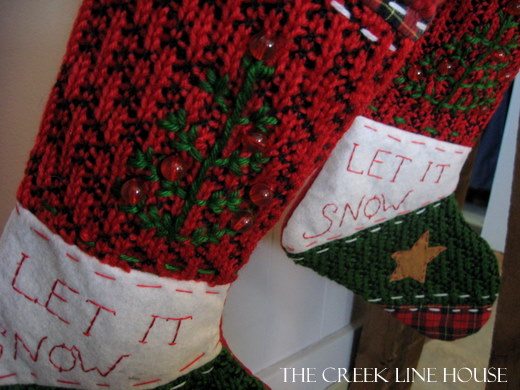 And the best part is that I like them so much more than anything I’ve found yet this year. 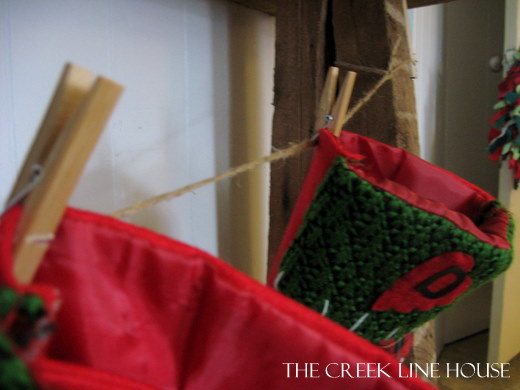 I hung them on the fantle with a little twine and some clothes pins. I’m still on the lookout for some stocking holders that I like that aren’t like a million dollars each. Alternatively, Chris could just make me some.

Yeah, I think he should just make me some. 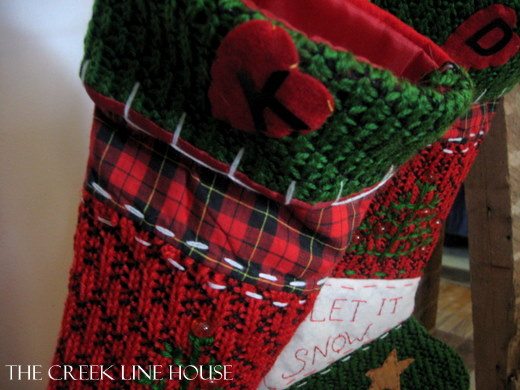 Yup. I love em. Thanks, me of last year!