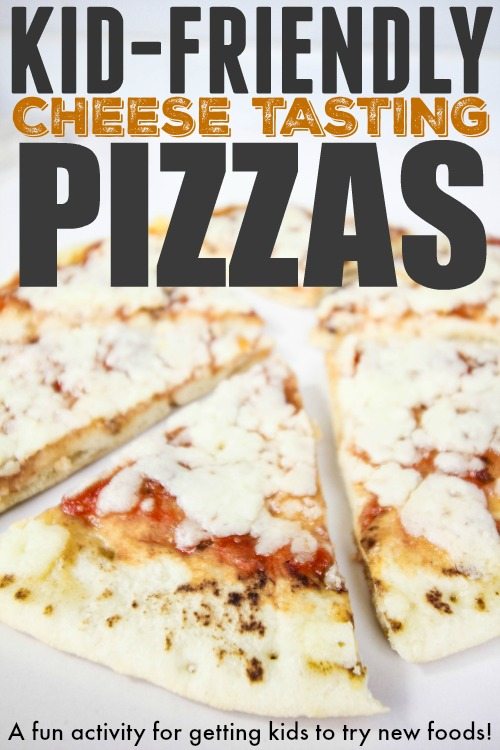 I’m always trying to get my kids to try new and interesting foods in the hopes that one day they’ll learn to appreciate and really enjoy them. I’m usually fairly unsuccessful, I have to admit, but I always think that at least a little bit of exposure to some foods other than chicken fingers and macaroni will at least give them a jumping off point when they’re ready to try some new things when they’re older. If you don’t learn to enjoy a large variety of foods when you’re younger, I think you’re really robbing yourself as an adult of one of the best, simplest pleasures in life.

I had this idea recently to introduce my kids to the wonderful world of cheese in a very kid-friendly, non-scary kind of way: mini pizzas! We got together in the kitchen after an afternoon of bike-riding on one especially warm day, made these mini pizzas, and then had fun tasting the differences between the pizzas, each made with a different cheese. This would be a great little spring break activity if you’re starting to plan for that! 🙂

We made a little behind-the-scenes video of the whole pizza making process so you can see all the fun for yourself, so check that out and then keep scrolling down for the step-by-step version of our cheese themed adventures! 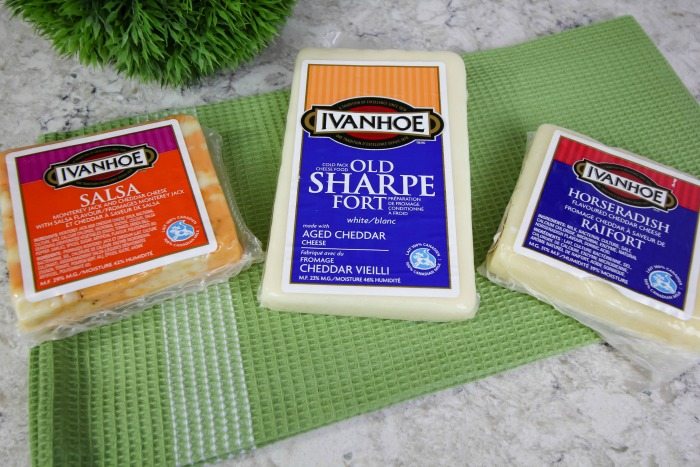 We started out with three different Ivanhoe cheeses and then rounded out our pizza-making supplies with just some pita bread to use as a crust and store-bought pizza sauce. We left out any extra toppings or herbs so we could really taste the cheeses! The cheeses we used for this were the Salsa flavour, the Old Sharpe White Cheddar, and the Horseradish Cheddar. 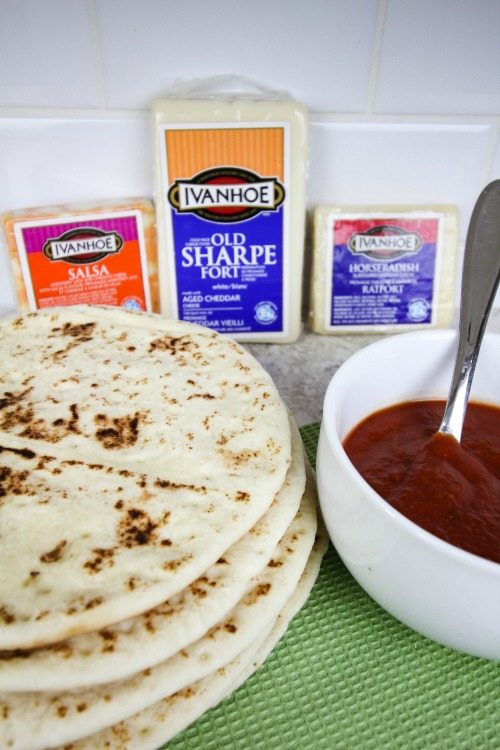 The kids each took a turn grating the cheese and that actually ended up being a learning experience as well! 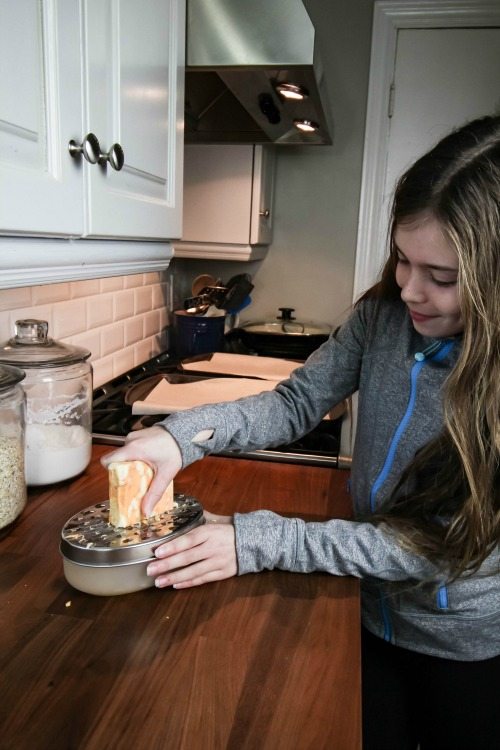 They’ve grated cheese before, but it was neat for them to see that different cheeses have different textures compared to just the plain big block of cheddar or mozzarella that they’re used to. The Old Sharpe White Cheddar was super crumbly for instance and it even melted differently, which was probably something they haven’t seen before, or at least something that they’ve never noticed. 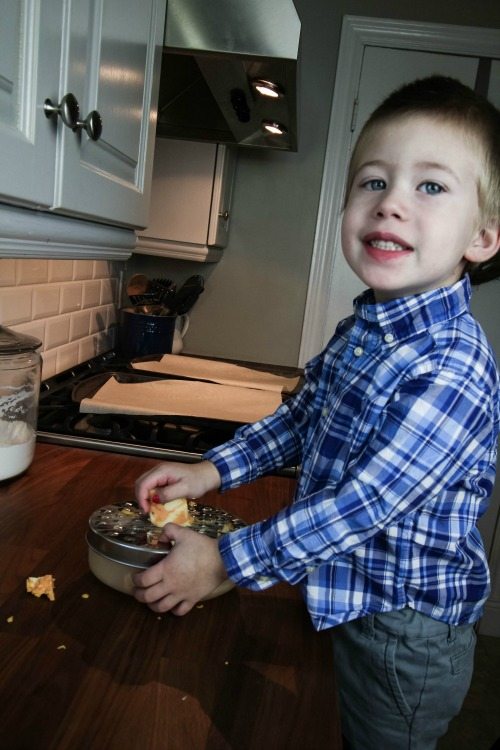 Some kids were a little more focused on that task at hand than others, of course. 🙂 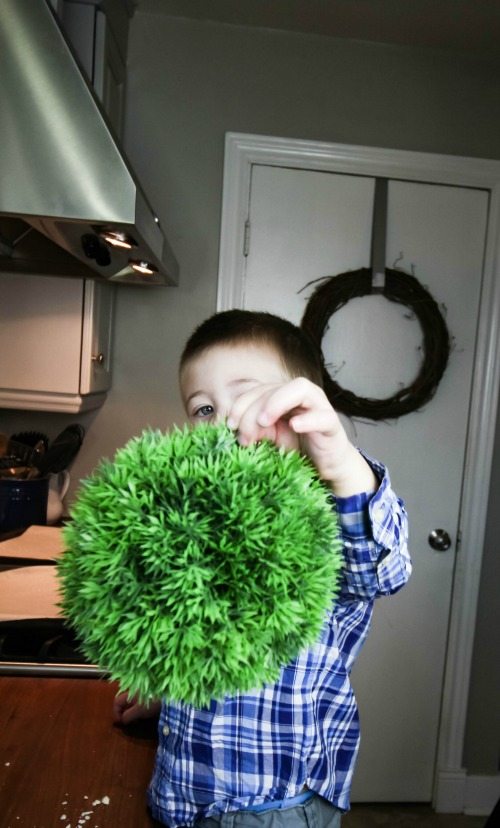 It got a little hectic and a little messy, but we eventually had all three cheese grated and ready for pizza! 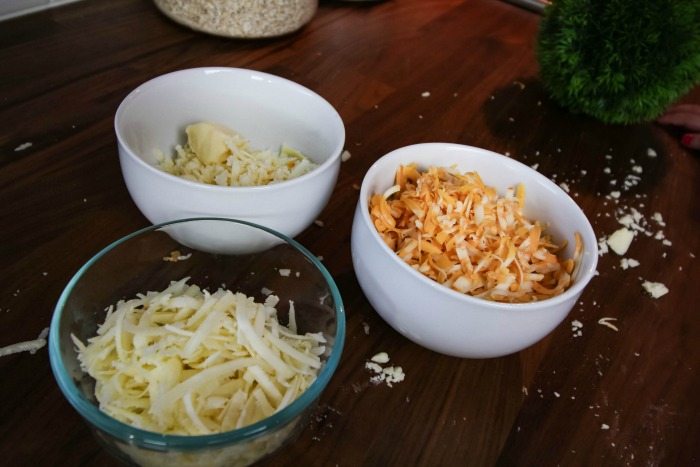 The kids got brave at this point and tried a pinch of each of the different cheeses before they were even pizza-fied! Kennedy’s favorite was the Salsa flavour, which I was pretty surprised by because it has little flecks of veggies and herbs in it and that would normally kind of freak her out. Yay for growth! 🙂 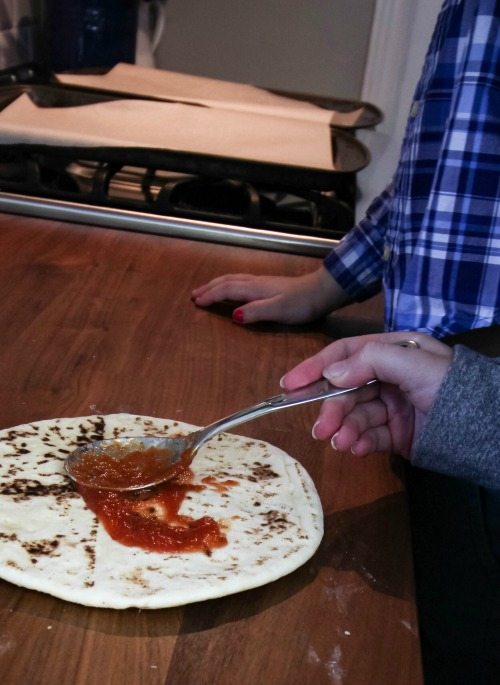 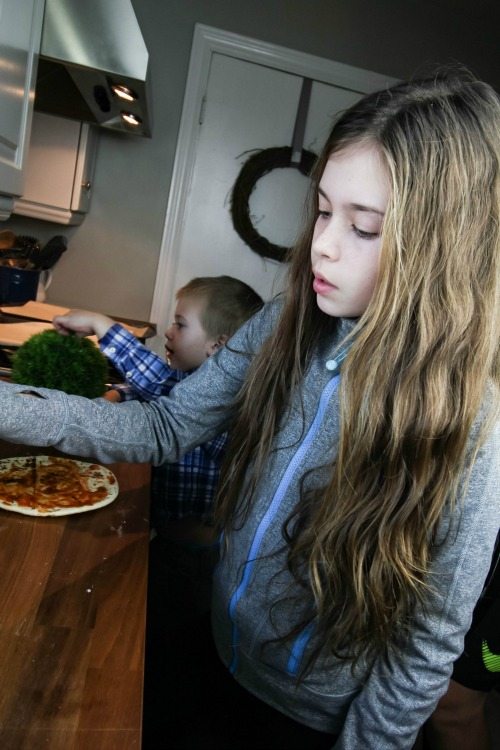 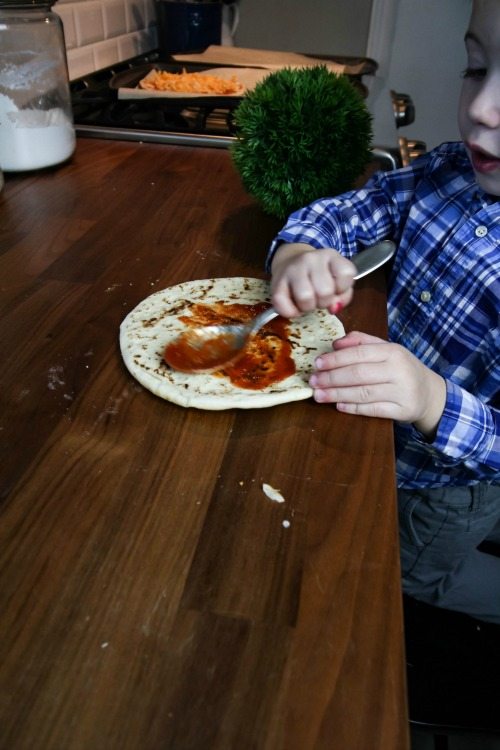 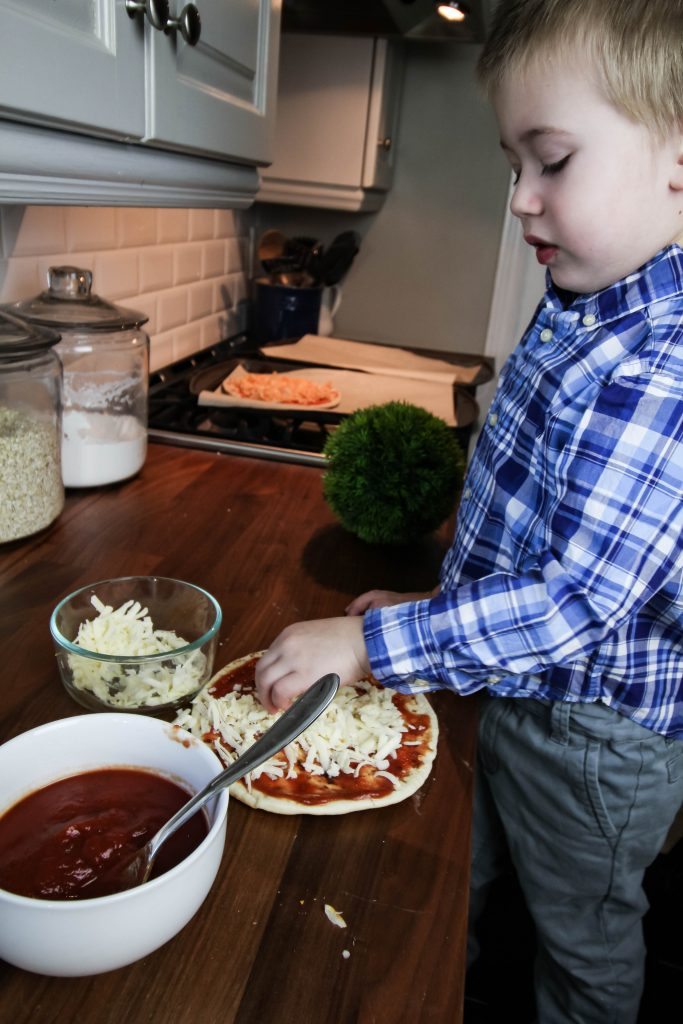 We spread a bit of the pizza sauce over our pitas, sprinkled a different cheese on each one, and then baked them in a 400 degree oven for about 10 minutes. 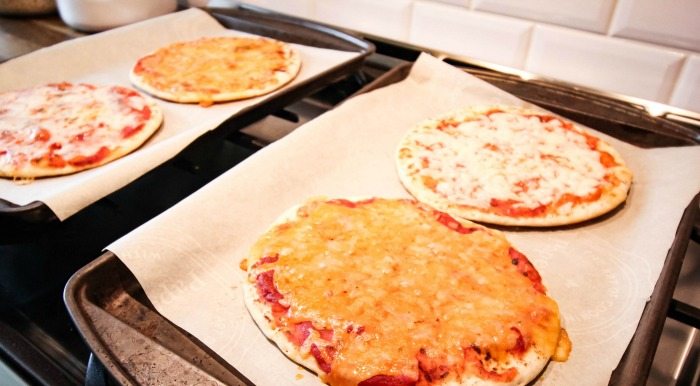 Then it was pizza time! 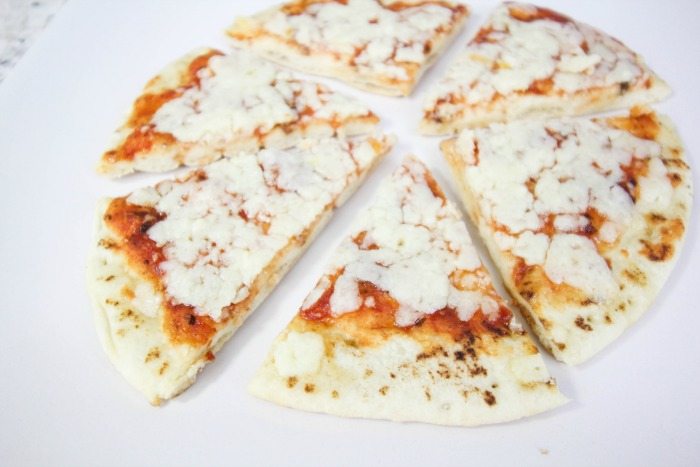 This was such a fun (and OK, a little sneaky) way of getting the kids to try a few new cheeses that they would normally just run away from. But who can resist the chance to play around in the kitchen and make pizzas? 🙂

Do you have a fun trick for getting your kids to try new foods?

I created this blog post as a paid ambassador with Gay Lea Foods and PTPA. All opinions and advice are my own as always!